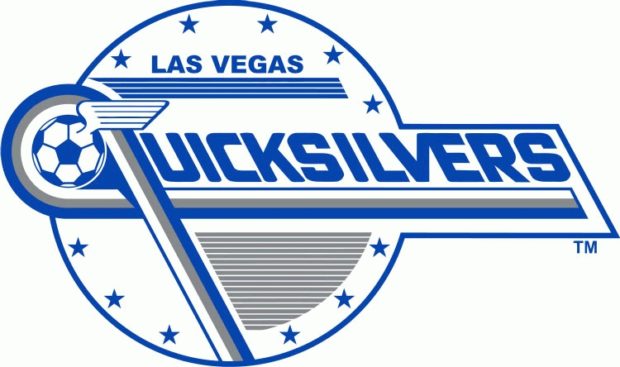 The 1970’s was a strange decade. The fashion, the fads, and what was with all that brown and orange wallpaper? Then in football you had the North American Soccer League.

There were a lot of weird and wonderful things that went on with the old NASL but 1977 certainly stands out as a particularly bizarre year. It was a year where new markets were tried, and spectacularly failed, seemingly serving as major steer clear lesson for the decades that followed.

Last week, with a Vancouver Whitecaps team set to take to the pitch at Aloha Stadium for the first time in 41 years, we brought you the story of Team Hawaii and the days when the ‘Caps headed to the island to play a league match in 1977. And we’ve got to say, we were delighted to see that the article proved incredibly popular!

So with the ‘Caps set to take on new USL side Las Vegas Lights tonight in a preseason friendly, we just had to take a look at the last time a Whitecaps team played in Sin City as well, as we journey back to the days of the Las Vegas Quicksilvers, when the ‘Caps headed to Vegas to play a league match.

I love my football history and the NASL has always fascinated me. Even when I was a kid over in Scotland, I was collecting football programmes (programs to the rest of you reading this!) from visiting NASL teams touring the four corners of the United Kingdom on pre and post season friendlies. And I still have them.

Such exotic names to a kid growing up used to a bunch of Uniteds, Citys, and their ilk. No Aztecs, Earthquakes, or Rowdies for us. The 1977 NASL season saw a couple of names disappear as the teams folded (Boston Minutemen and Philadelphia Atoms) and two others change their names (Hartford Bicentennials became the Connecticut Bicentennials and New York Cosmos dropped their city name to become just the Cosmos).

Three other teams relocated altogether, throwing up three new names for fans. The Miami Toros moved to Fort Lauderdale and became the well known Strikers, and as we talked about last week, the Thunder left San Antonio to become the horribly named Team Hawaii. 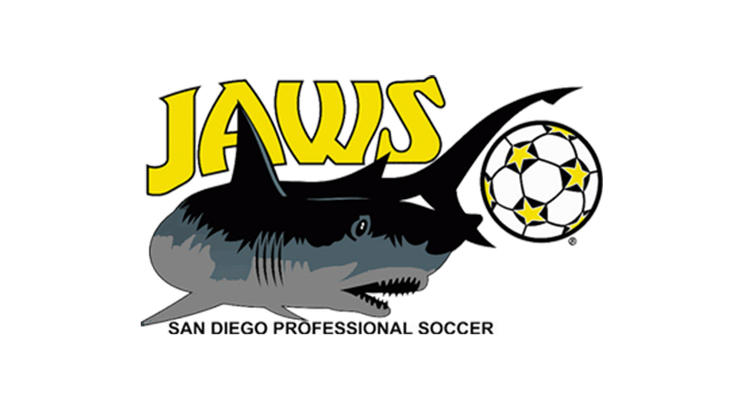 This was the second move for the team, who had started out in the NASL as the Baltimore Comets in 1974. The Comets lasted two seasons in the league, but the writing was clearly on the wall for them not long in to the 1975 season when they were evicted from their Memorial Stadium for not paying their rent!

The team was bought by Ken Keegan, who partly owned the San Jose Earthquakes, and relocated to San Diego, naming them Jaws to try and cash in on the 1975 film. But there were to be no sequels for them, as they finished last in their division and lasted one season in California before Keegan decided to move them once again, this time to Nevada.

As the team began life in the land of card sharks instead of water ones, the Las Vegas Quicksilvers were born to become Sin City’s first, and so far only, top tier soccer club.

There’s probably good reason for that.

Based out of Las Vegas Stadium (now called Sam Boyd Stadium), the Quicksilvers struggled to draw crowds, despite having a squad that included Portuguese legend Eusébio and a visiting cast of legends in the other teams. 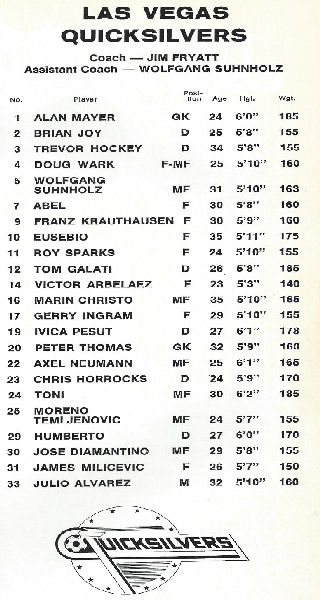 The Quicksilvers attracted 92,031 fans to their 13 home matches that season, an average of 7,079 and the fifth worst amongst the 18 teams in the league. Still better than Team Hawaii’s 4,543 average and unlike the islanders, who were playing in a cavernous 50,000 capacity stadium, the Las Vegas Stadium at that time had a seating capacity of just 15,000. It doesn’t look as bad when it’s at least half full.

They drew their biggest crowd for their first ever match, a 1-0 win over the Cosmos. 11,896 headed to Las Vegas Stadium for that one, but they didn’t seem to get the bug, possibly because of the travellers nature of the city, and drew their lowest crowd of the season for their next home game, a 1-0 loss to Team Hawaii.

Despite a fairly strong start on the pitch, the Quicksilvers finished bottom of the Pacific Conference Southern Division, below Team Hawaii, mustering just 11 wins on the year. It was something of an all-round disaster for the team and they lasted just that one single season in Vegas before heading back to San Diego under new ownership to become the Sockers, lasting out the NASL and up to 1996 as an indoor league team.

The Whitecaps played the Quicksilvers twice that season, travelling to Vegas on Friday May 20th, before hosting them at Empire Stadium in the ‘Caps penultimate home regular season match on Sunday July 24th.

The meeting of the two teams at Las Vegas Stadium wasn’t a classic. A 0-0 draw played out in front of what was to be the Quicksilvers’ third lowest crowd of the season of 5,527. See, even all those years ago the ‘Caps could grind out boring games!

But this was the NASL and you couldn’t send the fans home on a draw, so the shootout followed and the ‘Caps lost.

Two months later though and the teams met again in Vancouver and this time the Whitecaps came out on top. 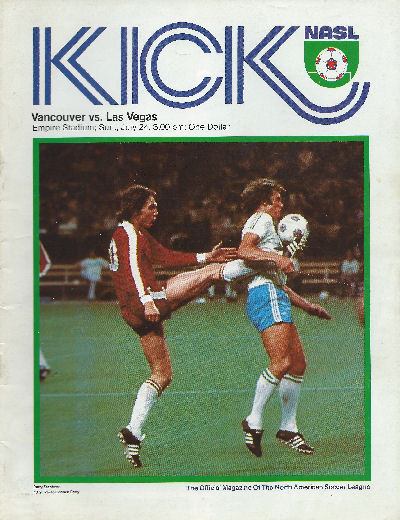 11,193 were at Empire Stadium that Sunday to see what was to be the second and final ever meeting between the two teams. I only have three ‘Caps programs from that season in my collection, but luckily enough this was one of them (more on which later today on the site in a new feature).

Goals from Canadian defender Garry Ayre and English striker Derek Possee gave the Whitecaps a 2-1 win over their Vegas visitors. An interesting little tidbit for you is that the Quicksilvers goal was scored by Englishman Brian Joy, father of former Portland Timber, and current Fox Sports analyst, Ian Joy.

Just as a side note, the ‘Caps finished that 1977 season second in the Pacific Conference Western Division, before losing 2-0 to Seattle Sounders in the first round of the playoffs. Some things never change.

So that’s the story of the short lived Las Vegas Quicksilvers. Soccer has struggled to get any sort of foothold on the city ever since. There have been a few outdoor and indoor team playing out of the city over the years, but none of them at that high a level.

None of the teams seem to stick. Can Las Vegas Lights FC buck the trend? Well it’s certainly the highest level of soccer seen in the city since the brief NASL days of the Quicksilvers.

They’ll be playing out of the 9,334 seated capacity Cashman Field, where the ‘Caps friendly tonight takes place. With standing areas, the capacity rises to 12,500 and they drew 10,383 fans to their first ever match last Saturday, a 2-0 friendly loss against Montreal Impact.

It’s a good, manageable size, but is a converted baseball configuration as they share the stadium with the New York Mets Triple-A affiliated Las Vegas 51s.

Can they survive more than a season or two? History would say no, but it’s a much different sporting landscape in Vegas these days. Don’t bet against them.