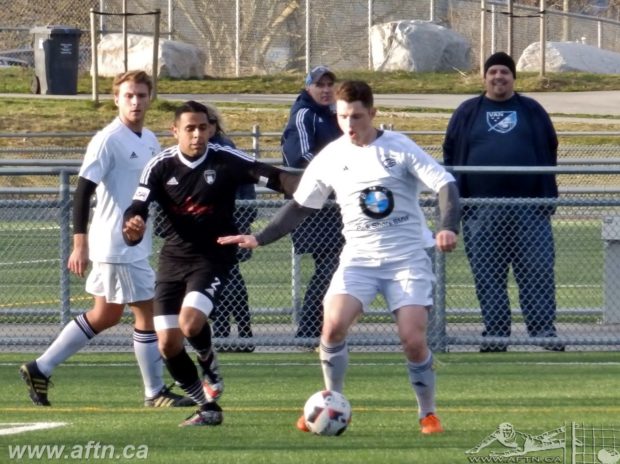 It was semi-final weekend in both the VMSL Imperial and Division 2 cups this past Saturday, with a lot more enjoyable action being served up than what we took in at BC Place in the afternoon.

The end result of it all is another cup final meeting between VMSL Premier Division powerhouses Coquitlam Metro Ford Wolves and Pegasus FC, with the two old foes set to square off once again on April 1st at Percy Perry Stadium in Coquitlam.

Coquitlam are looking for back to back league and cup doubles, having all but secured the VMSL Premier title for the second straight season. The Wolves technically need five points to wrap that up, four would do with their massive +32 goal difference, but it’s already a foregone conclusion that the championship is theirs.

What’s driving them on now is another Imperial Cup and then taking their excellent league form, that has seen them lose just one game and drop four points in total all season, into the Provincial Cup next month, as they look to land their first provincial crown since 1999.

Rovers Tigers United were the team trying to prevent their match to another Imperial Cup, but Coquitlam ran out fairly comfortable 2-0 winners in the end in their semi-final at Empire Fields.

That now sets up a repeat of last year’s Imperial Cup and Provincial A Cup finals between Coquitlam and Pegasus. Coquitlam won the former, with the Horsemen winning the far bigger prize in May and advancing to the nationals.

Pegasus also recorded a 2-0 scoreline on their way to the final, seeing off West Van with a goal in each half and missing a first half penalty on the way. We were only able to take in the second half by the time all our Whitecaps postgame stuff was done and dusted, but Pegasus were worthy winners, controlling much of that half and looking dangerous every time they broke forward.

You can see Pegasus’ game clinching second goal against West Van in our video below, along with a couple of late chances from Whitecaps Residency alumni Yassin Essa.

Having already lost twice to Coquitlam, the latest of which came just last week, it’s going to be an uphill battle for Pegasus to stop Metro Ford doing another double, but don’t write them off just yet.

Very disappointingly, the final takes place at 5.30pm on April 1st, clashing with the Whitecaps home game with LA, so unfortunately we won’t be able to cover it fully.

The Division 2 Cup is still awaiting to confirm one of its finalists after all the weather disruption, but Shaheen FC are looking for a league and cup double of their own.

The Division 2B side are three points behind league leaders Burnaby Select White Eagles but with a game in hand, as they look to return to Division 1 at the first attempt. They also now have a cup final to look forward to after seeing off the previously unbeaten Coquitlam Metro Ford Lupi 2-0 at the Memorial South turf on Saturday afternoon.

Having already basically wrapped up their own league title, Division 3C side Lupi were borderline favourites for this one, after an unbeaten season so far that has seen them score 69 goals in the league, conceding just seven along the way, and having previously disposed of Division 2A leaders Burnaby Metro Athletic in the last round.

Who they will play in next month’s final is still to be decided, but it could be fellow 2B side NVFC Norvan Storm, who sit just one point and one place behind them in the league standings and are still pushing for the title themselves.

Having seen their quarter-final tie with 13th Legion abandoned midweek due to a floodlight failure, Norvan Storm needed penalties to get past the Division 2A title contenders after the sides were tied 0-0 after normal time, after Norvan went down to ten men 20 minutes in.

Norvan will now face Division 2A strugglers Vancouver Strikers at Trillium on Friday night (Kick off 8.15pm) to see who will meet Shaheen in the final.

In league play this past week, very little was settled from the matches played, but in the Premier Division, North Delta SC’s relegation fate could be sealed this coming weekend if they lose to Richmond Hibernian or Pacific United or EDC Burnaby pick up at least a point from their games.

It’s still all to play for in the Division 1 promotion race, with Campo Atletico keeping hold of their grip on the second and final spot following a narrow 1-0 win at GN Sporting Club on Friday night. CCB Guildford remained one point behind in third after a 2-1 win at Rino’s Vancouver on Saturday, and NVFC Norvan Lions still control their own promotion fate with two games in hand after winning 2-1at home to FC Romania on Sunday.

The division is set up for a grandstand finish so get out and see some games if you can. You can find all of this week’s fixtures, for all the divisions, on the VMSL website HERE. 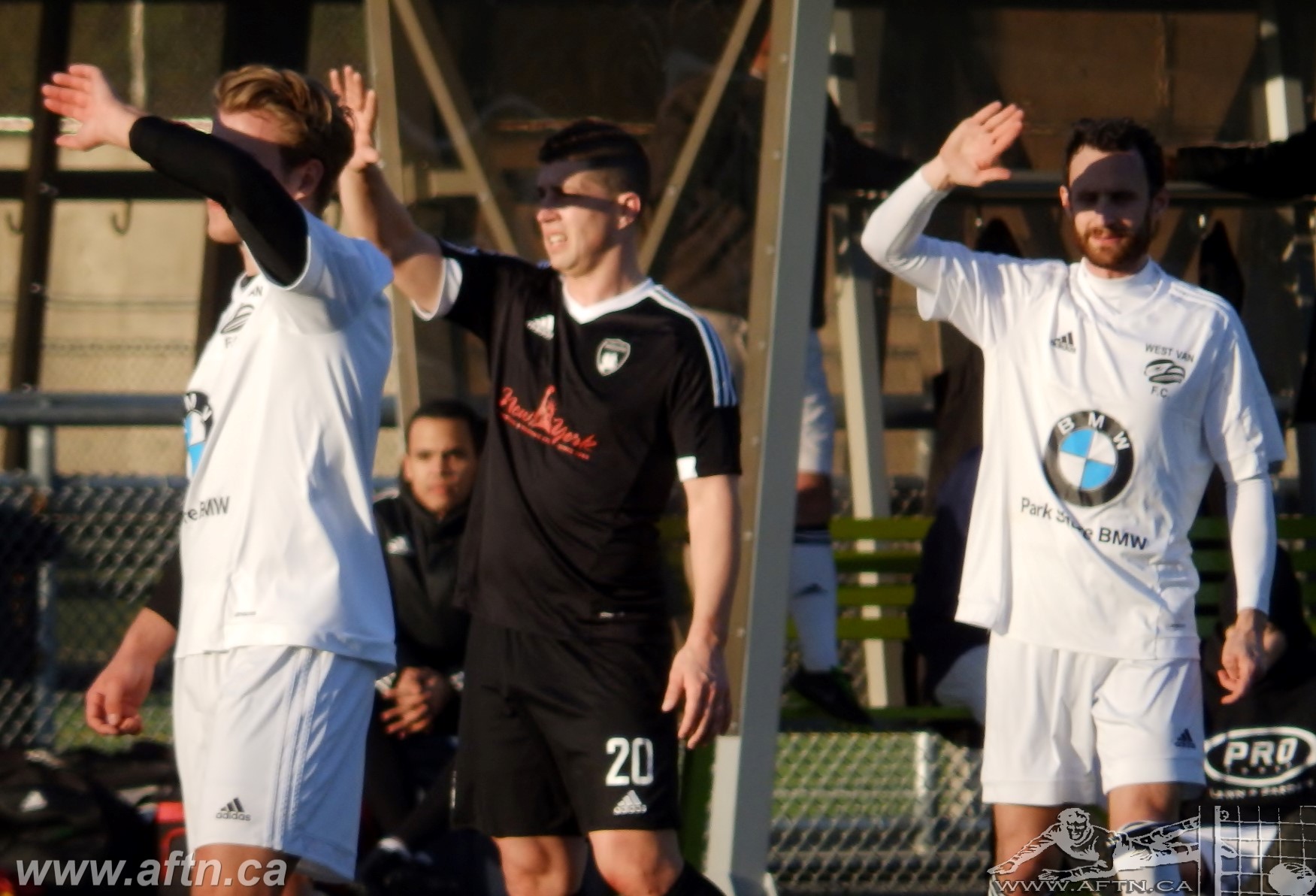