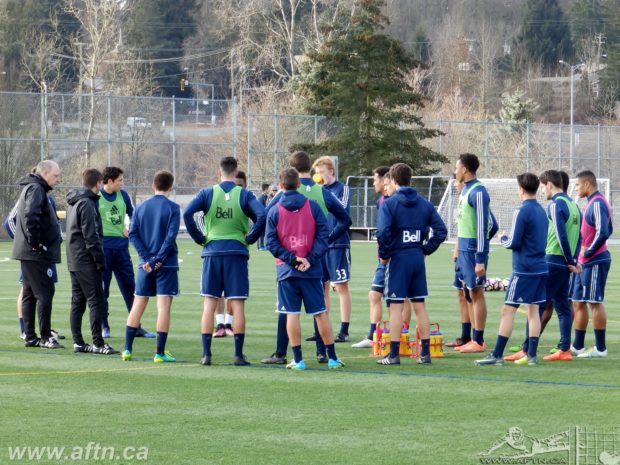 The new USL season gets underway tomorrow, with WFC2 in action as they travel to the Stub Hub Center in Carson, California to take on LA Galaxy II at 2pm.

It promises to be another exciting and interesting USL season ahead, the League’s first after securing Division II status by the U.S. Soccer Federation in January. There’s three new arrivals to the league, two from the NASL, Ottawa Fury and Tampa Bay Rowdies, and one new club altogether, Reno 1868 FC, and a number of sides will be playing in new purpose-built stadiums.

In Vancouver, WFC2 will be hoping to follow up last year’s successes, which saw them reach the Western Conference final and start the season with a ten-match unbeaten run, with another stellar campaign, but it’s going to be a much more challenging season in store for an even younger squad.

It was an offseason of upheaval for the ‘Caps, with head coach Alan Koch heading to the ambitious FC Cincinnati and his replacement, Rich Fagan, only being appointed on February 20th.

The massive benefit that comes with Fagan’s appointment is that he already has an in-depth knowledge of a number of the squad from their time coming through the Residency program. He’s known some of these guys from their pre-teen years. That should serve the club well moving forward, and makes for a very smooth transition.

Not much time to prepare, and even less than Koch had when he took the helm for the ‘Caps first season in 2015, and we saw how that went. But from what he’s seen from the three preseason friendlies and his short time with the group so far, Fagan feels the team’s all fired up and ready to go for the season ahead.

“I would say so,” Fagan told AFTN at WFC2 training this week. “First and foremost, what struck me most about this group of players is the cohesion. We’ve got some young players that have come through the Residency, but there’s older players that we’ve acquired through the draft as well as college and USL.

“But they’ve come together really quickly, which is important, so that makes a big difference in terms of preparing and getting ready for the first game against LA.” 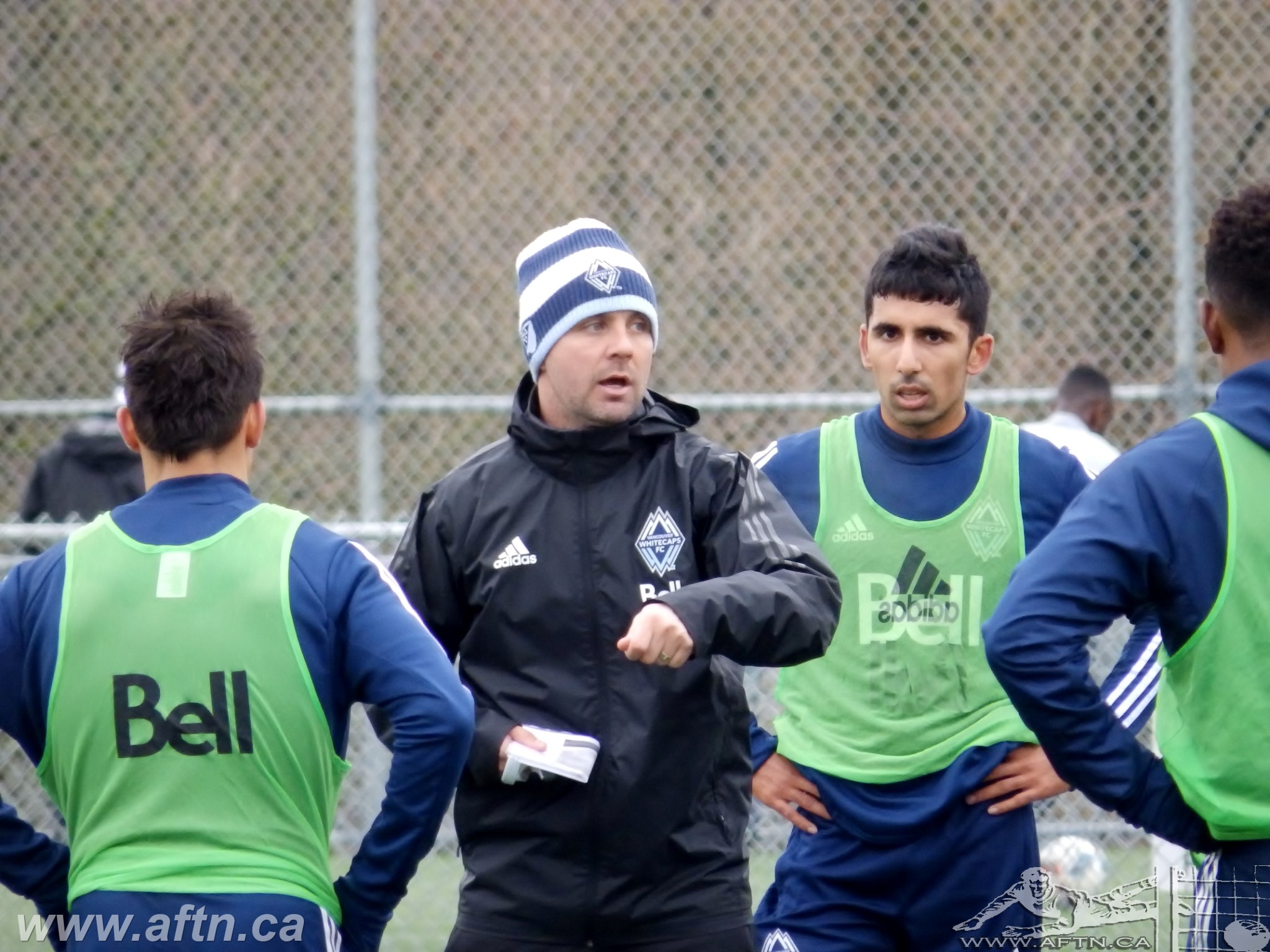 It’s another young WFC2 squad, even more so than in their first two seasons. There’s 16 players signed to USL contracts, with six of them still teenagers. A number of the older, more experienced players have moved on, with only five new additions, including the Whitecaps Second Round MLS SuperDraft pick Francis de Vries and former Timber 2 defender Andy Thoma.

At 23, Thoma is one of just three players aged over 22-years-old. One of last year’s standouts, Will Seymore, and goalkeeper Mark Village are the old men of the group at 25.

That marks a bit of a change of direction for the team from their first two seasons that saw former TFC player Tyler Rosenlund brought in as an older, experienced head in 2015, and striker Kyle Greig brought in last year, before earning a MLS deal this offseason. Both players had a lot of experience of playing in the USL under their belts, but this time around the feeling is that the current group have already gained their own experience from their first two years in the league.

“It’s been a quick turnaround for a lot of the young players,” Fagan said. “But for me, they’re not as young any more. They’ve gained good experience last season. Will’s 25. He had a very good college career and he was a big part of the team in previous seasons. He is that guy now. He’s one of those players.

“I would say the same about Sem [de Wit]. Francis, who we’ve brought in also. There’s a good core of what I would consider senior players, that are going to add that sort of maturity that you would expect.”

Fagan’s had to hit the ground running in his new role, spending little time with the squad before the club’s three preseason friendlies – a 2-0 win over UBC Thunderbirds, a 4-2 win over SFU Clan, and a 3-2 loss to the Fraser Valley Soccer League’s All-Star team.

Those games helped get some chemistry and understanding going, along with a number of tough training sessions. Two games on the road to start the season will also help with the team bonding, but it’s already is a group that is clearly comfortable together and enjoy being around each other. 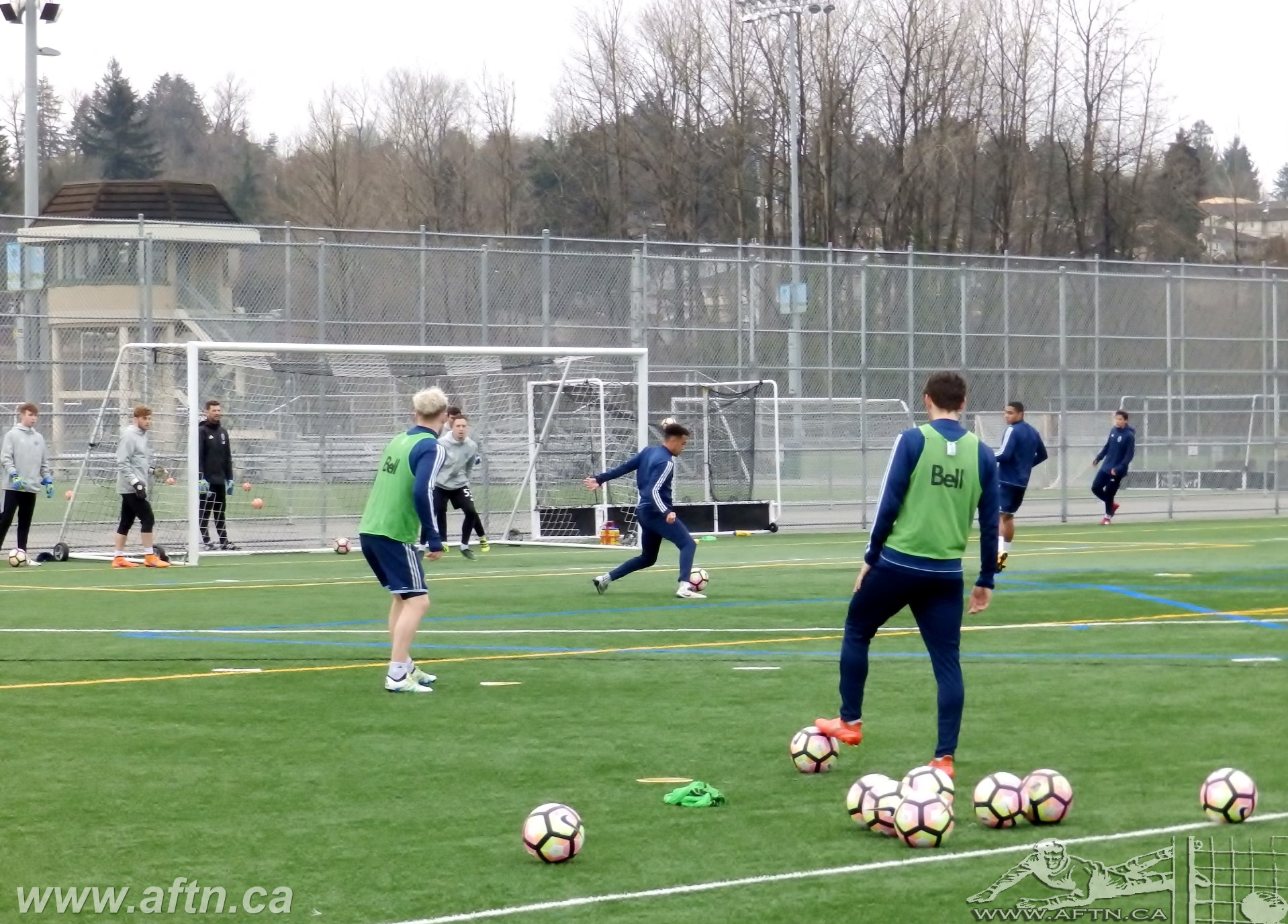 But it looks like being a long, hard season ahead that will test every inch of this young squad’s resolve. Defence will be crucial, and de Wit and de Vries will need to be at their very best. It’s an especially young midfield. Lots of creative flair in there, but lacking the experience and that old head to calm things down and dictate play. This could be a season where we see Marco Bustos either rise to the occasion or regress. A lot will be on his and Ben McKendry’s shoulders when they drop down from the MLS squad.

Goals look like they may be hard to come by. Thomas Sanner has looked sharp in preseason, but can he lead the team on a consistent enough basis for a whole season? Kyle Greig will drop down for matches, but Terran Campbell will be a player that sees a lot of minutes this season and it could be a real breakout year for him, but he’s still only 18 and it’s a big ask for him to carry a team’s scoring.

It could also be a big year for Residency standout Gloire Amanda if he chooses to sign a pro deal. He’s looked really good preseason and we’d love to see him tested at this level.

We foresee a tough year, and have to try and remember that this team is primarily about development. But Fagan likes what he’s seen from his squad to date and feels they’ll be competitive from the start.

“Then it was just topping up their fitness. We’ve done a lot of 11-a-sides since that last game against Fraser Valley. A lot more tactical sessions in training since then as well. So looking ahead to LA at the weekend, I think we’re where we want to be.”