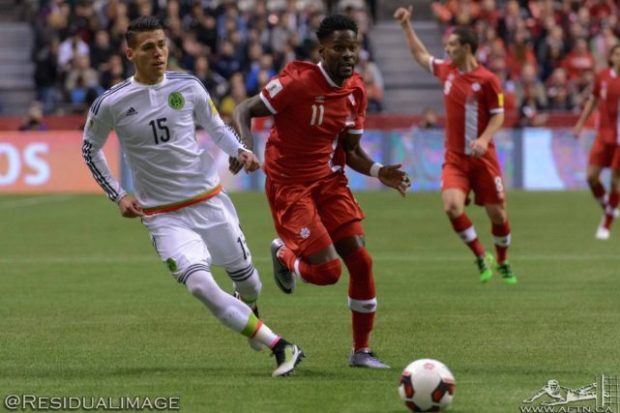 Vancouver Whitecaps attacking core was pretty much down to the bare bones last week in the win over FC Cincinnati. Lucas Venuto had parted ways with the club, Yordy Reyna and Lass Bangoura both missed the trip through injury, and the three remaining options of Fredy Montero, Theo Bair, and Joaquin Ardaiz all got the start.

That left no real attacking options on the bench and the ‘Caps finished the game with a left back and a right back as two of the front three. Far from ideal, but it paid off and Vancouver grabbed all three points with a late winner.

Games against the likes of Cincinnati will be few and far between any season, never mind the run in to one, and ‘Caps coach Marc Dos Santos knew it was a situation that was far from being sustainable and needed immediate remedying.

The first piece had been added before the match, Honduran winger Michaell Chirinos signed for Vancouver but paperwork and visa issues will prevent him from seeing the pitch till at least the DC United game next weekend. The second, and likely final piece, was announced today with veteran Canadian forward Tosaint Ricketts joining the club until the end of the season.

“We finished the game in Cincinnati with three forwards that were Brett [Levis] on the left, Scott [Sutter] on the right, and Fredy [Montero] in the middle,” Dos Santos told AFTN. “There’s so much you can do and you end the game like that. Still, it was with Brett and with Scott that we found the second goal, but we felt we need more weapons. Weapons that are going to at least allow us to be competitive until the end of the season while we’re building for 2020.”

This will be Ricketts’ second spell in Major League Soccer, having spent two and a half seasons with Toronto FC from 2016 to 2018. It may not be the bumper signing many fans will have been hoping for, but the Whitecaps have an experienced striker with a proven track record in the league and at international level, and Ricketts will provide a much needed shot into an impotent ‘Caps attack.

That bumper signing could have seen Korean striker Ui-jo Hwang join his countryman Inbeom Hwang in Vancouver, but the lure of Europe proved too much and he headed for French Ligue 1 side Bordeaux. An attempt to sign another Designated Player fell through when the potential signing decided to stay with his current club for now.

With no other moves secured during the MLS transfer window, that only left Vancouver with the option of free agents and Ricketts was a player that Dos Santos has been tracking after his spell with Lithuanian champions FK Sūduva ended, having helped them win the 2019 Lithuanian Supercup.

“At the end of the transfer window, the moves we tried to do, at the last minute, didn’t work out,” Dos Santos told us. “We stayed until the final whistle on Wednesday here waiting around the phone. It was heavy, it was long, and we were back and forth with clubs.

“We knew Tosaint and we had a conversation with him. We knew that he was in the back pocket as a solution to add another player because we feel offensively we need to add two new pieces. Having Michaell and Tosaint would give us the opportunity to breathe a little bit more.” 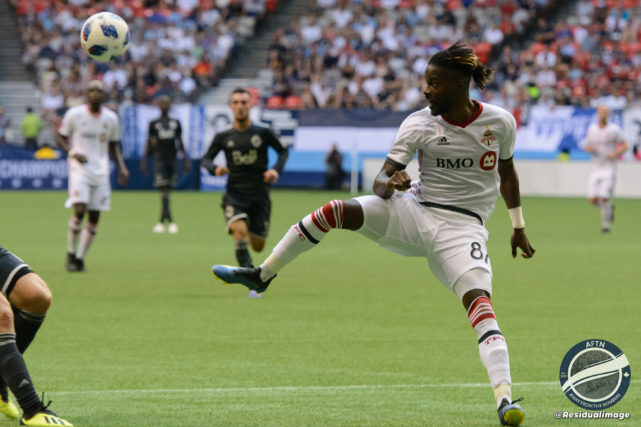 Ricketts’s MLS record with Toronto was impressive. The 32-year-old hit 15 goals in 58 appearances. Only 17 of those games were starts, giving him an impressive ratio of a goal every 148 minutes on the field. Anything near that would be a massive boost for the Whitecaps stuttering attack. He was part of the record setting team that won the 2017 MLS Cup and won the Canadian Championship with TFC in both 2017 and 2018.

He’s a name that should be known to all Canadian fans, with 59 appearances, and 16 goals, for the national team since 2011, and he’s at least familiar with the BC Place turf having played in the World Cup qualifying matches here against Honduras, Mexico, and El Salvador.

But he has bounced around a lot at club level. The Whitecaps will be his 10th club in 10 years as a pro. It’s a career that’s taken him to Finland, Romania, Norway, Turkey, Israel, Canada, and most recently Lithuania. He may be a well traveled journeyman but he has got goals almost everywhere he’s gone.

It’s hard to know whether this will be end up being a long term move for the Edmonton native, or just a quick fix for the ‘Caps before maybe a move to the CPL beckons for Ricketts, but Dos Santos is keeping his options open and it’s up to the player now to show his worth.

“Tosaint is a solution that we could see as a help for short term,” Dos Santos said. “But then of course it’s a platform for him in 8 or 9 games to maybe put us in a position to say maybe he could be a very important role player for us.

“He was with Toronto FC when they won the MLS Cup and if you see that year, the amount of times he came on for [Jozy] Altidore or when Altidore was injured, he contributed all the time. He scores, he works, he had a very important goal against Montreal in the Conference [game].

“So based on that and the fact that his adaptation will be very fast, he won’t be a player that will need much time to adapt, we said this is a no brainer, so let’s go.”