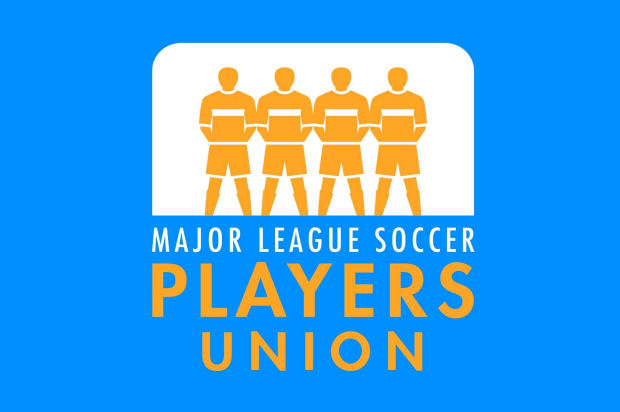 With three days until the new MLS season is set to get underway, it would be a brave man to confidently put money on whether it actually will or not.

After weeks of chatter, gusto and posturing from both sides, the latest murmurings seem to suggest that the MLS owners and players are still far apart, with the free agency topic still proving to be the major stumbling block.

Steven Goff’s article for the Washington Post today suggested that the owners have “shot down all of the players’ proposals” and makes a work stoppage seem almost inevitable at this stage barring some miraculous mediation and brokering of last gasp deal.

For Vancouver Whitecaps players it was business as usual at UBC this morning, with minds firmly focused on Saturday’s home game with Toronto. With Wednesday a rest day, it may prove to be their last official training session for a while and as the players came off to face the media, questions inevitably moved to whether they felt that there would be a season kicking off this weekend.

“We hope so,” was the view of defender Steven Beitashour. “Time will tell.”

But the signs are not looking all that promising from various reports coming out on Tuesday.

Beitashour is one of two MLS Players’ Union reps at the Whitecaps. The other is Jordan Harvey. The pair have 15 years MLS experience between them and have seen the league grow rapidly in recent times.

Both players have been flying out to attend meetings over the past few weeks, with Beitashour heading to DC for talks following last Saturday’s friendly game with Chicago down in Portland.

“They went well,” Beitashour suggested of the meetings on Sunday and Monday. “It was back and forth. They’re continuing right now, so we’ll see and hope for the best.

“Each one of the players over there are talking to their respective teams. Everyone’s united. Everyone’s together. We either play together or we don’t play together, that’s the beauty of it.

“It was a good group of guys that we had there and even in our locker room personally we have a great group. We’re all in this together.”

That was a view backed up by Whitecaps goalkeeper David Ousted. Coming from Europe, MLS contracts are something new for the Dane, but he feels that what the players are fighting for is simply the chance to have contracts like their footballing brethren elsewhere in the world.

“I don’t think anybody wants a strike but we as players right now are fighting for what we consider as some basic rights. Everyone wants a deal but it has to be some terms that we as players can agree upon.

Beitashour, though, knows that time is rapidly running out to get a deal done in order for the season opener in LA on Friday evening and this weekend’s other First Kick matches to go ahead.

“We are getting down to the wire,” the Iranian international admitted. “It’s just one of those things. Both parties aren’t going to be 100% happy but it’s a negotiation, so we just got to keep working on it and hopefully we can get to something.”

When negotiations on a new CBA were last held in 2010, a deal was eventually thrashed out with five days to go before the season got underway. This time around, if a deal is going to get done, it’s going to be even more last ditch.

Beitashour was a rookie in 2010, just drafted out of San Diego State University by his hometown San Jose Earthquakes. He wasn’t part of the negotiations back then, but remembers that the feeling of unity was the same. Is there a feeling though that the players five years ago may have caved in a little too easily, leading to the situation that everyone now finds themselves in?

“Then, it felt like we were talking about holding strong and it felt like we did buckle a little bit too much,” Beitashour mused. “So I’m hoping that the guys that were there during that time, that are here now, won’t have the same kind of feelings.

“It’s a matter of holding strong. I don’t know if that will be the case, but right now we’re holding strong and we feel confident in what we’re going to get.”

TFC are set to fly to Vancouver on Thursday morning and train here later in the day for Saturday’s First Kick encounter. Away teams all across Major League Soccer are holding back flights until they know if there is any point in travelling.

With the clock ticking, if talks break down or no agreement can be reached, then
Beitashour revealed that the vote on whether players will take strike action is imminent.

“It’s either late tonight or tomorrow morning, so we’ll find out hopefully within 24 hours.”