The Cascadia Summit wound up yesterday with two matches between Vancouver Whitecaps and Seattle Sounders.

The residency guys were first up and they narrowly lost a 4-3 game against the Sounders under 18’s. It was a cracking game and the few that turned out to see it, witnessed a good taster for what was to come up during the main course.

With both sides choosing to field what many would observe to be a lot of their fringe players, with Vancouver going for a young starting line up. The young guns didn’t disappoint. 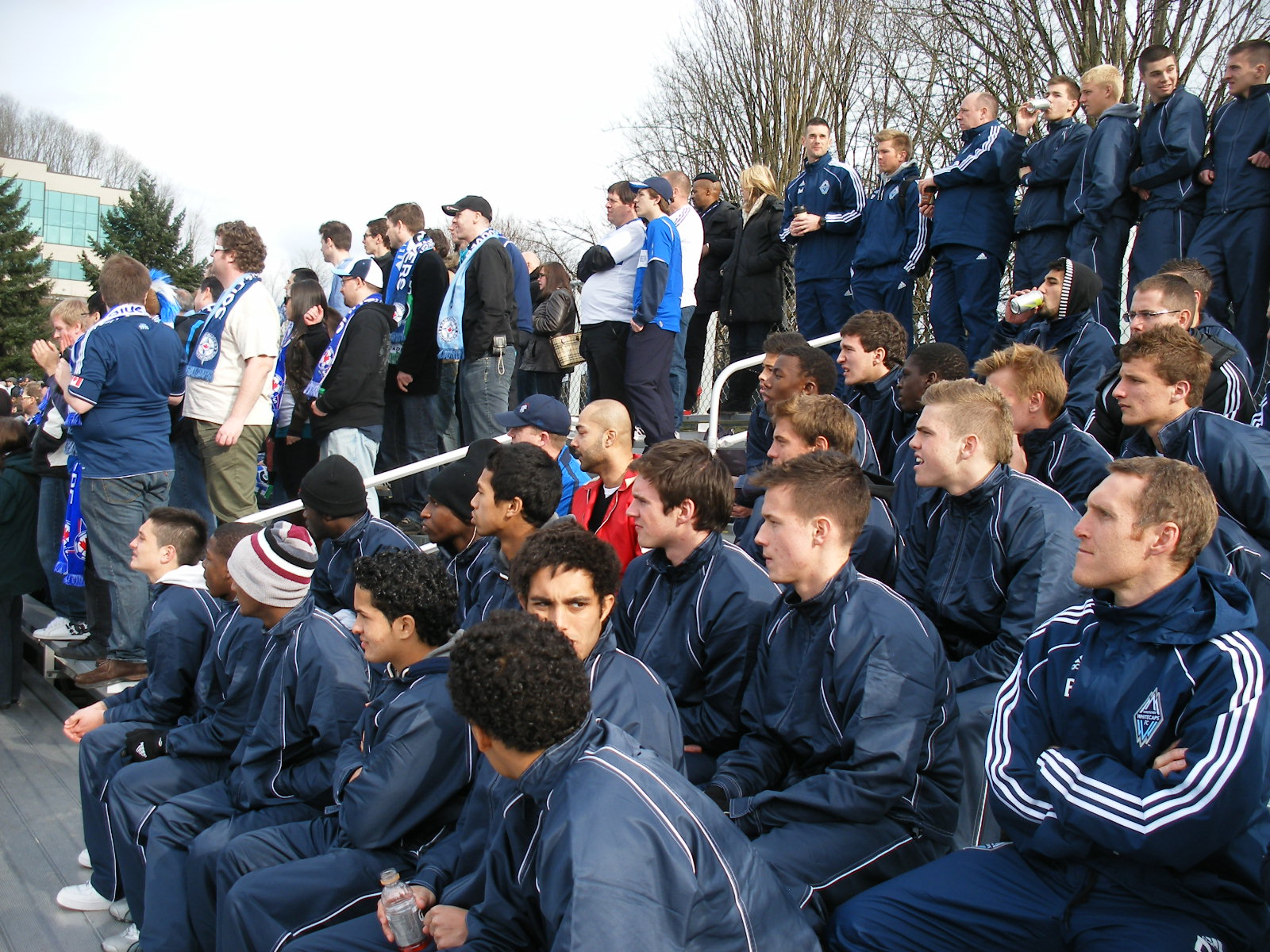 The big battle got underway at 3pm, following the Sounders bands’ rendition of YMCA with their fans. Six minutes into it and it was already 1-0 Caps.

Omar Salgado pounced on some sloppy defensive play by Taylor Graham and ran on to calmly slot the ball past Sounders goalie Terry Boss, who failed to live up to his surname all afternoon.

Six minutes later and the Caps lead was doubled.

It’s a goal that Boss certainly won’t want to see again. The pacey Russell Tiebert ran up the wing and sent in what should have been a pretty easy shot for the keeper but somehow Boss let it wriggle out of his hands sideways and into the net! 2-0 Caps and all looking a bit too easy.

As expected, Seattle fought back and caused a few scrambles in the Caps backline, but resolute defending and some terrible finishing helped maintain Vancouver’s advantage. Some terrible refereeing decisions also helped the home side.

The Sounders finally found a way through right on the stroke of half time, when Roger Levesque netted from close range after another scramble from a Seattle corner.

If Caps fans were worried over the interval that a Seattle fightback was on the cards, we didn’t need to be and it only took two minutes of the second half for our two goal advantage to be restored.

Nizar Khalfan’s through ball found Salgado and the young striker chipped the ball over the on-rushing Boss towards the Seattle goal. Patrick Ianni got there first and I have no idea what he was thinking when he headed ball straight down into the path of Camilo Da Silva Sanvezzo, who won’t have much of an easier finish as a Cap as he made it 3-1.

Seattle then threw on some of their big guns and turned the pressure onto the Caps defence. Montano forced Joe Cannon into a good save on 62 minutes and five minutes later the Caps goalie produced a spectacular full length diving save to thwart Zach Scott.

The Sounders did pull another goal back from a close range Montano tap in but the Whitecaps saw out the remainder of the game with relative ease, despite the referee managing to find six minutes of stoppage time, and it ended with a well deserved 3-2 victory for the Caps. 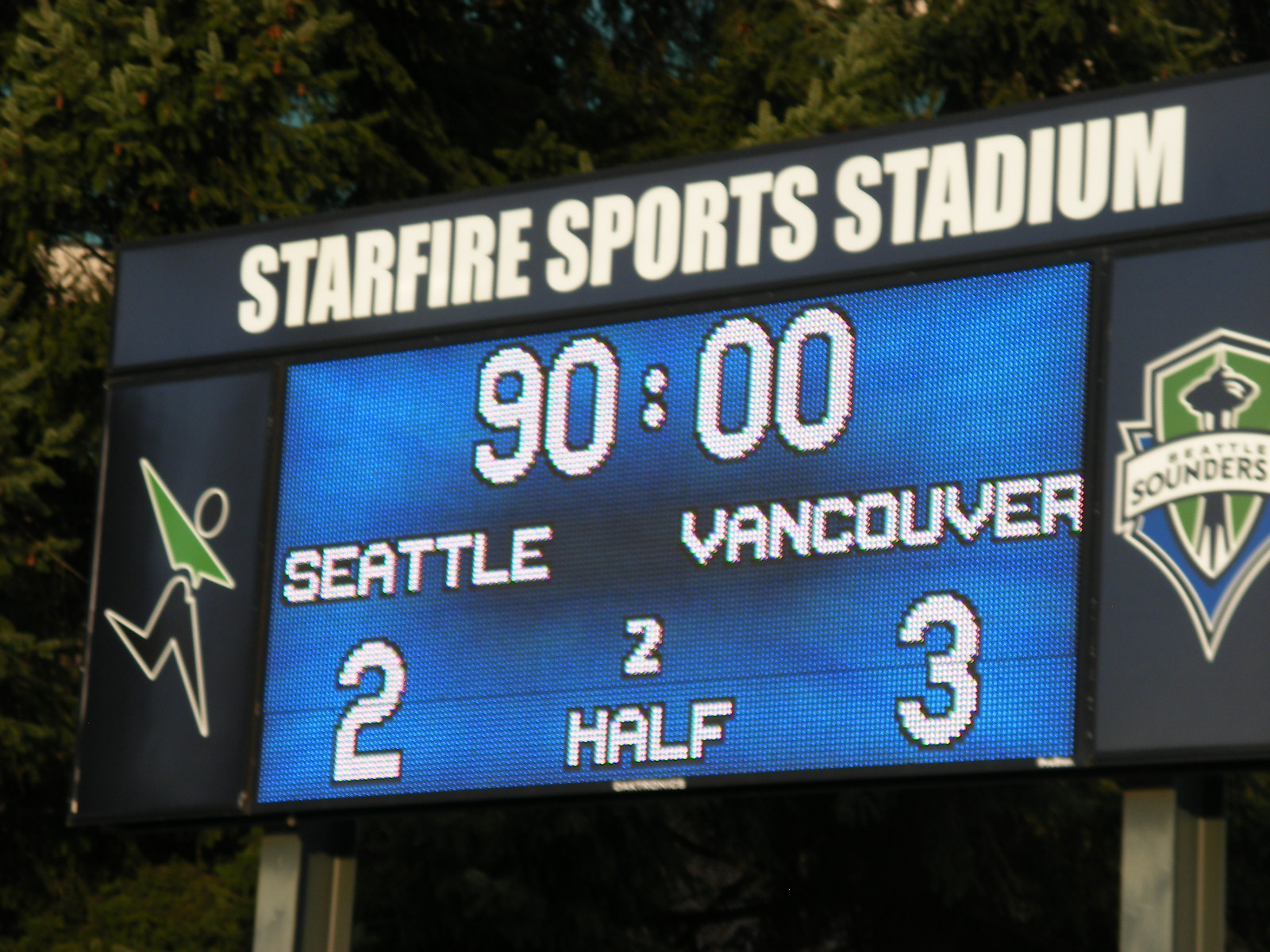 It was another great team performance and you can see from the reaction of the whole squad when the goals went in what a tight unit they have already become.

We’ll do a full “what we learned from the Summit” piece later tonight, but there were some pretty fine performances yesterday that will give Teitur Thordarson the welcome headache of deciding his starting eleven.

Omar Salgado was immense. Maturity beyond his young years and he’s a strong lad too, holding off the Seattle defenders on numerous occasions. Will we ever see him in a full Caps jersey or will he be snapped up even before then? We need to make the most of him whilst we can/if we can as he’s not going to around MLS for long.

Alex Morfaw looked strong in the middle. He’s already pissed off the Sounders fans, so that’s a great start. Camilo Da Silva Sanvezzo also impressed. A real pace and flair to him and I hope we see him as a regular in a Whitecaps jersey for the season ahead.

Vancouver finished the summit with three points from their two games, the same as Portland. Who can claim the first bragging rights? Well Vancouver would win the imaginary Cup if we went with goals scored, but Portland would win it on goal difference.

Meh, who cares. We were unbeaten and Seattle finished pointless. Much like the Sounders are going to be in Cascadia as we move forward.