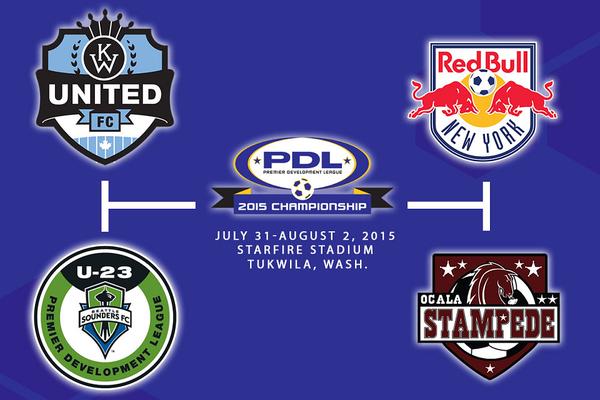 If you’re heading down to Seattle this long weekend to watch the ‘Caps rip the Sounders a new one at the Clink on Saturday night, then why not make it a feast of football by heading to Starfire to cheer on former ‘Caps Wesley Cain and Adam Polakiewicz as K-W United FC battle to become PDL Champions.

Kitchener-Waterloo United would become the third Canadian club to claim the PDL Championship if they can see off New York Red Bulls U23, Florida side Ocala Stampede and the hosting Seattle Sounders U23s.

It’s a tough ask, but if they can do it, then they’ll follow in the footsteps of 2008 winners Thunder Bay Chill and 2012 champs Forest City London SC.

K-W United played their first two PDL seasons in 2011 and 2012 under the name Hamilton FC Rage, before rebranding and relocation to Kitchener-Waterloo after poor attendances forced the owners hand.

Since that move they’ve thrived, on the pitch at least, as attendances have started to decline. They initially drew an average of 705 fans in 2013, which dipped to 306 in 2014 and just 136 in this, their most successful season to date.

With Neely moving back to coaching with Toronto at the start of this year, another former Whitecap took the reigns, in the shape of defender, and former Canadian international, Chris Pozniak, who played for the ‘Caps from 2008 to 2010 in the old USL days.

Pozniak guided K-W to a second place finish in the Great Lakes Division, losing just two games all season and finishing just a point behind the defending PDL champions, the Michigan Bucks.

That set-up an all-Canadian Central Conference quarter-final showdown with Forest City London, which they won 2-0. Heartland Division champions Des Moines Menace were next up in the semi-finals and were dispatched 3-2.

K-W United were now one game away from their first-ever Central Conference Championship and the Final Four and they got there with a 3-1 over Michigan Bucks and with a Whitecaps hand in each of their goals.

Polakiewicz set up Ken Krolicki’s 9th minute opener, before adding a second himself five minutes later. Cain made it 3-0 in the 55th minute, sending the Ontario side on their travels to Washington this weekend. 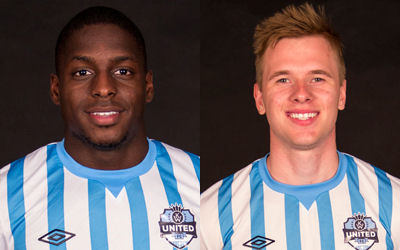 Both Cain and Polakiewicz graduated from the Whitecaps Residency program after the 2011/12 USSDA season and were part of the ‘Caps U18 side that agonisingly lost out on the 2012 Championship game to an 82nd minute goal in a 3-2 defeat to FC Dallas.

After graduating, Cain went the NCAA route and has just finished his Junior season with Wright State University Raiders. Lead the team in scoring in his Freshman year with ten goals, adding a further two in 19 games of his second year and two in 21 games this season just past. He will enter his final Senior season this fall.

This is the second season with K-W United for the Guelph native, as he looks to keep up to match shape for the NCAA season ahead. Cain made 12 appearances for K-W last season in regular play, grabbing one goal and one assist. This year he’s made 17 appearances, grabbing that one crucial goal last Saturday.

Polakiewicz graduated from the Residency after the Championship game and played some PDL for the ‘Caps. He initially moved to Poland and joined top division side Slask Wroclaw, but soon returned to Canada to play PDL with K-W United in Kitchener-Waterloo, Ontario. He’s with the club again this season and has made 11 appearances with two goals and assist.

Another BC connection on the K-W side is defender Quante Abbott-Hill Smith, who played with the SFU Clan and was on the first preseason camp roster with WFC2 back in February.

If K-W United are going to make history then they’re going to have to do it the hard way, facing off against Seattle Sounders U23s on Friday night at 8pm. If they can get through that, they will face the winner of NYRB and Ocala Stampede on Sunday afternoon at 2pm.

Tickets are still available, cost $10 for each day, and can be bought HERE.

AFTN will be there, so get along if you can and lend some Canadian cheers to the guys.