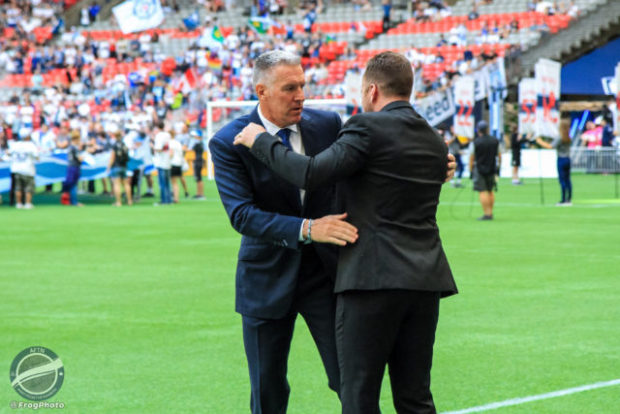 After a 2019 season that can be best summed up by the word “yikes”, the Whitecaps are set to kick off a new decade – and their 10th MLS season – this Saturday. After a partial rebuild to the previous offseason’s rebuild, and a new couple of hires in the front office, it’s time to see whether the Marc Dos Santos era is one that will last a while yet in Vancouver.

The appointments of Axel Schuster as Sporting Director and Mark Pannes as CEO have added a much-needed sense of (potential) change, and their recruitment has a clear plan age-wise: six of the club’s 10 new signings are under 23, and there are only four players on the roster over 27, none of whom started in the final preseason match.

That final preseason match was a fun 2-1 win over Minnesota, meaning the ‘Caps ended their preseason with a record of 3-2-1. Of course, you don’t want to get too carried away before the MLS season actually starts, but these last few games have felt a bit different. I mean, how many games last season could you classify as “fun”?

With regards to how the ‘Caps will line up on Saturday, Dos Santos seems to have tipped his hand, as he started the same XI against Minnesota as he did against Portland the previous weekend. Bar Érik Godoy recovering from his calf injury with superhuman speed, I assume MDS will stick with the same line-up to open the campaign. Let’s go over it.

In goal, Max Crépeau’s name will be written on the team-sheet in permanent marker this season. The reigning Whitecaps Player of the Year (quite a loaded field for that award), the only threat to his role at starter will be injury and international duty. I doubt that Thomas Hasal will challenge for minutes this season, and Bryan Meredith has played in a grand total of one MLS match the last six years.

The presumptive starting backline is Derek Cornelius, Jasser Khmiri, Ali Adnan and Jake Nerwinski. Khmiri was the weakest link defensively in the games against Portland and Minnesota, with a blunder in the latter leading directly to the Loons’ lone goal. Hopefully he’ll find his form once he gets more than a small handful of games under his belt.

Cornelius was steadier, and will likely be counted on in a big way this season, though he might miss a few games early if the ‘Caps allow him to join Canada’s Olympic qualifying team. Nerwinski was his usual blend of explosive and underwhelming, and remains the starting right-back by default.

That might change though, as perhaps it is Nerwinski who will be replaced by Godoy when the Argentine returns, a shift to fullback potentially covered by the recruitment of another central defender, Ranko Veselinović. The big Serbian is a bit of a mystery, and we’re still waiting on a sighting of him as he is waiting to acquire the necessary visa to come and play in North America.

Speaking of visa issues, Leonard Owusu, who was announced as a signing over a full month ago, only had all the proper paperwork processed this week, meaning he missed the entire preseason. It’s honestly a little unbelievable, and this lack of a new midfielder means that the ‘Caps have shifted to a 4-2-3-1 formation in the preseason over the presumed 4-3-3.

That “2” in the 4-2-3-1 has been Inbeom Hwang and Russell Teibert, the highly touted South Korean who has the pressure to live up to his DP designation and the veteran Canadian who’s been a sometimes maligned but hard-working constant of the club’s MLS era. The two of them combined well in preseason, often dropping deep to allow bombing runs from the fullbacks, particularly Adnan. 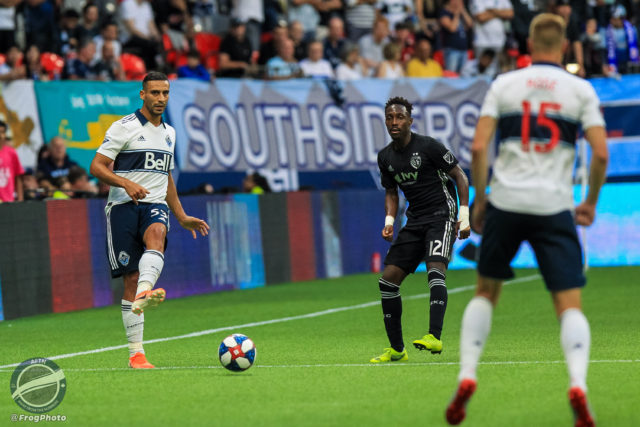 Adnan was perhaps the ‘Caps’ most dynamic player in preseason, showing the fire and offensive prowess that he had in the initial weeks after he joined the team last spring. He played a very high role on the left flank, and was a key conduit for the team’s much more dangerous looking attack. It is essential that he carries this swashbuckling play through the regular season.

Along with Adnan, the ‘Caps’ other preseason MVP in my mind was Yordy Reyna, who slotted in the number 10 role after playing on the wing for much of last season. He was a sparkplug in the middle of the park, doing a good job linking the wings and the midfield. I know Dos Santos has stated he wants to play a 4-3-3, but I feel that the 4-2-3-1 is what will get the best out of Reyna.

The other three forwards were new recruits: Cristian Dájome, David Milinković, and Lucas Cavallini. Dájome and Milinković both played well against Minnesota, and were big parts of why the ‘Caps attack looked as dangerous as it did. The 2019 squad was notably lacklustre in the final third, so we’ll see if this crop of forwards will cut it in 2020.

A lot rests on the shoulders of Cavallini, who carries the burden of being the club’s record signing. No ‘Caps player has reached the 15-goal mark in MLS play since Camilo in 2013, and anything less than that from Cavallini will be seen as a disappointment by many. He showed well in preseason with goals in four straight matches, and hopefully the club has finally found a number nine they can build the attack around. Again, no pressure.

Looking at the visitors, Sporting KC also splashed out a club record fee this winter, on 28-year-old Mexican forward Alan Pulido, who’s coming off a scoring title in Liga MX’s first half “Apertura” season. They’ve also brought in centre-back Winston Reid, who’s struggled mightily with injury the last couple years but has played over 150 games in the Premier League.

Sporting KC still has mainstays like Matt Besler, Graham Zusi, and Tim Melia in the fold, and are looking to bounce back after a disastrous season that saw them finish second-worst in the West and ship a conference-worst 67 goals, only ahead of Cincinnati league-wide. They went 2-3-1 in preseason, 1-2-1 against MLS teams, with their most recent game a 2-1 loss to NYRB.

Last season was brutal for the ‘Caps, there’s no doubt about that. Hope springs eternal, however, and the offseason has been long enough for it to return in some measure. Here is how I ended my last match preview, for the final game of 2019 back in October:

Of course, no matter what happens, I’ll be back here in late February/early-March, convincing myself that the next seven-plus months will turn out great. Cheers to another season – thankfully – in the books, and to many more to come!

Well, it’s now late February, and here I am convincing myself that the next seven-plus months will turn out great. Let’s hope that this renewed optimism will last past this weekend. 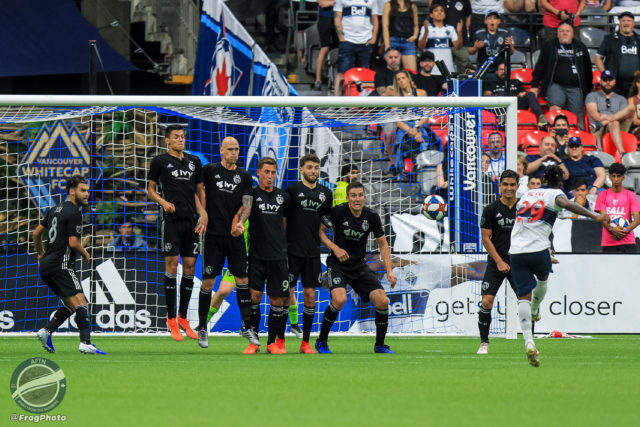