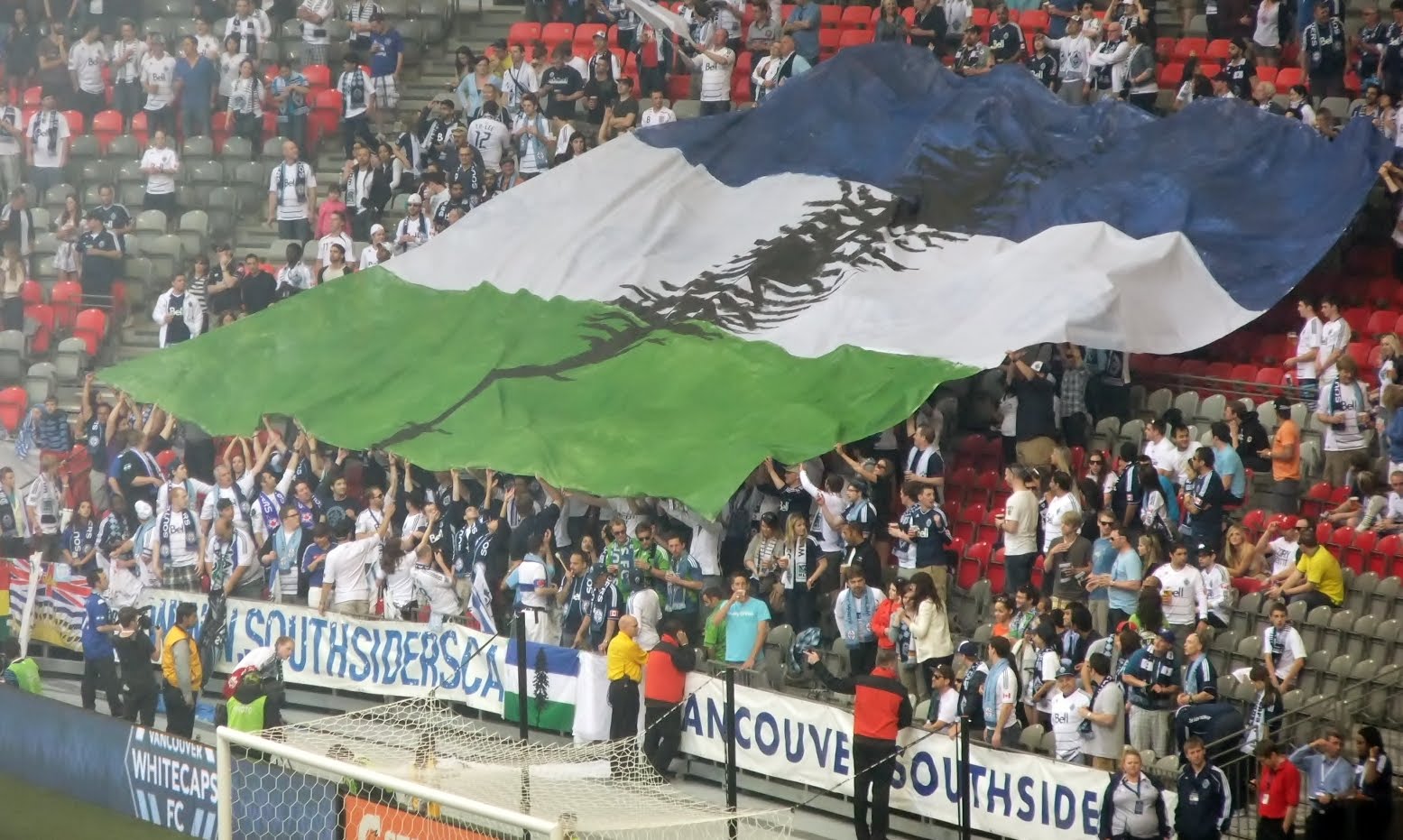 When it comes to MLS games, a lot of Caps fans are more interested in the Cascadian rivalries than the Canadian ones.

The first Cascadian Cup clash of the 2012 season played out to an exciting 2-2 draw at BC Place this afternoon, as casual fans were left in no doubt as to why these games matter so much.

It was a game in which Vancouver should have been out of site by half time, but in the end, they go away feeling more like it was two points lost than a vital point won.

Martin Rennie again tinkered with the Whitecaps starting eleven, and Davide Chiumiento and Gershon Koffie both returned to the middle of the park, with Omar Salgado returning to the left wing.

Vancouver nearly got off to a dream start within the first two minutes.

Sebastien Le Toux went down in the box and the ball broke to Darren Mattocks, who tried to get on to his preferred right foot and allowed Seattle’s defence to close him down.

The Caps had the chance of the match so far eight minutes in.

From just inside his own half, Le Toux put through Omar Salgado, whose speed and tenacity took him past Osvaldo Alonso, but he slightly over-ran the ball, allowing Bryan Meredith to come and smother the danger.

The Caps pressure finally saw the breakthrough in the 12th minute.

Salgado collected a pass from Jay DeMerit, turned and sent Alain Rochat clear on the left. The left back powered unchallenged towards goal and slotted the ball past Meredith with ease.

Vancouver were looking the far more lively but struggling to turn this into any real scoring chances, but they could have made it two in the 33rd minute.

Rochat floated a perfect long ball into the path of Salgado, who shook off the last Seattle defender but pulled his shot wide of the right hand post.

Seattle just weren’t in the game as an attacking force. Eddie Johnson won a corner for them with six minutes of the half remaining, in one of their few forays into the Vancouver box, but it came to nothing.

The Caps responded by mounting another attack and Rochat put through Mattocks for a one on one with Meredith, but again he pulled his shot wide of the right hand post.

As the game entered stoppage time, Johnson miss-hit a shot across the face of the goal but Fredy Montero couldn’t close in to get a foot on it at the open back post.

The whistle brought to an end the best half of football that Vancouver had played so far in the MLS era. The general feeling was that the missed chances could come back to haunt the home side and Seattle couldn’t play as badly in the second half, and so it proved.

The second half got underway and Seattle were still finding Mattocks a handful, and he was put through once again after only 15 seconds but fired high and over.

From nowhere it was level in the 47th minute.

Mauro Rosales received the ball out left and sent a perfect ball into the middle for Johnson to rise and head home.

Joe Cannon’s first action of the game was to pick the ball out of his own net, but three minutes later he came up with a huge save to keep out Montero from point blank range.

Seattle kept the pressure on and Cannon again had to be alert to stop a Montero header.

The visitors were a different team and giving the Whitecaps defence a torrid time.

Cannon again came up with a huge save in the 57th minute, turning a Montero shot from the edge of the box acrobatically past for a corner.

Vancouver should have retaken the lead in the 62nd minute.

Davide Chiumiento got the ball just inside the Seattle box, twisted and turned and played a sublime back heel straight into the path of Mattocks who blasted over in front of goal from seven yards out.

It was to be the Jamaican’s last action of the game and he was soon replaced by Eric Hassli.

Hassli nearly made an immediate impact in the 66th minute, flashing a header from a Rochat cross narrowly wide.

Vancouver had weathered the Seattle storm.

Hassli almost mirrored his stunning goal from Wednesday night in the 78th minute, but this time he couldn`t keep the ball down and on target.

Two minutes later and Chiumiento came within inches of breaking the deadlock, firing inches past the left hand post and into the side netting.

As with Mattocks, this attempt on goal signalled his last action of the match, making way for Camilo Sanvezzo.

And what a substitution this proved to be.

With eight minutes remaining, Camilo sent in a long, diagonal free kick from the left. Gershon Koffie jumped for the cross and may or may not have got the slightest of glances off his forehead past everyone, including Meredith, into the bottom left hand corner of the Seattle net.

With seconds remaining of the ninety minutes, Montero tied the game up once more. Johnson flicked on a long kick from Meredith and the Columbian took a touch and hit a beautiful curling effort from the edge of the box that left Cannon rooted to the spot.

Seattle had the last chance of the game in stoppage time when an unmarked Zach Scott headed a Montero free kick over.

The spoils were shared, in what was very much the proverbial game of two halves.

Seattle fought back extremely well, and were only kept at bay by some fine stops by Cannon, but Vancouver should have been out of sight by the half.

It was a great game, but the Caps are left rueing their missed chances and what was ultimately two points dropped.

Now the focus of attention is firmly set upon Toronto on Wednesday, where Vancouver will have to take such chances if they are to win the Voyageurs Cup.