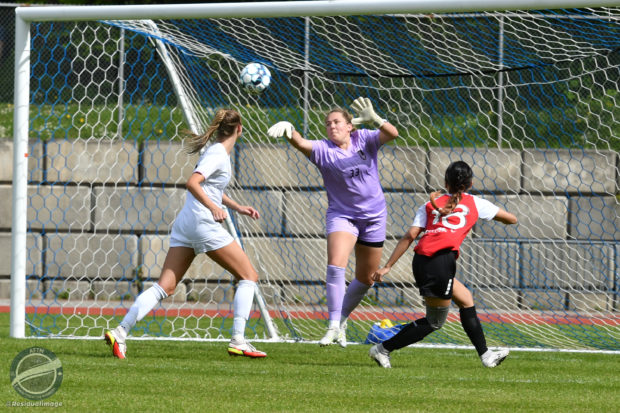 After years in the making, Sunday marked the historic first ever matches in League1 BC history.

Six matches played out at three different venues, three in the women’s division and three in the men’s, and fans were served up a feast of football that was not only a great showcase for what this league can be, but also whetted the appetite for what should be a fantastic first season of play.

Vancouver Whitecaps and Victoria Highlanders’ women’s sides had the honour of playing the first ever match in the league’s history, and they served up six goals in an entertaining encounter at Ken Woods Field at the NSDC in Vancouver, with the young ‘Caps side running out 5-1 winners. 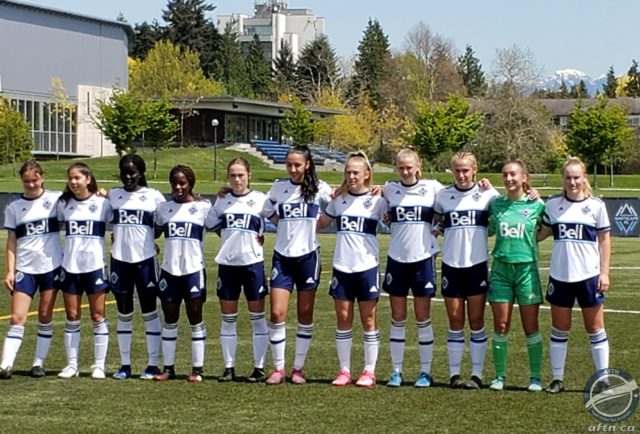 The Highlanders were no match for the free-flowing cohesive play from Katie Collar’s side, who dominated play from the kick off. It was the visitors though that had the two best chances in the early going, forcing ‘Caps keeper Bella Lister into a couple of saves.

The Whitecaps finally made their possession pay in the 27th minute and it was Anna Hauer who wrote her name into the history books by scoring the league’s first ever goal. Her first effort was saved by Jessica Gardiner, but the rebound came back too Hauer on the ground and she sent a looping effort over the Highlanders keeper and into the net for the opener.

Jeneva Hernandez Gray doubled the Whitecaps lead three minutes before half time, playing a neat little give and go with Hauer before finishing with aplomb into the bottom left corner.

The Highlanders made it interesting a minute into the second half when Sophie Miranda’s shot flew into the net to reduce the deficit to one, but any thoughts of a comeback were dashed when Hauer grabbed her second of the game five minutes later after some great play from Jamie Perrault to set up the chance.

Ashley Roberts made it 4-1 in the 67th minute when she ran onto a long through ball to finish into the far corner, and Perrault saw the Whitecaps go nap with a goal of her own in the 89th minute to round off the scoring and seal a 5-1 victory for Vancouver.

With the Whitecaps now sitting top of the table, who would be joining them there? 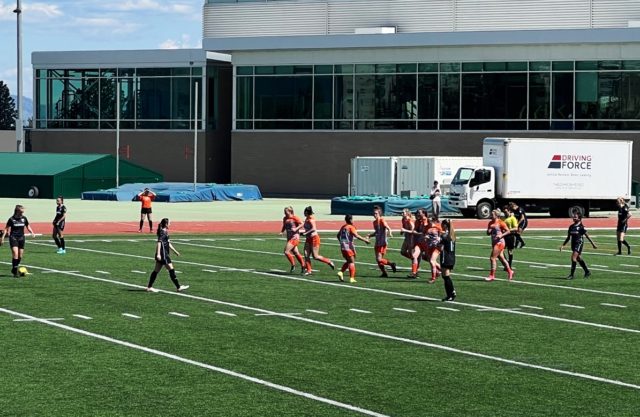 Rivers FC and Altitude FC would both have fancied their chances heading into their season openers at Hillside Stadium in Kamloops, but it was the home side who triumphed in the end, with Rivers FC securing a 2-0 victory in front of a loud crowd of around 600-800 fans.

Emily Clark and Camryn Curts were on the scoresheet for Rivers, with Altitude’s Kelsey Fisher coming up with a big penalty save as well.

The third and final match of the day was a closely contested encounter at Swangard Stadium between two teams that you feel will be there or thereabouts at the top of the table come the end of the season – TSS Rovers and Unity FC.

In the end it was the visitors from Unity that came away with the three points after a 2-1 victory in front of around 700 fans. 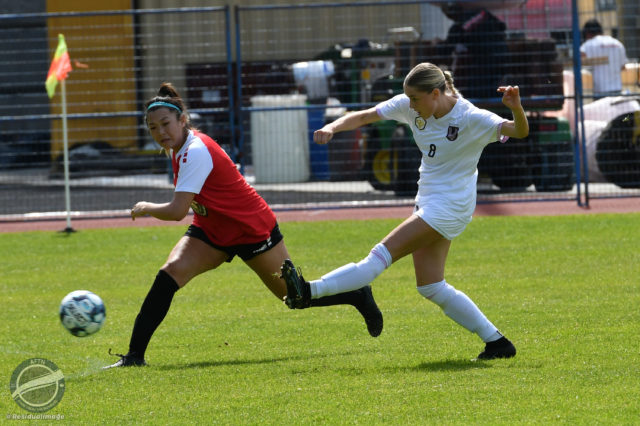 Mikayla Tupper opened the scoring for Unity in the 29th minute, firing in a stunning long range effort that beat TSS keeper Kirstin Tynan and into the postage stamp corner.

Unity increased their lead three minutes into the second half when Sophie Crowther buried one past Tynan from the edge of the box to put the visitors in a strong position. 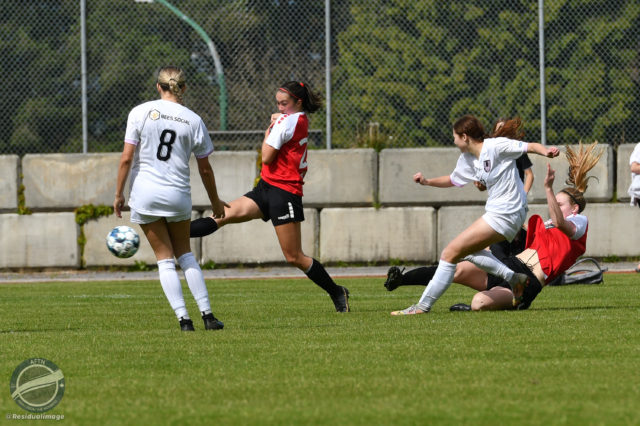 TSS fought back and reduced the deficit back to one in the 52nd minute when Bella Roque headed home.

The Rovers pushed hard for an equaliser, but couldn’t find another way past Hannah Miller and Unity secured three big points to kick off their L1BC campaign.

Varsity FC had a bye week on the opening weekend, but will be in action on Thursday evening when they travel to Unity FC and get their L1BC season off and running.