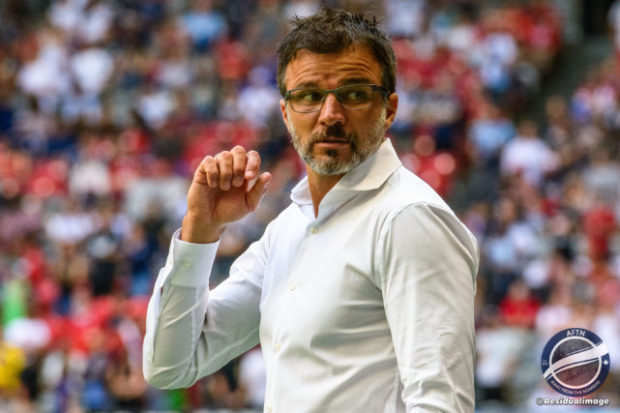 If Yordy Reyna’s injury wasn’t enough of a spanner in the works for Vancouver Whitecaps’ preparation for Friday’s crunch match with the only team currently below them in the standings, Colorado Rapids, today threw up another curveball for Marc Dos Santos’ gameday prep.

The Rapids announced the departure of manager Anthony Hudson after 17 months in charge in Colorado. The former New Zealand boss had a pretty torrid time with the Rapids, winning just eight of his 43 MLS matches, taking only 33 out of a possible 129 points available, and posting a win percentage of just 18.6.

The writing had long seemed on the wall for Hudson. Today it became etched in stone. All of which now leaves the Whitecaps wondering just what kind of Rapids team they will face in Commerce City on Friday night.

Many struggling teams seem to get an immediate bump when a coach departs, as the players either try and send a message to their old coach or realise that they need to impress any potential new boss with better performances. That’s a variant Vancouver hadn’t planned for heading into this match and one Dos Santos is fully aware of.

“I’m going to address it a little bit,” Dos Santos told us at Whitecaps training this morning. “For us, it’s very important in moments like this to stay focused on us because there is an emotional thing that happens.

“There are players on the other side that say ‘hey, it can’t always be the fault of the coach, what can we do as a group?’. That vibe is going to be there on their side for sure, so this is why we have to be very focused on what we need to do as a team.”

With a 17-year footballing career already under his belt, this is a situation that defender Scott Sutter has been on both sides of. He’s had to go and play teams that have just lost their manager as the Whitecaps have to now do, and he’s been part of teams that have gotten rid of theirs, most recently with Jason Kreis in Orlando last season.

“I’d be lying if I said it didn’t impact a team,” Sutter told us. “I’ve been on teams in situations like that where it was a long time coming and finally there was a change in staff. Then it was like a new wind that went through the team. People wanted to start proving themselves all over again.

Whitecaps goalkeeper Zac MacMath worked under Hudson last season, making just one MLS start with the Rapids during that time before joining Vancouver this offseason. He’s aware that teams can get a sudden new lease of life when there’s been a managerial change but is confident the ‘Caps will handle whatever Colorado throw at them on Friday night.

“No matter who’s the coach there, it was going to be a tough game anyway,” MacMath mused. “Both teams are fighting for so much being at the bottom of the league at the moment. I’m sure it’s a little bit of a boost for them, but just like any away game you have to battle through the adversity of dealing with playing away, with home fans, and now this. Getting through the first 20 minutes will be important for us, then I think we’ll settle down and be just fine.” 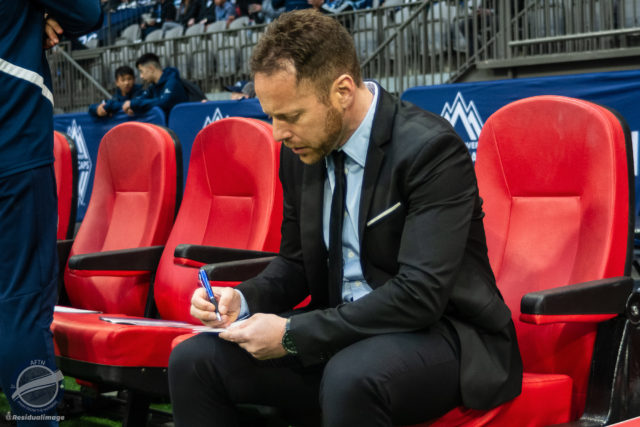 It’s not just the emotional and motivation side of things that the ‘Caps have to be wary of on Friday, it’s also the impact Hudson’s sacking has on their entire preparation for who they will be facing in the match.

MLS veteran Conor Casey has been named interim manager and will be in charge for the Whitecaps’ visit. What kind of line-up and tactical set up he will go for is really anyone’s guess just now.

“It’s a great point and that’s why we have to focus one hundred percent on us and be very careful with the information that we give the players,” Dos Santos stated. “One thing is to base the scouting report on what they do collectively could be a mistake because there could be a change in their approach.

“What we have to focus on in the scouting report is their individual pieces. Who’s dangerous? What’s the profile of those players? How can we hurt their defensive pieces and try and focus a lot on us as a team.”

Casey could go for just a little tinkering, which was Craig Dalrymple’s approach when he temporarily took over from Carl Robinson in Vancouver last year. Or he could ring the changes completely for a side that has still to secure their first win of the year and are languishing at the foot of the Western Conference standings, desperately needing some kind of spark or change to kickstart their season.

It’s venturing into the unknown and not going to be the easiest game to prepare for.

“Yeah that’s definitely part of it,” Sutter agreed. “You never really know. Anything can change. If it’s a caretaker manager it could be a guy from the youth team that he’s known that he’s wanted to bring in or has liked for a while. It’s also an example to the other guys that no-one’s safe, everyone’s going to get their chance.

“You never really know, so we’ll analyze it, the staff will analyze it as best as they can. Show us the clips that we need to see and kind of get what they’re all about and prepare as best as we can really.” 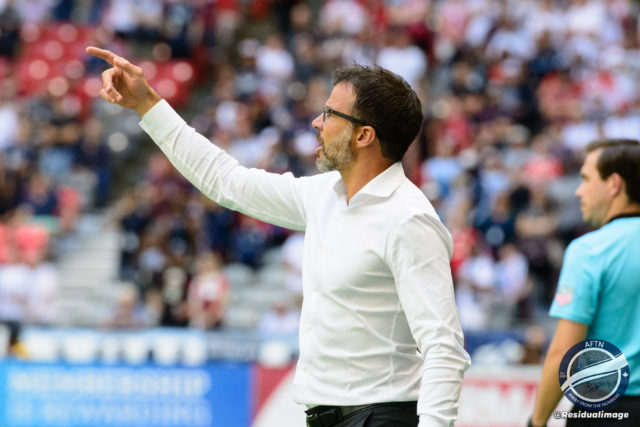 The pressure had been mounting on Hudson with each passing game and while his sacking is not really a surprise, and predicted by many including ourselves, the timing of it is a little strange, coming four days after their 1-0 loss in Atlanta at the weekend and two days before Vancouver’s visit.

Hudson likely didn’t endear himself to the Rapids ownership this past weekend when he was quoted as saying:

“We still have several players that are being paid that are not actually with us, not actually here. think potentially we’re the only team with one DP, who’s in goal, and not two or three up front. That’s going to take a bit of time to address that situation.

“We are fighting at the bottom with a bottom group of players and we have to find a way to pick up results… The only way it’s going to be a quick fix is if you wave a magic wand at it and throw lots of money at it. Clearly we’re not doing that. I’ll go back to this: Every single game we go into, whether it’s Nani, whether it’s [Wayne] Rooney, whether it’s [Lucho] Acosta, every single week there are players in this league making a difference and the gap in quality is huge…There are teams with a lot more quality than us. And that’s what we’re competing against. And no one talks about it.”

The straw that broke the Colorado camel’s back? Perhaps. It certainly won’t have helped. Neither did his 0-7-2 record this year. But he’s not wrong and it’s an eerily familiar sentiment if you’re a Whitecaps supporter.

Like Dos Santos with the Whitecaps, Hudson had been struggling to get results at the start of this season, but while the ‘Caps coach is just at the start of a rebuilding process and his job security is certainly not in any doubt, the Rapids boss has had over a season to turn things around in Colorado, with very little success.

Dos Santos may have not yet coached against Hudson, their paths had already crossed this offseason and the ‘Caps coach only had good wishes for the Englishman.

“I just want to take this opportunity to wish Anthony all the best,” Dos Santos said of Hudson. “He’s a great guy, a great man, and I got to know him at the combine and it’s not easy. It’s part of the job but, it’s not easy. I’m sure his time in Colorado wasn’t always perfect. For sure he got good moments also there and good memories, so I just want to wish him the very best.”