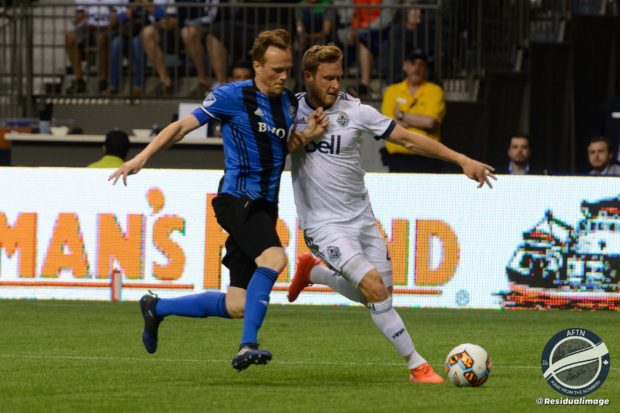 The North American summer transfer window opened today and it didn’t take Vancouver Whitecaps long to get down to business.

It’s that time of the year where the rumour mill is in full swing, as fans excitedly check their Google alerts to see who their club is linked with. But ‘Caps supporters looking for squad additions will have to wait a bit longer as the first two players on the move are on the way out of Vancouver.

The first player to be heading to pastures new is first team striker Kyle Greig, who is reuniting with his old WFC2 boss Alan Koch at FC Cincinnati, as broken by Enquirer Sports’ Pat Brennan.

Greig is heading to FC Cincinnati on loan for the rest of the season after failing to secure a place in the gameday MLS squad this year, and it’s a great move for the striker.

Greig has been somewhat wasted with the ‘Caps this season, making his MLS debut as a very late substitute in the 2-1 loss at Portland in April. Those two minutes have been the only two MLS minutes that he’s seen this year. He’s only made five USL appearances this season, failing to find the back of the net in any of them.

He did make a substitute appearance in the Champions League semi-final against Tigres, and after coming on as an 80th sub in the first leg of the Canadian Championship semi-final at home to Montreal, Greig started the second leg at Stade Saputo, grabbing his first goal as a member of the first team in the 77th minute.

That game showed how beneficial his height can be to the ‘Caps, offering something a little different to other strikers, but with the addition of Bernie Ibini, Carl Robinson has deemed Greig surplus to requirements, for now, and the change of scenery will be just what the striker is needing to hopefully rekindle his scoring touch.

If he does well, a permanent move to FC Cincinnati could follow in the offseason for the former WFC2 captain.

And Koch won’t be the only familiar face that Greig will be seeing at Nippert Stadium, as he’s set to be joined by current WFC2 captain, Sem de Wit.

Sources have confirmed to us that the 22-year-old Dutch centre back will be joining the club in a permanent deal, which will be announced shortly. 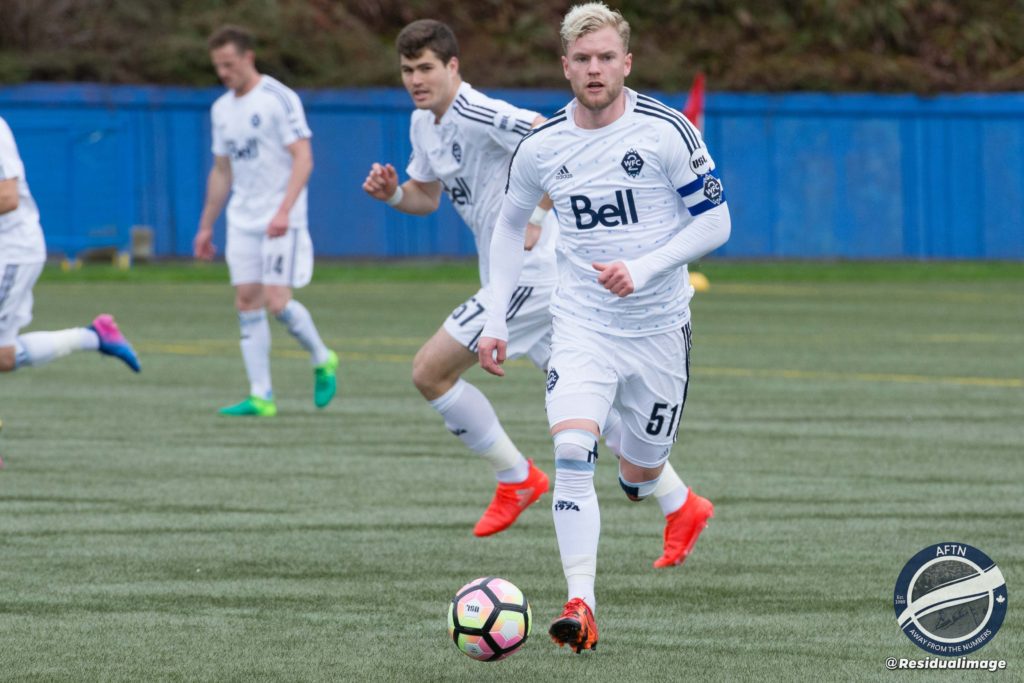 De Wit wasn’t part of Saturday’s USL squad that travelled to take on Colorado Switchbacks and will head to join up with the man that brought him over to North America at FC Cincinnati. Koch always spoke very highly of what de Wit brought to his side last season and as he now looks to bring in his own players after his appointment late into the preseason, de Wit is seen as a man that will strengthen Cincinnati’s defence.

After being named WFC2’s Player of the Year last season, hopes were high that de Wit could play himself into a MLS deal at some stage this season, and the Dutchman got the start in the first leg of the Canadian Championship semi-final with Montreal alongside Cole Seiler.

But with Christian Dean now back from injury, draft pick Francis de Vries thought of highly, and with Robinson potentially looking to add another centre back to the MLS squad, the ‘Caps clearly feel that this is the right time to move de Wit on.

He’s had a mixed 2017 in USL play, in part due to constantly changing formations and positions, but de Wit was the team leader in minutes, with 1170 logged from his 13 appearances.

It’s a great opportunity for de Wit. He’s a talented centre back, and one of the best ball playing ones at the club.

Greig and de Wit will be joining a very ambitious club, with one of the best supports in North America soccer and we wish them both all the very best in their new surroundings.

The loan of Greig frees up a MLS roster spot, with other loan deals imminent. As to whether these will be filled with new or familiar faces, well it looks like we’ll have to wait a bit longer to find that out.