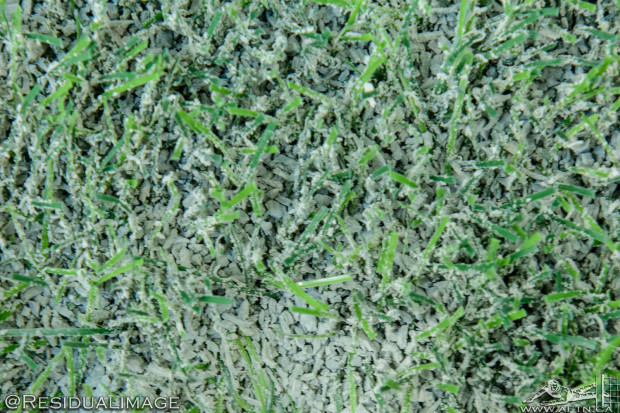 The 2015 Women’s World Cup will be a tournament with several firsts.

All great talking points. However it’s another first that’s been grabbing all the headlines, as the tournament becomes the first senior World Cup, for any gender, to be completely played on artificial turf pitches.

It’s generated much debate, much anger and a lot of hysteria, the latter coming primarily from the American media, and uneducated journalists in general, who love sensationalism.

If “Turfgate” was every really a thing, then it would appear that a number of people connected to the tournament never got the memo. For while there may be (rightful) general discontent at not playing on grass pitches, the overriding sense we’ve had from talking to teams and players is that of acceptance, adaption and planning accordingly.

This isn’t the first football World Cup to be played on artificial turf. Finland hold that “honour” in 2003 when ten of the matches in the U17 Men’s World Cup were played on such pitches, including the final. Two years later, Peru hosted the whole tournament on them and Canada played several games at the Men’s U20 World Cup in 2007 on the surface.

In the Women’s game, the 2012 and 2014 U17 World Cups were played on the surface in Azerbaijan and Costa Rica, as was last year’s U20 World Cup here in Canada.

Elsewhere, a number of World Cup and EURO qualifiers have been played on non grass pitches.

It doesn’t make it right, that’s an argument for another time for this grass lover, but it does show the growing acceptance of the pitches around the world.

What that means is that a number of women in this year’s World Cup have played on an artificial pitch, whether at international or club level. The flip side of that though is that the vast majority likely haven’t and as such, their unfamiliarity with such surfaces could very well impact their performances and their team’s results.

As of Thursday, all bar six teams had already arrived in Canada to acclimatise to both surroundings, time zones and football turf.

How used can you get to such a surface in a short period of time if you’ve never set foot on one before? Or seldom have? It will certainly give some teams and some players a competitive advantage. 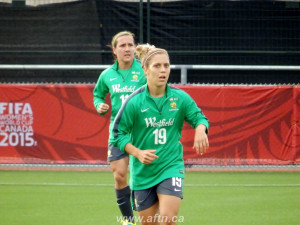 But what can you do? Well you could moan a lot like Abby Wambach or you could say ok, this is the hand we’ve been dealt, let’s get on with it. And that’s just what Australia have done, going as far as to say, well if you can’t beat them, join them in the whole turf debate, and having a special artificial surface constructed for them to play and practice on ahead of the World Cup.

“We were lucky enough to have one built for us back in Australia,” Matilda’s midfielder Katrina Gorry told AFTN. “We’ve been training on it pretty much since January. So we’ve had a bit of experience in the last six months. Obviously America and Canada pretty much play all their games on turf so they’re probably more experienced on it.

“But in the last six months, we’ve had a lot of experience on it. We’ve come to terms that we’re going to be playing on it so that’s not really in our minds any more, we’re just here to play. The turf is just a part of it.”

That certainly seems to be the right attitude to have.

The reigning World Cup Champions, Japan, have BC Place as their home for two of their group games, and maybe more as the tournament goes on. They seem pretty unfazed by the whole turf issue.

Former Women’s Player of the Year and 2011 World Cup winner, Homare Sawa, is non-plussed by the fuss surrounding the artificial surfaces and the woman regarded as the best Japanese player of all time is in fact very used to playing on such pitches from her many years playing in the US and with her current club, INAC Kobe Leonessa.

“I train on artificial grass when I train with my club in Kobe every day,” Sawa told reporters through a translator at training on Tuesday. “So it’s just natural to me.” 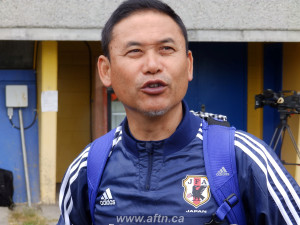 Japan coach Norio Sasaki takes that attitude a step further and feels that the turf will actually be a benefit to his team because of the way that they play their football.

“Japan has had a training camp in Japan for two weeks before coming to Canada,” Sasaki told reporters through a translator. “We trained on grass rather than artificial turf. For Japan, we don’t think that we need to change the style of football. It’s kind of like an advantage for Japan because we move the ball a lot compared to other countries.”

We’ll get a good idea just how much of an advantage or a leveller Canada’s turf pitches will be for certain teams pretty soon.

We’ll also get an idea of just how the pitches are accepted across the world with a view to future tournaments being held on artificial surfaces.

Will we ever see a senior men’s World Cup played completely on football turf? You still feel it’s unlikely, but if one ever is, Canada will be remembered for leading the way.