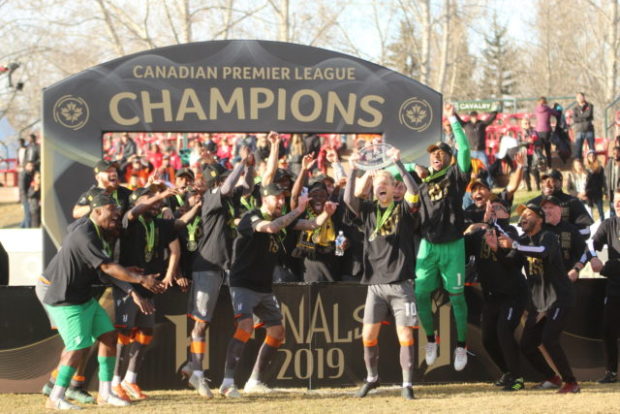 Football is beautiful, but God, can it ever be cruel.

Cavalry FC learned that the hard way Nov. 2, losing 1-0 to Forge FC in the second leg of the inaugural Canadian Premier League final.

Despite Cavalry winning the CPL’s spring and fall seasons, second-place Forge came out on top in the two-legged final, 2-0 on aggregate. That meant Cavalry’s players could only watch on as the visitors from Hamilton hoisted the North Star Shield at Spruce Meadows.

For however long the CPL will be around – hopefully a long, long time – Forge FC will forever be remembered as the league’s first champion.

“It’s a hard one to swallow, especially in front of our own fans, who were absolutely unbelievable today,” said Cavalry’s captain Nik Ledgerwood, during the post-match press conference. “It’s one of those where you wish it went the other way.

After a goalless 90 minutes, during which Cavalry piled on the pressure in hopes of bringing the tie level, David Choiniere scored the game’s only goal five minutes into added time. The goal came on a two-player breakaway for Forge, after Cavalry had poured every outfield player forward for one last desperate corner kick.

Forge’s defenders cleared the corner and, with no one from Cavalry back to defend, Elimane Cissé was able to carry the ball into the home team’s box, before dishing a pass across to Choiniere, who slid his shot under a sprawling Marco Carducci. 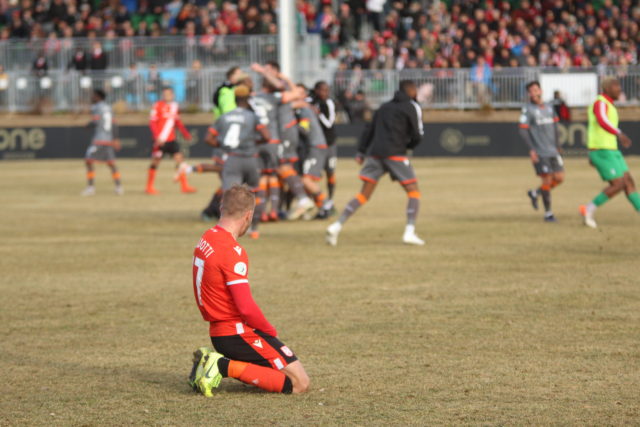 So, where had it all gone wrong for Cavalry?

“We didn’t score – simple as that,” Ledgerwood said. “We had 90 minutes to put the ball in the back of the net, and for whatever reason, it didn’t happen. Maybe it was a little bit of quality at the end of the day, or a bounce or two that didn’t go our way. At the end of the day, we needed goals and we didn’t [score].”

There were chances, of course, that Cavalry would go on to rue – striker Dominique Malonga had two headers that went over the crossbar, while center back Dominick Zator had a left-footed volley flash over Forge’s net late into the game.

But credit should be given where credit is due – Forge’s back-line defended heroically throughout the 90 minutes, and should be applauded for keeping Cavalry’s several attacks at bay. Center backs David Edgar and Daniel Krutzen headed out nearly every set piece, long throw-in or long ball that was pumped into Forge’s box.

Forge’s head coach Bobby Smyrniotis commended his defenders for getting the job done against an unrelenting Cavalry side. He highlighted how Forge had kept clean sheets against Cavalry – the CPL’s top-scoring team throughout the season – in his team’s final three matches against them.

“You always know [Cavalry] were going to come out fighting, as they did,” he said. “But our lines held well. Not only that, we knew where to go on the counter attack, and that showed in a few moments in the first half.

“We’ve been playing some fantastic football. Not just in these last couple of games, but over the second part of this season. The fall championship, the guys have been excellent and made a big commitment to both sides of the field. That shows.” 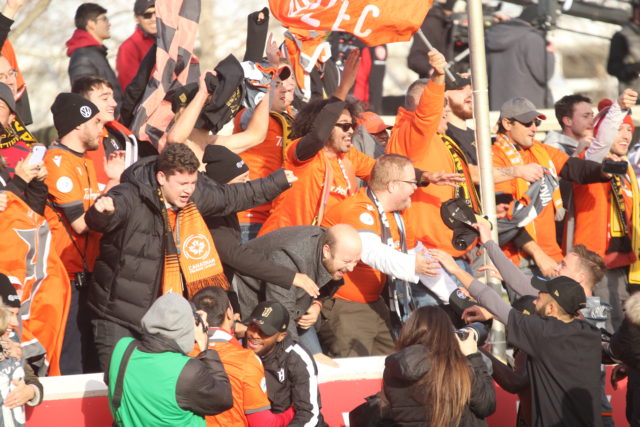 The loss in the final to Forge was just Cavalry’s third time being beaten at Spruce Meadows this season, in 20 games. The other two included a loss to Forge in the spring season and the Canadian Championship semi-final defeat to Montreal Impact.

Clearly, though, this one stung the most.

“Congratulations to Forge,” conceded Cavalry head coach Wheeldon Jr. after the match. “We’ve had nine battles and they’ve all been one-goal games. Today was just another one of them. I give respect to Bobby and their group.

“They’re a good team. Over the two legs, the results don’t lie, so congratulations to them. They’re worthy winners at this point.”

Though the pain of losing the final is still fresh, Wheeldon Jr. acknowledged that in the days and weeks to come, his players will be able to reflect proudly on what has been a phenomenal first season.

“I couldn’t be prouder of the players,” he said. “They just didn’t quit. We never got blown out in any game, every battle we were always in and every game, we played with everything we had. That’s how we should be remembered. This will sting for a while, but they’ll appreciate everything they’ve done this year.”