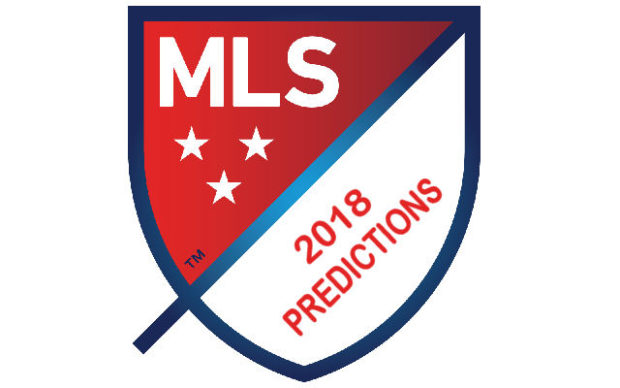 The 2018 Major League Soccer season gets underway today, although obviously it only really gets underway when the Whitecaps take to the pitch tomorrow.

That can only mean one thing – it’s time for AFTN’s annual season predictions. You can see how we all got on last year HERE.

This time around we canvassed ten of the team to get a consensus on who we think will win the MLS Eastern and Western Conferences, the Supporters’ Shield, the MLS Cup, league Player of the Year, and MLS Golden Boot, and here’s how all the votes played out.

So what’s your thoughts on the season ahead? Let us know. We’ll list all our team’s individual choices below later today, but first, just a little bit of analysis of our final results.

It may seem a little bit of an Atlanta United lovefest, but that’s just how we all seem to feel independently of each other.

In the Eastern Conference, three teams received votes for both first place finishes and Supporters Shield glory – Toronto, Atlanta, and NYCFC. Toronto garnered the most, with five votes, while Atlanta picked up three and New York two.

Every team received at least one vote to make it into the playoffs. The two that didn’t were Philadelphia and New England, who unsurprisingly in that case, were the two teams favoured to finish in the bottom two.

Here’s how the AFTN team thought the East would play out.

Out here in the West, if our team are anything to go by, this is another season where it’s anyone’s for the taking.
Ten of the clubs received at least one vote for making it to the playoffs. Only Colorado didn’t and they’re our popular choice for finishing bottom of the pile this season.

Seattle finished top of our averages for who was going to win the West, but they only actually received one vote (from Nicolaas) to do just that. It was the five votes for second that pushed them over. Portland actually received five votes to finish first, but one fifth, one sixth, and two seventh place votes pushed them down the averages. So just what kind of team are the Timbers going to be this year?

And what about our Whitecaps? Well it seems that Anna’s Optimist Union vibe has rubbed off on all of us apart from Zach. Nine of us see the ‘Caps in the playoffs come the end of the season. Hell, I even have Kei Kamara winning the Golden Boot!

Here’s how the AFTN team thought the West would play out.

In the individual voting, we seem to feel that Atlanta will walk away with the league MVP. Gideon, Nicolaas, and Steve voted for Miguel Almiron to win the Player of the Year, while Tom and myself went with Josef Matinez.

Martinez was also the big favourite to win the Golden Boot, picking up five votes from Anna, Gareth, Joe, Nicolaas, and Tom.

So that’s some of our thoughts for the season to come. Agree? Disagree? Let us know below!