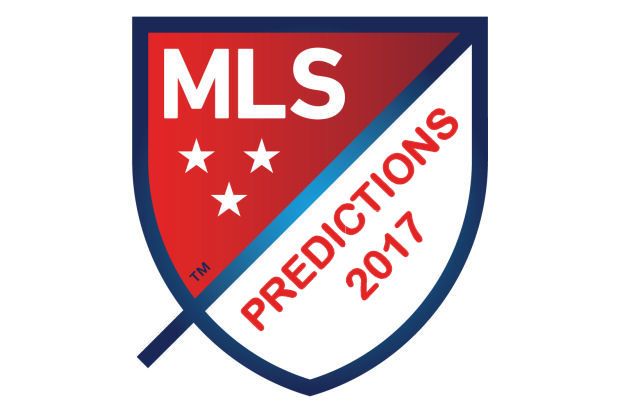 So what’s your thoughts on the season ahead? Let us know. We’ll list all our team’s individual choices below, but first, just a little bit of analysis of our final results.

All selections were made before the first round of matches this weekend, but it’s how teams do in the second half of the season that really matters anyway in this league, so we can’t read too much into the good or bad form we’ve seen so far.

What stands out in both Conferences is that it looks like there are two or three teams at the top that everyone is expecting to make the playoffs, and two or three at the bottom that no-one gives much of a chance to. But the fight in the middle of the pack for the last couple of playoff places could be immense, and a number of teams will fancy their chances of a postseason berth. There was certainly a lot of mixed opinions of who would fill those spots from our team.

There were a couple of clubs that produced a massive swing of opinion as to what lies in store for them this season. Colorado seemed to be the team to split opinions most in the West, with Columbus, DC, and Orlando doing that in the East.

On the flip side, all but one of our team (Joe) tipped FC Dallas to win the Western Conference title again. Only Dallas, Seattle, and LA received 100% backing to be in the playoffs come October. No-one tipped Minnesota, RSL, or San Jose to make the postseason, with the new boys and the Quakes hot favourites to be the basement dwellers.

In the Eastern Conference, Toronto garnered eight of the 11 votes to win the conference title. TFC and New York City FC were the only two sides to unanimously receive backing of being playoff teams, which either shows how wide open the East is this year or our team’s lack of knowledge of it! Every Eastern team had at least one person tipping them for the playoffs.

All but two of us predict that FC Dallas will be in the MLS Cup, with seven of us thinking they’re going to lift the trophy. Again, the East seems to be wide open in our opinion, although TFC are heavily favoured to head to back to back finals.

And can anyone stop Sebastian Giovinco becoming the league’s MVP? Maybe himself if he misses more penalties!

Anyway, here’s how the AFTN team saw the 2017 MLS regular season playing out: