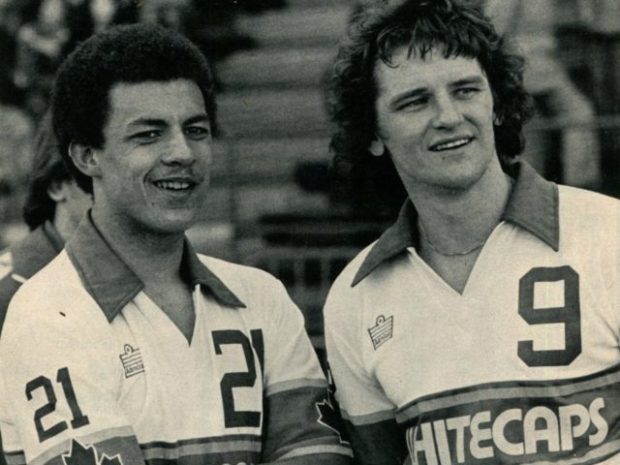 The temperate BC spring weather meant that the Whitecaps had a home heavy opening spell to the season, a bonus if they could take full home field advantage and get off to a strong start. And they did just that. Six of their first nine matches were at Empire Field, and even their three away matches saw two games played in California, so not too much travel or bad conditions.

Those first six home matches saw five wins and a shootout loss and helped the Whitecaps top the Western Division standings in the National Conference from an early stage. And they didn’t look back.

The ‘Caps were on a good run of form when they returned back from San Jose to face Rochester Lancers at Empire Stadium on May 11th 1979 and Philadelphia Fury there a week later. Heading in to those games they had lost just one of their last six matches and they soon added back to back home wins to those stats to make it four straight wins and just one loss in eight.

The Rochester game wasn’t a classic and more of a frustration for Vancouver and the 22,078 fans in attendance, as the Lancers became the latest side to head to BC and play defensively. 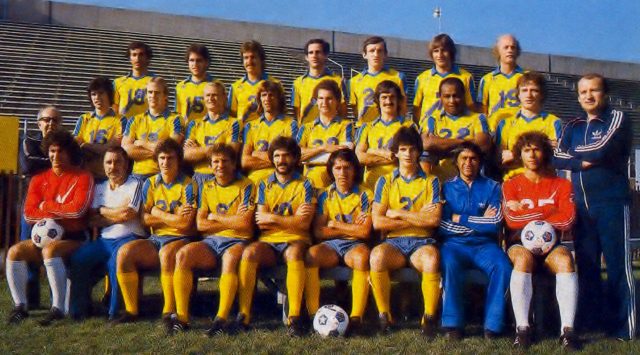 Shep Messing, the former New York Cosmos goalkeeper and current analyst for New York Red Bulls matches on the MSG Network, was the man tasked with keeping a dangerous Vancouver attack at bay. Described as an “outspoken” player, I guess TV was always in the future for Messing, but he was on top form in this one keeping out 26 Whitecaps shots, while the Lancers mustered only seven in return.

The teams headed to sudden death overtime and it produced a historic moment in Whitecaps folklore – Carl Valentine’s first goal for his new club. His first of many.

The ‘Caps won a free kick on the edge of the Lancers box just a few minutes in. While Rochester were setting up their wall, Bob Bolitho saw his chance and lofted a quick one into the box and onto the head of Valentine. Goal! And a 1-0 Vancouver victory.

The Kick Magazine program for this one had a few interesting features in it. There’s a great profile of Canada’s “Player of the First Half Century”, David Turner. A Scot who moved to Canada two weeks before the first World War in 1914 and played for numerous teams across Canada, winning four Canadian Soccer Championship with (New) Westminster Royals in the late 1920s and 1930s. 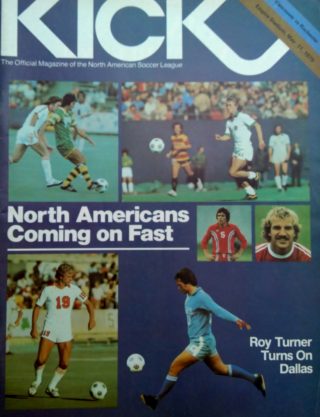 The program also has a piece on Keith Liddiard from B.C. Youth Soccer Association, part 5 on the ongoing feature offering coaching tips for youth soccer, a two-page interview with Chicago Sting head coach Willy Roy, and has a history of the visiting Rochester Lancers.

One of the main features in this week’s program was a five page one detailing the up and coming crop of talented North American players that were playing in the NASL. The feature highlighted 18 players across all positions, while making note that “it used to be hard to find good North American players” in the league. One Whitecap made the list, the 1978 NASL North American Player of the Year, Bob Lenarduzzi, who was described as coming off “his greatest year as a pro”.

The Whitecaps player feature was on Willie Johnston, dubbed “The Wit and Wisdom of Wee Willie”. Described as “a very quiet family man away from the field”, the article talks about Johnston’s tough upbringing in Glasgow, where a fight was never too far away, whether you were looking for one or not. Something which undoubtedly led to his toughness on the pitch and his never back down attitude, no matter how big the person he was going up against was!

“I guess my personality changes when I’m on the field,” Johnston noted. “But you can’t just take it and turn away. They will just come at you again if you do, so you have to give it back. Sometimes you’re scared to death, but you have to do it.”

It’s a fascinating piece, charting Johnston leaving school at 15 to become a miner, something he was able to do as the working week of a miner didn’t include a Saturday so he could still play football. He was plucked from the mines to play for Glasgow giants Rangers, and the rest is history, albeit a somewhat controversial one. He left Rangers, a club he still adores, to move to England and play for West Brom. Why? Johnston explains.

“Well,” Johnston says with a pause. “It was time to leave. They knew me too well. I had been suspended a couple of times, and if I stayed they were just going to get longer.”

Johnston came to Vancouver after his infamous doping ban at the 1978 World Cup, an incident that saw him hounded by the press upon his return to England. He says “it happened and in it’s in the past” but acknowledges it took a toll on him and his family and move to pastures new was welcomed. Not that he found the move to Canada easy, or rather the playing side, with the long travel and artificial turf. But he was clearly happy to be here and had what proved to be a very foretelling final few words.

“My objective is to do well and help Vancouver go all the way through.”. That he achieved.

Buoyed by that late win over the Lancers, the ‘Caps headed back to Empire Stadium a week later to face the Philadelphia Fury. Johnston played a prominent role as 18,293 fans saw a more comfortable 2-0 victory against a Fury side that were another team with little interest in coming to Vancouver to attack.

That in itself was a surprise as they boasted players like Frank Worthington, who was coming off a season with Bolton Wanderers where he was the top scorer in the English top flight. More interestingly though was another of the Fury players, a man who would soon become a Whitecap and earn his own place in Vancouver folklore, Alan Ball.

Ball joined Philadelphia on loan from Southampton in May 1978. One month later he was player/manager after Richard Dinnis was sacked. It wasn’t really a position he wanted or could continue with as he was still playing in England and he was replaced as head coach for the 1979 season by former Yugoslavia striker Marko Valok.

Ball remained as a player, one of the few Fury players that did at the end of the 1978 season. That only lasted until June 1979 when Ball was sold to Vancouver, going on to be part of the Whitecaps’ Soccer Bowl winning team, scoring seven goals in nine playoff matches and being named the NASL Playoffs MVP. 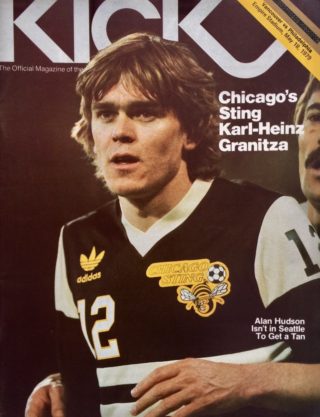 For this match though, Ball was neutered by the Whitecaps defence, who only allowed him one shot the whole match. Worthington was restricted to two, and the entire Philadelphia team a combined total of six. Vancouver on the other hand were dominant, led by the fantastic wingplay of Willie Johnston.

Johnston grabbed two assists on the night, sending in crosses for a Kevin Hector goal in the first half and a Trevor Whymark one in the second for a comfortable 2-0 win.

This is one of just a handful of matches from the season that we unfortunately don’t have the Kick magazine for, with copies on eBay going for too high a rate. So no snippets from the program for this one, although if you have a copy you’d like to part with or know someone who does, then please get in touch!

Two good wins, first place in the division solidified, and the Whitecaps now had 12 days off before their first ever trip to Edmonton on NASL business to take on the Drillers at the end of the month.