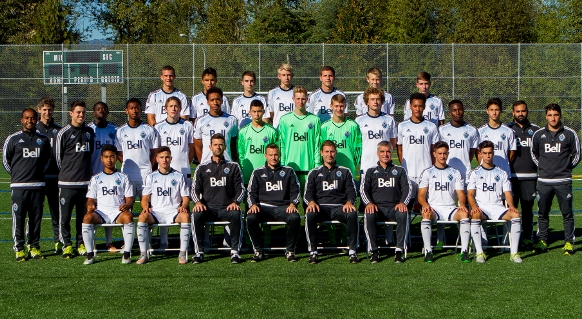 Over the past five seasons we have put together our annual ‘Ones To Watch’ list of who we feel are the top Residency players within the Whitecaps system (You can find links to all the previous years at the bottom of this article).

As per every year, the following is a snapshot of where the players currently are in their development, combined with the potential they show to develop into professional footballers. Because potential is so hard to predict, it is not an even measurable with the player’s current status. We feel there isn’t a reason any of the players not mentioned in this piece couldn’t develop into future professionals.

There has been a lot of upheaval again in the Residency sides this year, with players moving up from the U18s to the MLS and USL sides, while others have left the program midway through the season. That meant a number of U18 fringe players stepped up and several U16 players moved up, with many of the latter playing for both teams over the course of the season.

We’ve gone back to numerically ranking the players this year and back to separate U16 and U18 listings. Any player who has already signed a pro contract with the ‘Caps MLS or USL sides is automatically excluded.

So, without any further ado, let’s get AFTN’s Vancouver Whitecaps Residency Ones To Watch 2016 Edition underway with a look at the U16s, who finished the regular season as the third ranked team in the USSDA but were unable to advance past the group stage in the playoffs.

It’s a very talented all round group and we could only select our current top five prospects here. Also, something that has never happened in past U16 ‘Ones to Watch’ is having a player making a debut with a professional team, which both three of the players below did with WFC2 last week. Very changing times, the best crop of young talent the Whitecaps have produced, or a bit of both?! 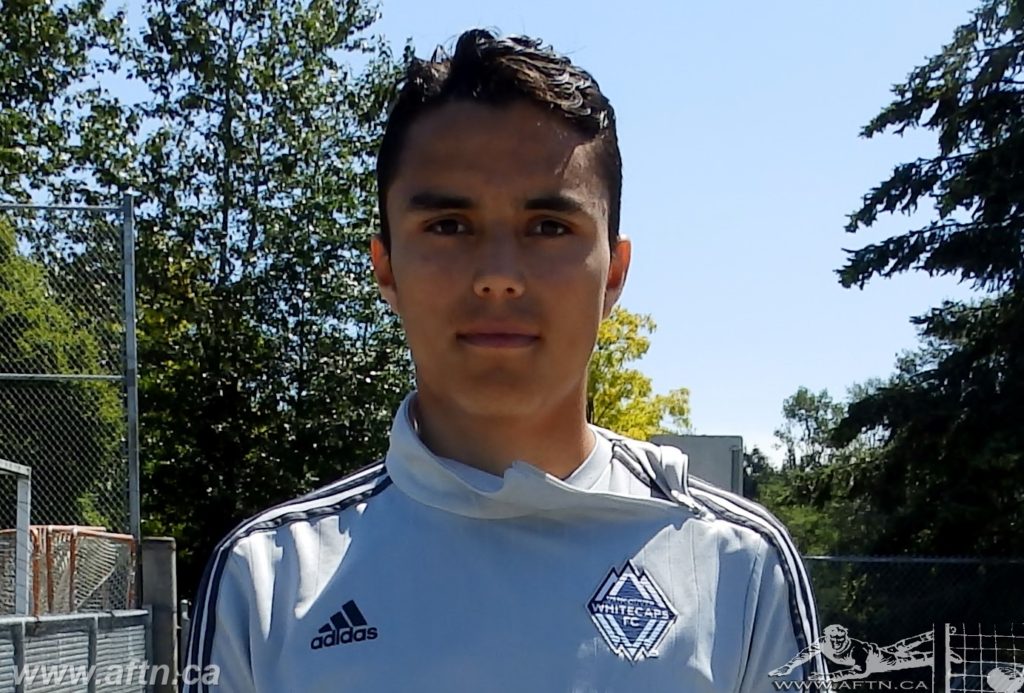 Background: Moved with his family from Mexico at the age of six and after making the Residency squad in fourth attempt, has lit up the 2015-16 USSDA season with 32 goals in 34 appearances. Has just received his Canadian passport and made his USL debut as an academy call up last week in the game against Rio Grande.

Strengths: Based on his stats it’s clear that Camacho is a natural goal scorer, but he is able to finish his chances with both a natural ability and sheer determination.

Opportunities: Like many young scorers Camacho will need to work on his ability to play with his back to goal which will help link up with teammates and provide him with more chances to score.

Projection: Camacho will move up to the U18 level next season but if he continues to score at this rate and improve in other areas there might be a USL contract in the near future. 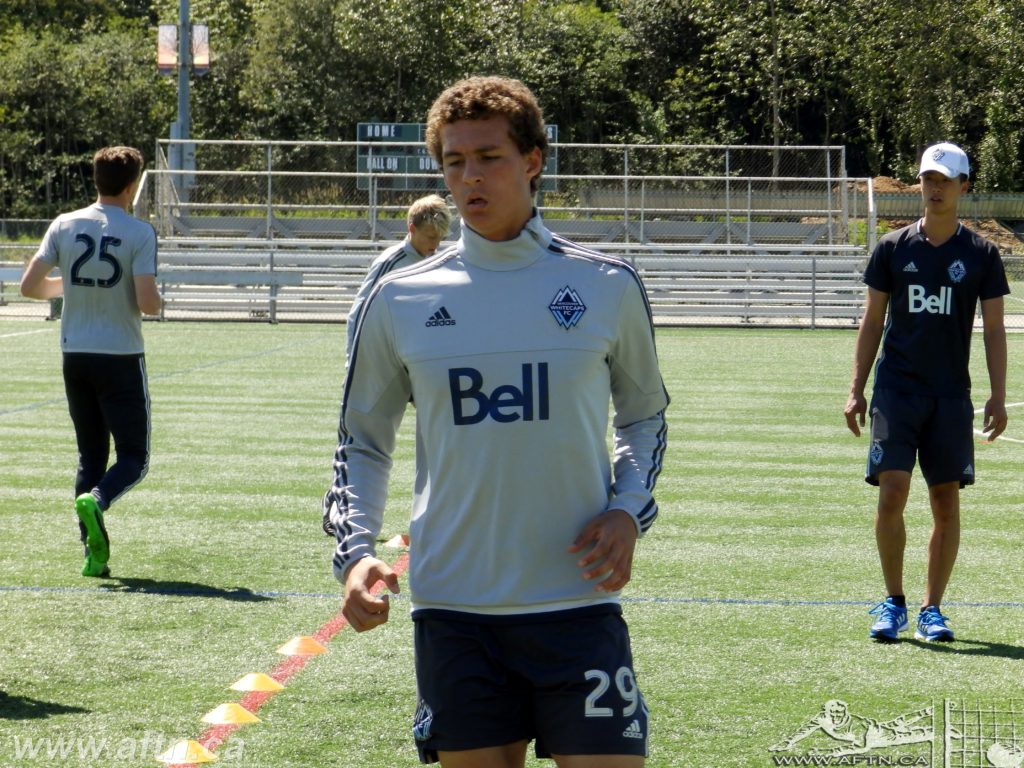 Background: Joel joined the Residency program last August after captaining Surrey United to a Provincial Cup in 2015 where he was named the MVP. He received an academy call up to the ‘Caps USL side last week making two appearances against Rio Grande and San Antonio.

Strengths: Harrison was the U16’s most consistent player and has displayed strength in both the air and when tackling. Having been a captain at multiple levels he has ability to lead the backline and the entire team.

Opportunities: The Whitecaps want their central defenders to play out of the back, which is something that Harrison will need to continue to improve on as he moves up the levels.

Projection: While he made his debut with WFC2 this week there is no need to rush the central defender as they tend to take a little longer to develop than other positions. He will move up the U18 side next season, but ‘Caps already seem high on him to make the jump to the next level beyond that. 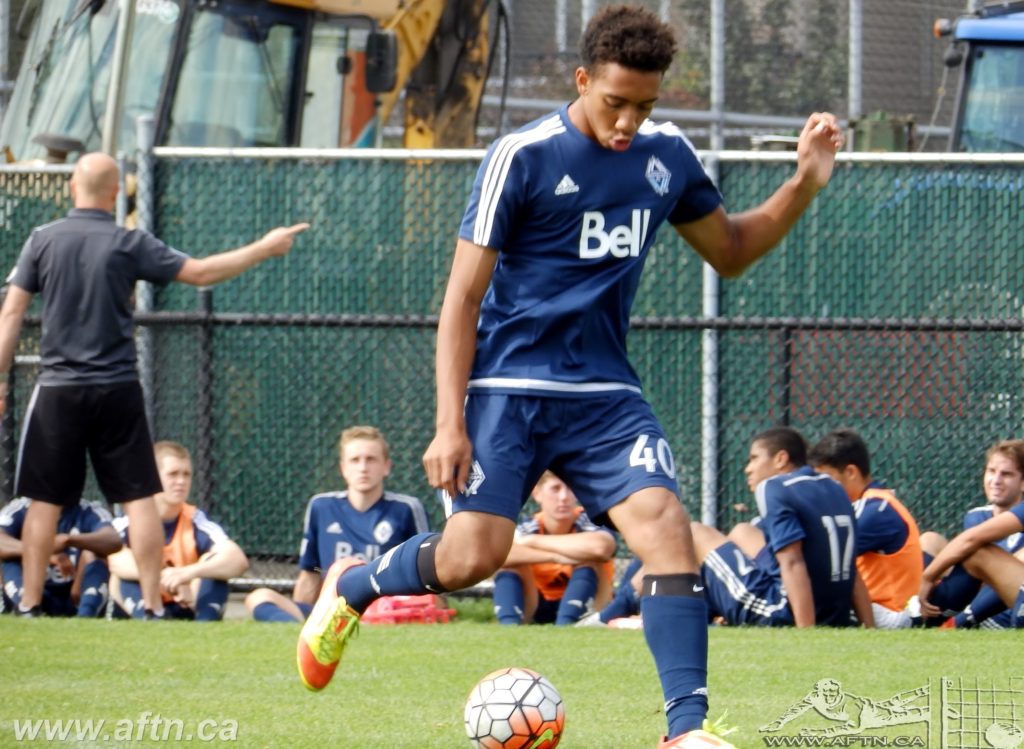 Background: After a trial with the Residency late last season, Bair joined the U16s in August from West Ottawa SC and started a transition from playing wide to a role as a centre forward. Was part of the U18 squad that headed to LA for the Final Four in the USSDA Championships.

Strengths: Bair makes powerful runs when attacking in the final third and not only is a solid finisher but creates chances for his teammates.

Opportunities: Like many attackers at his age, Bair needs to better time those runs and utilise his size as he learns the role of a central striker.

Projection: Bair is another who will be moving up to U18 side next season, where he will look to continue to improve at his new position, but could also see more time out wide once again. 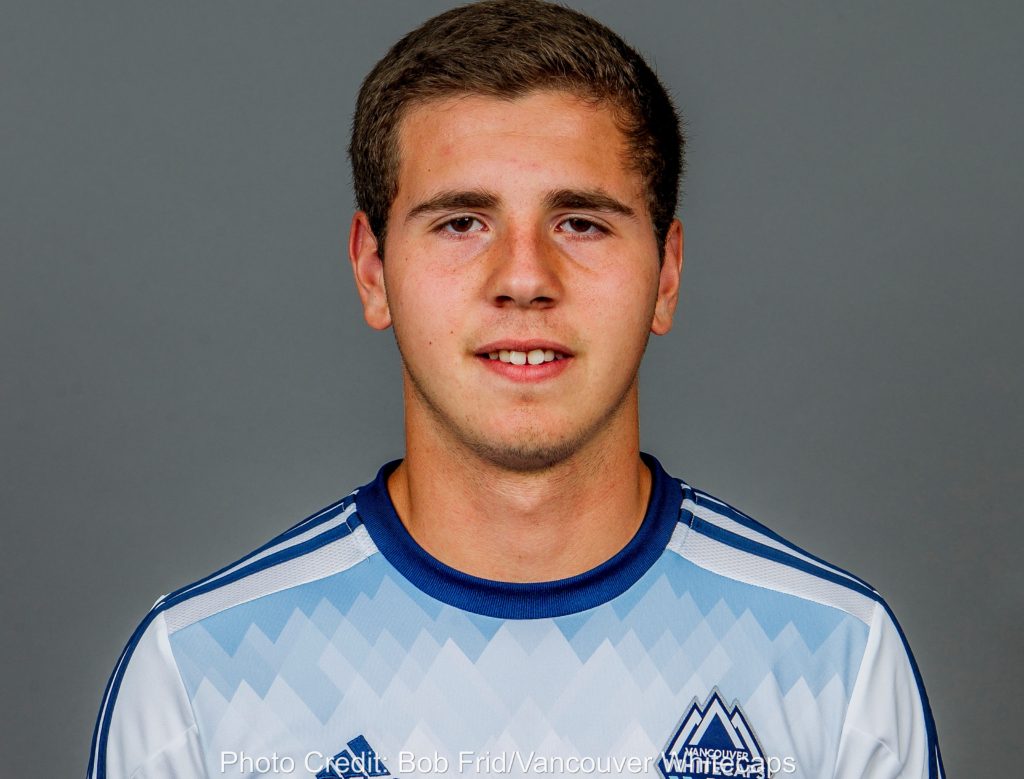 Background: The second player in this list born in Mexico, Charles-Barrera joined the Residency in August of 2015 where he played mostly in a holding midfield role.

Strengths: In his first season he has displayed excellent vision when moving the ball up the field and is very strong in using both feet. He has shown great discipline when playing his role on the pitch.

Opportunities: Considering the tools he has at his disposal Charles-Barrera needs to be more impactful and start to dominate the play.

Projection: Another player who will join the others at the U18 level, giving him a chance to hone his game against older players. Will be interesting to see how he is utilised and how many starts he gets next season. 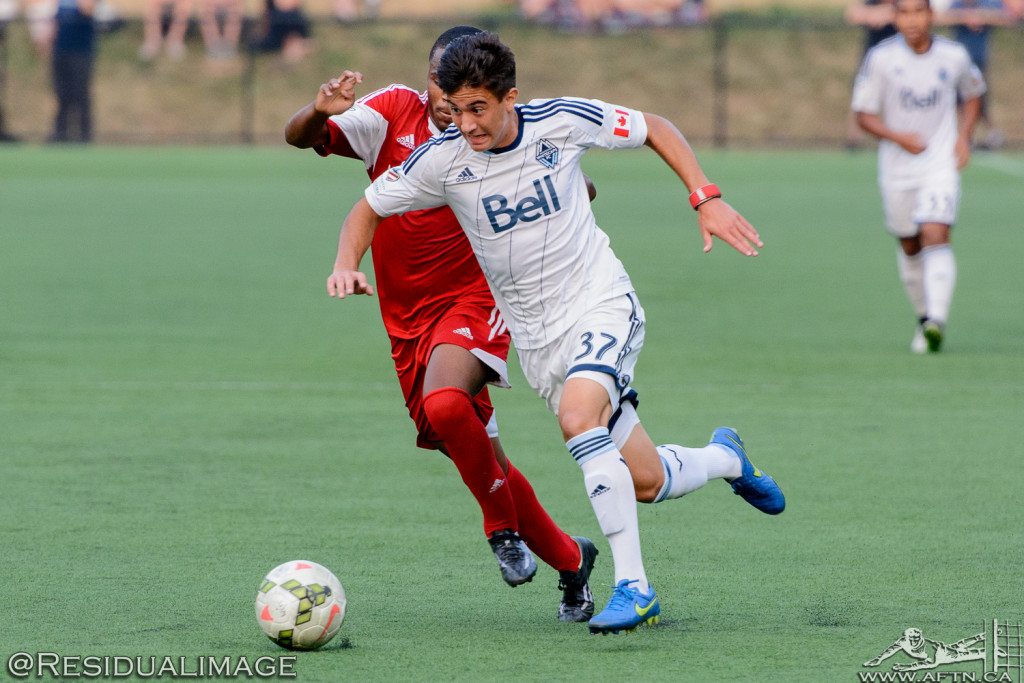 Background: The longest standing Residency player in this list, Apostol has been with the Caps since 2008 (in the Prospects program) before joining the full Residency program in 2011.

Strengths: Apostol is a player who has an endless supply of energy which helps him make powerful runs even late in games. The converted central midfielder is also very strong when it come to tackling opponents.

Opportunities: Having converted recently to his new position, Apostol will have to clearly define his position (RM or RB) and work on those specific attributes (eg: crossing)

Projection: Apostol will continue his rise from the Prospects and join the U18s next season. He made his USL debut as an academy call up against San Antonio on Saturday, so the ‘Caps have him pegged as one for the future already.

Tags: RESIDENCY, Vancouver Whitecaps, U16, U16s, Ones To Watch