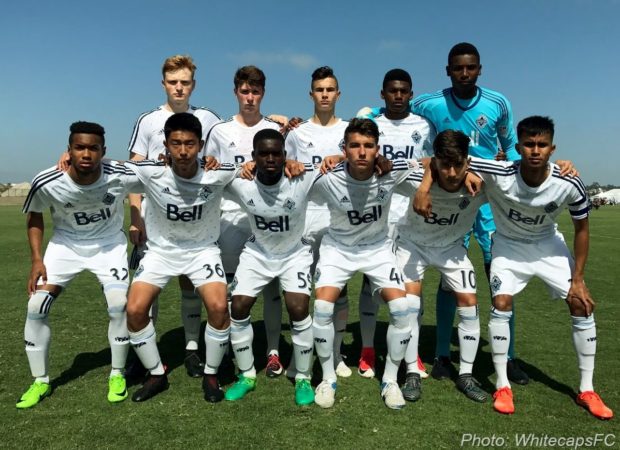 These past seven seasons we have put together our annual ‘Ones To Watch’ list of who we feel are the top Residency players within the Vancouver Whitecaps system (you can find links to all the previous years at the bottom of this article), and we kick this year’s rankings off with a look at the U17 squad.

There were some alterations to the Residency program this season due to the reclassification by the USSDA, as the U18s became the U19s and U16s changed to the U17s. One of most interesting players on the U17 team was not included as Simon Colyn was already signed to a MLS contract, which has excluded players in previous rankings.

Players develop at different rates. Some are ready to join the pros as soon as they graduate youth football, while others really benefit by having another few years of growth and development while also getting an education behind them at college.
We were able to talk to an independent expert to evaluate the top prospects on the U17 team and they helped us come up with this year’s ranking based on both our thoughts and their comments.

So, without any further ado, let’s get AFTN’s Vancouver Whitecaps Residency Ones To Watch 2018 Edition underway with a look at the U17s, who finished the regular season as the tenth ranked team in the USSDA after finishing second in the Northwestern Division, notching up 100 goals in a season for the first time . This past week unfortunately saw them bow out of the playoffs at the group stage, but a number of players have excelled this season. 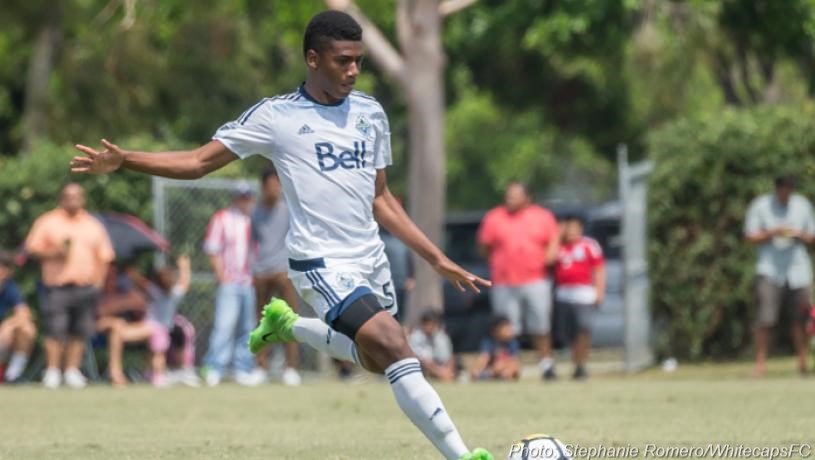 Background: After joining midway through last season, the Edmonton native has become an integral part of the U17 side. Prior to joining the Residency, Carter was part of the FC Edmonton Academy program.

Strengths: A classic box to box midfielder, Carter has shown the ability to drive through the midfield with the ball. He also has a good range of passing from in tight spots to sending someone on a deep run into the final third.

Opportunities: While he is solid with both feet he will need to develop his passing with the weaker right one in order to enhance his play in the midfield.

Projection: Carter will move up to the U19s next season where he will face a battle to be an immediate starter with some older teammates. 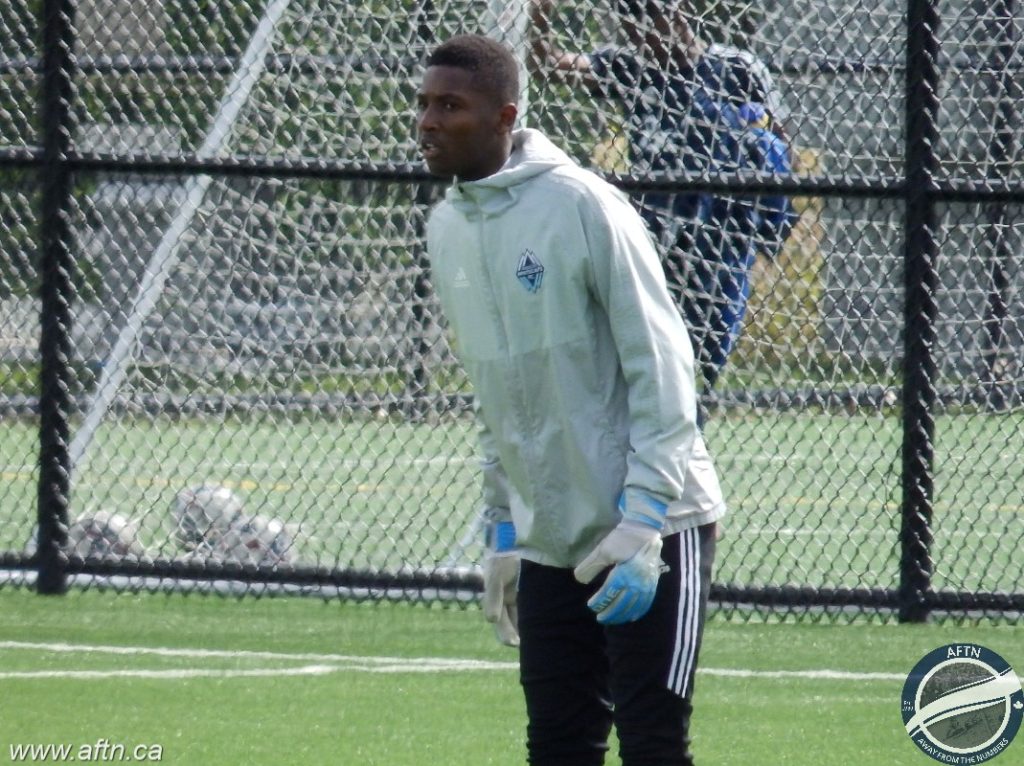 Background: The 6’6” goalkeeper is originally from the UK where he spent time with Chelsea, Cardiff, and West Ham Academies before moving to Calgary. Born in the United States, Odunze has attended their recent U17 camp but has been at Canadian camps as well and is looking into getting his Canadian citizenship.

Strengths: He is a natural athlete and moves effortlessly when some keepers at his height and age are normally quite awkward. Because of his size he is dominant in the air at his age group, to the point where opposing teams keep the ball on the deck.

Opportunities: One of the traits that he will need to work on is his distribution of the ball in order to help his team on the attack.

Projection: With goalkeepers taking longer in their development than outfield players, Odunze will most likely remain at the U17 level next season. 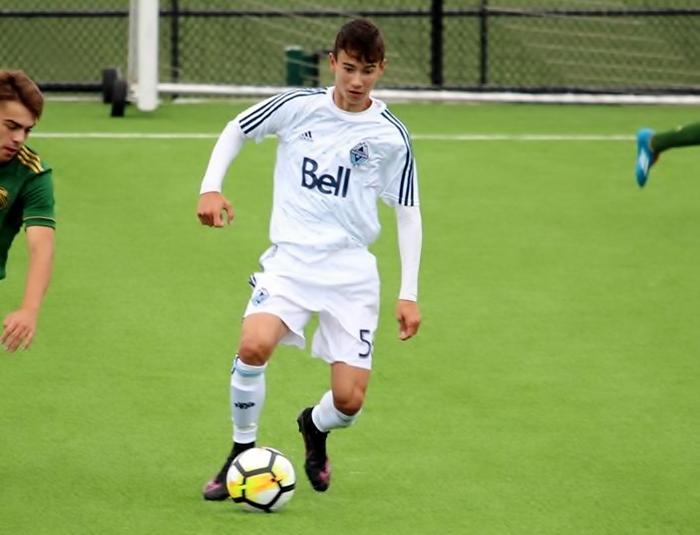 Background: The first local boy on the list, Pecile joined the Residency program at the start of the 2015 season after playing his youth football with Mountain United FC.

Strengths: The versatile attacking player has the ability to play wide or as a striker but his natural position is as a number ten. In addition to having a nose for the net, Pecile is an above average distributor as he has the ability to keep the ball moving by taking a pass and immediately moving it to teammates.

Opportunities: In order to last a full 90 minutes in the positions he plays, Pecile will have to work on improving his conditioning.

Projection: While he will most likely start next season at a similar level there is a chance for him to move to the U19 group if he keeps ascending at the same rate. 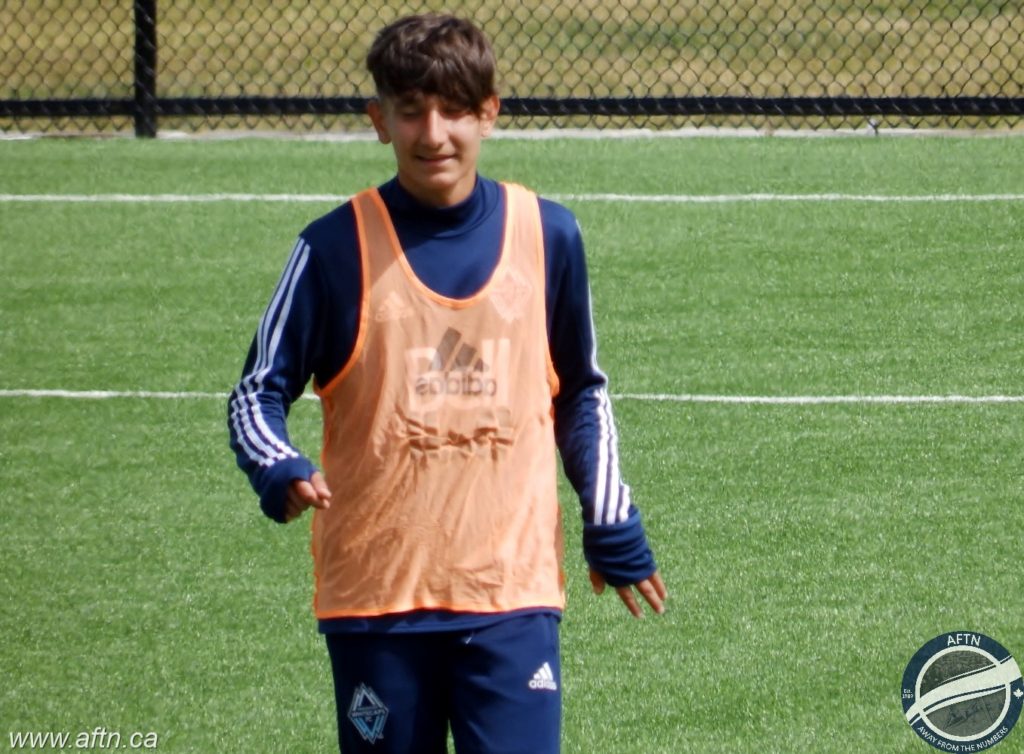 Background: Having joined at the beginning of the 2016/17 season, from Mountain United FC, Habibullah began moving up the ranks of the Residency apace. In addition to leading the U15 side to the Northwest Division title, he has also appeared a number of times for the U17 team, and has started in this week’s playoffs with the side.

Strengths: A natural number ten, the Vancouver native is also adept to playing in the wide areas of the pitch. At his age level he is considered an all around player who displays excellent dribbling and vision when leading the attack.

Opportunities: Because of his young age, Habibullah will need to fill out and get stronger so he can get better at protecting the ball in the tight spaces.

Projection: The Whitecaps rate Habibullah very highly and will most likely move him into the U17 level despite his eligibility to remain at the lower level for another year. If his development continues in the same upward trajectory, there is a very bright future ahead for the young player with the club. 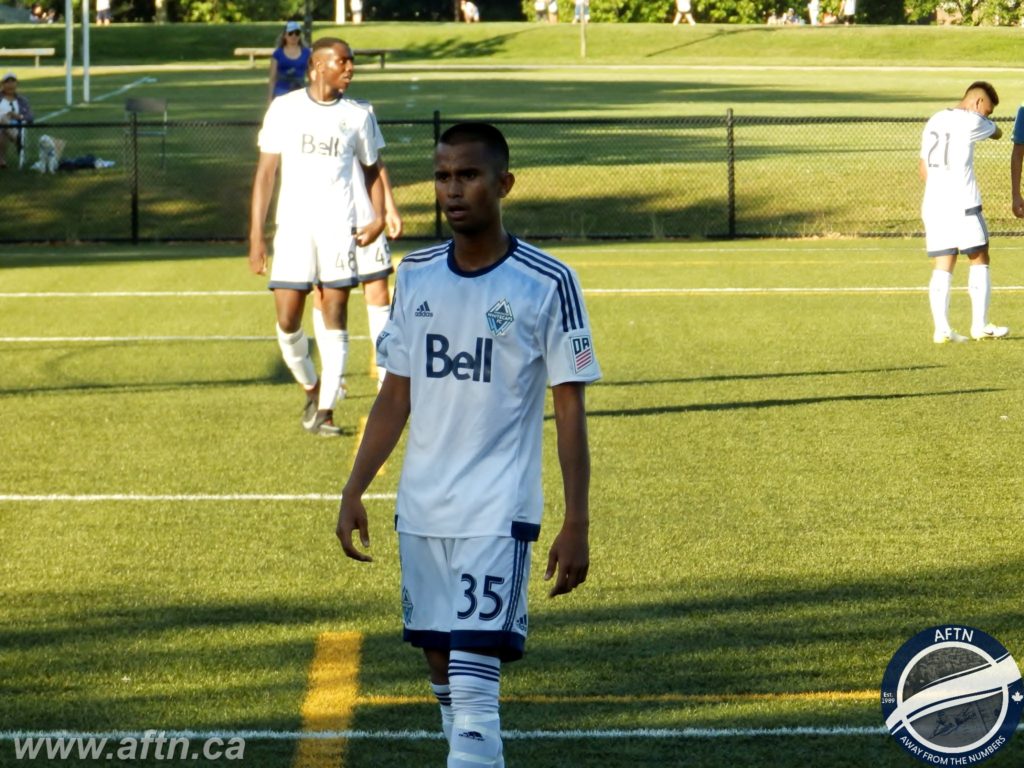 Background: After spending his youth soccer with Surrey United, Zohar joined the Whitecaps program in 2014. Last season he was named Whitecaps Youth Player of the Year.

Strengths: Being a defensive midfielder, Zohar is very sound defensively and has the ability to break up attacks by being positionally aware. He also has great vision and is able to spray the ball to his teammates as a deep lying playmaker.

Opportunities: In order to continue his upward momentum he will have to improve his athleticism and speed which will help him defending and going forward.

Projection: Zohar could very well move up to the U19 level but also could easily start at U17 before getting promoted to the higher level as the season progresses.