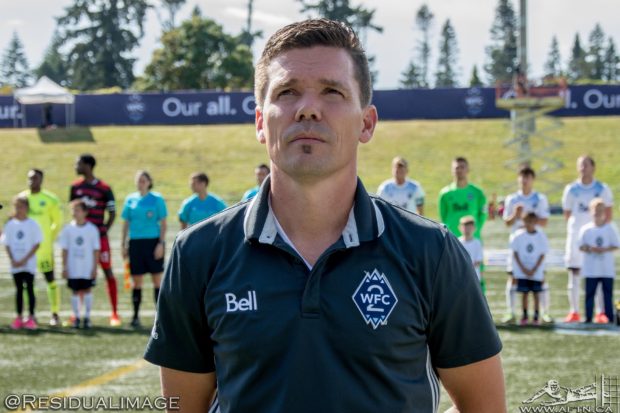 Saturday was a historic day for WFC2. Their first ever home playoff game ended in a hard fought 3-2 victory over OKC Energy, clinching a place in this weekend’s USL Western Conference final.

But it was also a special day for WFC2 head coach Alan Koch, and not only in terms of the result.

In his 11th season as a head coach, Koch was finally taking charge of a playoff game on home turf. A crazy stat for a coach that’s regularly taken his sides to the postseason.

“Last Saturday was my first North American home playoff game.” Koch told AFTN at WFC2 training on Tuesday. “Obviously the rules we had to go through [with SFU] in NCAA was that we weren’t allowed to play at home. It was actually nice to play a game at home like that and share it with family and friends.”

The SFU Clan made history under Koch, becoming the first Canadian college to make it to the NCAA II Final Four in 2012. A feat they repeated the following the year.

SFU had to do it the hard way, playing all their “home” postseason games at various venues up and down the West coast after NCAA rules and rankings dictated they couldn’t play their games in Canada.

Playing on the road of course is one of the best ways to build up squad chemistry, especially when it helps instil a them against us attitude to take into matches.

It worked exceptionally well for SFU, taking them to those two Final Fours and two heartbreaking semi-final losses. But they were great learning experiences for a young coach.

So just how much does Koch draw on those playoff experiences with the Clan to help prepare himself and his young steeds for this USL postseason push?

“A lot,” Koch admits. “The runs that went on at SFU were fantastic runs, but they’re definitely something I’ve reflected on and used through this run so far. To go to back NCAA Final Fours was great experience for the players, but also from a coaching perspective was very educational too.”

With the dust and the excitement now settled after the win over OKC, thoughts now turn to this Saturday’s Western final clash at Swope Park Rangers.

Koch and his team have already reviewed the game tape from the weekend, and while still delighted with many aspects of his team’s performance, he knows they need to tighten up and be better in a number of areas if they are to take another step towards the USL title.

“We’ve obviously digested it a little bit, and then gone and dissected it too,” Koch told us. “It’s a game that could have gone either way, just because they’re so dangerous on those set pieces. Not necessarily just in the first phase but in the second phase too.

“I certainly didn’t think our group would give up. This is a group that doesn’t give up. They’ll fight right until the bitter end and thankfully they did and we got the result.”

Their reward was finally revealed on Sunday afternoon – a trip to Kansas City to take on a side that they’ve already beaten twice this season. It’s a very winnable Western Conference final for Vancouver. 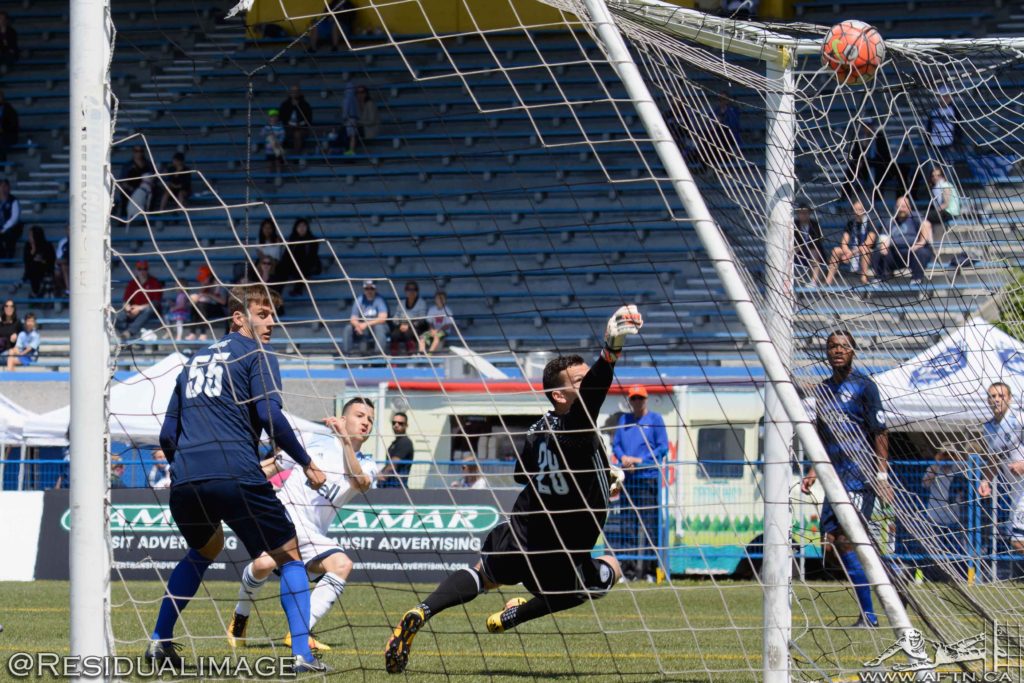 The ‘Caps came away with a come from behind 2-1 win at the Rangers in April, following that up with a 3-2 victory at Thunderbird Stadium in June. Both matches were hard-fought affairs, with Swope Park pushing right till the very end, and Koch isn’t expecting anything different in this week’s Western final.

“[I’m expecting] another close game,” admitted Koch. “Both previous games don’t really mean anything right now. The fact that we’ve beaten them in the regular season means absolutely nothing.

“This is a brand new game, going to play them at their place for a Conference championship. It’s going to be exciting for us. I’m sure they’ll be excited too, and we’re looking forward to embracing the challenge.”

Swope Park eventually made it through 2-1 after a wild one against OC Blues on Sunday that saw them score the winning goal in extra time while playing with just nine men.

Ever Alvarado and Tommy Meyer received straight red cards for Swope in normal time of that game, meaning both starting full backs will now be suspended and miss this weekend’s clash. That could play right into Vancouver’s hands, allowing them to fully utilise the speed of their wingers like Alphonso Davies to terrorise the Rangers back ups.

“Well it depends who we play,” Koch said. “If we play with some of the players that we have, we have some very attack minded, lightning quick, wide players that can go at them.

“If we play some of other players that we’ve been playing the last little while, they’re more creative players who can drift into different pockets too. Depends who we have available to us. Who we select will go out and we’ll play a certain way.”

At first glance you have to feel that a weakened Swope Park starting 11 is a massive boost for the ‘Caps, but at the same time, it also leaves them a little unprepared about just how their opponents may set up and who they will play.

But whatever and whoever it is, Koch says his side will be ready for them.

“They’re like us, they have a big pool of players,” Koch noted. “So they’ll obviously lose two players but they’ll replace them with two quality players too. But they’ve just played the last game with nine players and won the game. So they’re obviously going to feel pretty good.

“They probably think they can come out without full backs and they’ll be ok! I’m sure no matter who Marc [Dos Santos, Swope’s coach] replaces those players with they’ll be good quality players. We’re just looking forward to the game. It should be a good one.”