It wouldn’t be a week here at AFTN Towers if we didn’t have some sort of ticketing blunder to report about the Whitecaps.

[* WARNING – This blog will now contain a spoiler as to what is in your season ticket package. If you want to be surprised. Stop reading now! *]

As a member of the Vancouver Southsiders, I was excited to be picking up my Whitecaps season ticket package and my 2011 Southsiders membership package at their special event at the Lamplighter Pub on Tuesday 15th March.

This event isn’t open to just Southsiders members though. Every Whitecaps fan that didn’t want them delivered could indicate that they wanted to pick them up that way. Those that couldn’t make it along, or didn’t want to, would get their package delivered by Purolator and it was thought that this would be in the week leading up to the game.

The closeness of this delivery worried me and others, but good news! They’re getting delivered this week.

And that’s where the good news stops and the latest fuck up takes over.

All good and smooth on their end.

Imagine my surprise this morning when I opened my door and there, lying on my doorstep, was a Purolator package with a Whitecaps address label on it. 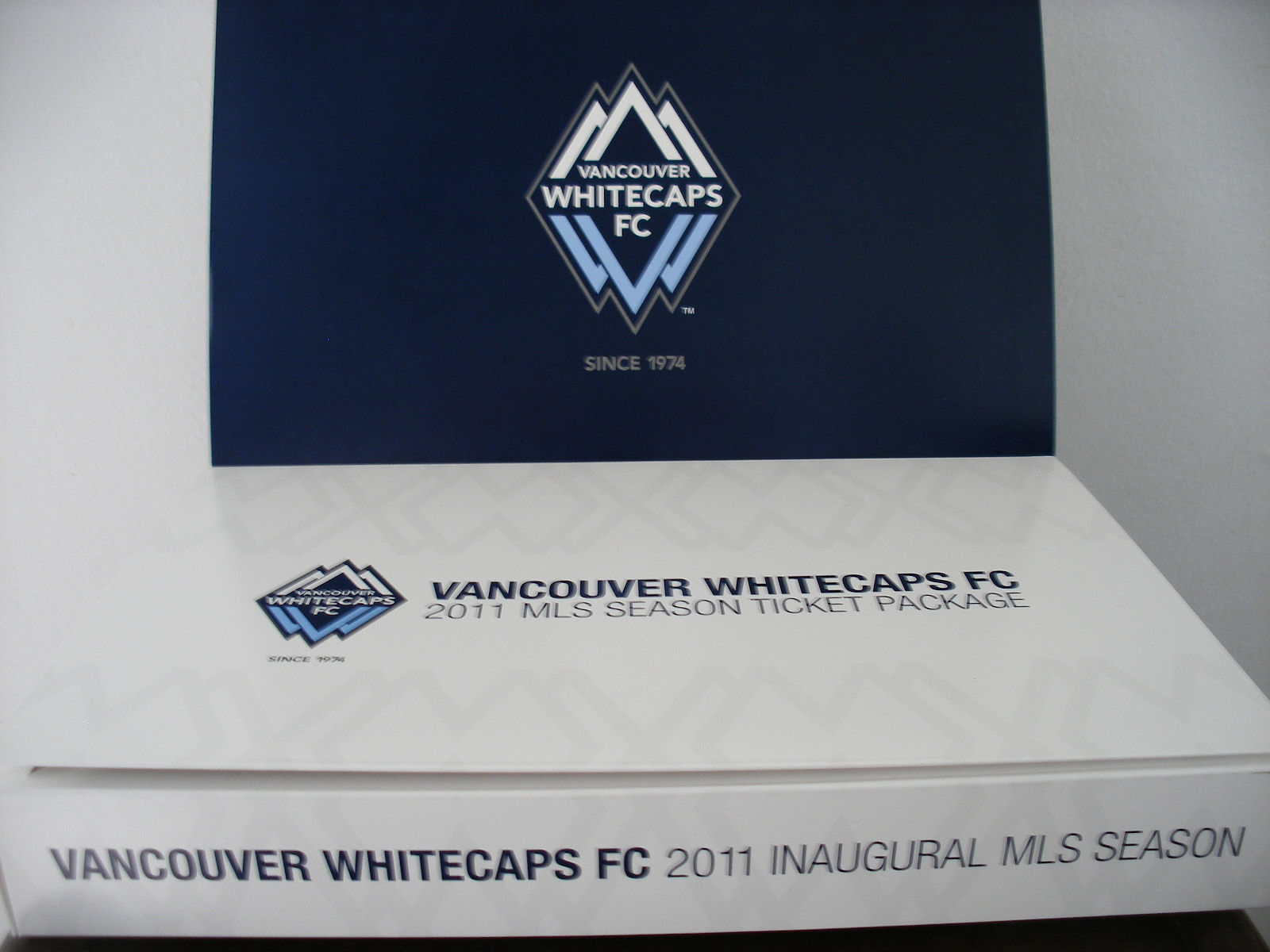 Now, where to start…

Well, let’s kick off with the fact that I shouldn’t have had my package delivered in the first place. I should have been picking it up next week, as I indicated and as was confirmed.

Secondly, not only was this delivered whilst I was asleep, it didn’t even need to be signed for and was just left lying there for anyone to come and take. Surely something of this monetary value NEEDS to be sent in a way that people will sign for it.

It could have been lying there for hours if I hadn’t happened to have been off work today and if I hadn’t taken my dog out, I would never have even known it was there. Unbelievable.

So what’s in the package?

Well, the worst kept secret was that all season ticket holders would be getting a special inaugural season scarf, ala Seattle Sounders fans, and yes, we do.

The big difference between the Sounders scarf and ours is the quality and the fact that you’re highly unlikely to want to be wearing it three years later like they proudly are.

I’ve dealt with Ruffneck scarves. I know what top notch scarves they have. This one is basic. White scarf, basic logos, basic printing and just weird blue stripes on the other side. It just makes it look cheap.

To those that don’t know or don’t care about scarves, they’ll like it. To those in the know, it’s awful. I accept the majority will be in the former. 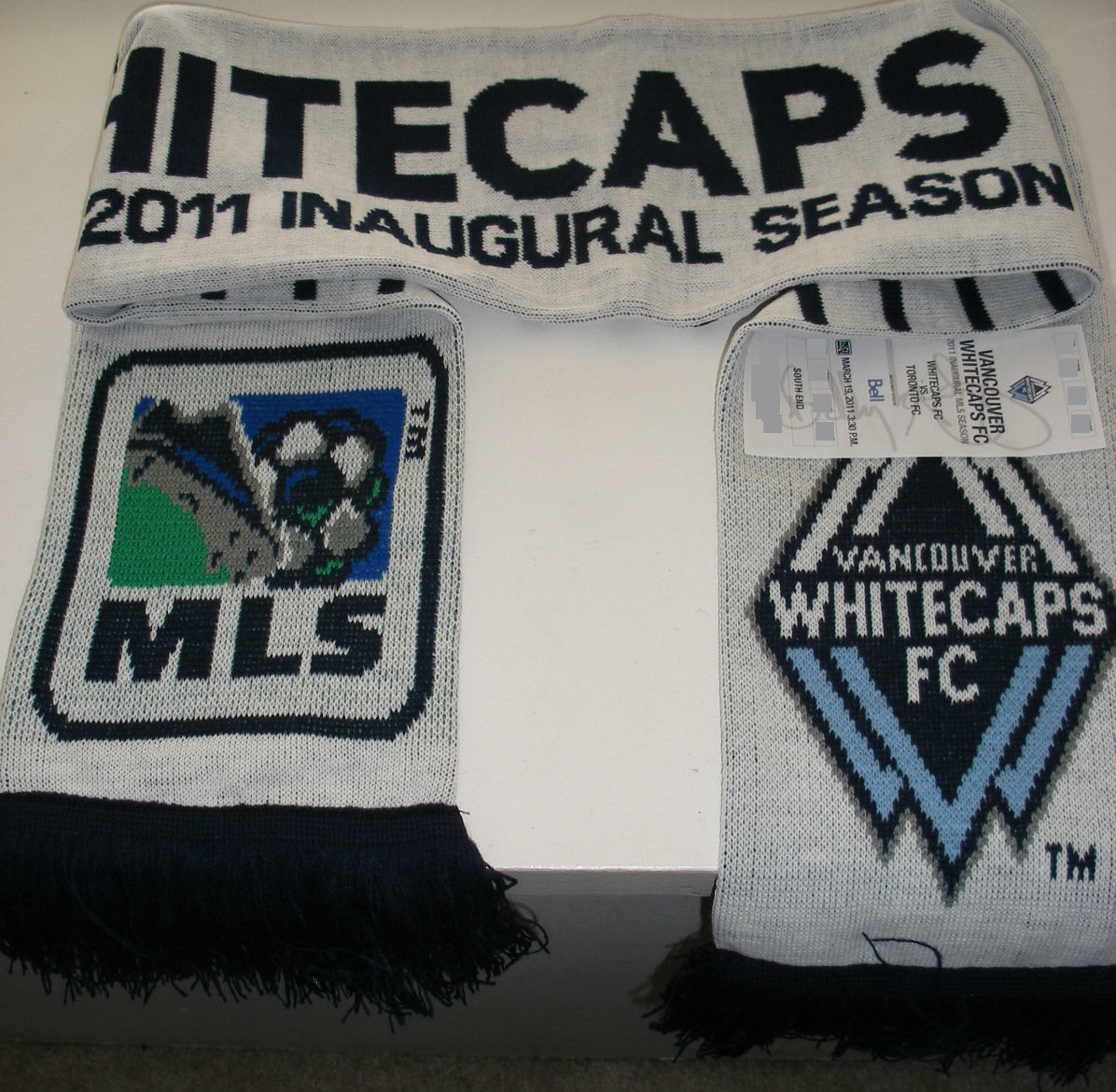 I’ll be honest. I’ll be wearing it to the first match and then it’s just going in a drawer.

I wouldn’t even wear it to the first match if it wasn’t for the fact that it’s your ticket for getting in!

Yes readers, read the small print of your season ticket booklet very closely. The scarf has a “ticket sticker” stuck on it. I very nearly peeled it off until I saw in the season ticket booklet that the ticket in there is not a ticket to get in to the game and you need to get the one stuck on your scarf scanned. I think they really need to make this clearer.

This is also what Seattle did, but a few will be caught out. It will cut down on scalper activity though.

Let’s hope no-one gets too drunk and loses their scarf or their sticker before the game. Don’t go exchanging it either. Even worse, don’t leave it at home!

What other swag is in the package? Um, that’s it. The Cap$ haven’t shown that they really want to give the season ticket holders much. A cheap scarf, no open day, no VIP invites to events like last night’s one at River Rock Casino or this coming Saturday’s closed doors game against Colorado Rapids. Just take our money (eventually).

It does come in a nice cardboard box! There’s a Whitecaps foundation flyer and the season ticket booklet is smart, with varying degrees of quality artwork in it.

I still can’t believe it was just left lying on my doorstep though.

A few other Southsiders who confirmed for the 15th event have reported getting their packages this morning.

No doubt the Club will spin this as either more communication problems or that they wanted to ensure everyone had them in a timely manner.

It would have been nice if they’d let me and the Southsiders board know this then. It would also be nice to have it delivered securely.

Next Article
There are 30 comments for this article