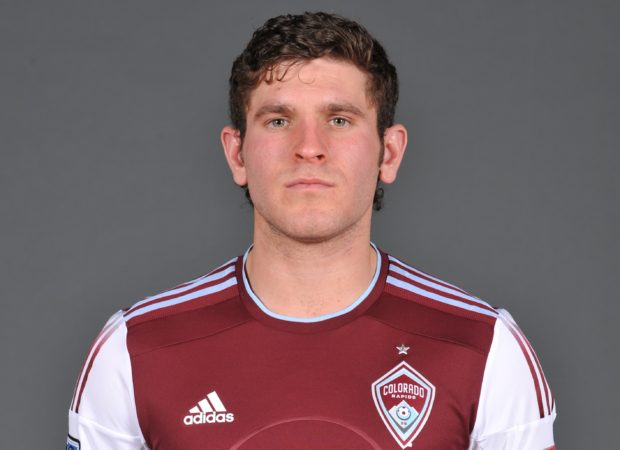 In our “Around The League” series, we chat with some of the more interesting and sometimes lesser known players from the team that Whitecaps meet in MLS action. We’ve kicked off the new series with Houston Dynamo’s Andrew Driver and Colorado Rapids’ goalkeeper Clint Irwin. We continue it this week with Irwin’s Rapids’ teammate, MLS Rookie of the Year, Dillon Powers.

His five goals and six assists played a key part in his team making the playoffs and earned him MLS Rookie of the Year honours in the process.

It was a great first season in the senior ranks but the year unfortunately ended early for Powers when a concussion forced him to miss the last three regular games of the season and the playoffs.

Understandably, it was a scary and unsettling time for the rookie.

“A couple of games before we came up here for the back to back series with Vancouver I got a concussion against Seattle. It left me out with headaches and some nausea and a lot of light sensitivity and noise sensitivity. Really not feeling right for the greater part of three or four months.

“I’m finally back, cleared all the protocol, not having headaches. It was certainly not a fun time. It was scary because the brain, we still don’t know so much about it.

“I got a lot of advice from Pablo [Mastroeni] who went through it himself. I also talked with Taylor Twellman quite a bit because he had obviously had concussion problems and he knows a lot about it. I waited until I was fully ready and now I’m back and I’m feeling good.”

Powers has started all five of Colorado’s games so far this season, grabbing his first assist in last Saturday’s 1-0 win in Toronto.

The Rapids have continued their good form under new head coach Pablo Mastroeni and sit second in the Western standings with a game in hand.

It’s been a great start for the exciting young side that only saw their new coach officially appointed a week before Colorado played their first game of the season.

Mastroeni had been interim coach since January when Oscar Pareja upped sticks for Dallas, but although there is a new man in charge, it’s just business as usual from what Powers has seen.

“A lot of the stuff they stress is fairly similar. It’s not a night and day change. I think Pablo definitely brings a different feel to the team. He really wants to play a very simple brand of soccer where you pass. move, next guy comes in. He’s really made that clear that that’s what he wants to do. To move the ball and move off the ball. That’s the two biggest things he stresses.” 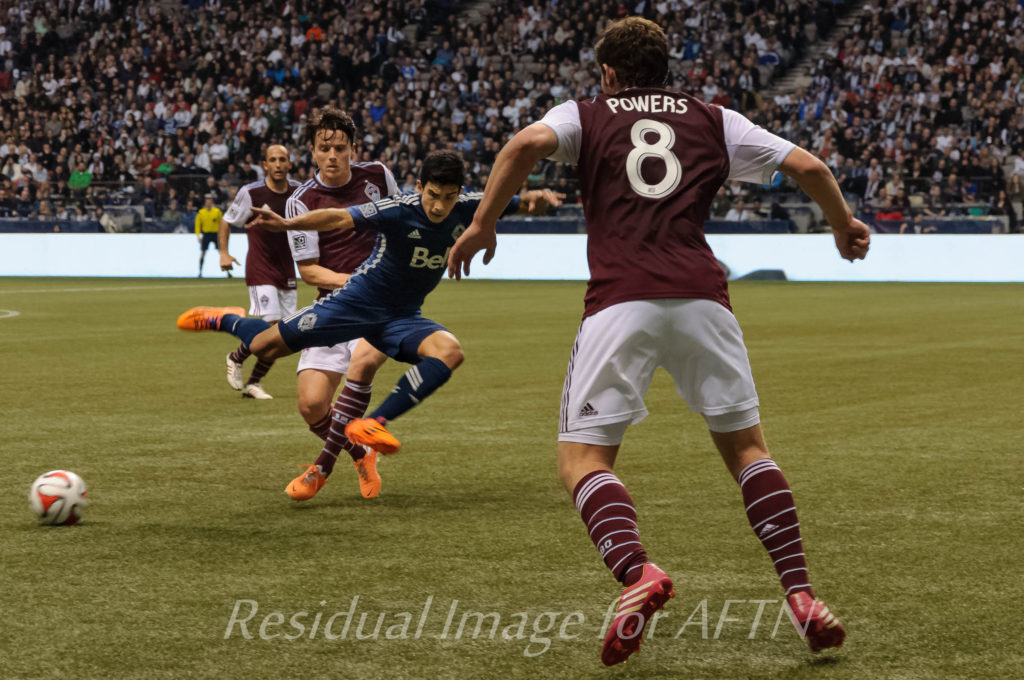 Colorado surprised many last season with their play, with their rookies standing out amongst it all. The pressure is on the Rapids to continue that growth and for guys like Deshorn Brown, Clint Irwin and Dillon Powers to continue their development.

It’s something Powers is aware of but takes in his stride.

“I do put a lot of pressure on myself to continue to improve. I’m not trying to reach a certain number of goals, assists or whatever, but I think if I can continue to improve and feel like I’m improving each game then I’ll be happy with that.”

Before heading to MLS, Powers was a key player with Notre Dame, scoring 10 goals and contributing 22 assists in his 78 games for the Fighting Irish. He played in a good team in his senior year, but last season they won it all, the NCAA College Cup, which came as little surprise to Powers.

“We had a very good team my senior year. It really felt like that was our year to win it. After I left it was hard to tell just how great they would be but the one thing I knew was that they had a very good group of guys. Good leadership. So that can obviously take you a long way.”

Whilst at Notre Dame, Powers played the 2012 USL PDL season alongside the Whitecap’s Kekuta Manneh. Both players had great rookie seasons in MLS, but Powers knew at an early age that Manneh had what it took to make it in the senior ranks.

“He was really special. We very kind of very much better than the teams we were playing so it’s hard to judge. I only played two or three games with Kekuta but in tight spaces he’s unbelievable. He’s incredibly quick and he was scoring loads of goals. Then soon enough I realised he was going to MLS and it’s cool to see that it’s translated into success at this level as well. I think he’s very talented and he has a tremendous upside.”

Both players are now in the second seasons and looking to impress their new coaches, but if they both continue the development we’ve seen so far, we could see a lot more tussles between the two of them for many years to come.