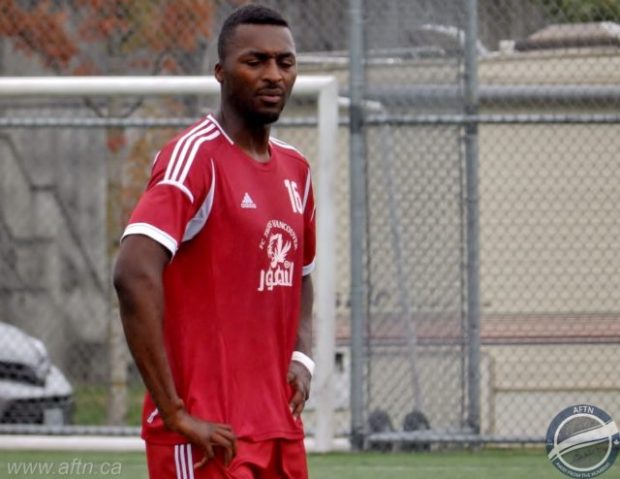 Elie Gindo and Riley Pang look set to be the first choice centre back pairing for TSS Rovers in their USL League 2 campaign this season.

On Sunday, however, they’ll be facing off against each other as rivals in this year’s BC Provincial A Cup final when Gindo’s Rino’s Tigers take on Pang’s CCB LFC United in a battle of VMSL side at Merle Logan in Nanaimo.

For Gindo, this is his second straight Provincial Cup final after losing an extra time heartbreaker with Langley United last season.

Langley were ahead 2-1 in last year’s final until deep, deep into stoppage time. Gindo had scored both of Langley’s goals on the day. Then, with mere seconds remaining, BCT Rovers Tigers United won a penalty. Nick Soolsma stepped up to fire home the spot kick and the Surrey side went on to dominate extra time and lift the trophy with a 5-2 victory.

It’s hard for a team and for players to pick themselves up after that, but it just motivated Gindo all the more to win a provincial title. This year he has the chance to do just that with his new team and playing in a new position.

“I’m excited,” Gindo told AFTN at TSS training this week. “A goal of mine was to come back and try and win the Provincial final again. I’m thankful we beat Rovers Tigers last week, but the journey’s not over.

“We’ve got this final game and we’ve got a squad that’s good enough to do it. It’s exciting to get another chance at it. That’s what I’m most happy about.”

Despite the defeat, and the heartbreaking nature of it, Gindo still looks back on last year’s final as a great footballing occasion in his career so far.

“It was really hot, first of,” Gindo reminisced with us. “We knew we had a chance if we played well. We had it until the final seconds and then they score right at the end. It was tough and we couldn’t regroup after that unfortunately. It sucks. We lost, but it is what it is.” 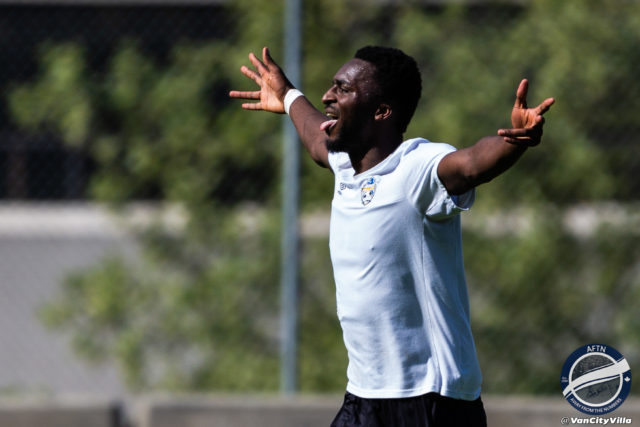 This is Pang’s first Provincial Cup final. The UBC Thunderbird is in his first season in the VMSL with CCB, having previously played with Richmond FC Hibernian. He only joined the Surrey side a couple of months ago as they looked to add some depth to their depleted team and Pang had taken time off to recover from a groin injury suffered at the end of the college season.

Starting CCB centre back Ryan McCurdy was away on trial with CPL side Pacific United, coincidentally along with Gindo. Pang came in and has been a key player for a CCB backline that’s only given up two goals in their three matches on the way to the final.

And there’s big thing he’s most looking forward to in his first final.

“Winning!,” Pang laughed. “I haven’t been with the team that long but the group of guys are good. I like competing, I like winning, so if I’m going to win a final it’ll be sick.”

Pang may be new to the team but he’s very familiar with a number of his teammates from his days at SFU and now UBC, including former Whitecaps striker Caleb Clarke. And all of that familiarity made it very easy for Pang to slot right into the team chemistry.

“Oh for sure,” Pang said. “There’s a ton of UBC alumni too. They all got coached by Mike Mosher so they’ve all been in similar environments. It’s nice. They’ve all been really welcoming.”

Pang is back for his second season with the Rovers, after a facial fracture suffered preseason kept his playing time to just four matches last year. For Gindo, this is his first year with TSS, having previously played in the PDL with Victoria Highlanders.

Sunday’s Provincial final has given something of a headache for a number of players and the TSS coaching team with the final clashing with the Rovers home opener at Swangard.

Along with Gindo, Rino’s have TSS players Connor Glennon, Marcello Polisi, Matteo Polisi, and Danylo Smychenko on their roster. Of current TSS players, CCB only have Pang. It’s put the players into the tough decision of playing in a cup final or playing for the Rovers in the home opener.

In the end all the teams left it up to players to decide which match they wanted to play. Both Gindo and Pang want to see the job they started through.

“It’s a provincial final, you can’t miss it,” Pang said. “I definitely had a think about it. It’s horrible [scheduling wise].” 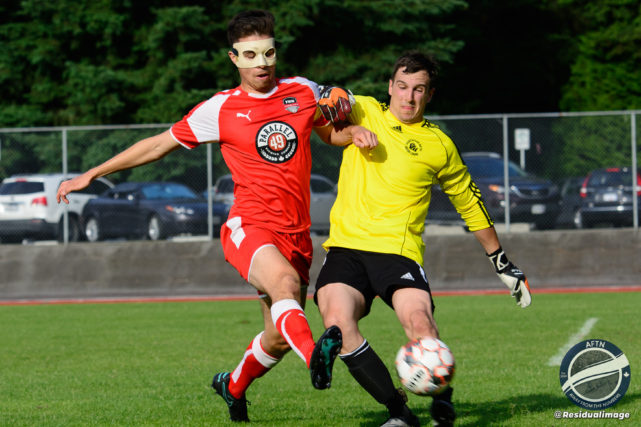 It’s made for a fun time at TSS training though, with both players winding their opposite number up about what lies ahead in Sunday’s final.

“Yeah, just a little bit,” Pang admits. “A little bit of banter. We’re getting along and we have to get together for the TSS season, but yeah there’s banter about it.”

And after the dust has settled, the pair will be very key pieces for the Rovers, lining up together to try and help guide TSS to their first playoff spot. Both centre backs are great playing with the ball at their feet, with some excellent distribution and the ability to launch attacks.

A lot of that comes from both players being attackers turned defenders. Gindo had played centre back in his teens before playing as a striker and defensive midfielder with Trinity Western Spartans. Pang was also previously a centre back but used as a winger with the Whitecaps Residency and at SFU, switching to UBC this past summer and to centre back and left back roles at the same time.

The Rovers group hasn’t had a lot of training sessions together yet, and some players have still to arrive for the summer, but from what he’s seen so far and from his previous experience playing in the league, Gindo is confident that this is a TSS side that will go out there and compete right away, no matter who is in the line-up.

“I think we can be really good,” Gindo believes. “We’ve got a good shot. We’ve got good players and I think we’re gelling really well so far. The off the field camaraderie is pretty good, so at this point we’ve just got to go out there and get some results. Who knows, there’s a good chance we can make the final and win our division.”

“The plan is to first win our Conference and second the whole thing,” Pang stated. “We have a good enough group of guys. Last year was a huge improvement from the first year. With guys returning and new guys coming in that are really skilled, I think we can do really good things.”