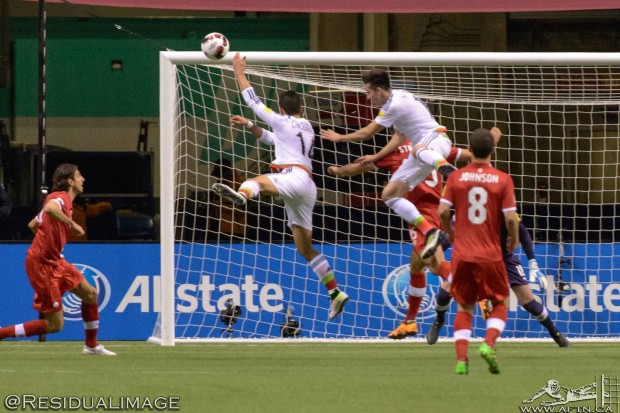 The gulf in class heading into Friday’s World Cup qualifier between Canada and Mexico was known, but to see it in action let you see first hand exactly how wide that gulf is and how far Canada needs to increase it’s footballing intellect to become any sort of player on the world stage.

A record-breaking 54,798 fans crammed in to BC Place to see Mexico run out easy 3-0 winners. First half goals from Chicharito and Hirving Lozano set the Mexicans on their way, before Jesús Manuel Corona added a third.

Canada had their chances, some really excellent ones. Had they taken them, would it have made much of a difference to the final outcome? Hard to think so, but it would have done so much for the team’s confidence for the remaining three qualifiers. 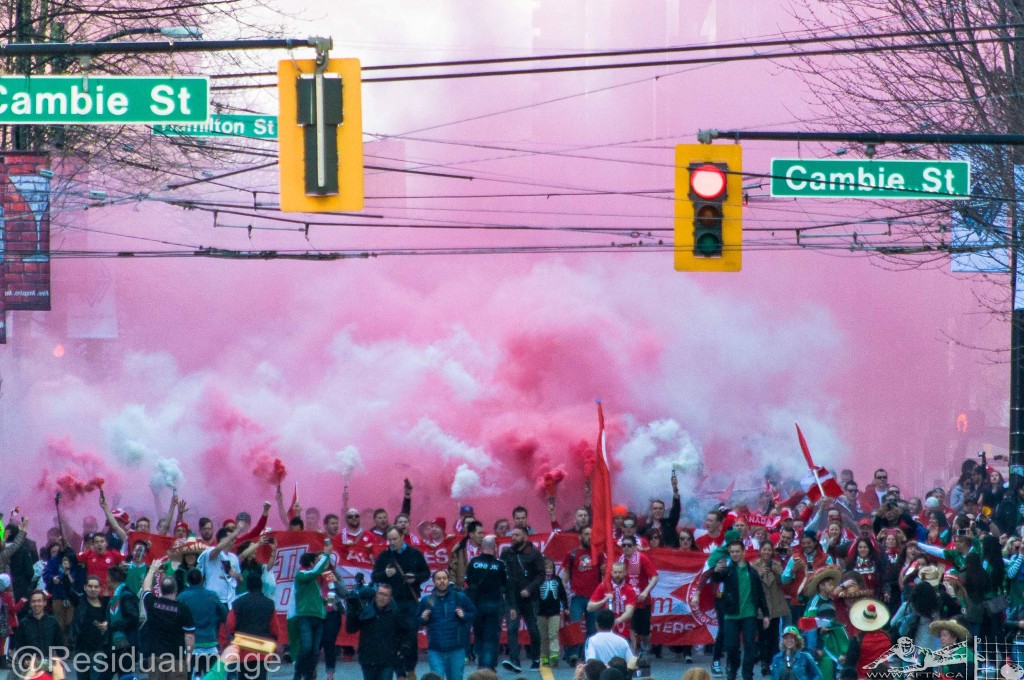 And through the smoke, they came for glory 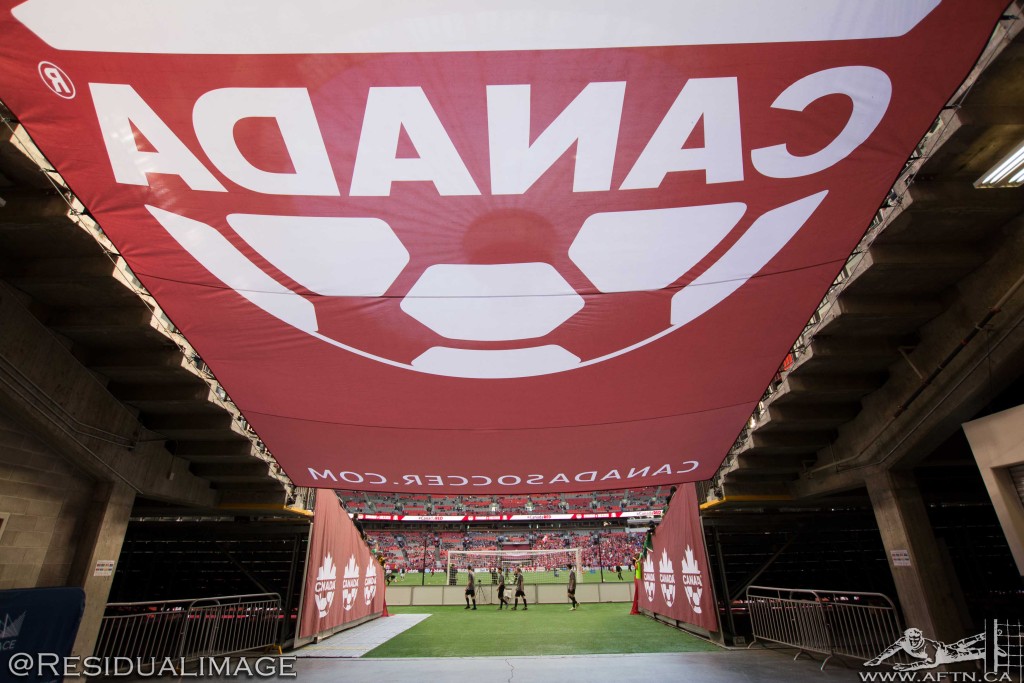 The entrance to the arena awaits 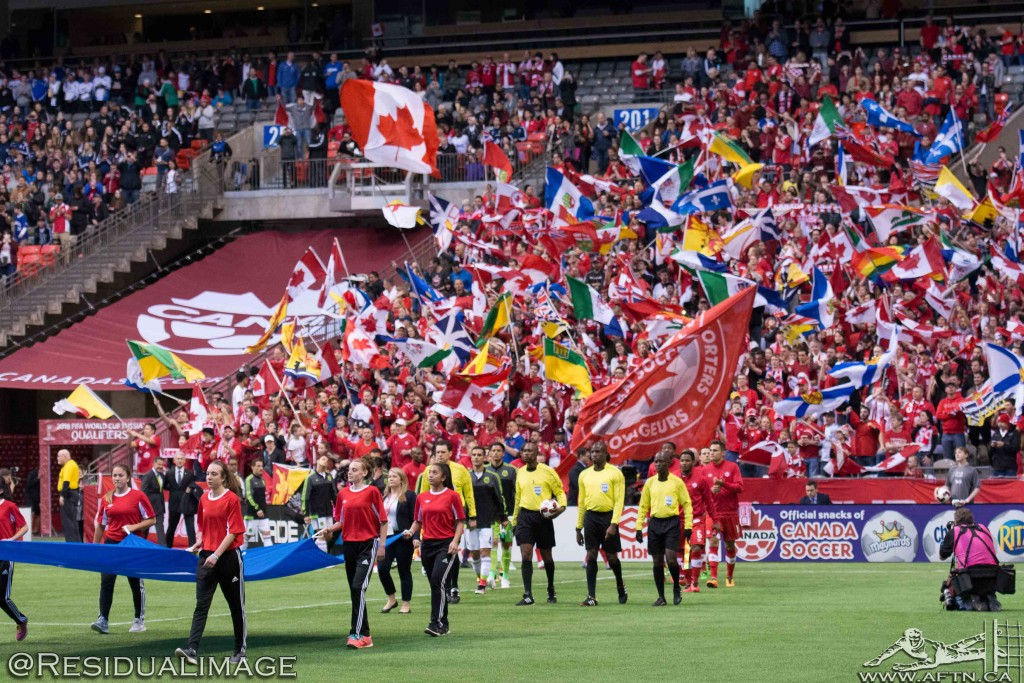 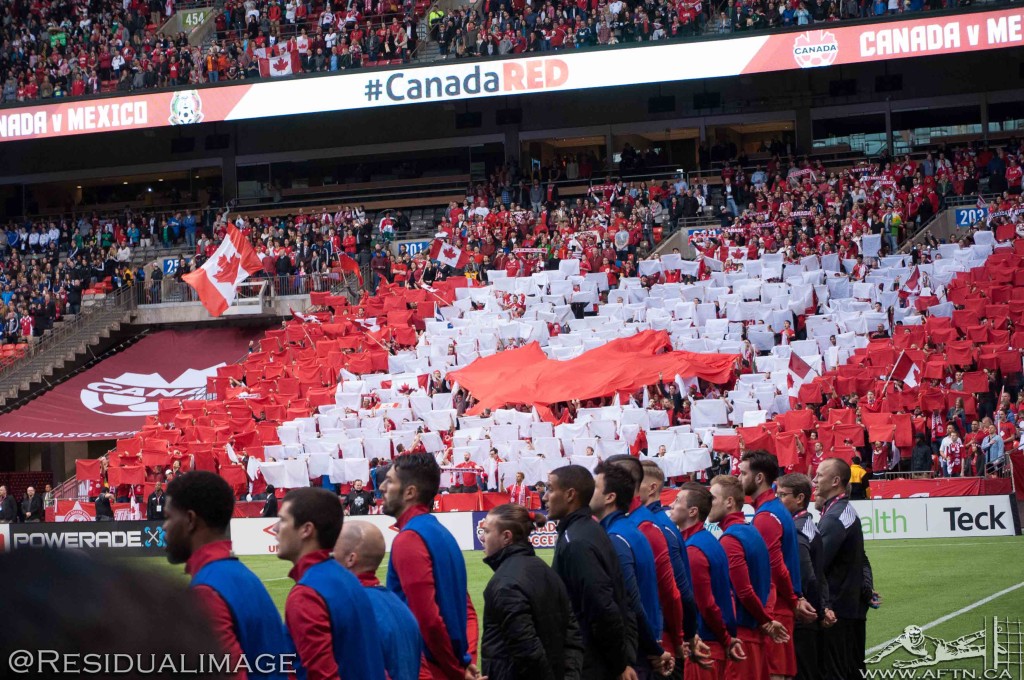 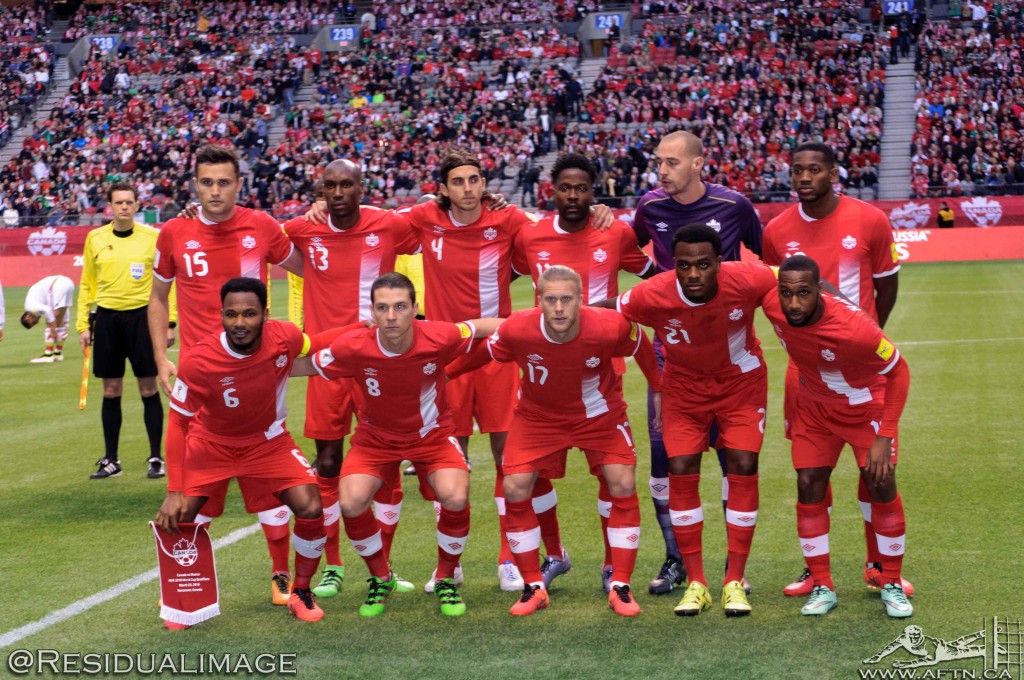 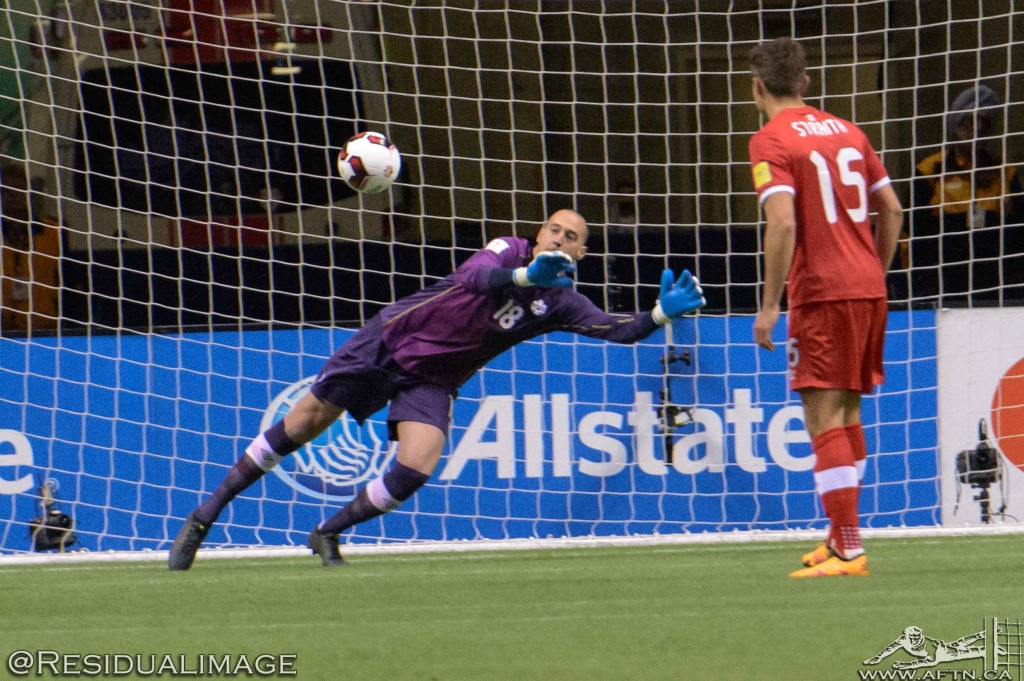 Milan Borjan stood on his head in the first half with a number of quality saves, this one from Hector Herrera in the 12th minute 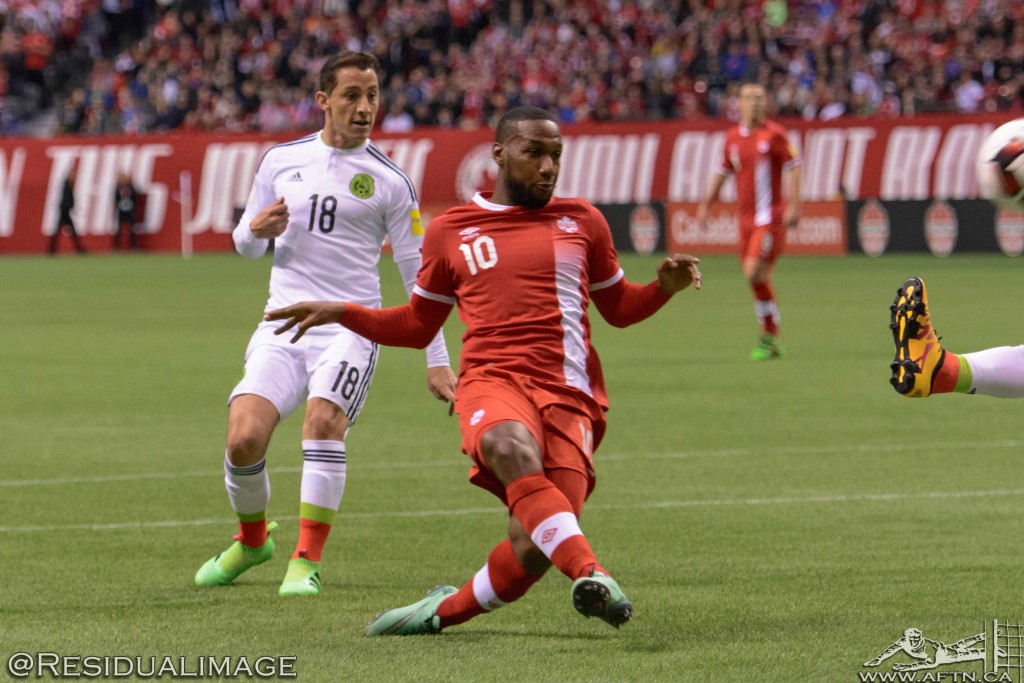 After withstanding some early pressure, Junior Hoilett had a great opportunity to give Canada a shock 21st minute lead, but blasted wildy over 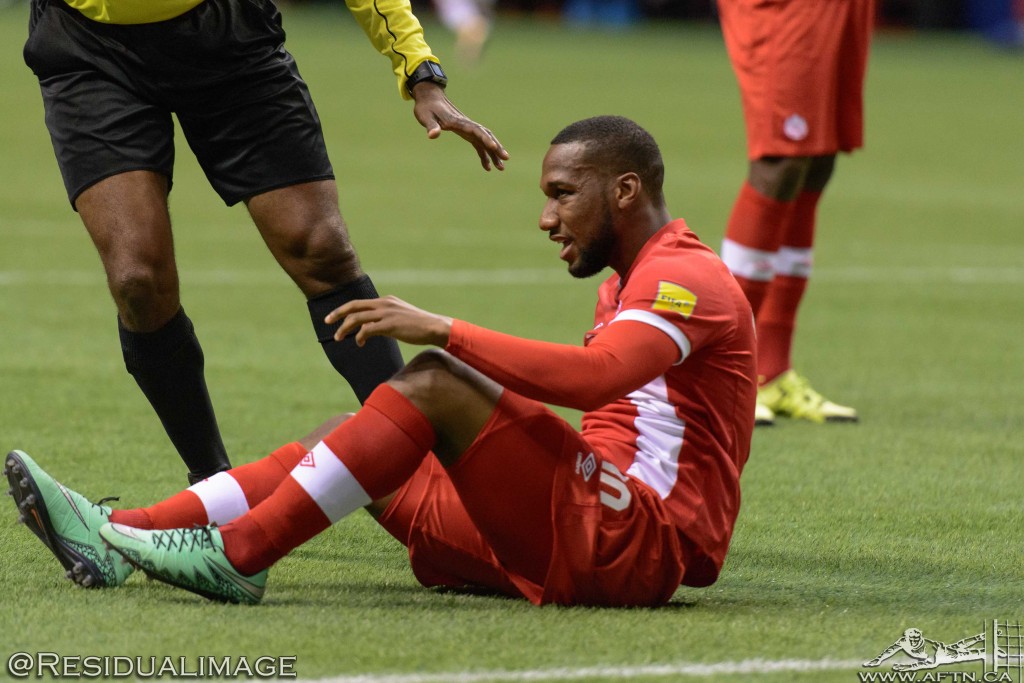 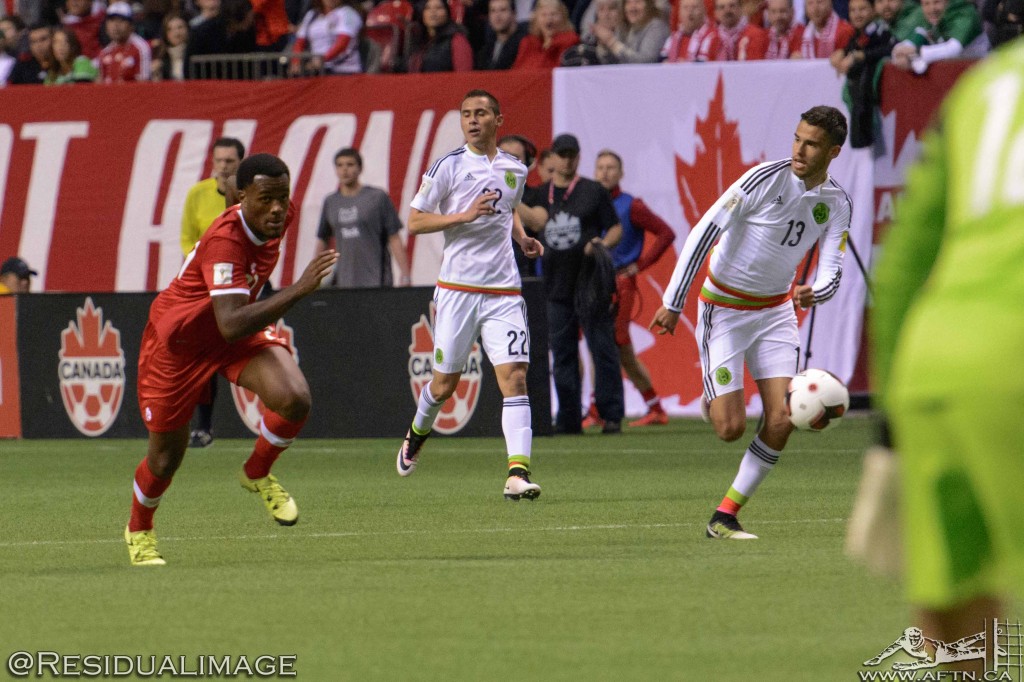 Four minutes later and Cyle Larin has another Canadian chance but takes a touch too many, runs out of a decent angle and hits a horrible shot into the stratosphere 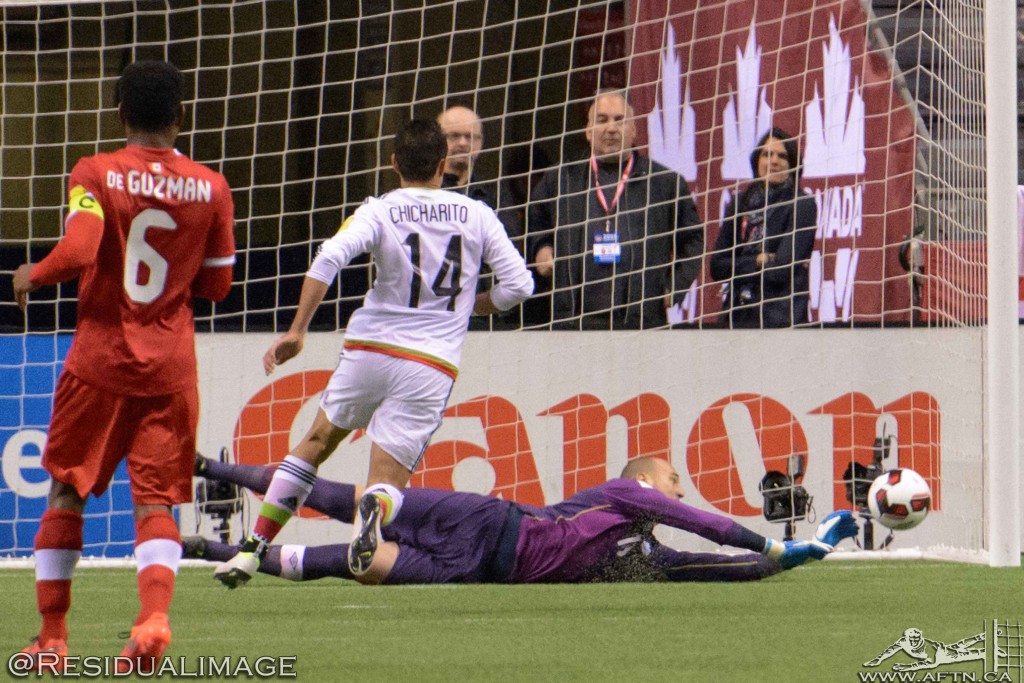 At the other, Borjan was still staying strong, with a sprawling stop to deny Andres Guardado in the ‘Battle of the 18s’ 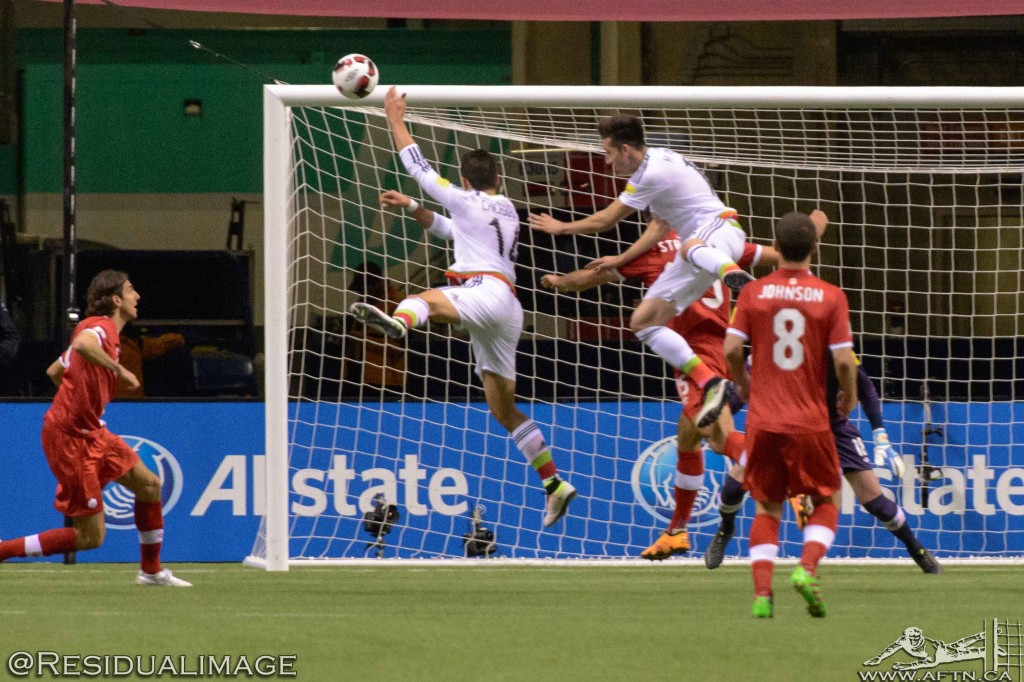 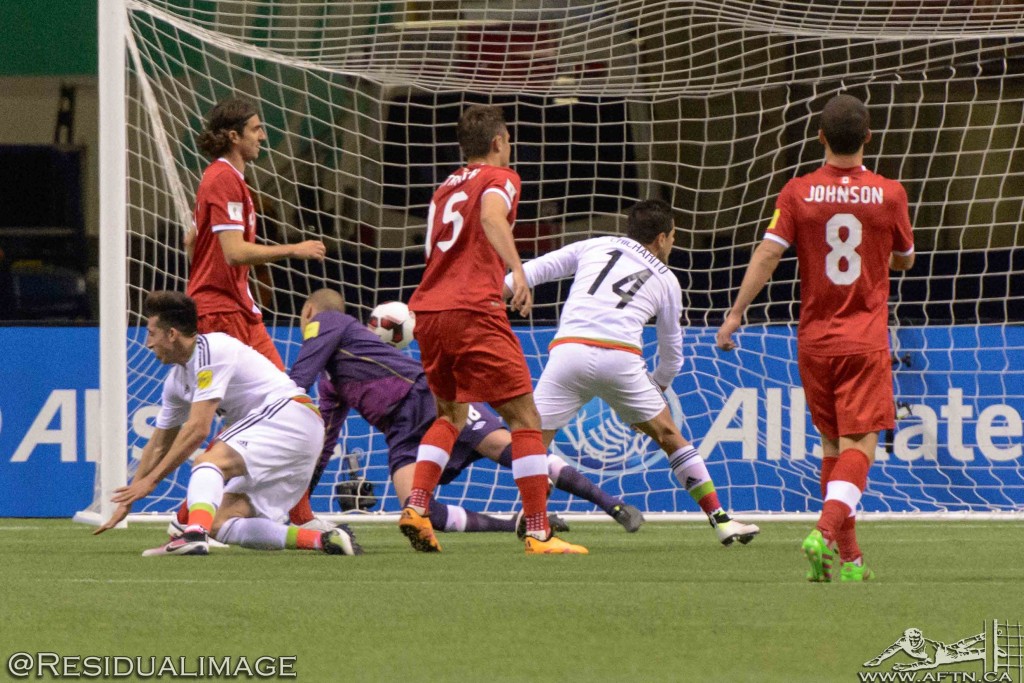 Powerfully heading home to give Mexico a 1-0 lead 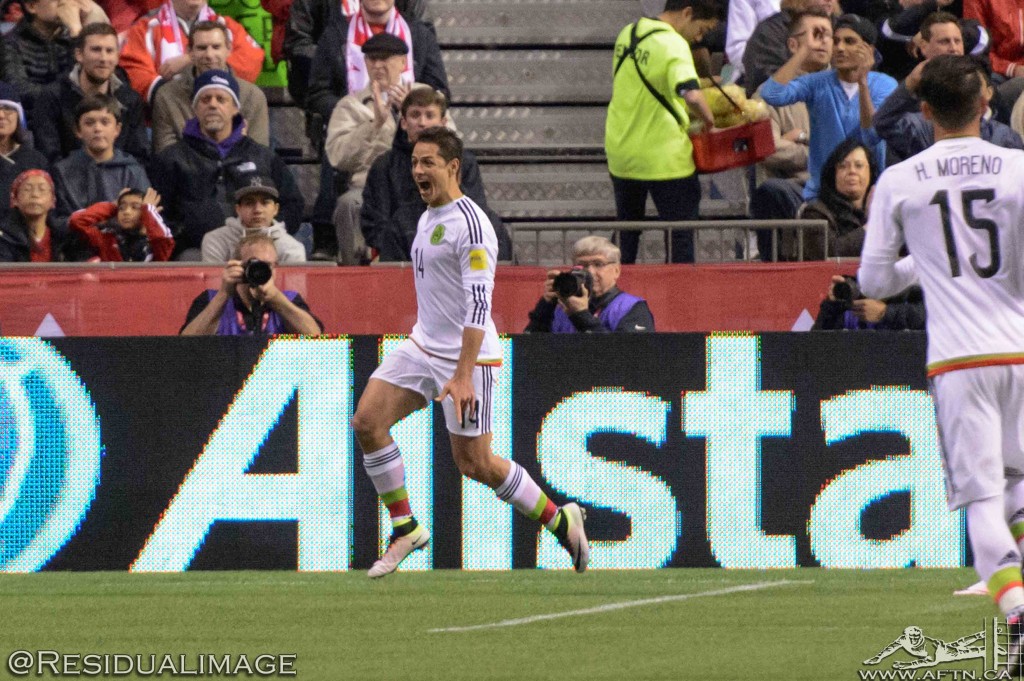 As Chicharito celebrates, it was now an uphill battle for Canada 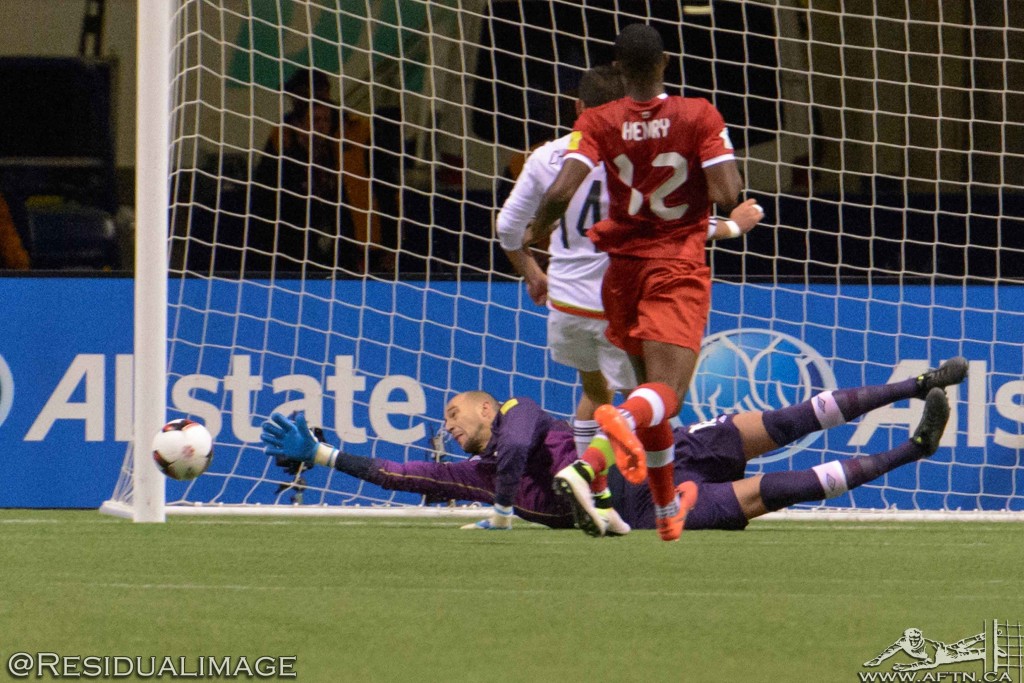 Mexico applied the pressure, looking for the killer blow, and were denied by both posts four minutes later 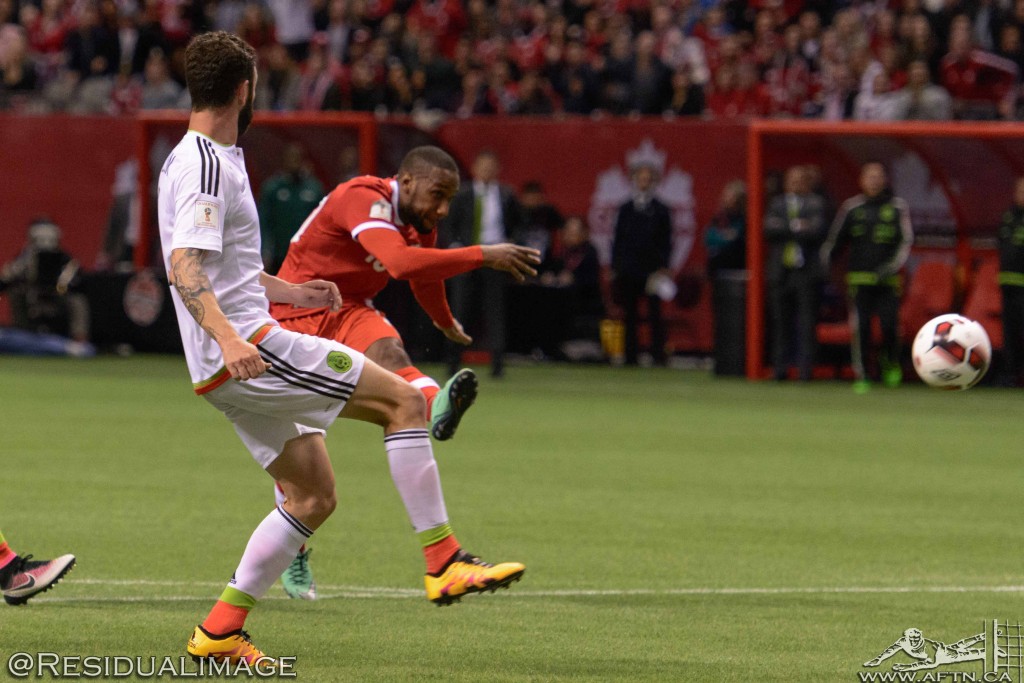 But Canada tried to fight back, only for Hoilett to fire high again after doing well to create the chance 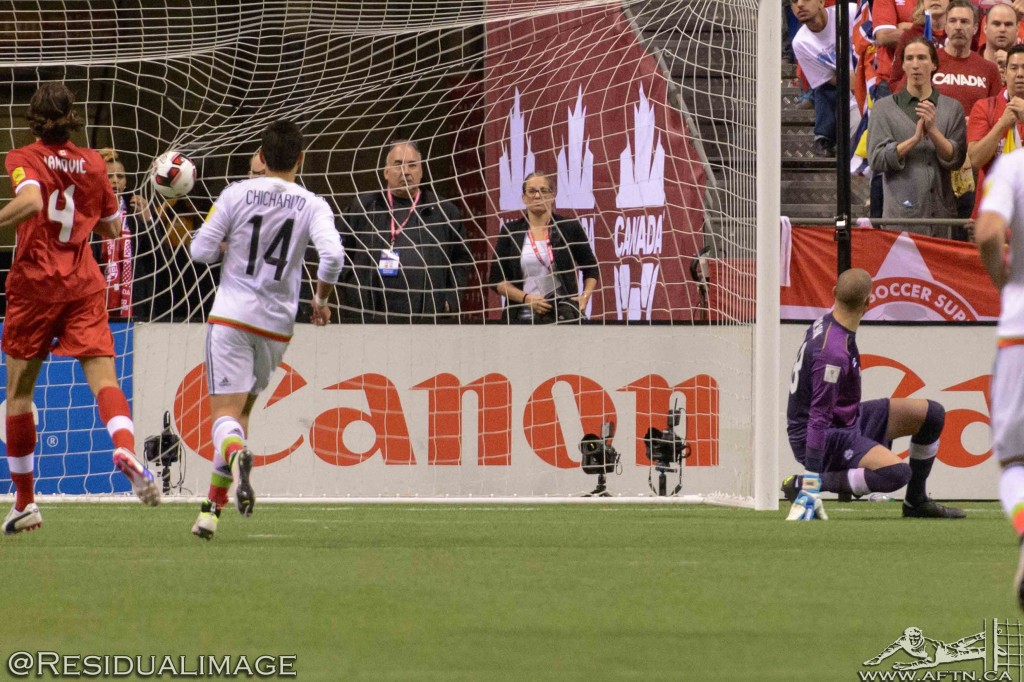 And once again Canada were punished for not taking their limited opportunities when Hirving Lozano left Adam Straith for dead, bore down on goal and fire a fierce shot past a helpless Borjan for 2-0 Mexico 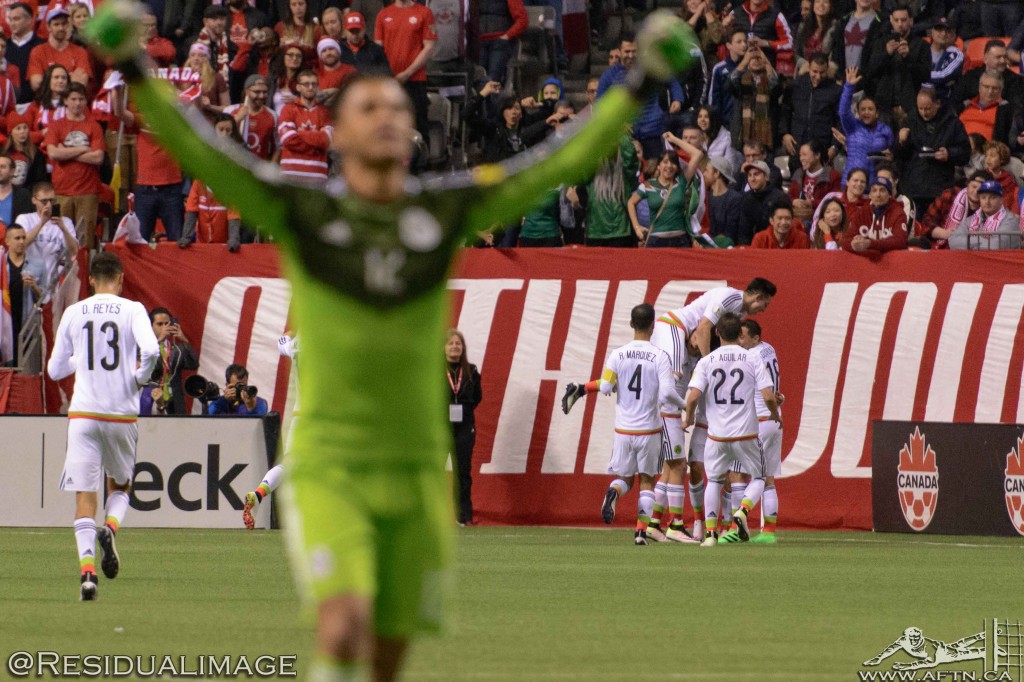 It was all over now bar the shouting. Or was it? Yes. Yes it was. 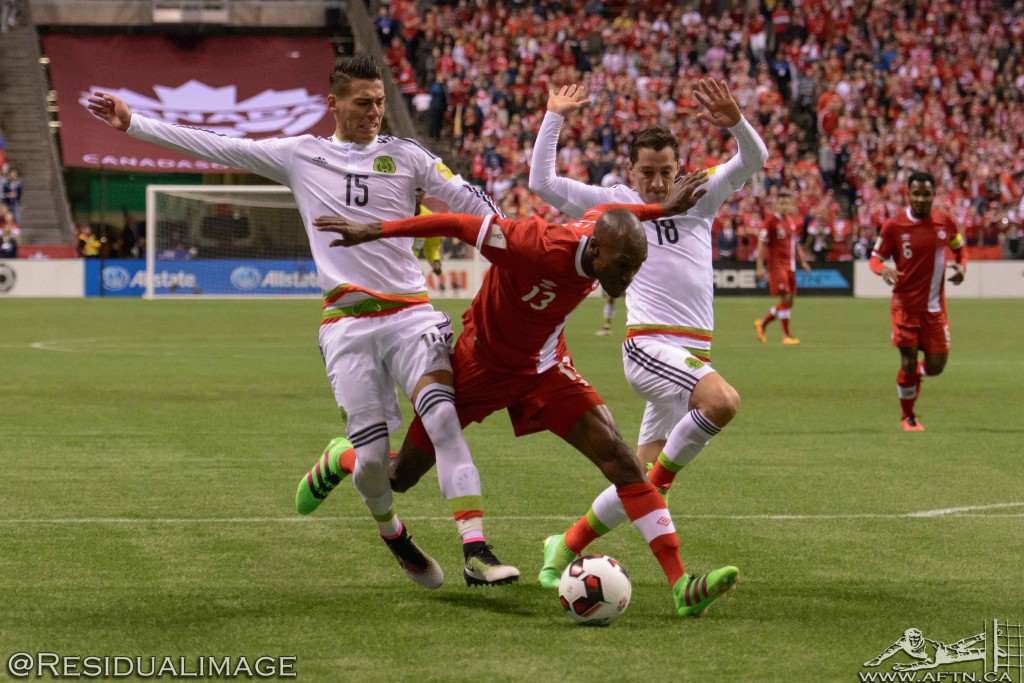 Atiba Hutchinson went crashing in the box just before half time, but staying on his feet and getting a shot off was the much preferred option. Either way, no penalty 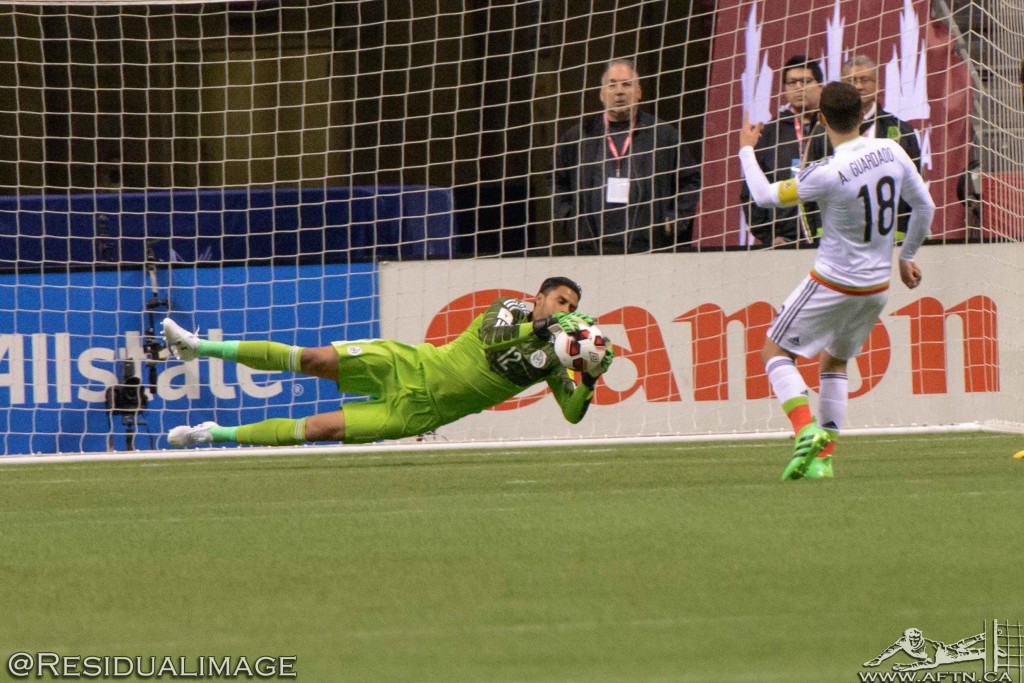 Great Scott! Half time sub Scott Arfield makes his Canadian debut and forces the first save of the match from Mexico keeper Alfredo Talavera in the 53rd minute. He’s not Scottish any more. 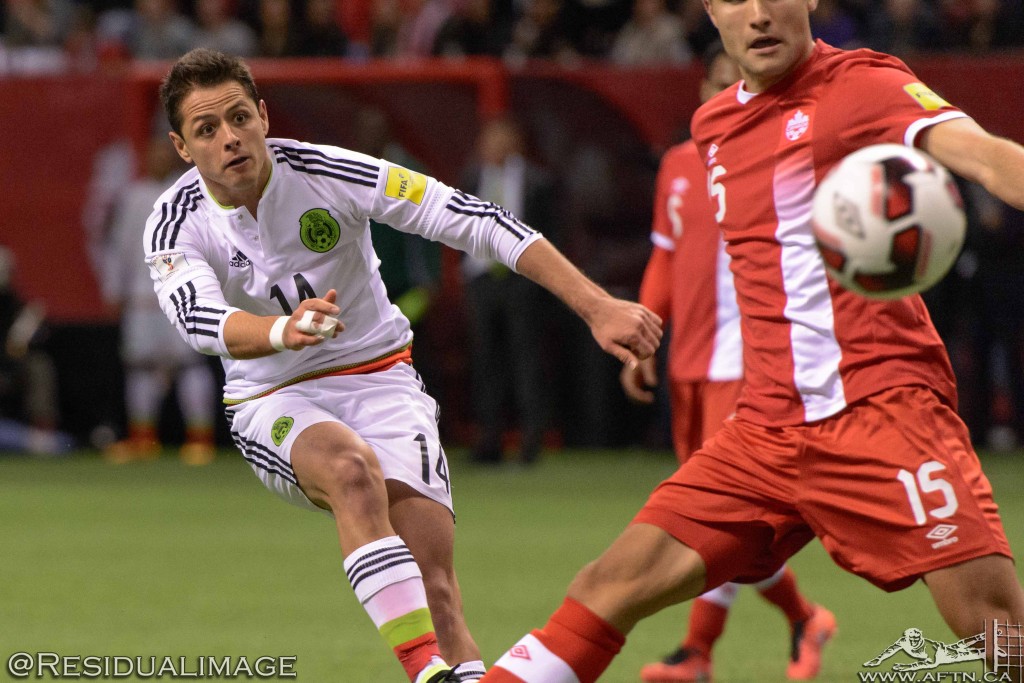 Chicharito thought he’d grabbed his second and Mexico’s thirs just before the hour mark, but his strike was ruled out for offside 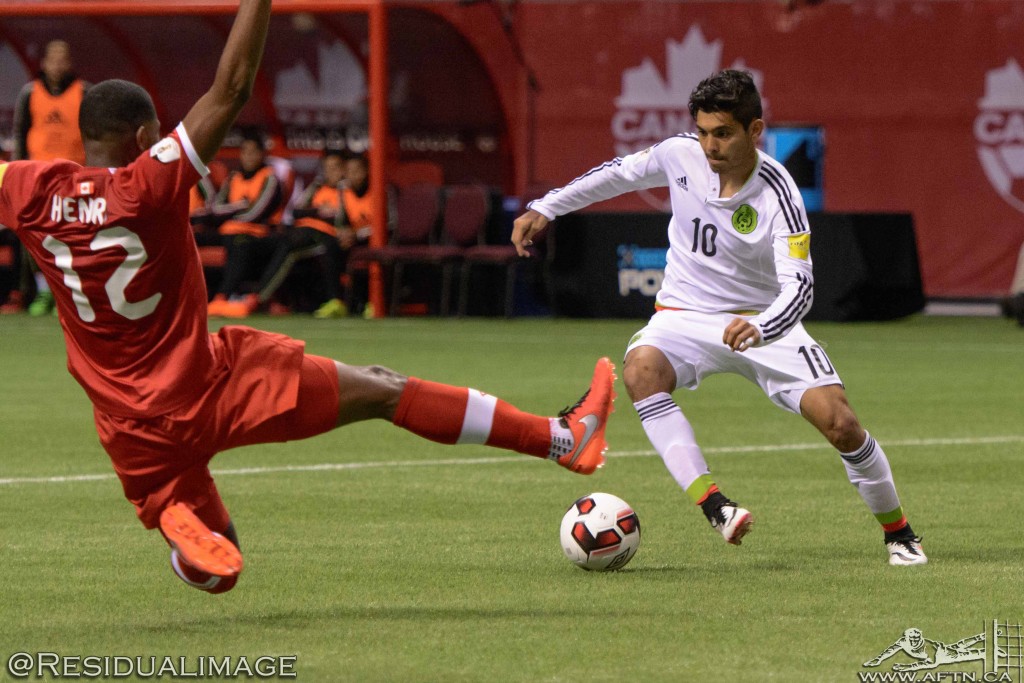 Mexico would soon make it 3-0 though in the 72nd minute when a poor headed clearance by a poor Doneil Henry comes back in to Jesus Manuel Corona, who buries it past Borjan, who got a hand on it. Good Friday for Jesus. 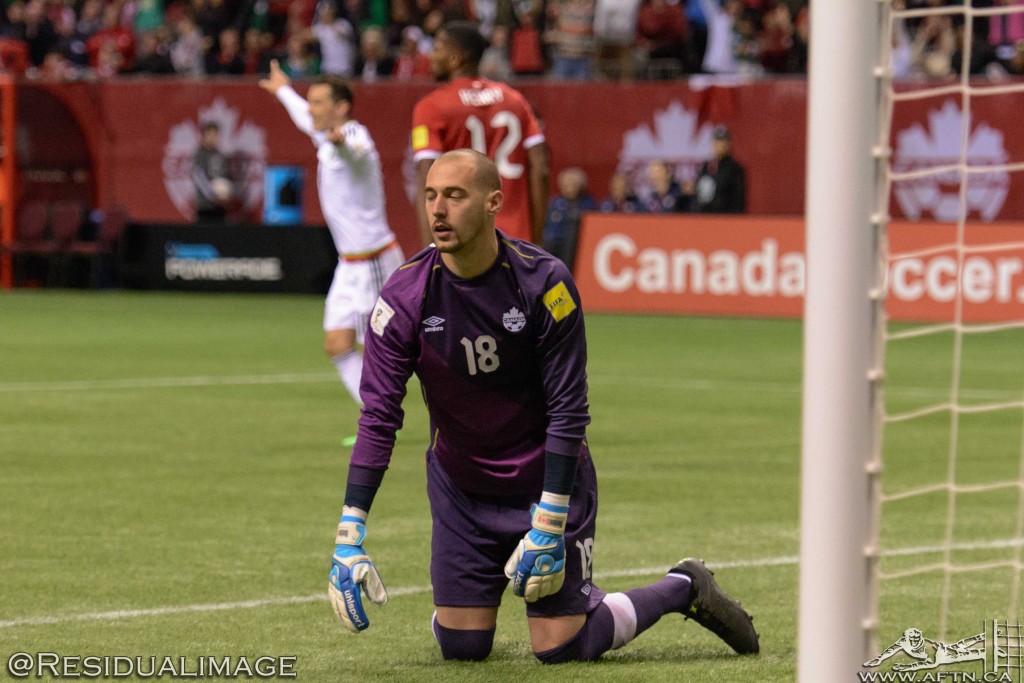 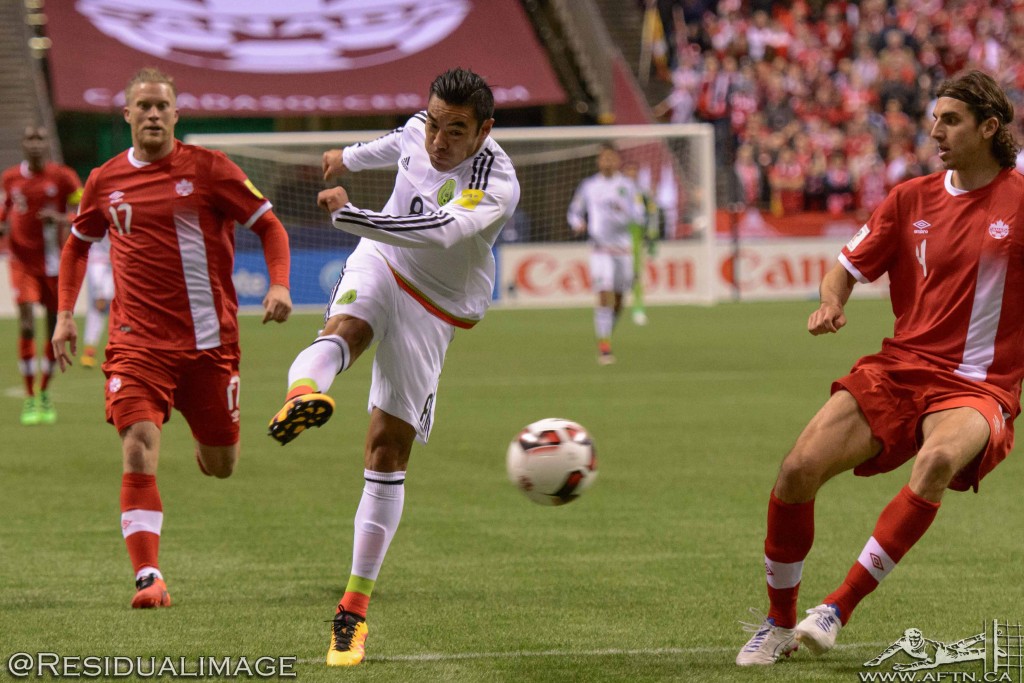 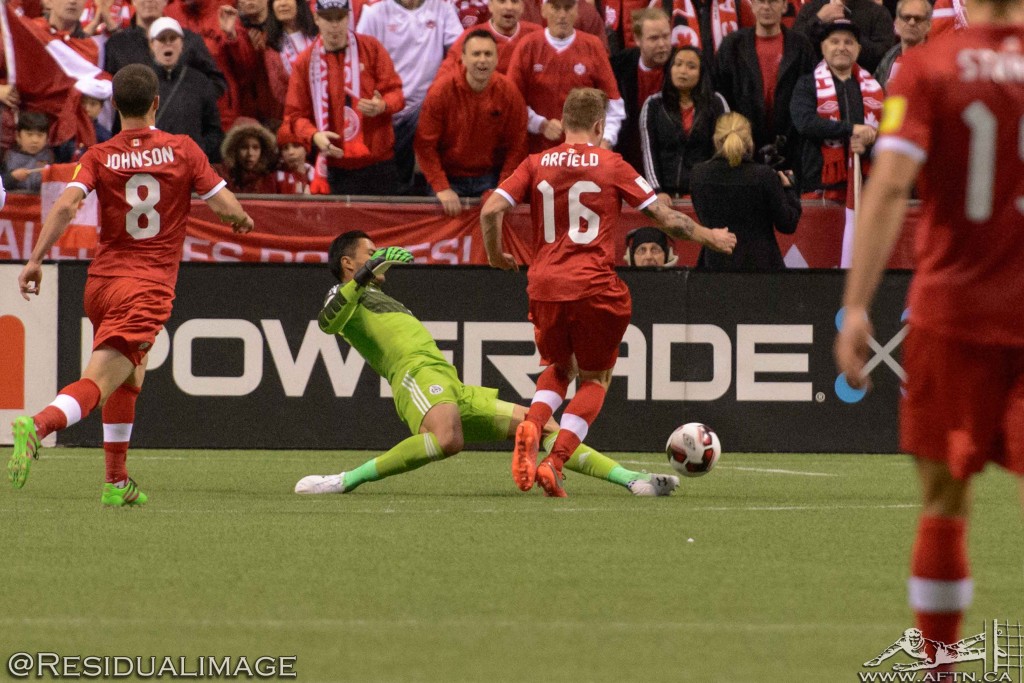 Scott Arfield is played through in stoppage time, but Talavera’s leg denies him, and injures him in the process 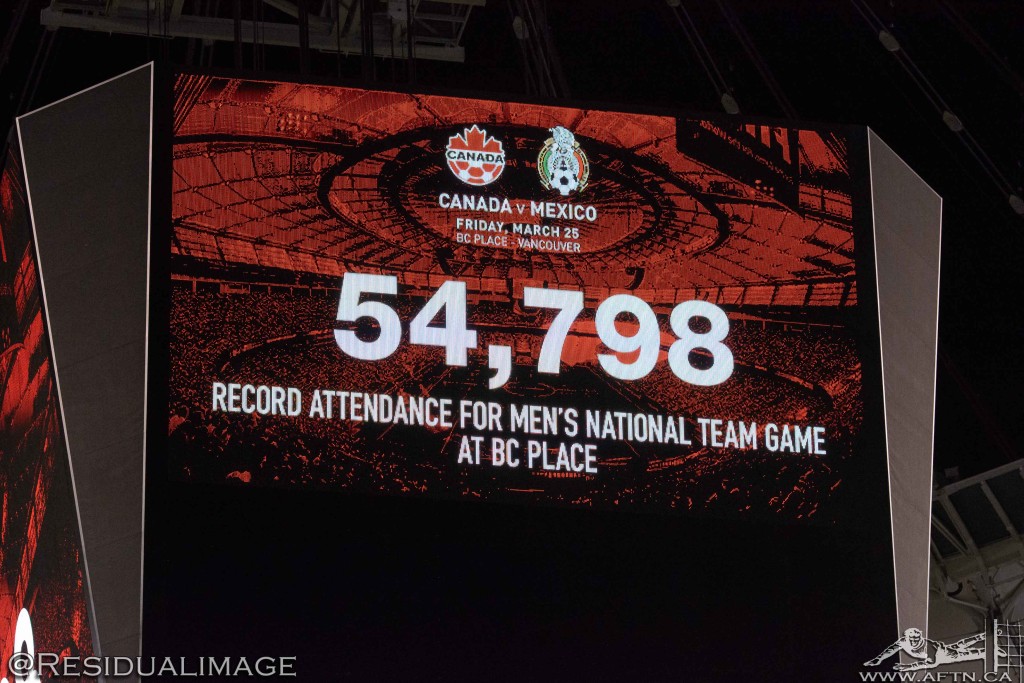 A stunning record-breaking crowd at BC Place 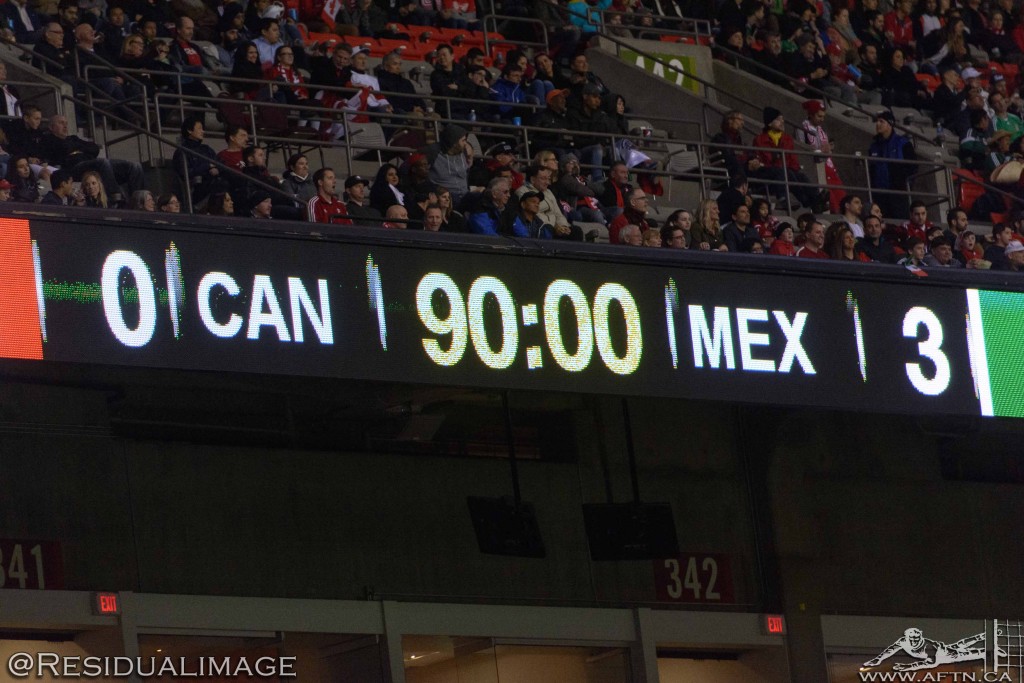 And that was all she wrote. A great occasion, a lot to still learn, but most importantly Canada’s qualification hopes remain in their own hands after El Salvador’s 2-2 draw with Honduras

You can see all of Tom’s photos from the game HERE or in our Flick slideshow below: