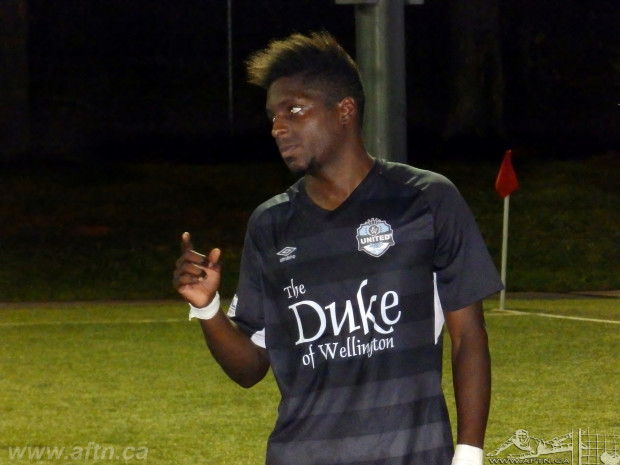 It’s been a busy time for Cain since he graduated from the Residency as one of the ‘Class of 2012’ that agonisingly just missed out on winning the USSDA U18 Championship.

The midfielder/striker first joined the Whitecaps Residency program in September 2010, heading west from Guelph, Ontario after playing for Portugal FC in the Canadian Soccer League and after a youth career with the Hamilton based Quinndale Community Soccer Club. 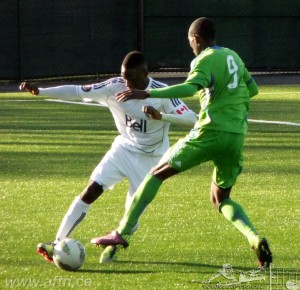 Cain’s first season was spent playing friendlies and Cup competitions with the ‘Caps U18s, but after the club joined the USSDA for their first season in 2011, he went on to make 32 appearances in that run to the Championship game, scoring three goals.

With much of that team graduating, Cain was one of the players that decided to go down the NCAA college route in Ohio. Although Cain doesn’t have much contact with the Whitecaps any more these days, he does keep in touch with his old teammates.

“I haven’t really been in touch with any of the coaches,” Cain told AFTN. “Mainly just the players. Basically my [old] team. I’ve talked to everyone and Adam [Polakiewicz] plays here too [with K-W United]. We all keep in touch.”

Now 21-years-old, Cain is about to enter his senior season with the Wright State Raiders this fall.

A Canadian youth international, Cain first headed to the University of Northwestern Ohio, where he led the team in scoring in his Freshman year with ten goals. He then made the cross state transfer to the Wright State University in Dayton where he added a further two goals in 19 games of his second year and two in 21 games this season just past.

Although the college route isn’t for everyone who graduates from the ‘Caps Residency, opportunities were few and far between just three years ago, but Cain has loved his time in the college game.

“It’s a lot different in America than it is in Canada,” Cain told us. “It’s a great experience. I wouldn’t trade it for anything. I’ve learned a lot living there and I’ve grown up a lot too. It’s a different game and it makes me adjust. It’s good.”

As we said, Cain will be going for PDL Championship glory this Sunday when his K-W United side face New York Red Bulls U23s at Starfire Stadium in Tukwila, Washington.

After a strong season, the striker can’t wait for a chance to lift the trophy.

“It’s great,” Cain told us. “It’s a great feeling. I haven’t been in a big final since I played with the Whitecaps and that was years ago. So it’s going to be great.”

K-W United got to the Championship game after a dramatic last-second win over Seattle Sounders U23s on Friday night.

Cain came on as a second half sub in that game, but with most of those watching expecting the match to head into extra time, the striker watched German midfielder Julian Buescher win it late with his free kick.

“Julian’s great on the ball on set plays,” Cain said. “I was hoping it was going to go in, but I didn’t know. Before the free kick, I thought it was going to go to extra-time but we pulled it together, riled up the gang and got it in.” 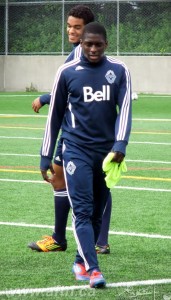 This is Cain’s second season with K-W United, but it’s not his first experience of PDL play and he played for Whitecaps U23s in the league in both the 2011 and 2012 seasons.

And the reason he’s currently at K-W in the first place is due to another Vancouver connection, his former Residency coach Stuart Neely.

“My first year I came here because Stuart was coaching,” Cain told us. “I got in contact with him and he told me to come. It’s a great team. We had a great season last year but fell a bit short. This year, once again we’re strong again and this time we feel like we’re going to do it.”

After that Cain will be heading back to Wright State for his final year, where he is studying Media Relations.

“My focus is to become a professional,” Cain told us. “I’m really determined. I really think I can make either a USL team or a MLS team. My goal after college is to go on some trials with some clubs and see what I can do.”

With the Whitecaps not keeping homegrown rights on Cain, he will be free to be picked up by any club side now, but he’s also looking at overseas as an option. So does he have access to an European passport that opens doors for so many players here?

“Unfortunately I don’t,” Cain said. “I just have a Canadian passport, but because I’m half Jamaican, I’m working on getting a Jamaican passport to try and get over. It’ll be easier with that in England.”

We wish Wesley (and Adam) all the very best in today’s big PDL Championship game with New York Red Bulls and don’t forget you can follow his college progress, and that of all the other ‘Caps Residency alumni, in our regular “Caps In College’ feature come the fall.