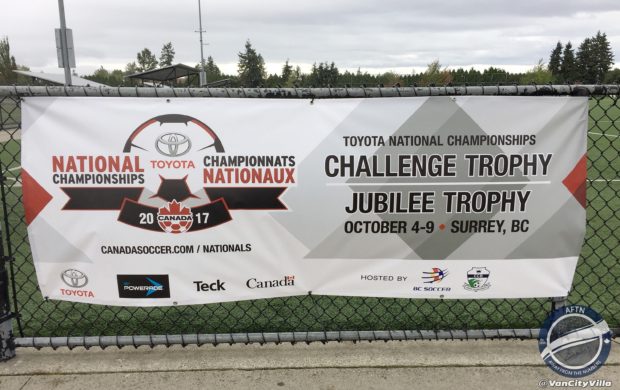 Club Inter finished fifth at the 2017 nationals in Surrey on Monday after a week that saw the Vancouver side lose only one game, but a crucial one, to eventual Challenge Trophy winners Western Halifax FC from Nova Scotia.

The week had started well for BC’s representatives, with a 2-1 win for Inter over Calgary Callies on Wednesday in their opening match, in a game they should have won by more.

That win saw the VMLS team atop of the Group A standings and in confident mood.

Inter were back in action on Friday against another undefeated team, fighting back from going behind to a 6th minute Saskatoon HUSA Alumni goal to level through Alexander Marrello with nine minutes remaining and come away with a share of the points. 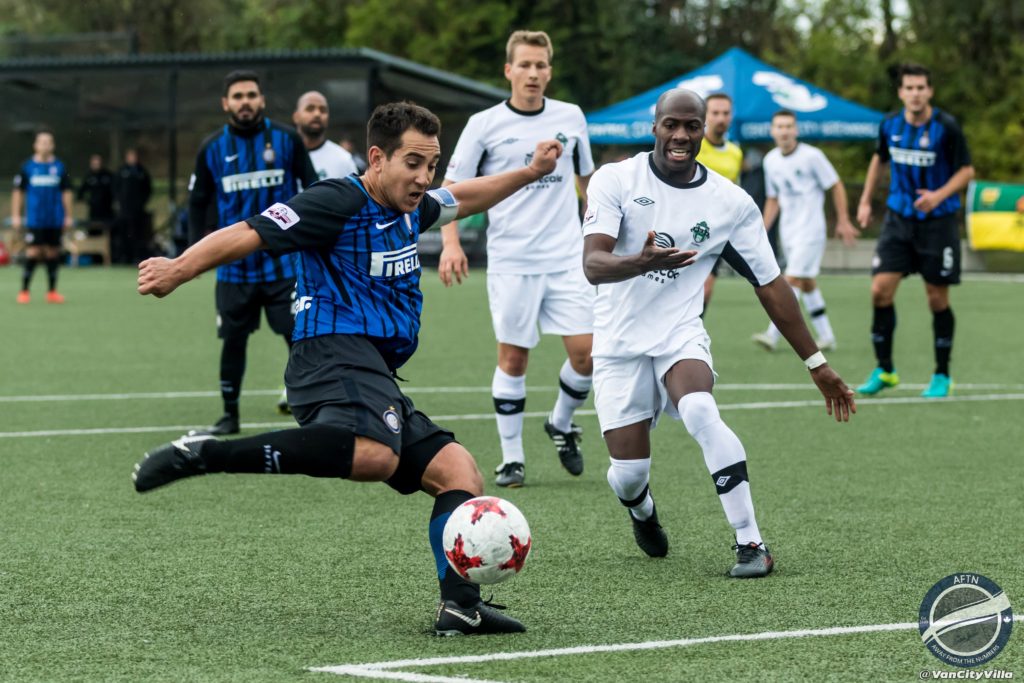 You can find all of our photos from match, from AFTN’s man on the ground Duncan Nicol, HERE.

That draw meant that Inter’s fate was still mostly in their own hands, but they couldn’t afford to drop any more points. Saturday’s game against group leaders Western Halifax became massive.

The Nova Scotians had won their first two matches and a win here would see Inter eliminated from Monday’s final.

It was an end to end, closely contested affair and even when Western Halifax took the lead just past the hour mark, you felt Inter could get themselves back into it. And they did seven minutes later through Milab Mehrabi, but as both teams pushed for the winner, it was to be the Halifax side that got it four minutes from time.

That ended Inter’s Challenge Trophy dreams and they rounded off their group campaign on Sunday with a 4-1 thrashing of Newfoundland’s Holy Cross SC. Three goals in the final ten minutes saw the BC Provincial Cup champs home, with Mehrabi grabbing a hat-trick in the match, and Bryan Fong adding the other.

Inter finished their group games with a record of two wins, a draw, and a defeat, giving them seven points, which was only good enough for third place in the standings. That meant a 5th place playoff game on Monday against the third placed team in Group B, Celtix Haut-Richelieu from Quebec. The match finished 1-1, with Inter winning the penalty shoot-out 5-3.

Inter will be disappointed not to finish higher in their first Challenge Trophy campaign, but they put up a good showing and ran the eventual champs close.

Western Halifax won Monday’s final 1-0 over FC Winnipeg Lions thanks to a Calum MacRae goal. It was Western Halifax’s first ever Challenge Trophy win, and only the second by a Nova Scotia team in the tournament’s 105 year history. The only other time a team from the province won it was in 2001 in Etobicoke in Ontario, when the wonderfully named King of Donair from Halifax beat BC’s Victoria Gorge in the final. 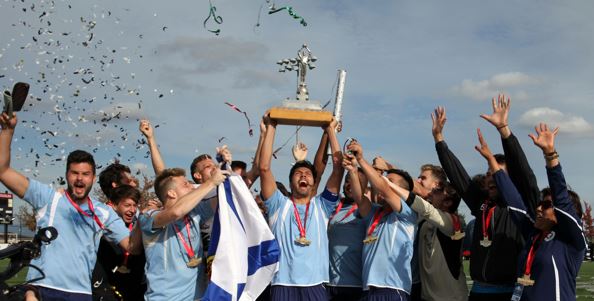