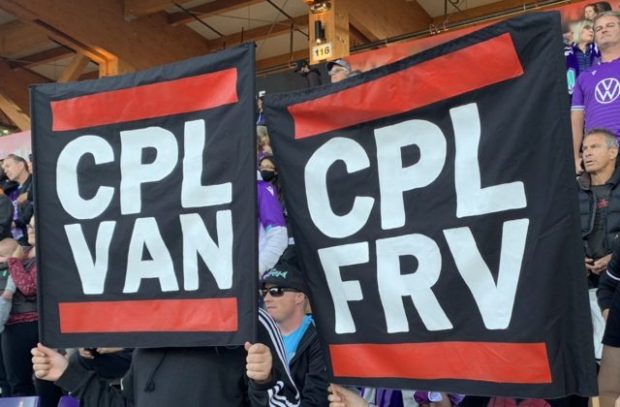 November saw an announcement that many football fans in the British Columbia lower mainland had been long waiting for – the Canadian Premier League was expanding into the Vancouver area, with a new club set to join the league for the 2023 season.

SixFive Sports and Entertainment, the investors’ group that also own current CPL champs Pacific FC, were awarded the rights to the team. While the initial announcement heralded “expansion to Vancouver”, the group were certainly keeping their options open as to exactly where the club would be playing come next year, with a number of cities in the lower mainland in the running for the 9th CPL side to call home.

“This has been three years in the making,” Rob Friend, CEO of Pacific FC and Managing Partner of SixFive Sports and Entertainment told the AFTN Soccer Show this past weekend. “Guys like yourself understand that we’ve been working on this project for a while. Trying to find the right location, the right venue was priority number one. We know that the lower mainland market can have a CPL team. Can compete in the football market place. Obviously assuming we’re in the right location.

“This has been many years in the works and our group had always been looking at it, there were other investor groups looking at the lower mainland, so SixFive, our group, sort of had a let’s call it a first right option on the lower mainland if we wanted to take it. We knew the interest coming in to Vancouver and the timing was sort of right.

“When we looked at it, we were very bullish about the league and where it’s going. With myself from Vancouver, I’m very passionate about what we can give in the lower mainland market for various reasons. We decided to take that option and purchase our second team.”

Friend confirmed that the plan is still to launch the team for the 2023 CPL season and fans can expect an announcement of where the team will be playing very soon, with more details about the team then coming out thick and fast over the next few months.

“Our goal is 2023,” Friend said. “We’d like to announce the stadium venue in the next six weeks. We’re a couple of signatures away I’d say with the municipality to place the stadium in the market that we’ve been looking at, which we’re very excited about as we really believe the market, the region that we are placing this club is ready and can support a CPL club. And when I say support, our goal is four to eight thousand a game, and there’s no reason we can’t do that running a proper football club in the lower mainland.”

“So yeah, the goal is 2023 and one or two more signatures and we’ll be able to announce the stadium. And once the stadium is announced and the venue’s there, then we can really start to build out what this club looks like and really dive into the community. Start building those roots in the community and working with all the different community groups and fan groups and supporters. So we’re ready and once that signature’s there, we’re going and we’re not stopping.” 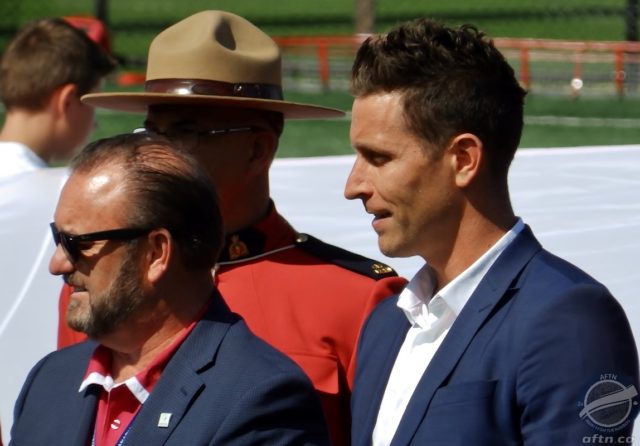 The group had previously looked at the Vancouver area in the embryonic days of the CPL, but stadium issues saw SixFive Sports and Entertainment look to Vancouver Island instead and Pacific FC were born. With the focus now firmly back on the lower mainland, the group have been faced with locating the club to the north or south of the Fraser River.

While the north would offer them the likes of Vancouver, Burnaby, Coquitlam, and New Westminster as potential venues, the expectation has long been that any new lower mainland club would be situated south of the Fraser, with the cities of Langley and Surrey the front runners.

The reason for that is primarily land. The club want to build a soccer specific stadium of their own that they can call home, situated in a large populous catchment area, with good transportation options. For me, and for all of those reasons, Langley would make the most long term sense, with the current Langley Events Centre one of the long mooted possible venues for a future soccer facility, especially with SkyTrain expansion coming to the city.

The city, and the whole of the Fraser Valley, has a strong soccer community at both adult and youth levels, and previous Whitecaps 2 and reserve team matches have drawn fairly well there, with little marketing. Factor in a true desire to embrace the community and the current groups out there and what this club could become there is a very exciting proposition.

Of course, they will certainly have competition for support. BC is currently booming in terms of new soccer teams, with the Whitecaps reserve team back in the fray this year and seven teams launching League1 BC this summer. There’s a lot of places, teams, and activities vying for people’s attention, time, and money. A fact certainly not lost on Friend.

“There’s no doubt there’s going to be challenges,” Friend admits. “There’s football challenges then the lower mainland has it’s challenges, whether it’s ski mountains on the weekend, the lakes, the oceans. That’s your competition as well. You’ve got other sports. Vancouver Island’s pretty simple. There was no professional club here. We were the only one in town, we planted our flag, and we built from there. Certainly I can say it’s going to be more challenging.

“How do we differentiate ourselves is certainly a daily question in Vancouver. Why is a fan going to support this club versus the other clubs? I can certainly say, for the general sports fan it might be a little bit confusing. You’ve got the Whitecaps, you’ve got League1, you’ve got the MLS Next, which let’s call it what it is, it’s the reserve team of the Whitecaps, their second team that’s more of a youth model. Then how do we place in the market?

“It’s pretty clear that we’re going to be in the Valley market. The Surrey, Langley, Abbotsford region. Do they have a pro team? No. They do have the hockey team. I think it’s focusing on that market, focusing on those communities there is going to be important. Do we spend any marketing money or energy north of the river? Probably not.”

Embracing the local community is vital for this team to grow and succeed. Really being a part of it and having a strong local presence. Giving the locals something that they can feel is their own and can be proud of. There’s a lot of things that will go in to making that happen, from engagement, to the gameday experience, to doing things that little bit differently from what is already out there.

“There’s certainly things in place that we have to do and then it’s how do we differentiate ourselves?,” Friend added. “And a little bit of disruption too. I want to disrupt the market and the football market. That’s about venues as well and that’s why the venue’s key. Having our own venue that the fans and the club can identify with. We talk about these small intimate stadiums, to me, that is one of the big differentiators.

“When people come to Pacific, Starlight Stadium, look at the Whitecaps game. We had over 500 Whitecaps supporters come and the amount of feedback we got saying if we had that in Vancouver, that small intimate stadium I’d come every weekend. That’s what pure football is.

“That’s certainly how we’re looking at it, but we’re not naive to the fact that it’s going to be a big challenge and a big task and the reality is we kick off in almost 14 months and we haven’t even announced our stadium, so we have a lot of work to do, but there’s a lot of pieces in place that are ready to go, just we haven’t been able to yet until we plant that flag in the location, put the renderings out for what the stadium’s going to look like, and I think people are going to be very excited.”

[You can hear our full interview with Rob Friend on this week’s AFTN Soccer Show HERE, where Rob talks more about the CPL in the lower mainland, dual ownership with Pacific FC and what that means in the future, Pacific FC’s championship win and an offseason of change, and looks back at the growth of the CPL over their first three years]