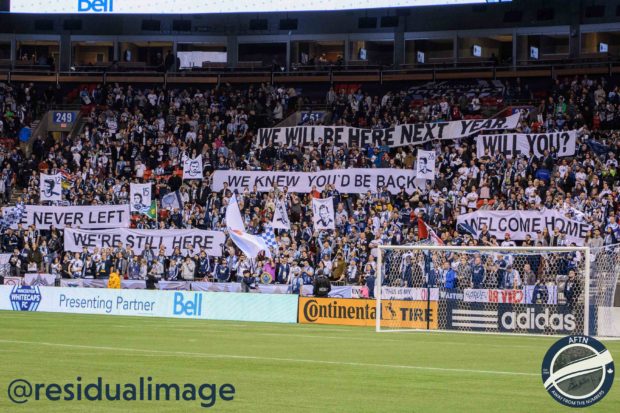 It felt a bit like that Christmas when you’re twelve years old. The one where you are hoping and wishing for the coolest damn thing and your parents – completely befuddled by trends and the necessities of schoolyard nuance – try but fall short by just enough that whatever they got you is the right thing, but a peg or two short of the real thing.

You smile and say “thank you” but it’s hard to hide the crestfallen expression from people that did their best to meet your wishes.

For weeks I’ve been anticipating this opening match of the new MLS season. A chance to reset with a few new players in the side, and some new energy in the stands. A weak opponent coming on the heels of a solid counterattacking win and progress in the Champions League.

The supporters section is in reset mode a bit too, at least it is on the east end of the Southside. While Curva Collective delivered a stunning bit of choreo last Thursday night, mocking the Dead Bulls, this season is a transition season for the Southsiders bringing in a lot of new volunteers, new energy, and commitment. I think it’s going to take a while to work the kinks out, and land a solid core of creative energy and match day production. We mostly got a tifo piece off this weekend, an answer to the question about who was still going to be here for 2017, and there are some fabulous new two sticks honouring the players. More is coming, that’s for sure.

Up in the Loft, the Pigeon Casuals are sporting new scarves and some new two sticks of our own. It was good to see some new folks joining us up high and always good to see old friends. It’s one of the pleasures of a season ticket year after year, that you get to know the people around you, watch the kids grow, see relationships start and end. You keenly feel the absence of regulars, whether they’re away on work (Tyson and Robbie) or off injured (get well soon, Joel!). And you miss the folks that have moved on, like Sammy and Amar, known to us as Pie Girl and the Jersey Boy.

So we were ready and primed and raring to go, starting the season with a third meaningful game in 10 days. And like that 12th birthday, it was a result, but not the right result. Not really the starting XI we all wanted playing against an opponent no one cares much about, and securing a draw with very few notable highlights. Usually our opening day matches are much higher stakes, and higher energy. This one almost left me tasting the malaise with which we finished last season. Sure, we’re undefeated, but we feel a bit deflated.

We even found out that Marie Hui, our beloved anthem singer, is inexplicably only on a six game contract for 2017. I guess commitment will be our theme for the year. 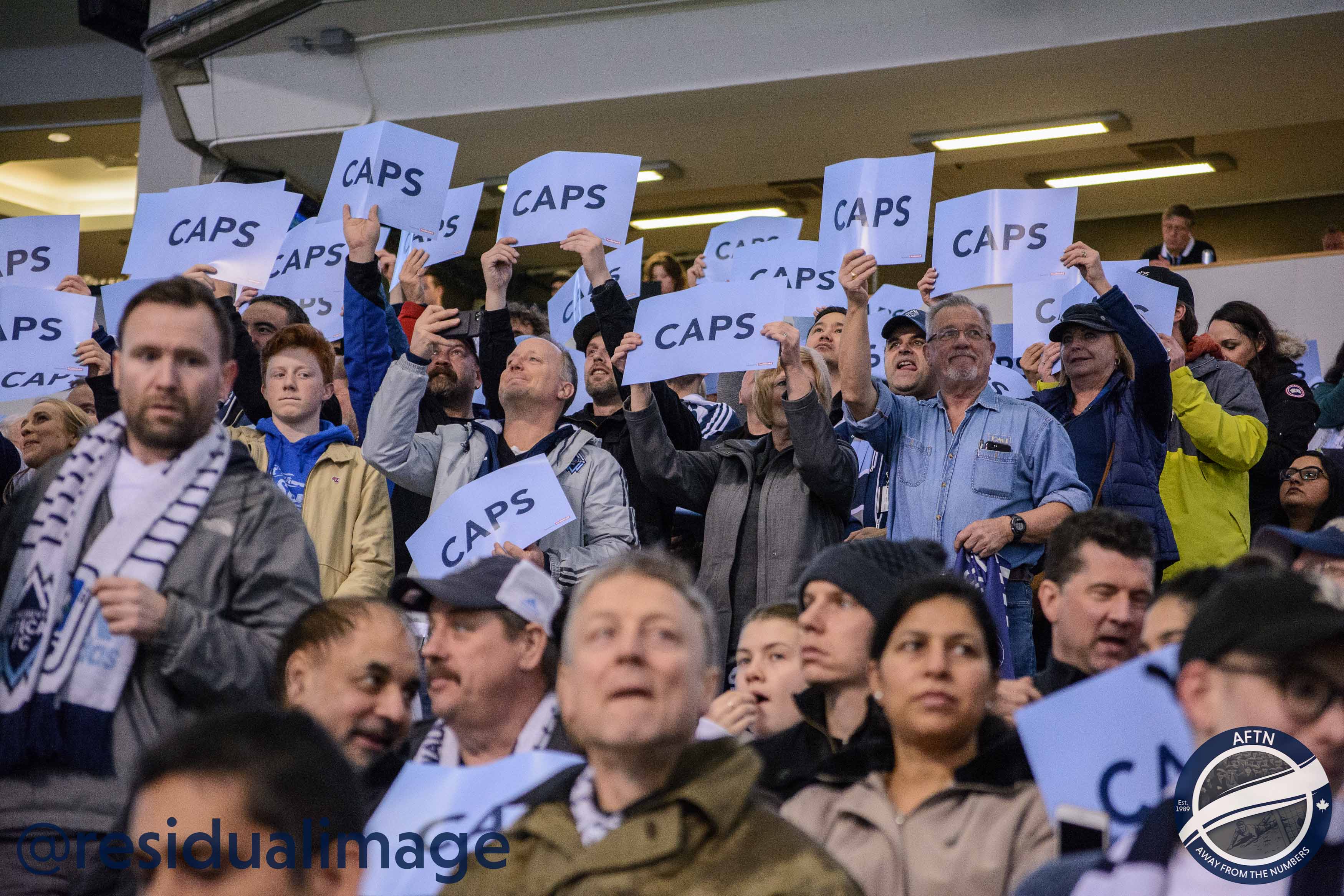 BC Place is not an easy place to make an atmosphere. It would probably be hard even if the stadium wasn’t in Vancouver, which is a tough enough city in which to conduct public displays of enthusiasm and wild abandon to a cause. It can also be hard when the club continues to fumble supporter relations. The WHITE CAPS cue cards that were so well intentioned are a case in point.

Those cards make it hard to coordinate because people respond to the visual and they don’t listen for the audible cues. There is a time delay between the two. The stadium wide WHIIIITE – CAAAAAPS chant, which is usually tight and powerful, was as disjointed as the central midfield. Besides, those things get used as paper airplanes which seems cool until someone gets stabbed in the back of the head, or in the eye. They aren’t soft, and the club has heard complaints about them before.

So yes, it was good to be back on Sunday but we’re just not all there yet. It feels perhaps like there’s a lot of retooling and reinvention going on and the work is very much in progress. We’re trying, but our next home match is against a fierce rival that will be a stern test and needs a solid thrashing from the stands and on the pitch if we are to launch this season properly and get the party underway. After that we have LA and then it’s off to Monterrey to face Tigres. The ramp is steep, and it will take total commitment to ascend.