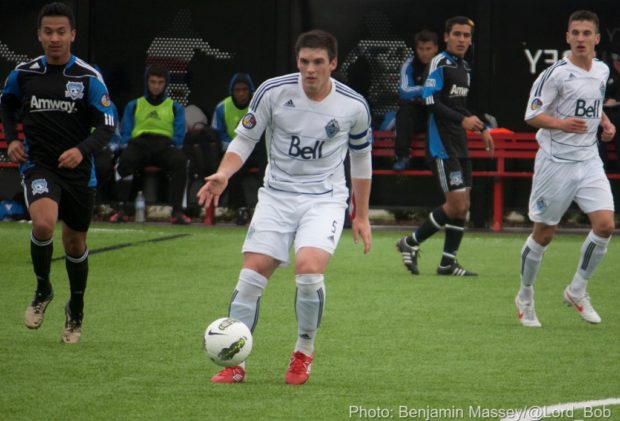 If WFC2 had existed several seasons before it did, then Tim Hickson’s footballing journey may have taken a slightly different path from what it did for the Whitecaps Residency alumni.

Hickson was part of the Whitecaps U18 side that lost a heartbreaker in the 2012 USSDA Championship game against Dallas, playing in 30 of the ‘Caps matches that season, starting 23 of the games, and captaining a very talented team that produced three MLS players and launched a number of pro careers elsewhere.

Hickson had played PDL the previous two summers with the Whitecaps U23 side, making 10 appearances in 2010 and 11 over the 2011 season. But therein lay the problem for the defensive midfielder. By playing in those matches, alongside paid professionals from the Whitecaps MLS squad, Hickson burned his NCAA eligibility, and with no pro deal with the ‘Caps forthcoming and limited options for where he could play, there weren’t a lot of paths open to him. 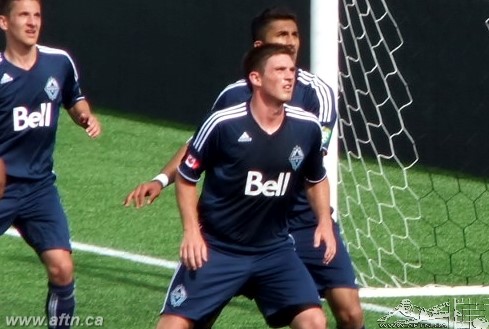 After weighing up his options, Hickson chose the college route, staying in Canada to play CIS soccer with the University of Alberta Golden Bears in his hometown of Edmonton.

Hickson’s youth career earned him a month’s trial with English Premier league side Middlesbrough’s academy in March 2009 and he joined the Whitecaps Residency program later that year, travelling and touring with the team to play matches in Mexico, Germany, and the US over the next two years ahead of their first, and highly successful, USSDA season in 2011/12.

After a year on the outside, Hickson made the decision to get an education, heading to the University of Alberta to study history in the fall of 2013. Fast forward 12 months and he was named captain in his sophomore year, a position he still currently holds as he gets set to head into his final senior year this fall.

After missing the start of the 2016 season, Hickson made nine appearances for the Golden Bears in Canada West play last year, adding one assist, as Alberta wrapped up the Conference Championship and booked a place at the nationals in Guelph.

Hickson played every minute at the nationals as the Golden Bears won their first CIS/U Sports men’s soccer national championship (the Sam Davidson Memorial Trophy) since 2006, and the fifth in their history, beating UQAM 1-0 in the final.

Hickson (front and centre with the trophy above) has represented Canada at U18 level and was part of the 2015 Summer Universiade squad in Korea. He was also part of the Calgary Foothills PDL squad for their inaugural 2015 season.

Now 23, Hickson heads back to Vancouver and the lower mainland for the upcoming PDL season with TSS FC Rovers. With one year left in Alberta, he’ll be certainly hoping to make an impression again on the Whitecaps and any other keen suitors. His experience and leadership qualities will be important to the team’s initial success, and it would be no surprise to see him named the TSS captain for the season to come.

You can see Tim and the rest of the TSS Rovers squad at Swangard Stadium this summer. The Rovers home opener is on Friday May 12th against Lane United. Season tickets cost only $70 for seven PDL matches and a marquee friendly. If you haven’t got yours already, then click HERE to get your season or individual tickets. #SupportLocalSoccer