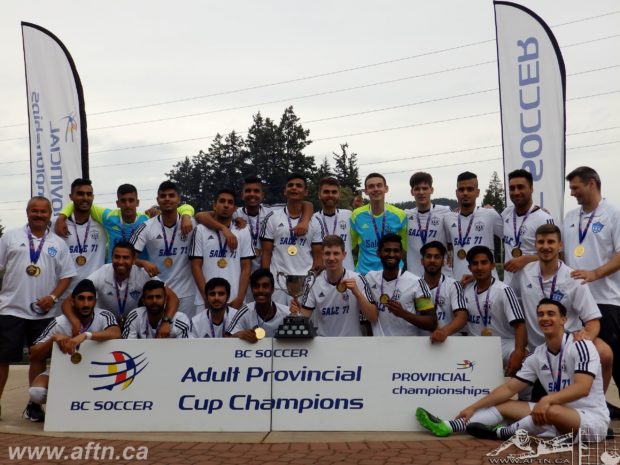 Guildford FC certainly seem to be a local club with a lot going for them right now.

Their adult side comfortably won last season’s BC Provincial B Cup, along with promotion from VMSL Division 2. This year they made a strong push for promotion to the VMSL Premier, losing only two Division 1 games all year, but ultimately finishing fourth.

At the younger level, their Under 21 side were crowned Provincial Champions in 2013 and 2014, and added a further Provincial title to their trophy cabinet with another triumph in this year’s final in Victoria on Saturday.

The U21 final was one of the most hotly contested finals of the afternoon. It was a battle of VMSL League v Cup champions and repeat of April’s VMSL U21 Cup final. Guildford lifted the trophy that day and history repeated itself on Saturday.

A goal in each half did the damage for Guildford in a 2-0 victory that saw them lift their third Doug Day Cup, but it was a game in which both sides finished with ten men, after a chippy encounter that saw the referee warn both benches on several occasions.

Guildford got off to a dream start opening the scoring in the second minute when Jagpreet Purewal pounced on a loose ball 40 yards out, saw EDC ‘keeper Savo Bogicevic off his line and unleashed a beautiful looping effort over his head and into the net.

It was a pretty even half, with both teams getting forward without really threatening to add to the scoreline. Guildford saw a 28th minute Denzil Sharma shot tipped onto the post by Bogicevic, but that was the closest either side came. 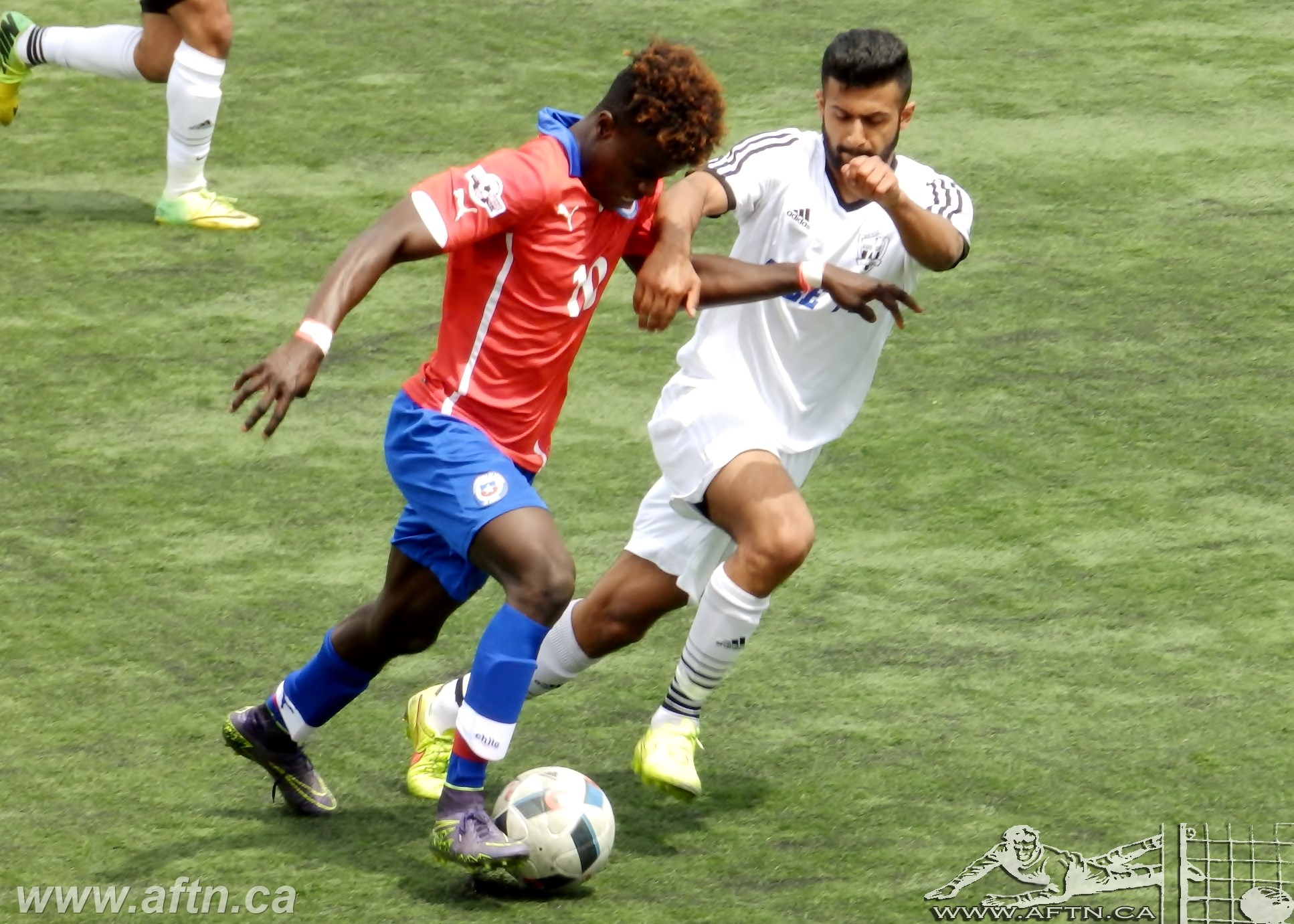 EDC were looking lively to start the second half and their hopes were raised when Guildford’s captain Joel Prasad was sent off in the 53rd minute after picking up a second yellow card.

The Burnaby side couldn’t make their man advantage pay, enjoying possession but creating little. EDC were then reduced to ten men themselves when Glen Zheng was sent off for tugging back Jadin Sandhu as he raced through on goal.

The tug looked to be inside the box but the referee gave a free kick right on the edge instead. Amritpal Jagdeo’s free kick went through the wall and was parried by Bogicevic. Guildford kept the pressure on from the rebound and Sharma was quickest to react, playing a cross into the box which Sandhu headed home from three yards out.

2-0 to Guildford and that was how it would stay.

Guildford were naturally jubilant in their postgame celebrations, even adding a little smoke to proceedings. You can see our video of their full time reaction, and medal and trophy presentations below:

You can see full coverage of the match HERE.