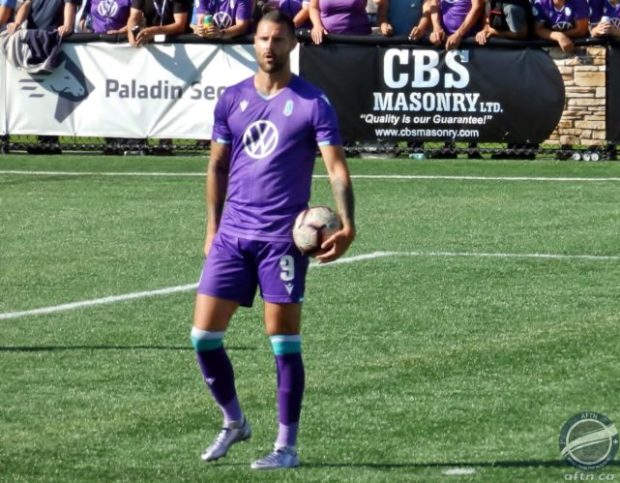 It’s been a tough inaugural Canadian Premier League season for Pacific FC, with a spate of injuries crippling their young squad.

The bad news started before a ball was even kicked in anger, when showcase signing Marcel de Jong went down to a season-ending ruptured Achilles tendon in March. Then the club’s first ever goalscorer, German defender Hendrik Starostzik, missed a hefty chunk of the year with an injury picked up in their inaugural game, and it’s been something of a domino effect ever since, with players falling like flies.

Amongst them have been Pacific’s two other veteran signings, forwards Issey Nakajima-Farran and Marcus Haber.

Haber returned to action this month after suffering a knee injury in June that kept him out for seven weeks. After already missing part of the CPL Spring Season due to a foot injury, it’s not been the successful return to Canada that the big striker would have been hoping for.

It’s certainly been a frustrating time for both club and player, but with three recent substitute appearances under his belt, the hope now is that Haber will be good to go for the rest of the Fall campaign, whatever that on-field role may prove to be.

“I think I’m pretty close to be honest with you,” Haber told reporters after scoring two goals in Saturday’s win over Valour FC. “I haven’t played 90 minutes for a while. We spoke about it with the staff and the coaches about monitoring my return and I think this was perfect. Whether I’m asked to play from the start or come off the bench right now, I’m just going to try and contribute any way I can.”

It will also have been something of a concerning time for the striker, following on from an injury-plagued 2017/18 season with Dundee FC in Scotland due to another knee injury. The key for him was staying mentally tough, focusing only on getting back on the pitch and not dwelling on what’s happened in the past.

“You’ve got to stay mentally strong, that’s the main thing,” Haber said of his time out injured. “I just tried to take one day at a time. When you’re out it’s difficult because you see your team performing and you want to help them, so I just try and stay focused. Credit to the physio team. Randy Celebrini’s done a really good job with me and got me back a lot quicker than I thought I would.” 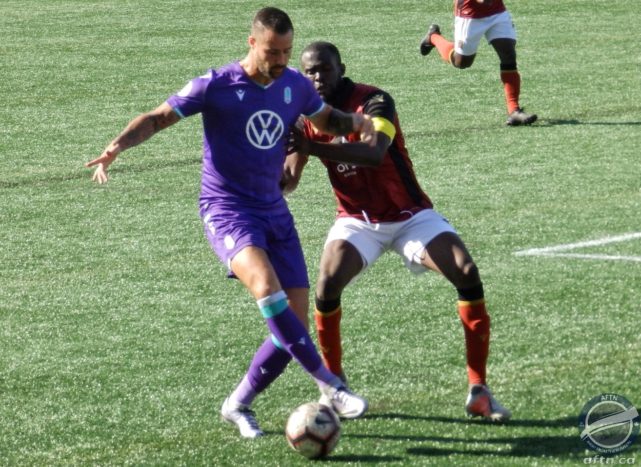 Haber’s veteran presence has certainly been missed on the pitch for a team that boasts nine players aged 21 and under. Others have stepped up in his absence, none more so than striker Terran Campbell, who now leads the whole of the CPL with eight goals.

But there’s no doubting that head coach Michael Silberbauer brought Haber in to his team for more than just a leadership role. He was looking for goals, and so far he’s managed four across all competitions. Those have come in just 11 appearances, however, a promising sign that once the 30-year-old can finally shake off his injuries, he may start to hit his stride in the league.

Haber played the Super Sub role in Saturday’s 2-1 come from behind win over Valour at Westhills Stadium, scoring two goals in the final 30 minutes of the match to claim three very much needed points for Pacific.

“I’m just trying to come in and make a difference,” Haber said. “The first couple of weeks I wasn’t back to full fitness or sharpness, but now I’ve got my fitness going and it felt good. I felt sharp when I came in and I’m just trying to help the team.”

When you talk about an impact sub, Haber certainly lived up to the bill, heading home a 61st minute equaliser with his first touch of the game, as his family watched on from the stands.

“That would be the first time I’ve scored with the first touch, that’s for sure” Haber said. “It’s good. I think as a team we defended really well, especially when we went down to ten men the last five or ten minutes or so. It shows our character and it shows we’ve been improving in defending a lead. It was a good job for us.”

Pacific will be looking for more of the same in their final 10 matches, and if they can also stay injury free that would just be the added bonus.

Haber’s been around the game now for 10 years, and he’s never seen a season like it for injuries to a team.

“I’ve been in teams that have had injuries, I just think in the past we’ve had bigger squad,” Haber said. “When you have a team of 18 players and two or three guys go down, that’s normal, but it’s difficult when you have a small squad. You’ve got to monitor it. You’ve got to monitor it, that’s the main thing. After matches you’ve got to the do the right thing – stretch, recover, ice bath – because, you know, one injury and it can change the whole season really.” 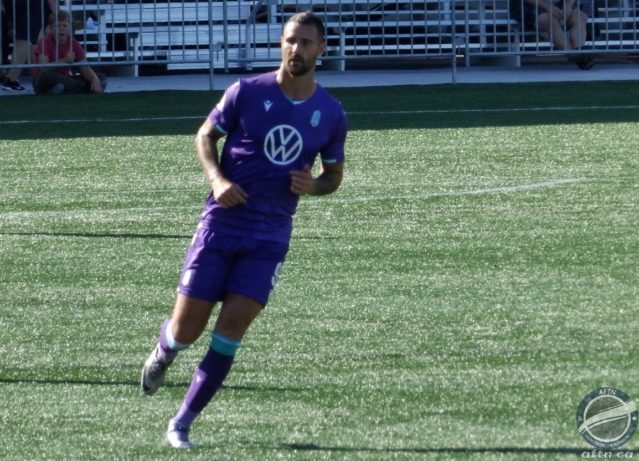