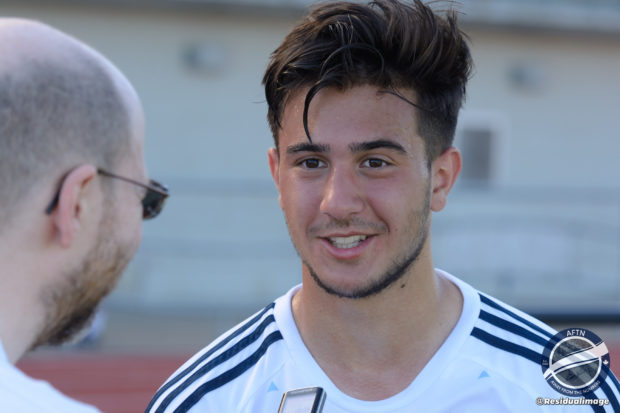 Nicolas Apostol has grown up as a Whitecap.

After first joining the club’s Prospects program as an 8-year-old in 2011, the Surrey native has continued to impress as he’s moved through the age levels these past six seasons.

He’s captained the U16 side, made a couple of USL appearances as an academy call-up, and this year moved on to the U18 team, transitioning to the position that he looks to call his own.

Apostol made 28 appearances for Vancouver Whitecaps U18s this past season, scoring two goals. Although Monday saw the year end disappointingly for the side in the group stages of the USSDA playoffs, on a personal level, it’s been another strong season for Apostol.

“Every year our team’s been getting better and better,” Apostol told AFTN. “I’ve been very consistent this year I think. Last year I was rotating a lot from right wing to right back, into the midfield, and this season I’ve secured my spot as a full on right back. I’m very versatile.” 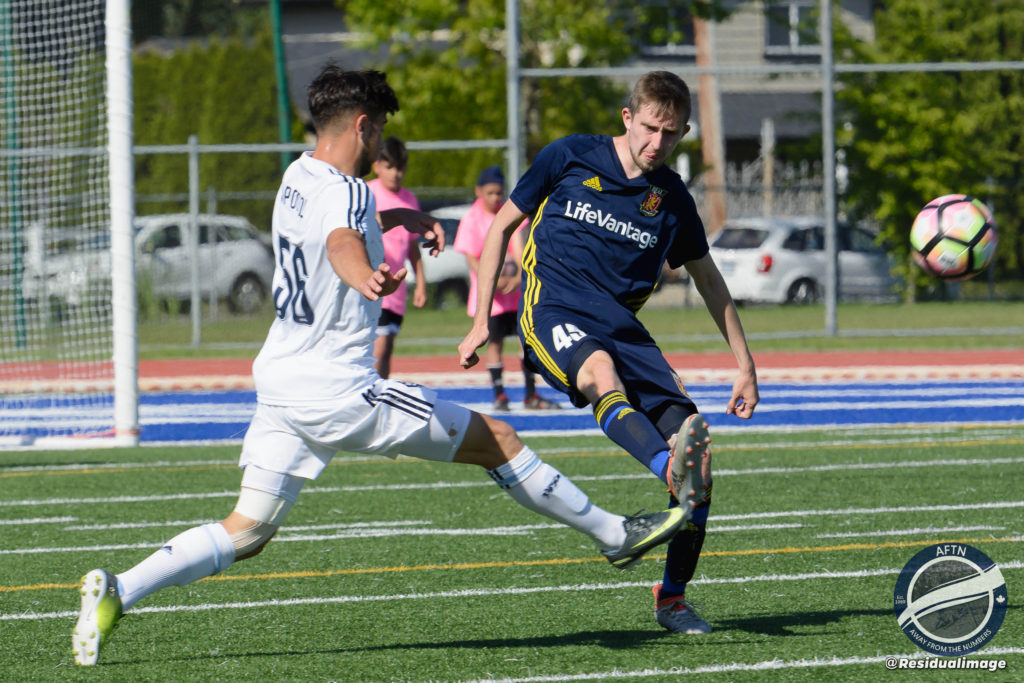 His performances and development haven’t gone unnoticed either amongst the Whitecaps coaching staff, with Apostol earning a couple of academy call-ups to WFC2.

The first of those came last July when Apostol came on for the last nine minutes of the 2-0 loss in San Antonio, and the 18-year-old made his home debut last month, coming on as a 73rd minute sub in the 2-1 loss to Real Monarchs.

“Last year I made my debut against San Antonio away,” Apostol told us. “I’ve travelled with them before. I’ve been training full time with the USL team now. I’ve been getting a lot more comfortable with them. It’s just great to be getting more opportunities.”

“Sitting on the bench looking out, you just want to make an impact right away,” Apostol told us. “It was very pleasing. I just like to get out there and show what I can do. Honestly with my first assist in the game, right after that I was buzzing and I thought I was going to get one but it doesn’t always go your way.” 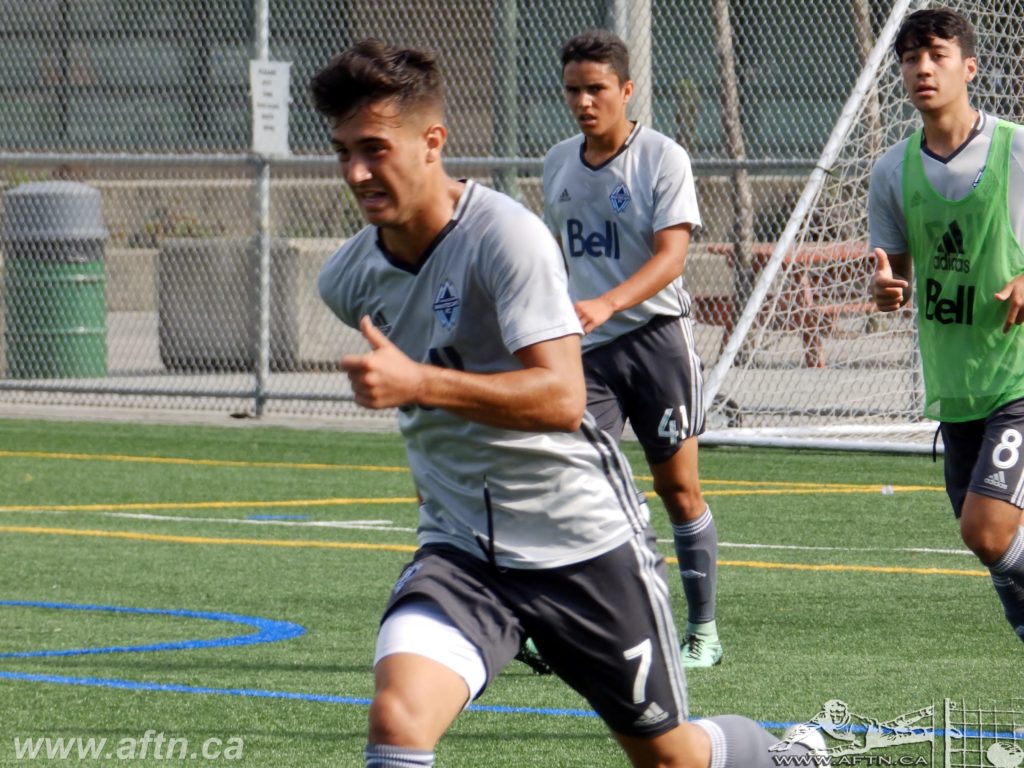 Apostol has played with a number of the current WFC2 roster for years, coming through the Whitecaps Residency program from those prospects days with the likes of Matthew Baldisimo, Kadin Chung, Thomas Gardner, and David Norman. And he has hopes of following them into the professional ranks. Just not quite yet.

“I will be going to college,” Apostol revealed. “I want to be a pro, but just going the other way round. At the end of the day, my goal is to become a pro and that’s what I’ll do. That’s where my mindset is.”

Apostol will leave the Residency Program this summer for a new college adventure, taking Jake Nerwinski’s place as a right back at the University of Connecticut Huskies.

It’s always sad to see the long time guys leave the team, but we have a feeling he’ll be back. For now, it’s a new challenge. One in which we wish him nothing but the best and look forward to following his progress these next four years.