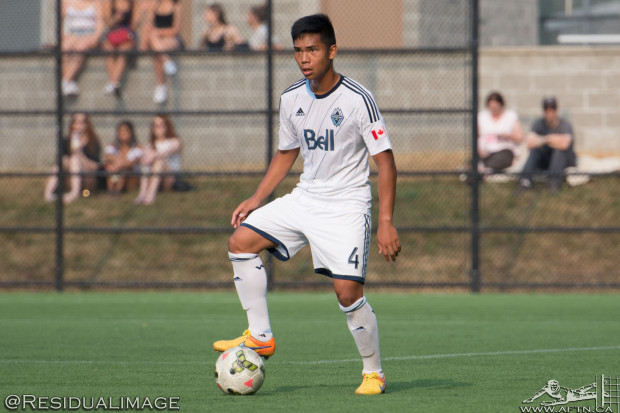 “It is a commonly expressed, and rather nice, romantic notion that we are all sisters and brothers. Let’s be real. Fact is, we might be better served to accept we are all siblings. Siblings fight, pull each others hair, steal stuff and accuse each other indiscriminately. But siblings also know the undeniable fact that they are the same blood, share the same origins and are family.

Even when they hate each other.

And that tends to put all things into perspective.” – Vera Nazarian, The Perpetual Calendar of Inspiration.

Rarely are these bonds on the pitch actually blood brothers in a professional team environment. It is usually weekend kicks for fun, maybe school intramurals or a recreation league.

For the Baldisimo family this rare reality has come true.

With new USL challenges upcoming this season, I recently had the chance to chat with Matthew Baldisimo for AFTN’s latest “Ten Count”. 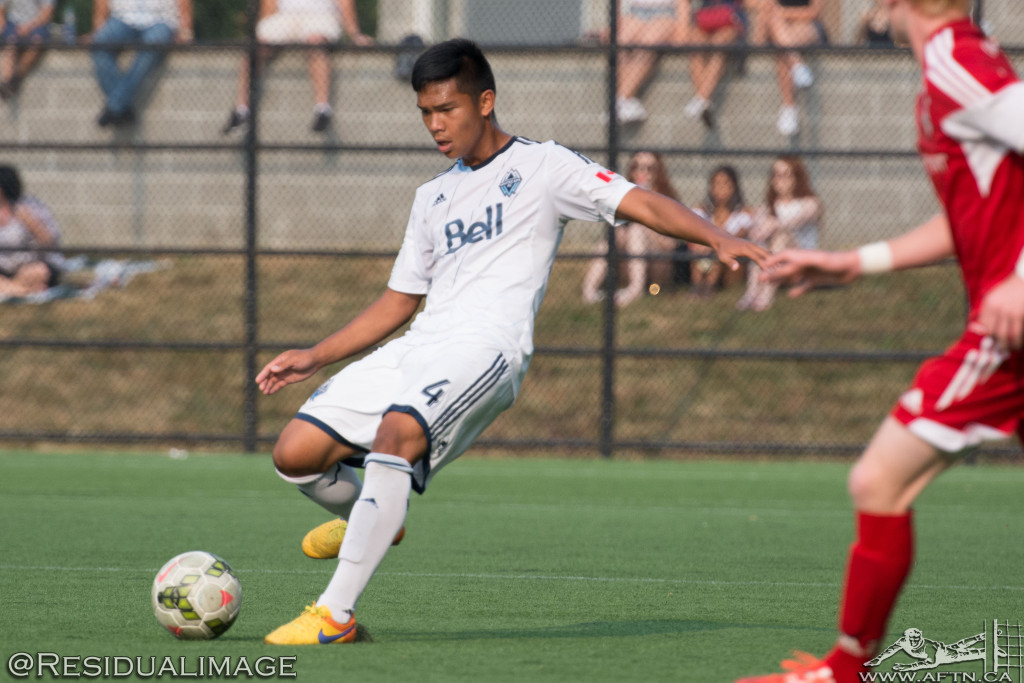 AFTN: Last season you were selected to captain the Canada U17 team at the CONCACAF U17 Championship tournament. What did that honour mean to you?

MB: Representing Canada at the CONCACAF U17 qualifying tournament meant the world to me, especially because I was chosen as captain out of all the talented players that I was playing with. It was a big step in my career and it showcased me and how I compared to the other great players around the world.

You were recently rewarded with a USL contract for this upcoming season. How excited are you for this opportunity?

I am over the moon for this opportunity to play for Whitecaps FC 2, but my schooling is making me wait until June to be playing full time with the team. Which really sucks, but it makes me look forward to training and being a full time professional with a great club. The offer gave me a lot of hope in one day playing for the MLS first team.

Since joining the Whitecaps pre-residency program in 2011, you have made over 100 appearances for the club. What has the journey been like on a personal level to you?

The journey through the prospects and Residency program has been fun and exciting. I had the opportunity to play against many MLS clubs and seen many good friends come and go through the club, but that is the reality of football. Even at a very young age all the Residency coaches make you believe that being a pro is realistic and you start to think about training, more and more, and harder and harder every day to reach your goal. Everything sort of gets blocked out.

Your older brother Mark and younger brother Michael have also been a part of the Whitecaps Residency program. How fun and competitive has it been for you guys?

Having my brothers in the program was the best for me. I am generally a really competitive person, but when my brothers are in the picture I feel I need to show who the best Baldisimo is and that extra motivation makes me train harder and harder every day. As kids we always talked about who would be the first to be a pro and so we all tried to push past each other to prove ourselves. We all hope that one day we could play in the midfield together as an all Baldisimo midfield.

We are all basically the same player with similar techniques. I would say I am a bit more offensive than my brothers, as I have adopted more of a box to box type role with the U18’s and Michael has told me he enjoys being “the protector” of the back four. But other than that we are all basically the same players. I will say that Michael is the best Baldisimo brother and the one who I think if he sticks to working hard and not “fat-lipping” it when things aren’t going his way he could be a great player, his technique and physicality at his age is incredible. 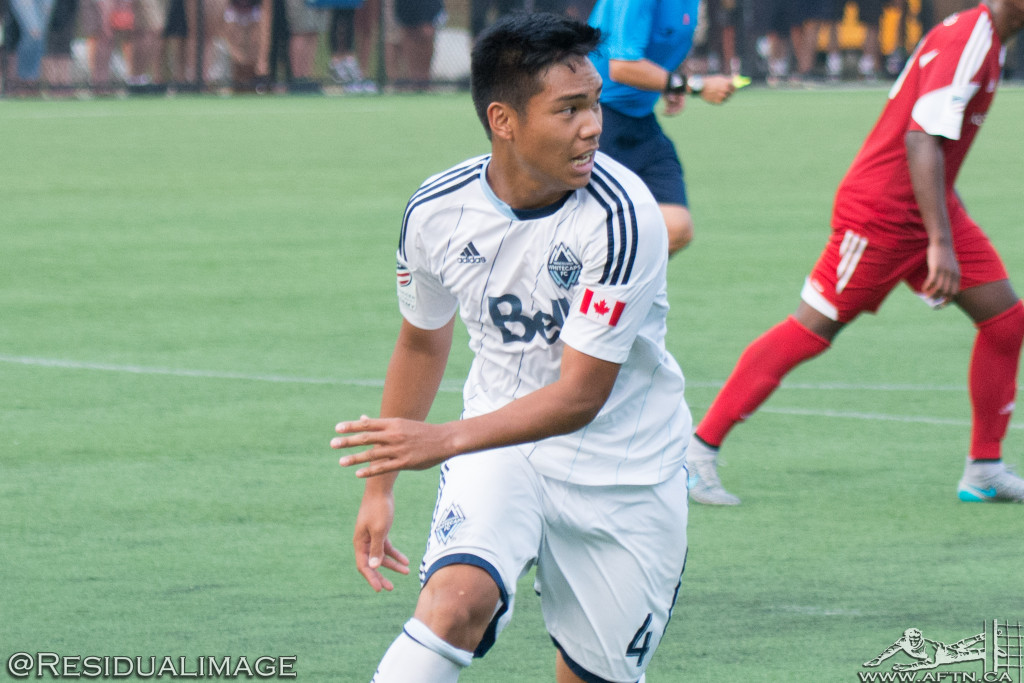 Who is the most skilled player you have had as a teammate?

The most skilled player I have had the pleasure of calling my teammate is Duwayne Ewart (who now plays in the USL with Pittsburgh Riverhounds) because he was always one of those guys I hated defending. His speed, power, and his ball control is just something else.

And the most skilled player you have played against?

Again, Duwayne Ewart. He’s an outstanding footballer and a good friend. We were always roommates during national team camps so we share a lot of good memories off the pitch too.

You list FC Barcelona as your favourite team. Who is having the better season this year: Messi, Neymar or Suarez?

For me, Neymar is having a great season. I would say Messi but he has been doing what he does for years and it’s become the norm. Neymar proved, even in Messi’s absence, that he can help Barcelona win games and he’s a huge impact player.

What are your personal goals for the upcoming USL season?

To start as many games as I can and be a regular in the 18 man roster in every game. It’ll be a hard task with all the talented players on the team and I know I am one of the younger guys, but I think I can live up to the challenge of proving myself in a professional environment.

In 5 years I would like to see myself in the first team and getting some good minutes. The main goal is to be playing for any first team in the world but if it’s with the Whitecaps it’ll be that much more sweeter. 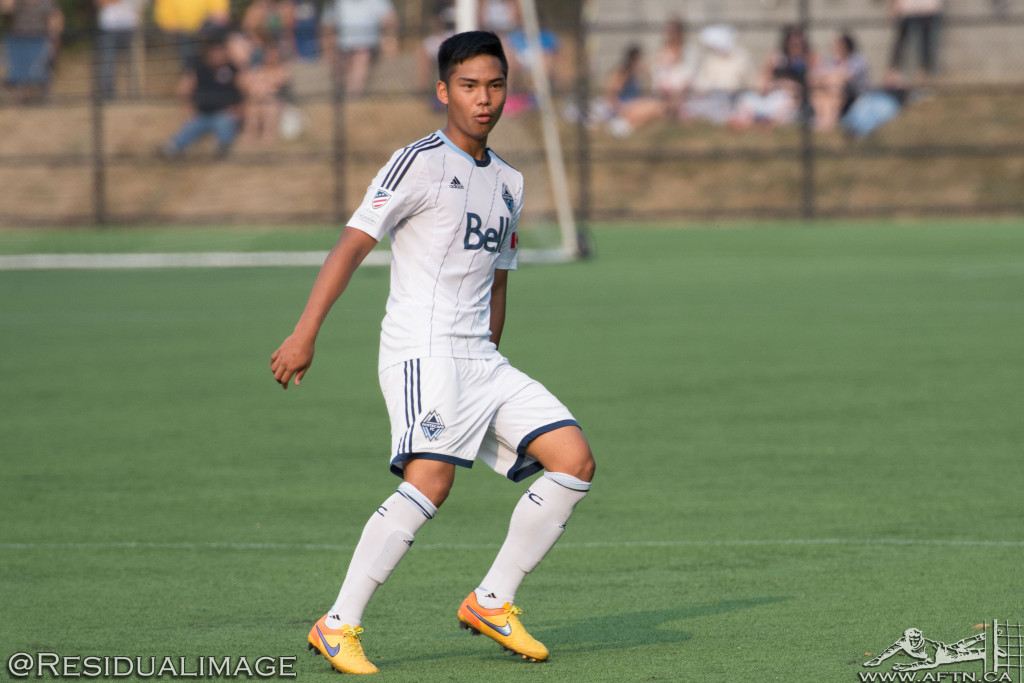 Thanks to Matthew for taking time to chat with AFTN. Make sure you give him a follow on Twitter – @matthewbaldi.