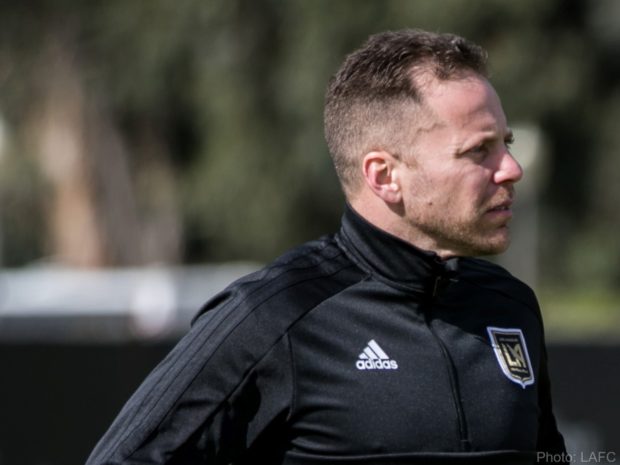 Wednesday’s announcement has both felt like a long time coming, but also a long way away, but thanks to a stunning first round playoff performance from Real Salt Lake knocking out Dos Santos’ Los Angeles FC last Thursday, the Canadian’s appointment was able to be expedited.

Dos Santos becomes the fourth head coach in the Whitecaps’ MLS era. Or sixth if you include the two interim appointments there’s been, but let’s be honest, we’re all trying to forget about Tommy Soehn’s tenure.

The 41-year-old continues a trend of young head coach appointments by the ‘Caps. Martin Rennie was 37 when he took over the job, as was Carl Robinson when he was appointed, but Dos Santos brings with him far more experience and more managerial success in the game, albeit at a lower level than MLS.

When Dos Santos’ name was first floated around as being the man to replace Robinson, it was a potential appointment that was met with mixed feeling in the online Whitecaps community. Some wanted a big name, some wanted an older and more experienced coach, others wanted someone new to MLS, and a few of the older ones amongst the ‘Caps support wanted nothing to do with a manager that they blame for one of the team’s darkest days towards the end of their USL era. But more on that aspect later.

Personally, I’m delighted by the appointment and he was the man I put forward as soon as Robbo was officially out the door. Although to be honest we did have him taking over when Robbo left way back in an April episode of the AFTN Soccer Show! So why does this appointment tick the boxes for us?

Dos Santos is a winner and he’ll head to Vancouver with a winning mentality after not only a strong debut season as assistant coach with LAFC, but from the successes he’s had in both the USL and NASL.

His head coaching experience began in 2007 when he was appointed to lead Montreal Impact’s reserve team, Trois-Rivieres Attak FC, in the infamous Canadian Soccer League. One year later and the team were crowned champions. From there he moved on to the Impact themselves, first as assistant coach and then head coach when John Limniatis was fired in May 2009.

He spent two years as head coach of Montreal in the USL, winning the Championship in his first season in charge, in a fiery 6-3 aggregate win over Vancouver.

But perhaps nothing drew the ‘Caps’ fans ire of Dos Santos more during his time with the Impact than when he put out a B side to take on TFC in what was for them a meaningless last match in the Canadian Championship group stages in 2009. The ‘Caps needed a Montreal win, draw, or defeat by three goals or less. They lost 6-1 and Vancouver lost the Voyageurs Cup, sparking the ‘Je Me Souviens’ banner you still see in the Southside to this day when the teams meet.

Carl Robinson was in the TFC that day and we forgave him! In all seriousness though, as pissed off as I was at that result at the time, and I still am, Dos Santos did what was best for his team and that’s all you can ask from a coach. I’ve moved on, and we’ve joked with him about it in the past, and he has apologised!

Dos Santos resigned from Montreal in June 2011, heading to Brazil where he coached at three clubs in various capacities before returning to Canada to take charge of Ottawa Fury for their inaugural NASL campaign in 2014. He went on to win the NASL Fall Championship with the Fury in 2015 and took Ottawa to the Soccer Bowl Championship match where they narrowly lost out 3-2 to the New York Cosmos. 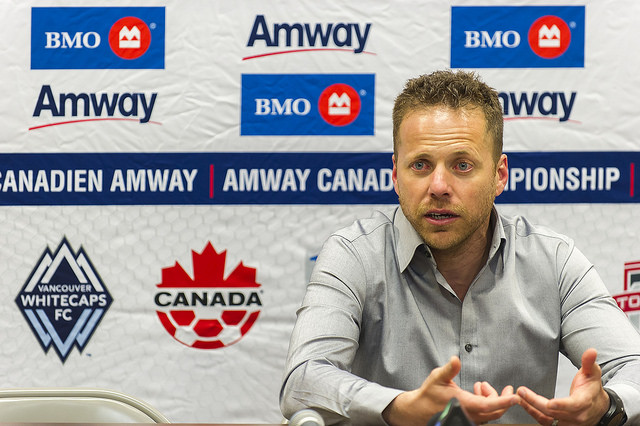 Those accomplishments saw Dos Santos named NASL Manager of the Year, but it was to be his last year in Ottawa as he made the move to Kansas City to take on the role of head coach of USL side Swope Park Rangers and as one of Sporting KC’s assistants.

Another opportunity came a knocking though towards the end of that season and Dos Santos was approached to become the first ever manager of new NASL side San Francisco Deltas. He jumped at the chance, but while Dos Santos put a highly successful team on the pitch, financial turmoil off it saw the Deltas announce that they would be one and done, and would be folding at the end of their inaugural season.

It was stunning, but Dos Santos made sure the team went out with a bang, beating New York Cosmos 2-0 at San Francisco’s Kezar Stadium to win the 2017 NASL Soccer Bowl, and with Dos Santos taking home NASL Manager of the Year honours.

An amazing achievement in what must have been a very trying and testing time for Dos Santos and everyone involved on and off the pitch with the Deltas.

“Like I always preached with the players, I told them we have to the best we can today,” Dos Santos told AFTN in April about how he focused his squad in such a turbulent time. “The only thing we were able to control was the day to day work. If we were able to win the league or do something big, everyone would get valued.

“And at the end of the day, after beating the Cosmos in a stadium that had 13,000 people, I just felt this club is going to leave, but it’s going to leave with the impression of a special night for always that’s going to stay in the city of San Francisco when it comes to soccer.”

That goal was certainly achieved, but with no coaching role to go to that brings us up to date and Dos Santos making the move back to MLS to be Bob Bradley’s assistant at another new club, LAFC.

So a varied, packed, and successful coaching career so far, and while some may be worried about his tendency to jump around jobs, he has gone on to bigger and better things each time, which you can’t really fault any coach worth their salt of wanting to do. And while his full intention was to stay longer in San Francisco, their folding afforded him the opportunity to get back to MLS and there’s been no looking back for the Montreal native. He’s ambitious and he’s driven, and that’s exactly what the Whitecaps need right now.

“After winning the USL final with the Impact and then losing the NASL final with Ottawa, it was almost an obsession for me to win the NASL,” Dos Santos told us. “I wanted to win both of those leagues somehow, and after doing it with San Francisco, well when I went to San Francisco I wanted to stay there for the full three seasons of my contract.

“I didn’t have intentions of leaving, but then things happened with the ownership group and I had to leave. It was good to leave finally winning the NASL and against the Cosmos. Then when Bob [Bradley] called me and the opportunity came to be around a MLS club, I just thought it was the next step in my career before something else. Who knows?”

That something else has now proved to be Vancouver and the Whitecaps. A city and a club that Dos Santos is very familiar with from his USL days with Montreal Impact and the fierce rivalry the two Canadian sides had back in the day. But hostilities aside, Vancouver is a place Dos Santos holds very dear to his heart.

“Vancouver is a place that I have good memories, for different reasons,” Dos Santos told us when LAFC came to town in April. “It’s a place with a lot of history for me as a coach. I went through a lot of things in Vancouver in the times of the Impact. So coming back here was special.” 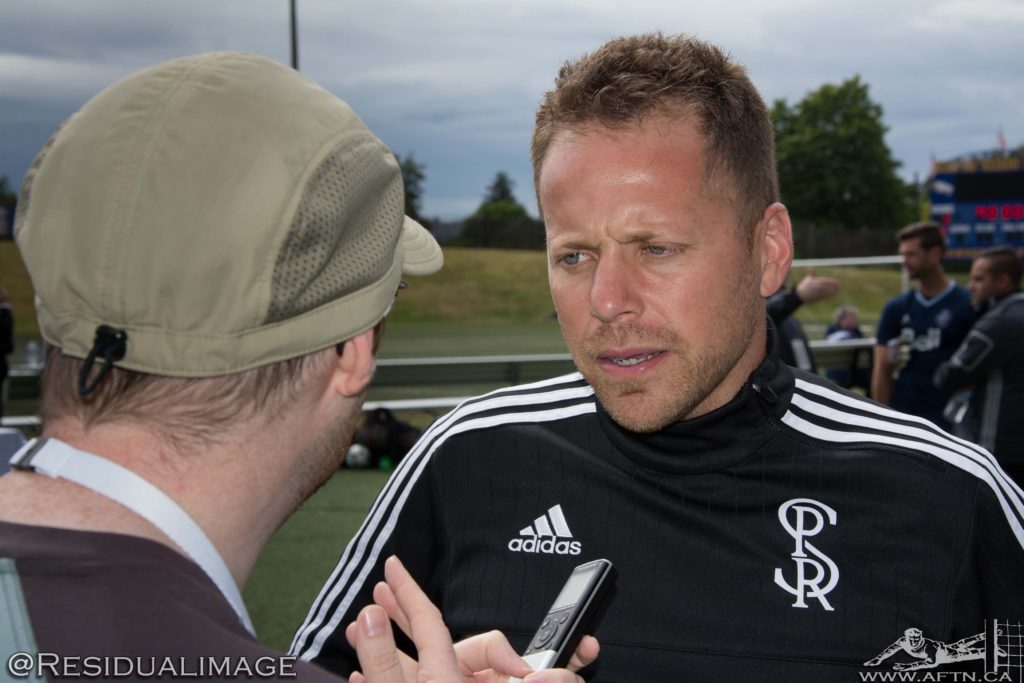 It’s a league he’s very familiar with and he’s learned the ropes as assistant coach under two excellent managers, Peter Vermes at Sporting KC and Bob Bradley at LAFC, and the ‘Caps can only hope that he brings some of what he’s experienced in Los Angeles this season to Vancouver.

“Bob has a very clear vision with the staff where he makes everyone feel important,” Dos Santos said. “Everybody is part of the group and everybody has an important role. Nobody is bigger than anybody. There’s no ego and it creates a family environment.”

Just what the doctor ordered with the Whitecaps right now after all the bloodletting and talk of locker room division and culture problems at last week’s end of season media day of chaos. Just what Dos Santos made of all that as he watched on, we’ll soon find out. But he’s certainly going to have sorting that mess out as one of his number one priorities in the role.

But he has a few. Building a squad capable of competing with the best in the West next year is another. In some regard, the Whitecaps weren’t too far away this year, finishing just win away from the playoffs. But in other ways, they were so far behind the top teams it was frightening (that horrorshow in KC still haunts me).

Dos Santos will have a bigger budget to spend with the Davies multi-million dollar windfall, but he’s always been a coach who has cast the net far and wide when it comes to looking for talent, telling us back in 2015 that: “Every time I build a squad, I try and build it with the best players possible, regardless if they’re Chinese, Italian, Portuguese, Canadian, or American. I look at the player and the characteristics.”

He’s also a fan of Brazilians, and clearly has his connections in the country after his two years coaching down there. There were four Brazilians in his San Francisco Deltas NASL Soccer Bowl winning squad last year, along with four Canadians (Nana Attakora, Kyle Bekker, Karl Ouimette, and Maxim Tissot – all of whom have plied their trade in the USL this season).

His assistant in San Francisco was also Canadian, Andrea Di Pietrantonio, who worked with him in Montreal and is currently the assistant coach with college side UQAM Citadins. It may not be too much of a surprise to see the pair link up again here in Vancouver.

Dos Santos has always been a coach to give Canadian players chances on his squads, so that certainly ticks that requirement from the Whitecaps front office, and it will be interesting to see who he might bring in. Also with the FO indicating that there could be changes to the structure of the club, we may yet see him reuniting with his brother Phillip in some capacity.

Whether that be as an assistant coach (a role he currently holds with Indy Eleven in the USL, ironically under Martin Rennie) or coming in as a Technical Director (a position he’s held before), Phillip Dos Santos would bring further experience to the club. He’s an UEFA A Licensed coach and has been involved as a coach with the Canadian national team at U15, U17, and U20 levels.

A lot for Dos Santos to get going with. It’s an exciting appointment and it truly feels like an exciting new era at the club. The proof will be when the new season starts. We’re already counting down.

Welcome (back) to Vancouver Marc.