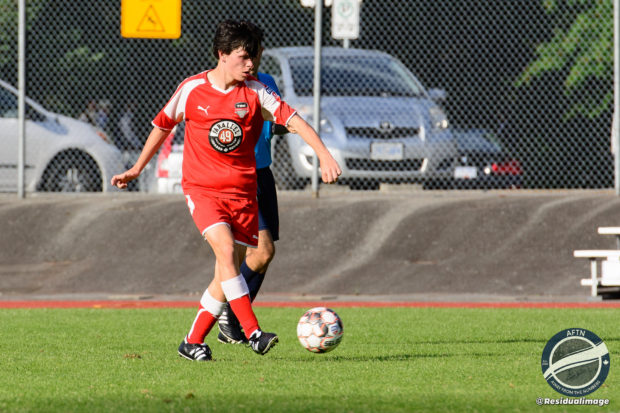 The Vancouver Metro Soccer League’s U21 Division has certainly seen a lot of upheaval over the years, with several teams folding or departing to new challenges and several more new teams coming in.

This season is no different with six of last season’s teams no longer in the league for the upcoming campaign that gets underway this weekend. That includes last year’s champions Coquitlam Metro Ford Jr Wolves, who have made the move up to a Division 3 team, the Lobos, kicking off their season with a 10-1 win over Kurds United FC on Friday night.

All that movement meant six new teams coming into the league for the 2018/19 season. Among their number is a new TSS FC U21 side, a team which TSS Rovers head coach Colin Elmes will be the perfect bridge between the club’s academy and their PDL side.

“When we bought this PDL franchise it was always for our boys TSS FC players,” Elmes told AFTN this week. “They just weren’t near the age of ready. But going into our third season we have committed to including a couple of our current 16-17 year olds in the PDL mix next season.

“VMSL U21 was always on our radar for the future to help ‘blood’ the players for PDL involvement – then we discovered about two weeks ago there was only nine teams in the league for this season with a bye week. And in we went.” 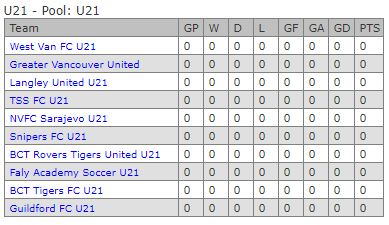 The team will be coached by Academy coach Darren Russcher, with Elmes as his assistant, but with the new season just around the corner, the lateness of their admission hasn’t made things easy for the TSS guys.

“It’s been an administrative whirlwind in the last 10 days getting our group all set up and ready to go,” Elmes admits. “This included starting dialogue with our opponents to get a gauge on their age and physical makeup so we know when to have some of our smaller players stand down from certain fixtures. Our group will continue to play games in the youth world so the two platforms will operate in parallel.”

The TSS guys will certainly be in for a challenge, playing the majority of matches against players a good few years older than themselves. It’ll be a test both mentally and physically for the players, but if the ultimate plan is to move them into the PDL set up, where they’ll be playing against men even older, this should be a good grounding for them, or at least gives Elmes something to think about.

“The group will definitely be the youngest in the league,” Elmes acknowledges. “So we are in it deep for a good part of the 18 game schedule. Now it will be a work in progress as we get a better handle on the standard of these teams along with their physicality.

“As the saying goes ‘if you are good enough you are old enough’. Ask me in about a month to six weeks as to who those individual players are.”

TSS’ season gets underway today with a home match against Guildford U21s at Minoru Park Field 2. Kick off is 6pm.