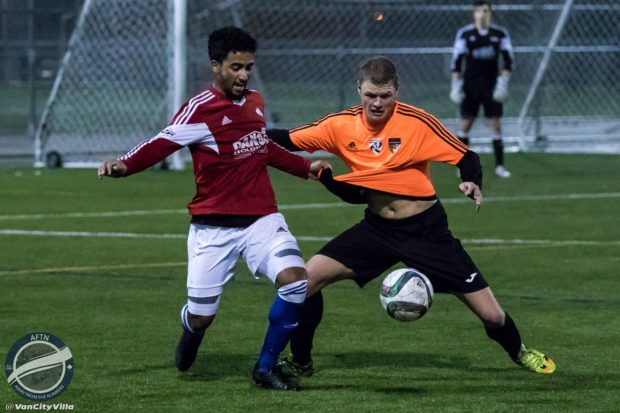 Nick Soolsma’s name will be known to most fans here for his two seasons spent with Toronto FC.

Soolsma may have only spent a brief time with the Reds, but he made 47 appearances for TFC across all competitions, winning two Canadian Championships in 2011 and 2012 and playing in a CONCACAF Champions League semi-final in Mexico.

The Dutchman’s release from Toronto in the summer of 2012, saw him move back to play in Holland, followed by a stint in Australia. It was surprising then to see him pop up in Vancouver Metro Soccer League (VMSL) action with CCBRT United during the 2013/14 season.

Soolsma’s talent was clearly still there, as he banged in the goals and was named the league’s Player of the Year in the 2014/15 and 2016/17 seasons. There was no doubting that he could still play at a higher level, so how did he end up in BC and playing in the VMSL?

“I have a family here in Vancouver,” Soolsma told AFTN. “When I moved to Holland [after TFC], I played there, then the family decided to move to Vancouver. When I came here three or four years ago I could still play professionally in Holland, but my family was here. I had to make a decision and I followed my family here to Vancouver.”

Congratulations to Nick Soolsma of the Langley Hurricanes, on being awarded MVP of the #VMSL 2014-2015 season! pic.twitter.com/OQCJEFMKCO

Vancouver holds happy memories for Soolsma from his time in Major League Soccer. He made his league debut here at Empire Field, in the ‘Caps 4-2 victory over TFC back in 2011. His first MLS goal was a penalty against the ‘Caps in a 1-0 win at BMO Field in June of that year.

After moving to BC in 2013, there were even conversations about him becoming a Whitecap. Those didn’t progress and despite there being interest from other clubs, the lure of coaching saw Soolsma decide to take a step back from the pro game.

“I spoke a little bit with the Whitecaps when I came here,” Soolsma revealed. “But they were in the middle of the season and it didn’t work out playing with them or anything. Then slowly I started coaching and now I’m an Assistant Technical Director.

“During that time I still got offers here and there, in America and close to where I live now, to start again in soccer in USL and those kind of teams, but I’m happy now with my job as a coach.

“I’m 30-years-old. I maybe could have played three or four more years at a professional level, but then after that I had to coach anyway, so with me already starting, getting my licence, and being an Assistant TD, I decided to just focus on that.”

Soolsma became the Assistant Technical Director with Langley United Soccer Association in September 2016, and took on a player/assistant coach role with BCT Rovers Tigers United at the start of the 2017/18 VMSL season, helping them to win their first Premier championship with 16 goals.

It was while scouting players at a Rovers Tigers match that TSS Rovers head coach Colin Elmes was struck by how much Soolsma’s skill and leadership stood out on the pitch. An idea was formed and Elmes approached the 30-year-old striker to see if he would be keen to join TSS for the upcoming PDL season to add some experience and leadership to his young squad.

“I got a call from Colin about playing in the league,” Soolsma explained. “I’ve got a couple of guys in my team that played for the PDL team, so I started to ask them how the league is and this and that.

“I had a meeting with Colin about the league and I did a little bit of research on the internet about the league. We spoke about it and Colin explained to me what the plan was of having me in this team and it all sounded good to me.”

Soolsma’s Rovers Tigers teammate Ryan Dhillon played with TSS last season and midfielder Rahid Rahiem will be joining the Dutchman on the squad this year.

Both parties were keen, the only potential stumbling block would be how much it would perhaps clash with his day job at Langley United. Thankfully, everything worked out.

“I had to make sure because I’m also the Assistant Technical Director of Langley United,” Soolsma told us. “I had to figure out the schedule and finally we made it work that I could play in the league. Colin wants me to be one of the more experienced guys in the team.

“There’s a lot of young kids on the team and he wants me to help the team with my experience and help the young guys. That both sounded good, so I decided to play this year with TSS.” 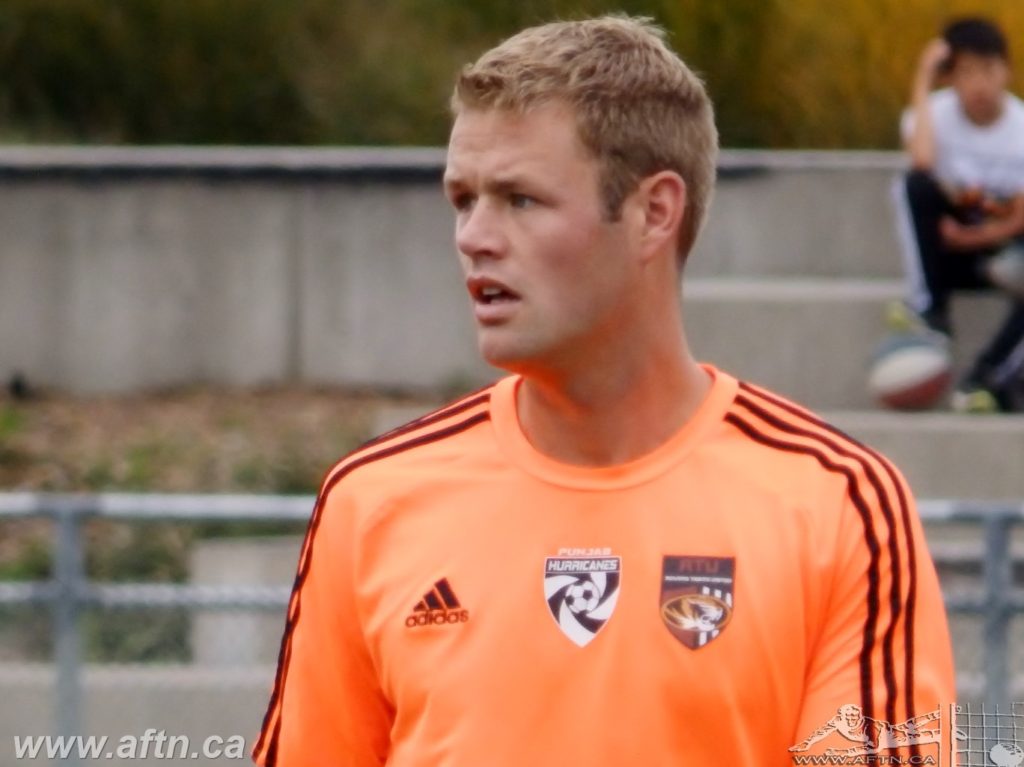 The plan is for Soolsma to take on a player/coach role with TSS. As we mentioned in yesterday’s announcement of Soolsma joining the Rovers, that experienced head and leadership role was lacking from the team in their inaugural season, and the Dutchman’s addition will certainly have a positive impact on the team.

For many on the TSS roster, putting themselves in the shop window for the new Canadian Premier League that’s on the horizon for next year is the name of the game. Soolsma hopes to help some of them get there and it’s also not an outcome he’s ruling out for himself.

“Yeah, I heard about the league,” Soolsma said. “It’s something I might be interested in. But it’s the same thing. It has to go hand in hand with my job as an Assistant TD with Langley United. So that’s something that I don’t know if that’s possible or if that’s able to combine.

“If that is able to be combined, then yeah, I would be interested in something like that for sure. But then again, I don’t know too much about the league yet, so I’d have to sit down with the people and see what it is exactly, how much time it will be, what exactly the plan is and everything, and then if I can combine it, it may be an option yeah, for sure.”

We’ll bring you our full chat with Soolsma, including some of his memories of playing in MLS with Toronto, and some other TSS Rovers related features in this month’s AFTN ‘Extra’ podcast next week.

If you haven’t already got your season tickets to see Soolsma and the rest of the TSS squad play, what are you waiting for?! Eight matches (seven league and one friendly) for only $70 for adults and $49 for children, it’s the best value soccer you’ll find in the lower mainland. Get them HERE and if you can’t make it along to every match, the club have a donate a ticket scheme where you can help someone who can’t afford a ticket make it out to a game.