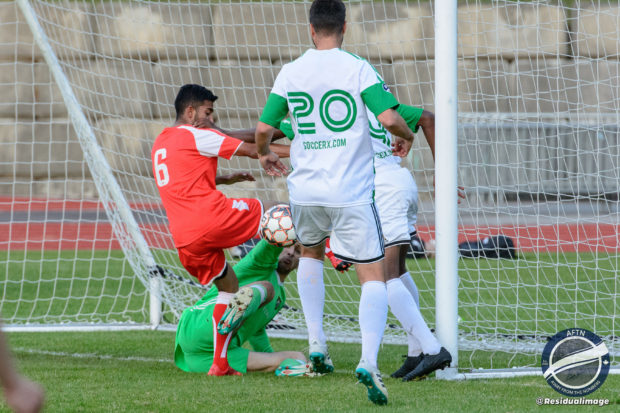 Swangard Stadium hosted the second edition of the Battle of the Top Two in the PDL Northwest Division on Friday night.

If we’re being honest, TSS Rovers rode their luck in beating Calgary Foothills 2-1 at Swangard last month. That’s what top teams do. Manage to win, no matter who has had the better of the play.

For the first half of the second meeting of the season between the two teams, it looked like it might be a case of deja vu, as Calgary once again were the better side, restricting TSS to just one shot, and missing a slew of chances to open the scoring.

But the Rovers luck finally ran out two minutes into the second half when Nico Pasquotti scored a nice solo goal to finally put Foothills in front. It was a lead they weren’t giving up, and despite the goal lighting a fire under TSS, they couldn’t get the equaliser, seeing a Rahid Rahiem effort scrambled away off the goalline towards the end.

Another tough home loss to take and it was a massive match for the Rovers, their last one at home before a gruelling five game spell on the road over the coming weeks. A win would have given them a bit of breathing space over the chasing pack for one of the two playoff places, but the loss sees them slip seven points behind runaway leaders Calgary Foothills, and they now sit only four points ahead of third placed Lane United, who have a game in hand.

The Rovers resolve will be tested for sure in the next few games.

AFTN photographer Tom Ewasiuk (@ResidualImage)) was there to capture what action there was before, during and after the game. Here’s his “Story In Pictures”, with a full Flickr slideshow at the end. 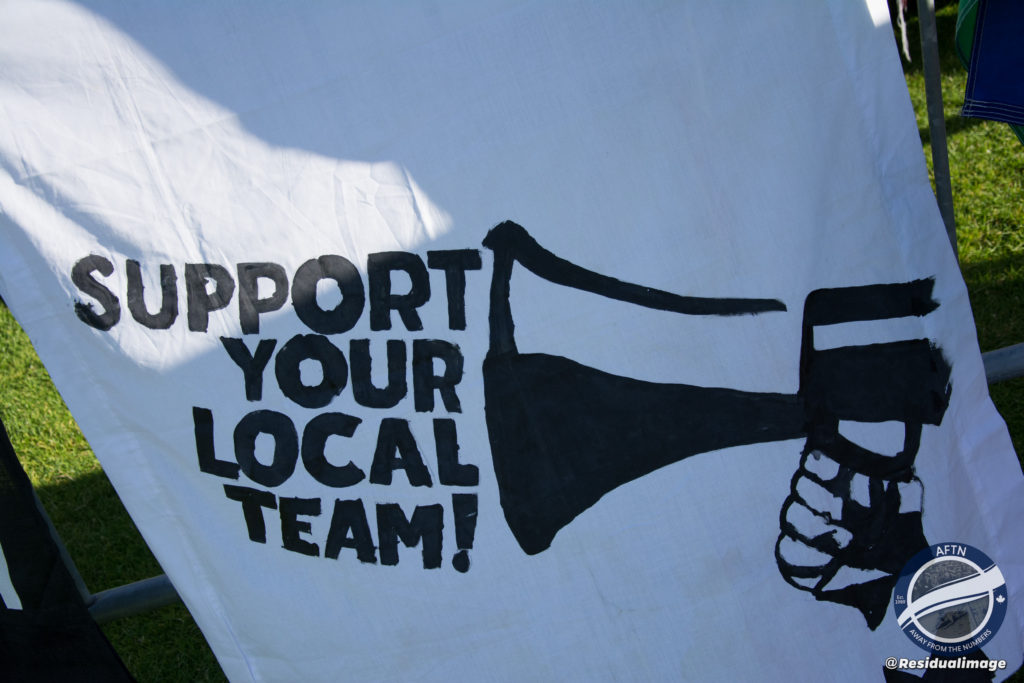 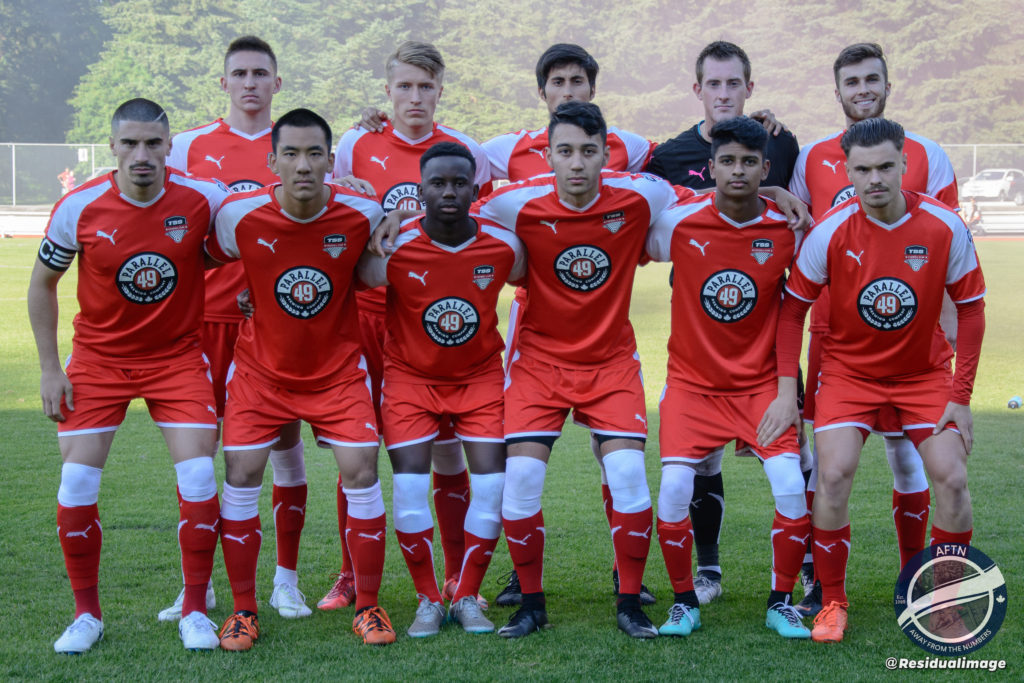 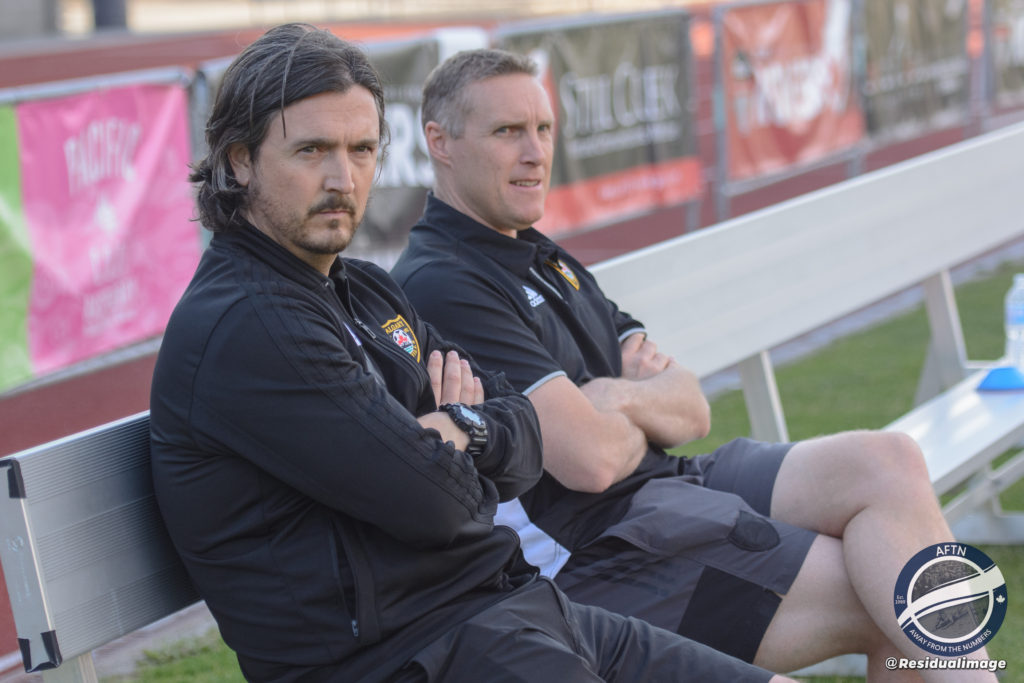 Calgary’s Tommy Wheeldon Jr and Martin Nash – you should see how they look when they’re not top of the division! 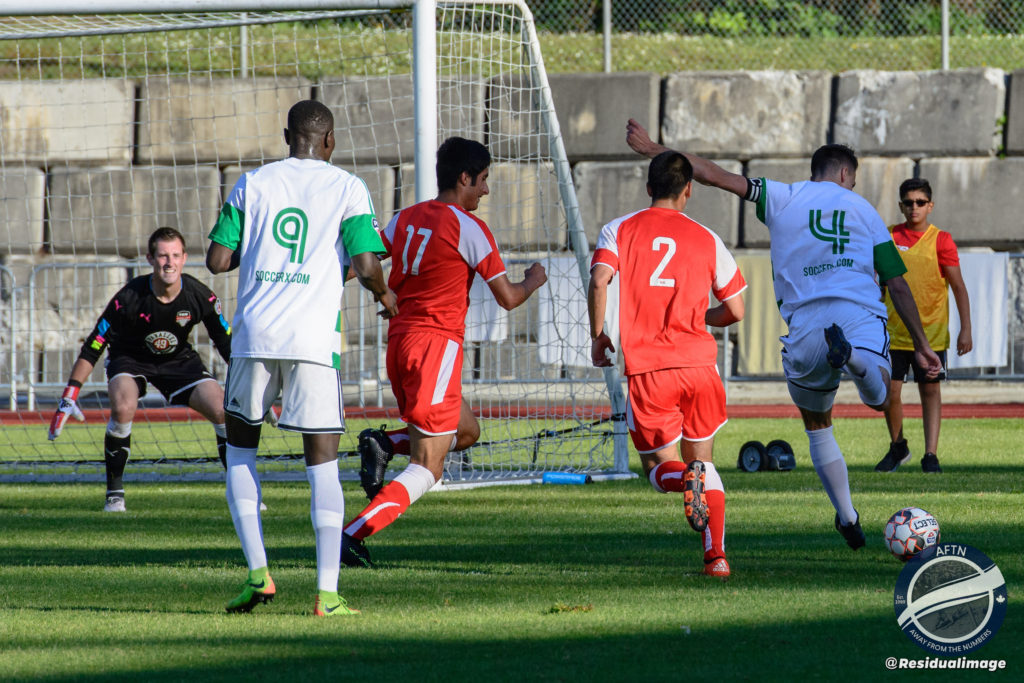 Calgary were the more dangerous side in the first half 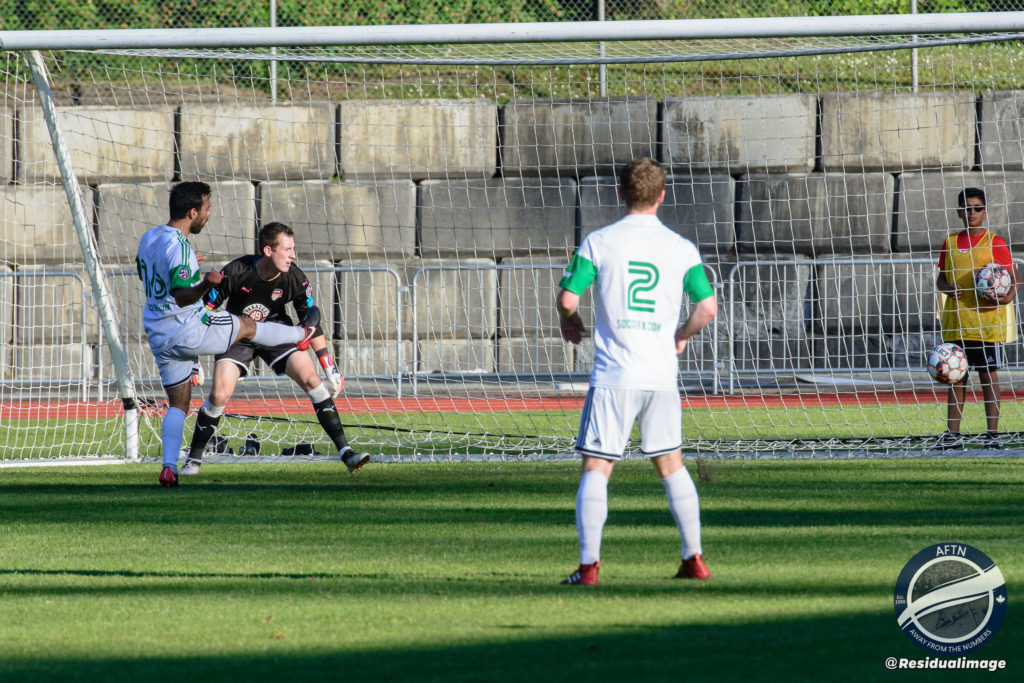 Threatening the TSS goal on a number of occasions 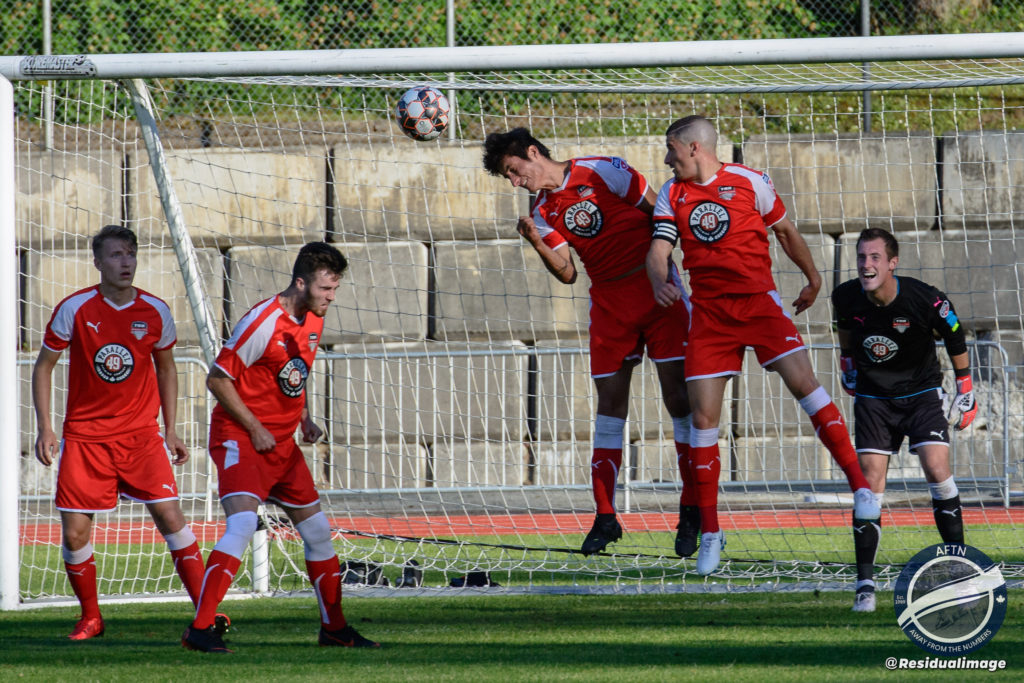 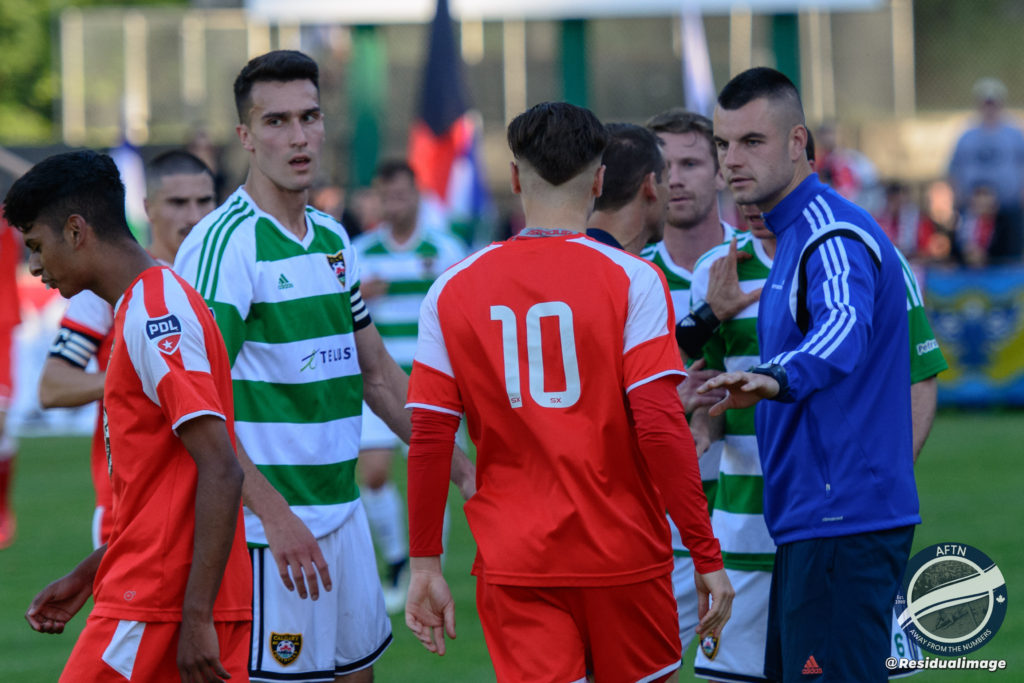 As tempers started to rise early 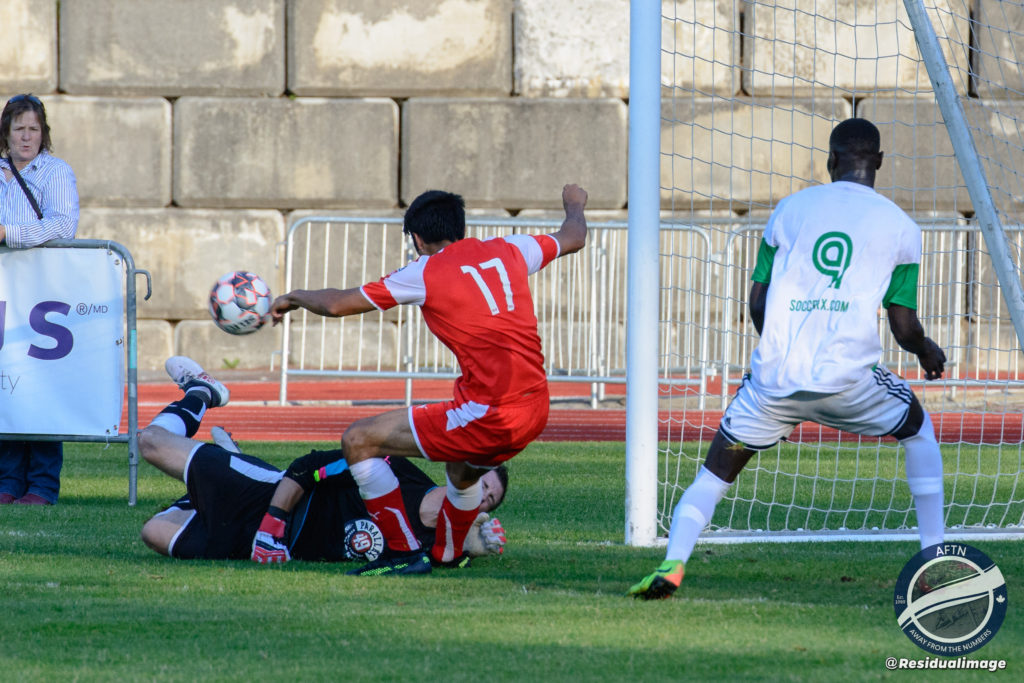 Rovers were doing everything to keep on level terms 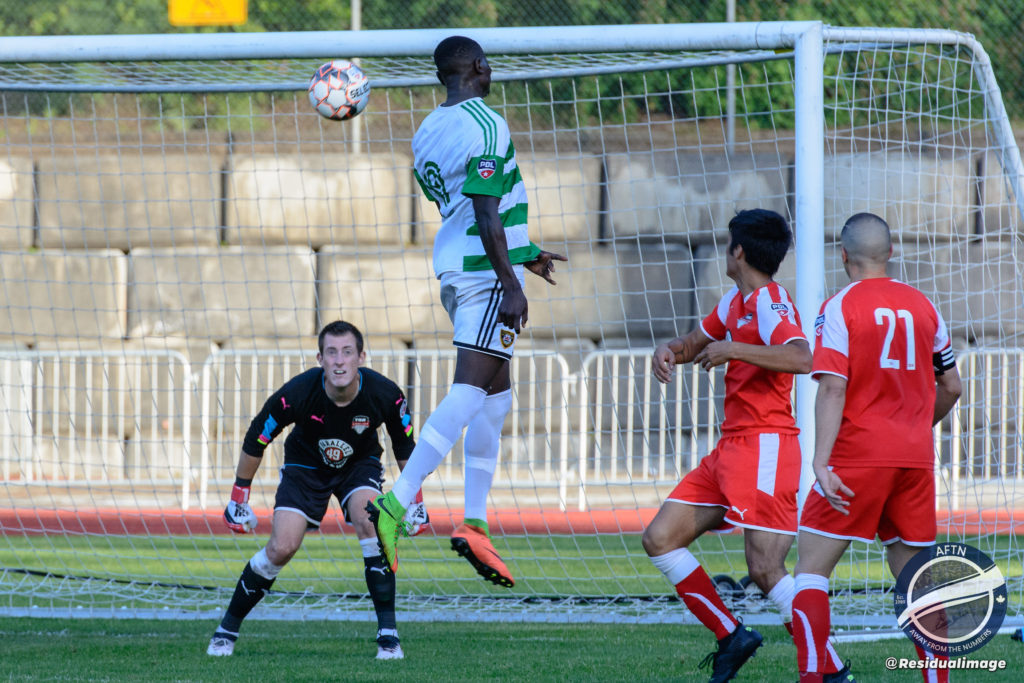 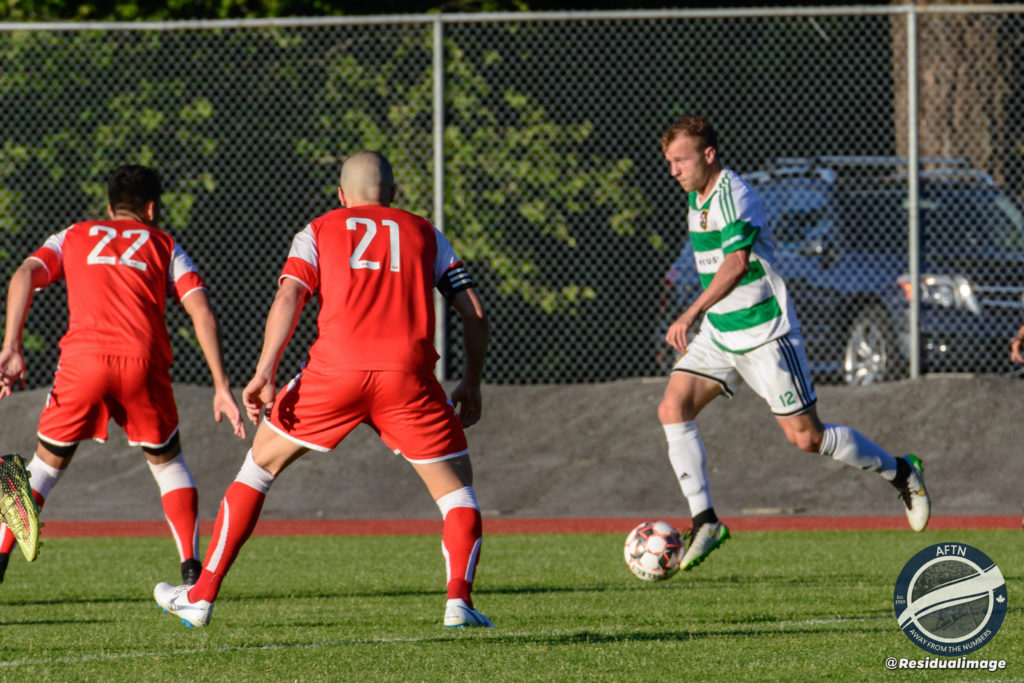 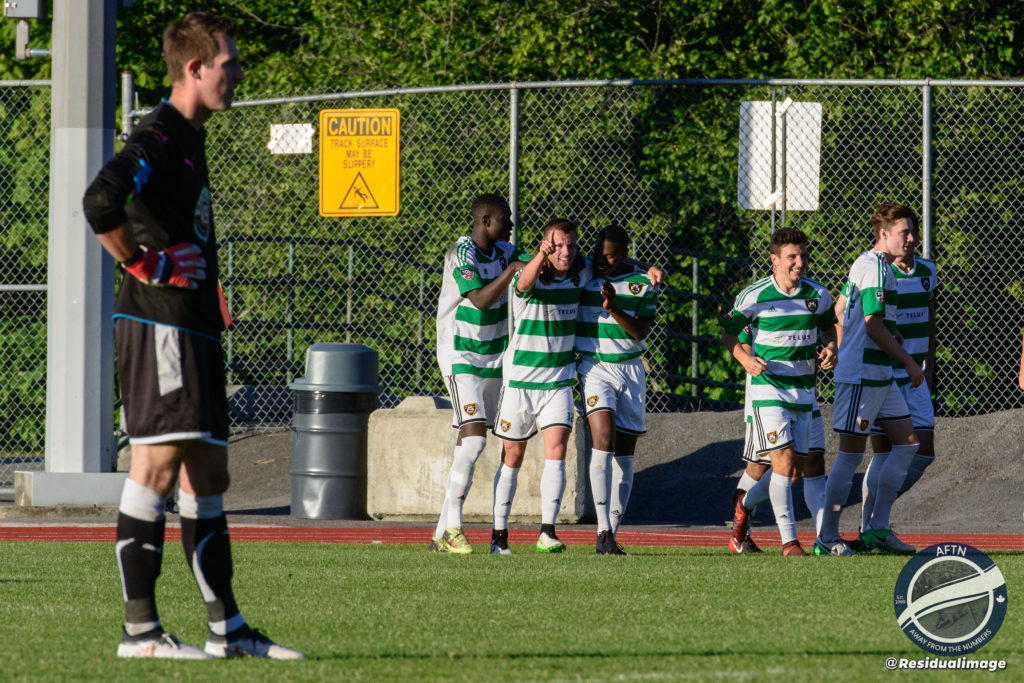 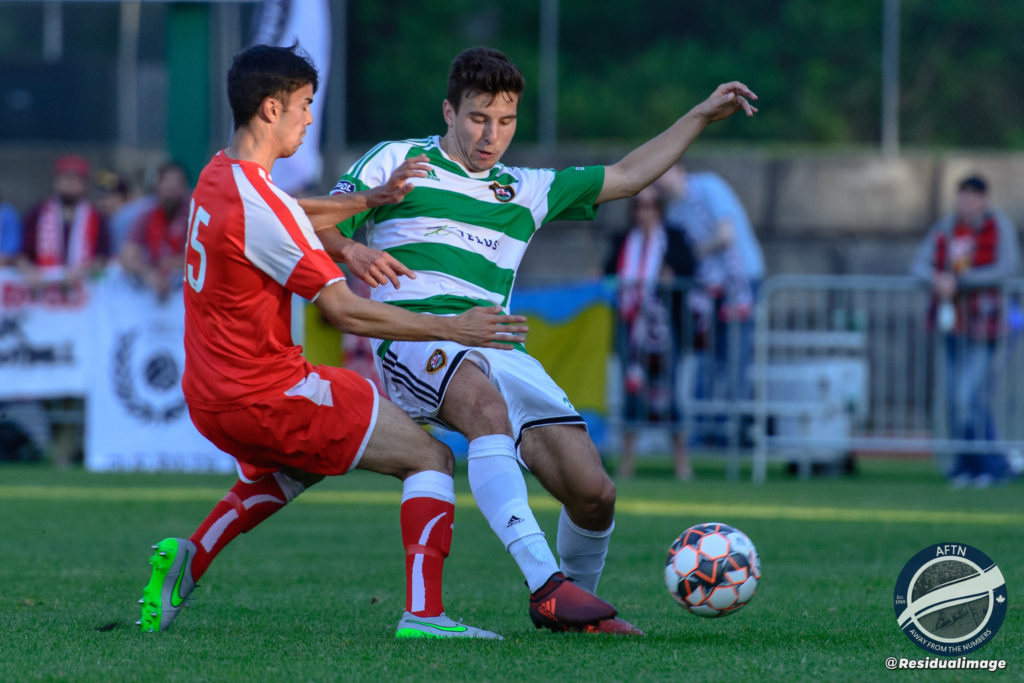 There were a lot of familiar faces in the Calgary squad this season, the newest of which was former WFC2 players Chris Serban 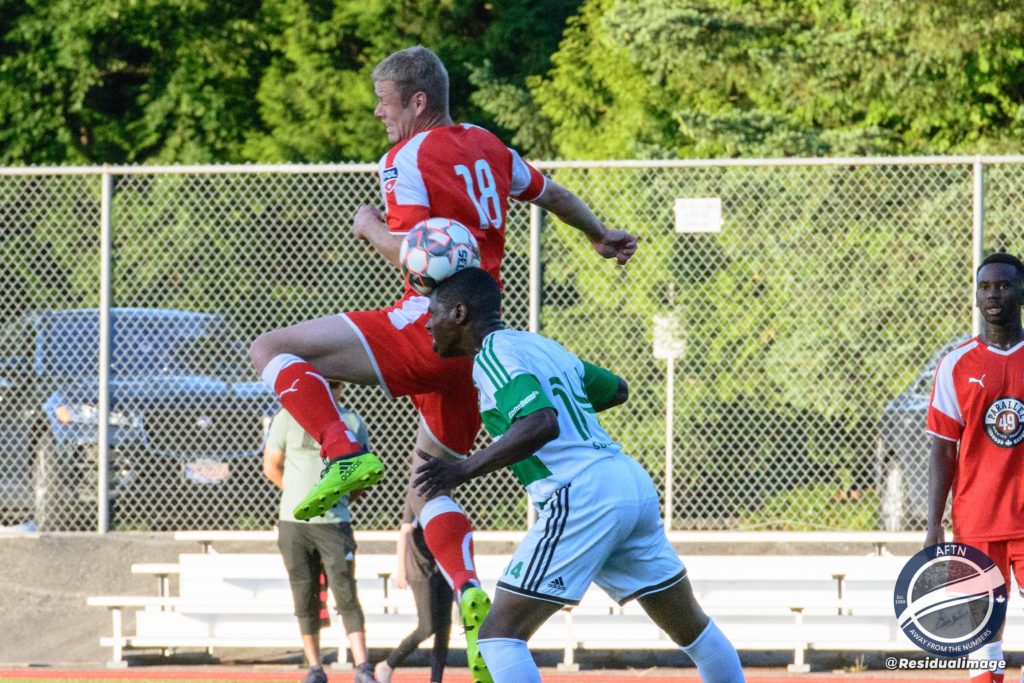 Have to question the softness of the ball in this one or the hardness of the head (zoom in close!) 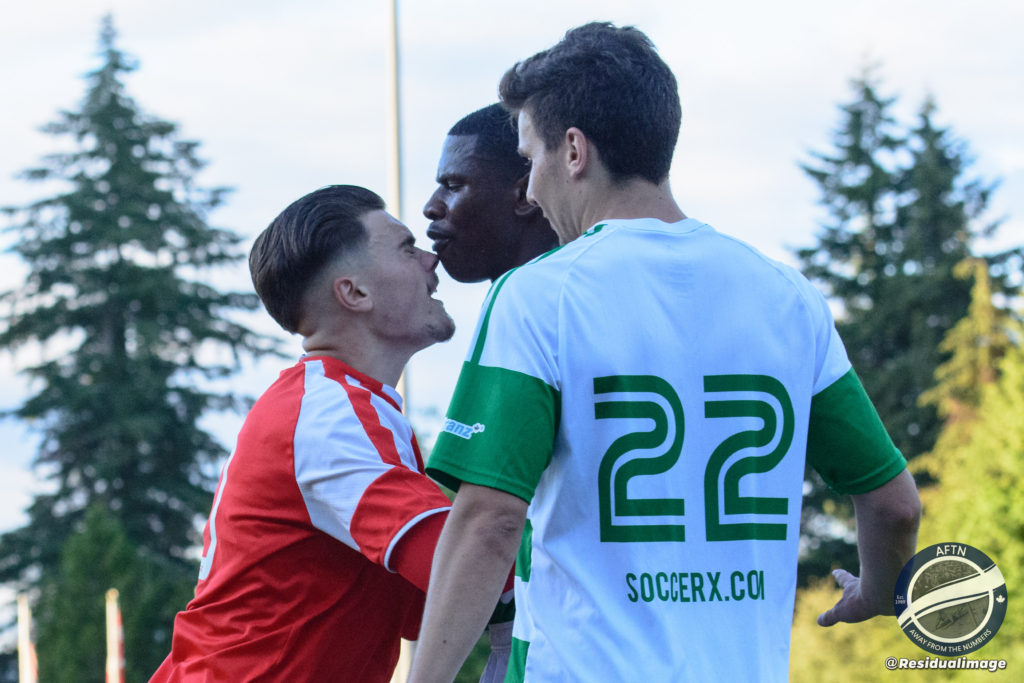 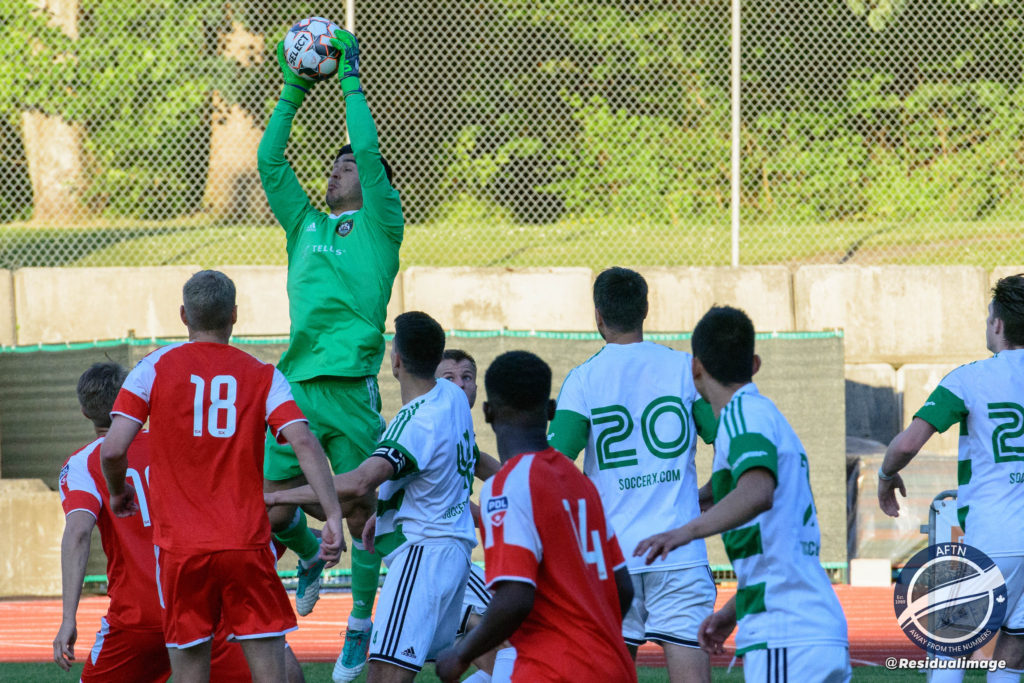 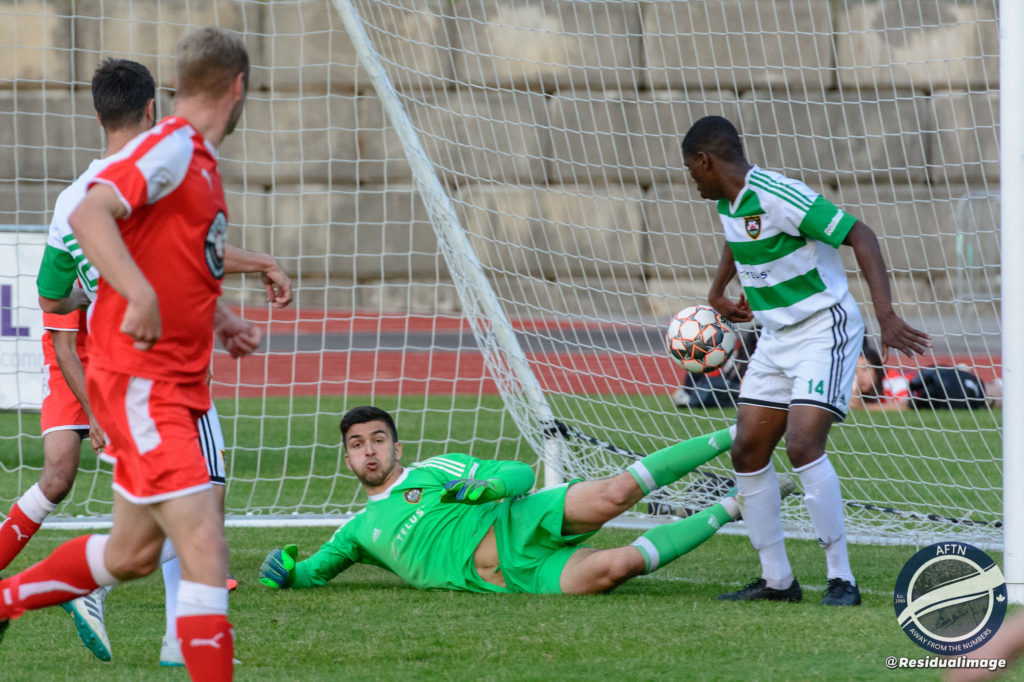 And Marco Carducci came up with a great point blank stop from Rahid Rahiem, but as the ball headed over the line, did Elijah Adekugbe use a hand to keep it out (again, zoom in!) 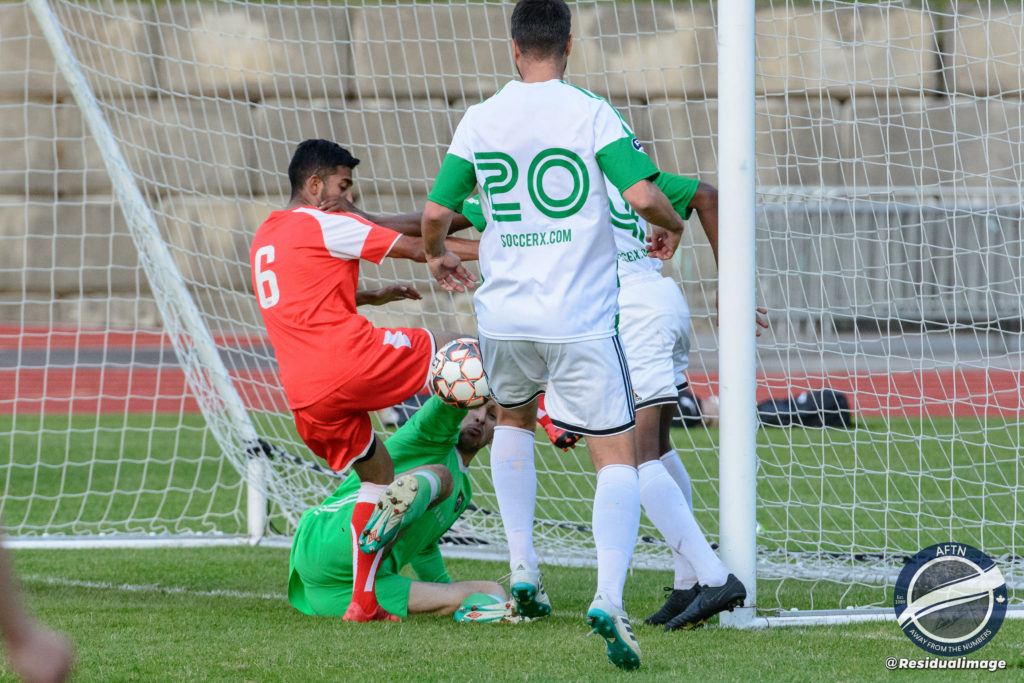 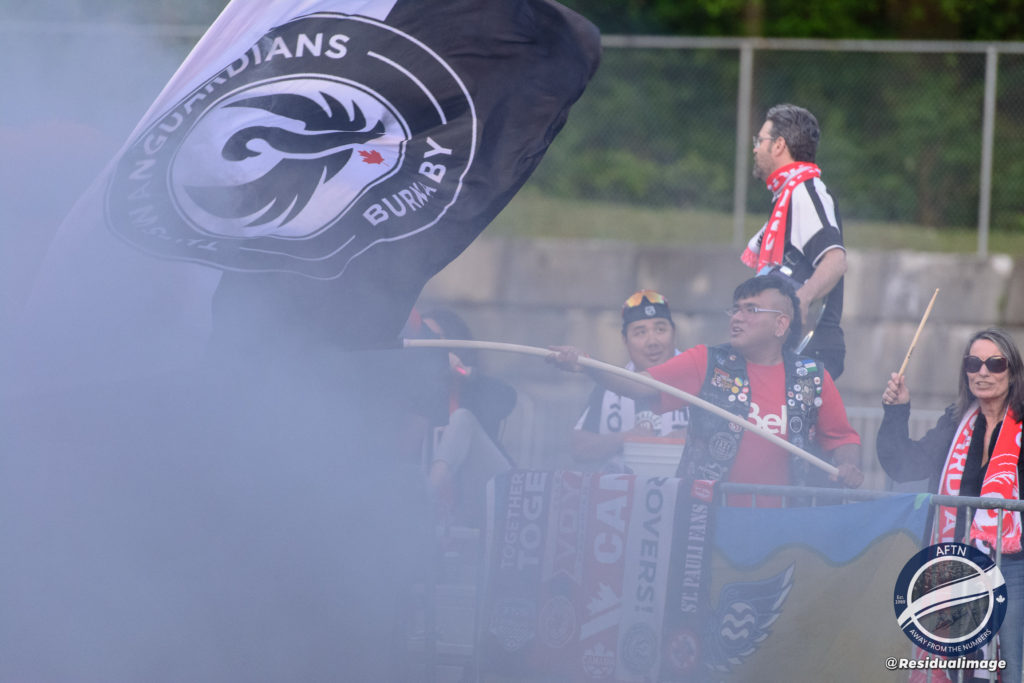 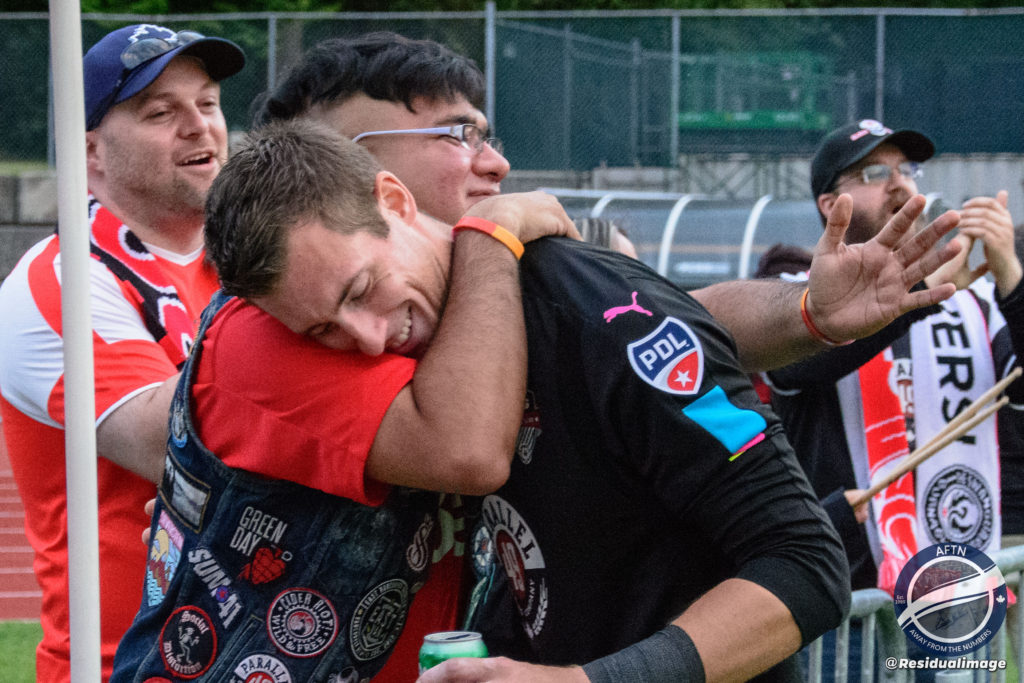 Leaving them to console Andrew Hicks after the match 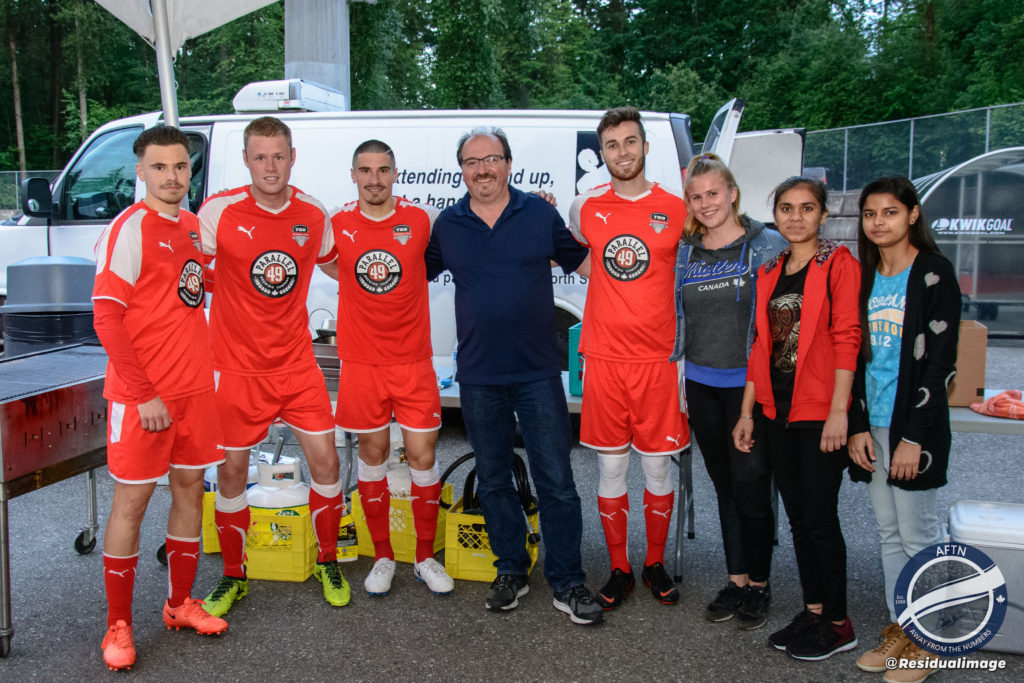