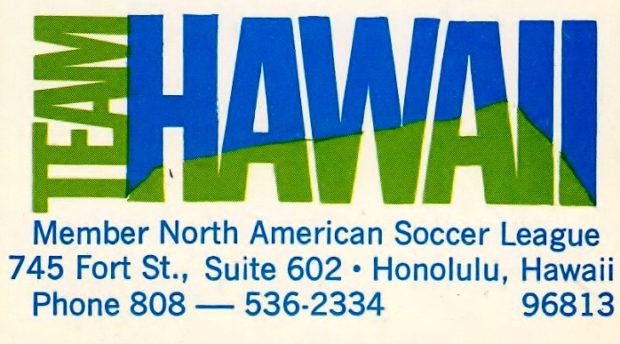 The long wait is over. Vancouver Whitecaps are finally back in action today.

The ‘Caps kick off their first of seven preseason matches tonight when they take on Japanese J1 League side Hokkaido Consadole Sapporo at the University of Hawaii’s training pitch. Three 45 minute periods were planned, but that’s now been amended to two.

The match kicks off at 5.30pm Vancouver time, and although it won’t be streamed live, the ‘Caps will certainly have some kind of highlights up on their website later tonight, as we get the first chance to see the new faces and new system in action.

The Whitecaps will follow that up with two further matches in Hawaii this week at Aloha Stadium, taking on Iwaki FC on Thursday evening in the Pacific Rim Cup, and then, assuming they hammer the team from Japan’s sixth tier, the winner of the match between Hokkaido Consadole Sapporo and Columbus Crew on Saturday.

You just have to look at all of the Whitecaps social media outlets to see how much fun the players seem to be having in Hawaii. I’m sure those that were here last year will say it’s been a much better experience than rainy Wales (although for the record, I personally had a blast in Cymru!). And of course it’s not all sun, sea, and sand, there’s been a lot of hard and intense training sessions in there as well, and these three upcoming games will factor in to all of that.

This is all preseason of course, but hard as it may be to believe, there once was a time when the Whitecaps played an actual league match on the island, back in the days of the original North American Soccer League (NASL).

The 1970’s were a weird and wacky time in general, and when it came to North American soccer, the NASL seemed to fully embrace the mood of the decade. Say what you want about all the glitz and glamour, and razzamatazz and rule changes, that the league brought to the world’s game, but they attracted some of the best players from around the globe to play over here and attracted some huge crowds to watch them at times.

But some of the NASL’s business decisions were decidedly hit or miss. Over expansion and a failure to understand some markets proved very detrimental to the league. A lot of teams failed and a lot of them were one season “wonders”, and that brings us to the 1977 season and the rise and fall of Team Hawaii. 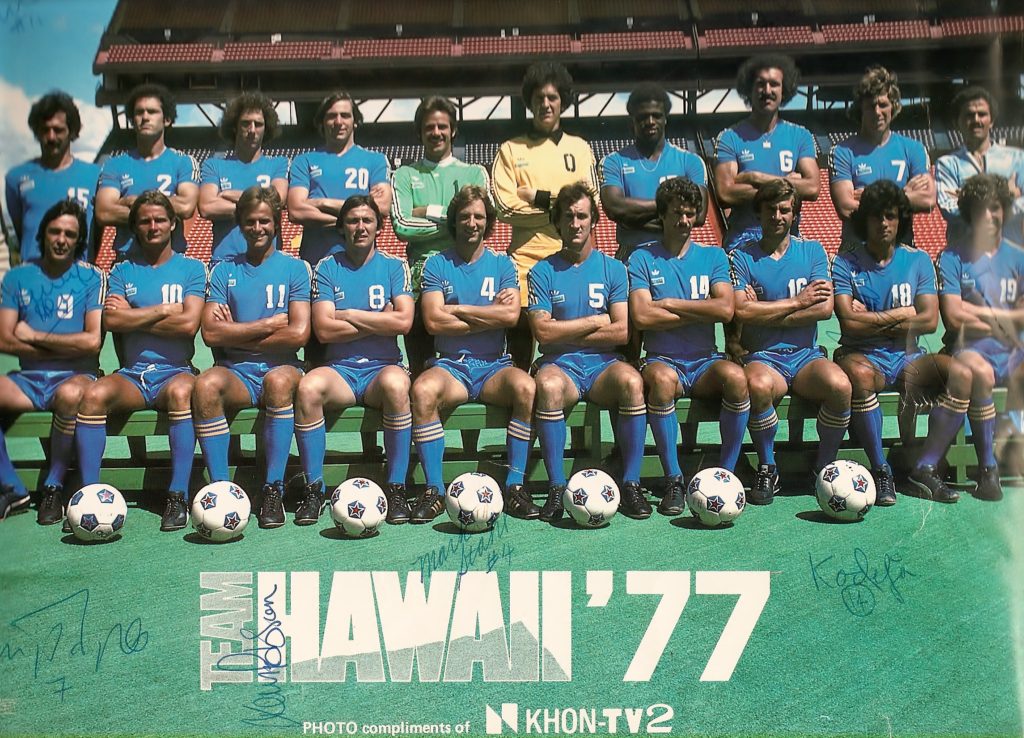 The team played 26 games, winning just 11 of them and finishing fourth in Pacific Conference Southern Division, failing to make the playoffs and playing in front of an average attendance of 4,536 at the cavernous Aloha Stadium, home to this week’s Pacific Rim Cup matches.

When you consider that they had 12,877 fans in attendance for the visit of a New York Cosmos side that included Pele in their second ever match, you can imagine what some of the other games drew. Their lowest crowd of the season was for their 4-1 victory over Rochester Lancers on June 8th, where only 1,896 came to watch. They drew a combined total of 58.967 fans for their 13 home matches, in a stadium that holds 50,000.

Team Hawaii’s existence was a strange one. They began life two years earlier as San Antonio Thunder, but after two poor seasons both on and off the pitch, the team moved from Texas to Honolulu. After failing there, owner Ward Lay Jr (son of the founder of Frito-Lay) upped sticks once again, moving the team to Oklahoma, where they became the much better known and more successful 1983 Soccer Bowl winning Tulsa Roughnecks.

Maybe all that team movement is what inspired Anthony Precourt to take the Crew there this preseason.

The Whitecaps played Team Hawaii twice. Away at Aloha Stadium on Friday April 29th, and then at home at Empire Stadium on Monday July 11th. Now, almost 41 years later, the ‘Caps are back playing football matches on the island and in the same stadium, all of which must give some flashbacks for Whitecaps President Bobby Lenarduzzi.

Lenarduzzi, and his brother Sam, played in both of the matches against Team Hawaii in 1977 and Bobby remembers the game well, or at least the trip, telling Ian Plenderleith in his excellent “Rock ‘n’ Roll Soccer” book, “the game in Hawaii was almost a side-affair compared with the idea of taking a trip out there”.

The away match was Vancouver’s fourth game of the new NASL season and 4,124 fans went along to Aloha Stadium to see the home side come away with a 2-1 victory. Yugoslavian midfielder Marko Vujkovic got Vancouver’s goal, with Brian Tinnion and Jim Henry earning the points for Hawaii.

The Whitecaps got revenge at Empire Stadium three months later, as goals from Derek Possee, Brian Bason. Buzz Parsons, and Bob Bolitho gave Vancouver a 4-3 victory in front of 12,473 fans.

When Team Hawaii departed the island almost as quickly as they arrived, it was 17 years before another pro team tried to make a go of it in Honolulu. That team was the rather dodgy named Hawaii Tsunami, who spent four seasons from 1994 to 1997 in the United States International Soccer League (USISL), who became the USL we know today in 1999.

But the past 20 years has seen nothing since. There are currently no professional football teams in Hawaii, but there is a thriving youth set up across the islands. A three division amateur league, the Men’s Island Soccer Organization, does operate on the island of Oahu, with just under 30 teams competing.

The chances of seeing another league team in Hawaii are slim to say the very least. Travel costs would be crippling for any such club, as fantastic a road trip would be for visiting fans.

For now, competitions like the Pacific Rim Cup allow Hawaiian fans to take in some higher level football action and may inspire the next generation of locals to make a go of it in the game in the footsteps of fellow islanders such as Brian Ching, Bobby Wood, Zach Scott, and Andrew Dykstra.

It’s nice that the ‘Caps are part of it, and 41 years later, it may be a different incarnation, but a Vancouver Whitecaps team will once again take to the pitch at Aloha Stadium.