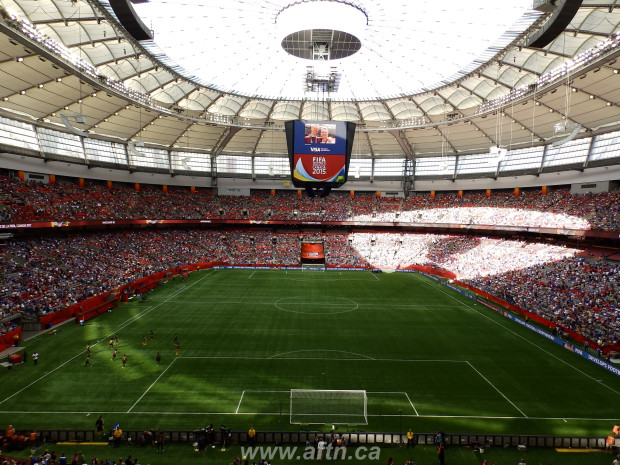 As with the Winter Olympics back in 2010, the sporting world has come to Vancouver again for the Women’s World Cup and the city has slowly, and organically, come abuzz.

We’d previously decried the lack of promotion and buzz that we’d felt and heard in and around the city when the World Cup Trophy Tour came to Burnaby last month, amid little fanfare, and the day we went, little fan interest.

I appreciate not everyone gets as excited about silverware, well goldware in this case, as much as we do. That is probably a good thing. But now that the tournament is upon us, Vancouver does seem to be alight with a genuine excitement and interest.

Having the US hordes here on Tuesday, and days of pre-match build up, and with Canada coming on Sunday, obviously helps.

Prior to that, Group C wasn’t the most exciting group on paper to get fans’ juices flowing. The games turned out to be entertaining or high scoring affairs though and that also helped get a buzz generated.

Now some will argue that it was a great group. It contained the World champions after all in Japan. But realistically, how many of the target audience really knew or cared about that fact?

The first round of Vancouver’s group games wrapped up on Tuesday evening as the US narrowly saw off Nigeria 1-0 to top Group D and send the Africans crashing out of the tournament.

A vociferous crowd of 52,123 packed into BC Place, the largest crowd for a football match since the renovations at the stadium, and one which the ‘Caps will dream could one day be a regular occurrence for MLS matches. A long term dream admittedly, as we’re still a very long away from a Seattle-style attendance here. One day!

The Vancouver crowds have been good in general for the tournament so far. 25,942 for a Monday afternoon/evening double header that kicked off at 4pm was sneered upon by some out east, but was excellent as far as we’re concerned. Friday’s Group C double header brought out even more, 31,441, making a combined total of 109,506 for the three first round gamedays in Vancouver.

Considering who was playing, that’s been great and above my expectations. As have the matches themselves. Five games, 22 goals, some of them crackers, penalties galore. Not bad going.

Sure there’s been a couple of blowouts against Ecuador, but goalfests can be entertaining too if the goals are good, which they were. Plus we got to see the excellent and entertaining dark horse, or should that be lionesses, of the tournament, Cameroon.

We’ve seen some of the world’s best female players so far. Japan legend Homare Sawa delighted her supporters and long time fans of the women’s game. Switzerland’s Ramona Bachmann, put in a great performance and could still be a star of the tournament. You feel here future in the women’s game is wherever she wants it to be moving forward. Then there were the US girls, some of whom we’ll grudgingly acknowledge are amongst the world’s elite.

Cameroon were a delight and their coach Enow Ngachu a real character. In Gabrielle Aboudi Onguene and Gaelle Enganamouit they have two players that could find themselves offered some lucrative deals once the tournament is over. Keeping with the African teams, I liked Nigeria centre back Onome Ebi as well. Solid, tough tackling and held off most of the US attacks.

The fans we’ve spoken to have all pretty much enjoyed themselves. There’s been a couple of reports of some security buzzkill at the first Japan match, but on the whole a good time has been had by all. Well maybe not Ecuador supporters.

The tournament already feels like it’s been going on forever, and there’s still four matches to be played in Vancouver – two 2nd round match-ups, a quarter-final and, of course, the final itself.

The Final has already sold out and Canada’s 2nd round match-up this weekend against Switzerland will bring in the crowds and should be a cracker. If that doesn’t sell-out but the US game does, then there’s something wrong with the general Vancouver fanbase.

It could also very realistically signal the end of Canada’s run at the tournament if we see the Swiss side of the qualifying campaign and the shooting boots from their slaughter of Ecuador.

If Canada do advance, that should mean another full house at BC Place for their quarter-final game on June 27th. That seems a long way away right now mind you.

Outside of the matchday experience at the stadium, the Fan Zone has proved to be a success, especially when the US games have been playing. There’s been a couple of thousand fans watching games, with daily combined highs of up to 8000 in attendance.

The custom built Fox Sports set has also been a talking point and a place fans have congregated.

So all in all, so far so good. It’s hard to see the buzz dying down, but if Canada and then the US crash out early, that may not still be the case. We’ll have to see.

For now, we can say the tournament has been a success. It’s set to break the record for most tickets sold for a Women’s World Cup and Vancouver has certainly played its part in it all.

We’ll leave you with some fan photos from the five first round games played at BC Place so far and a couple from the Fan Zone. And the excitement’s really only just begun. Now the real tournament starts. 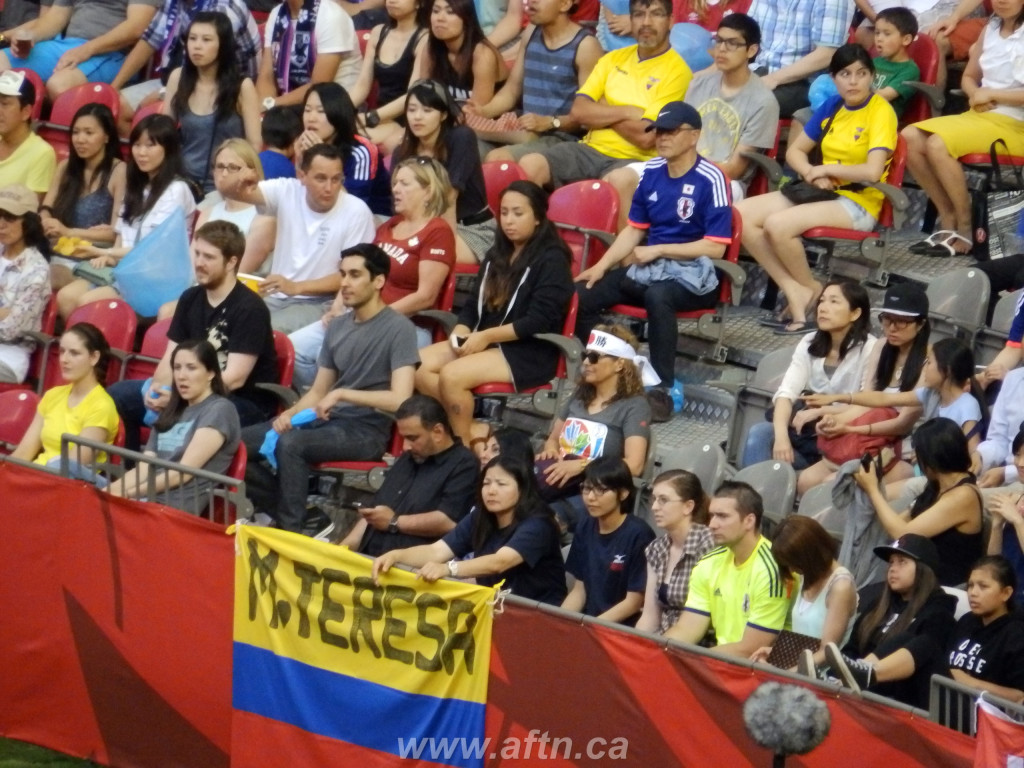 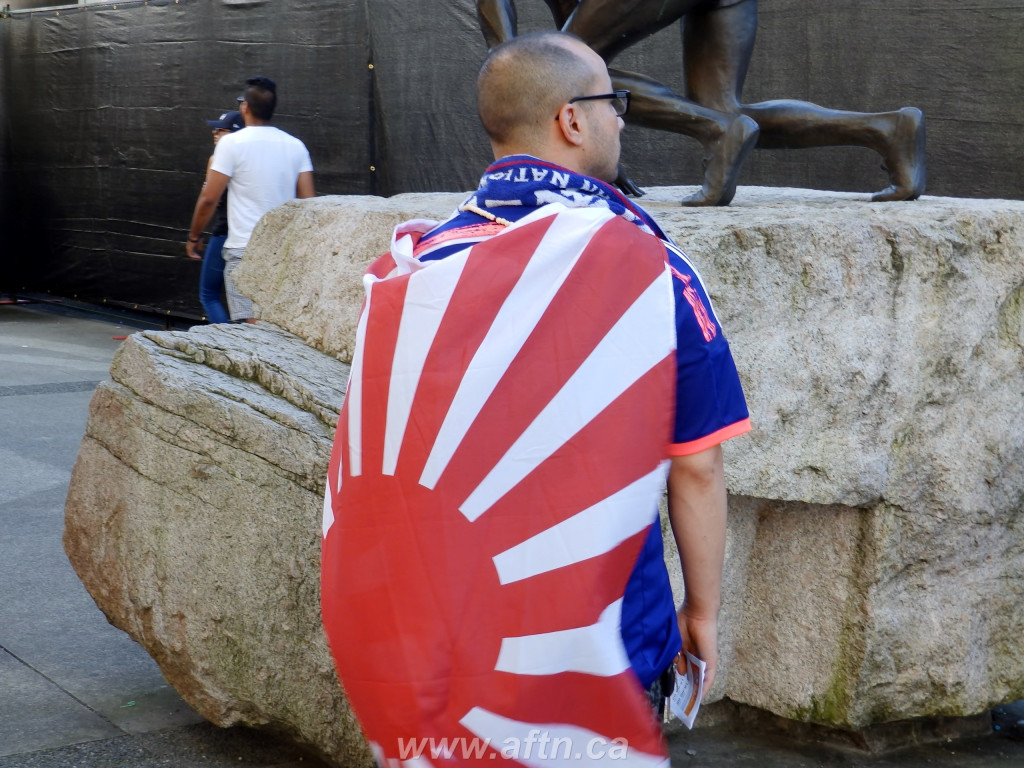 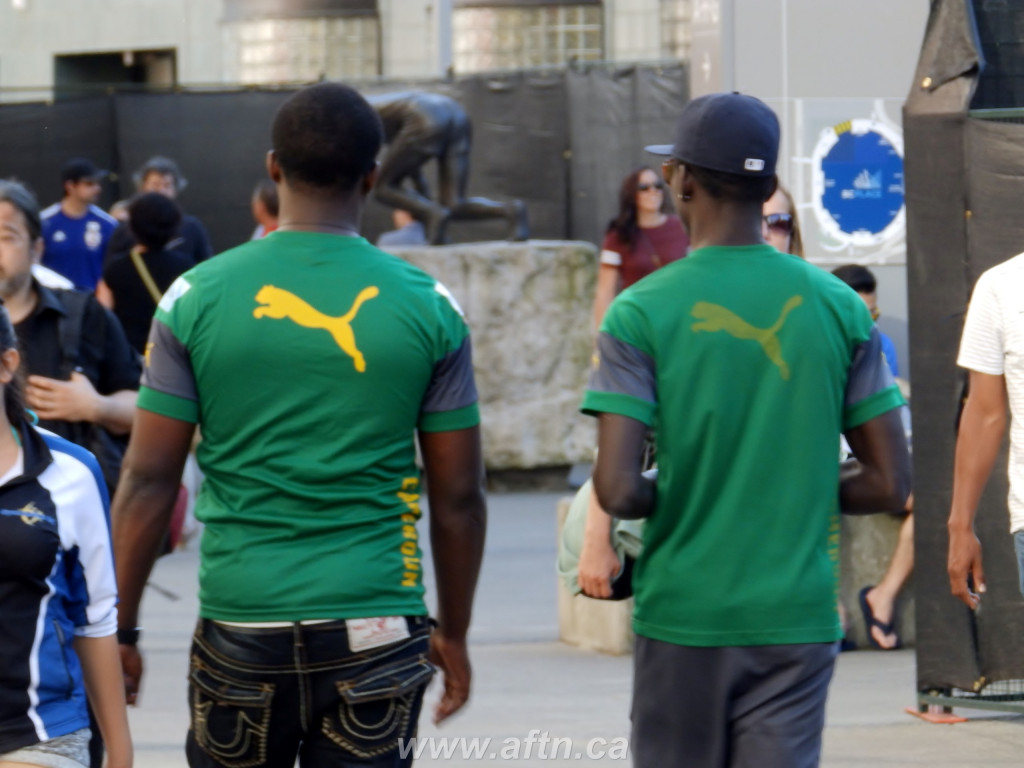 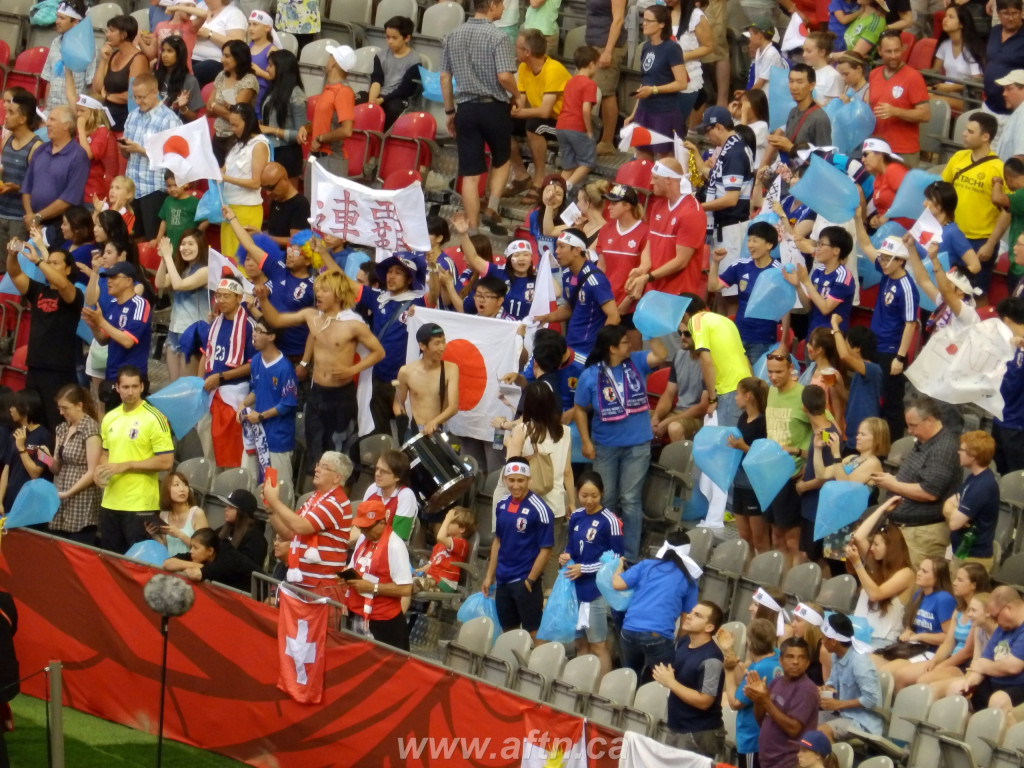 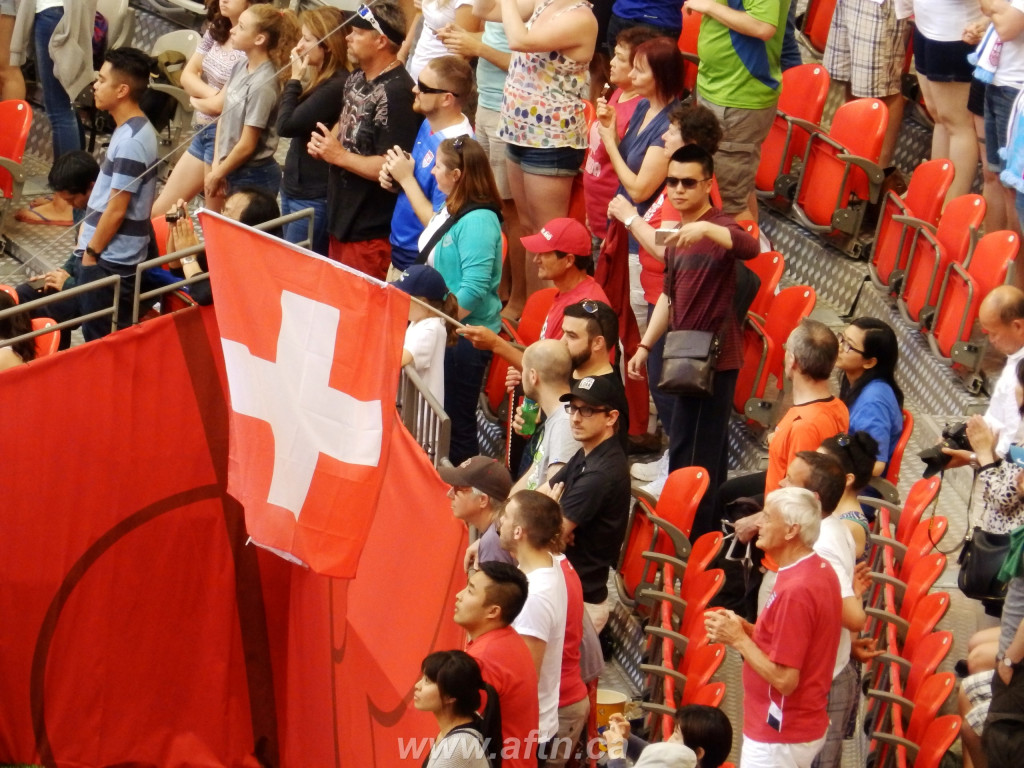 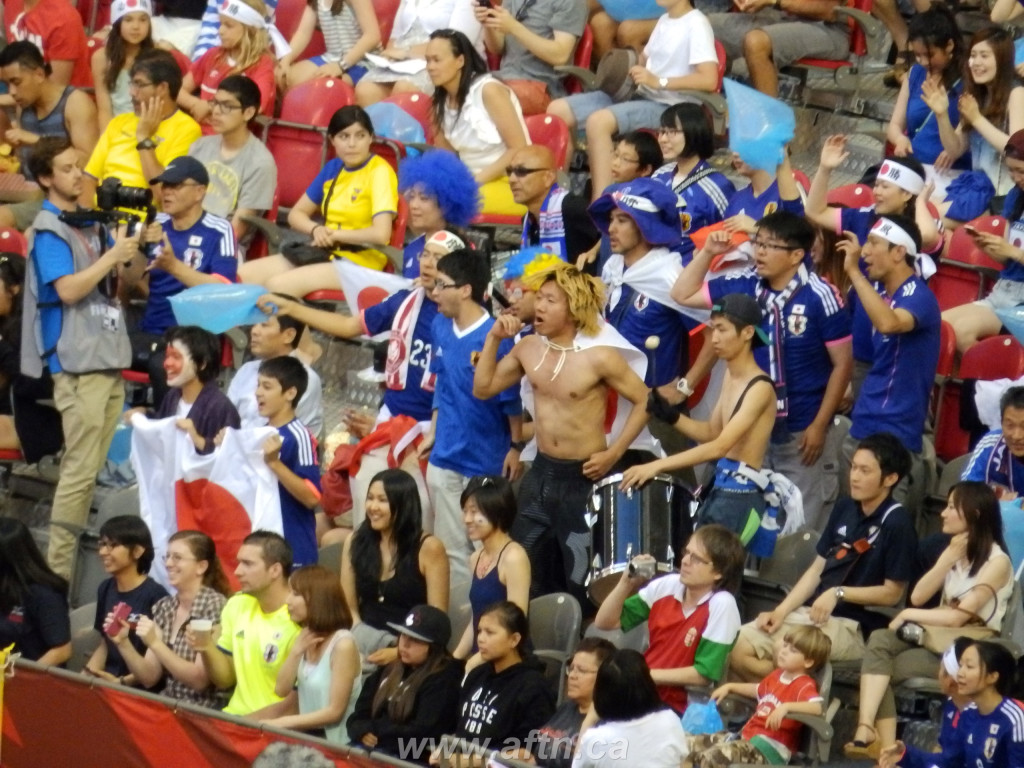 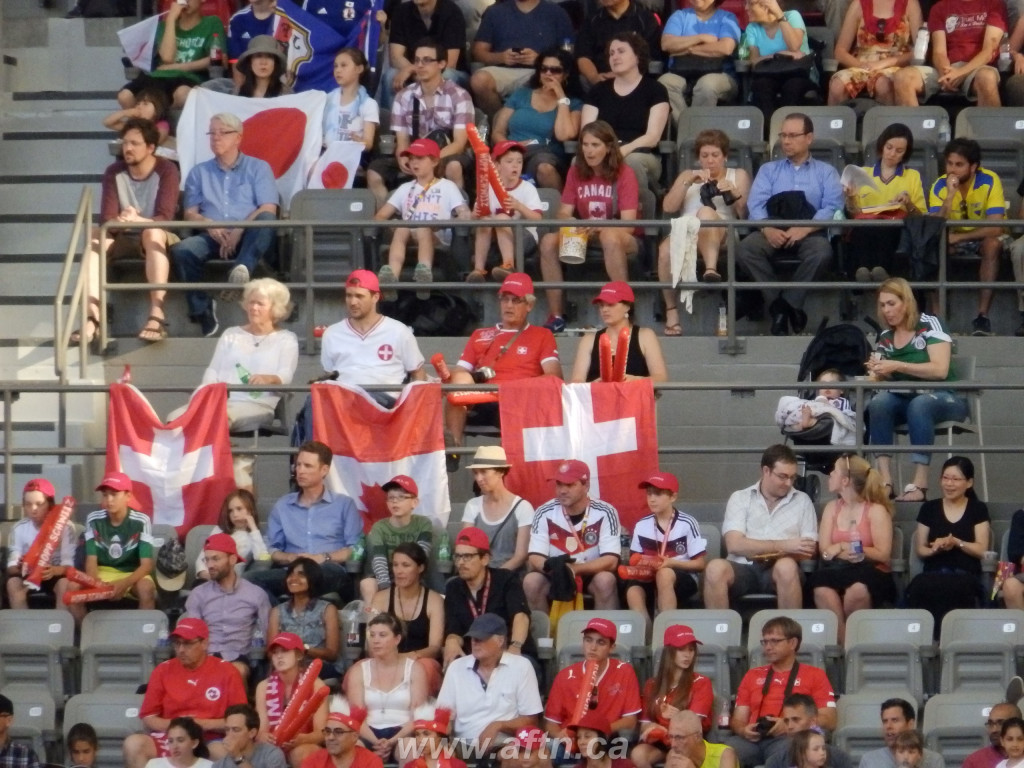 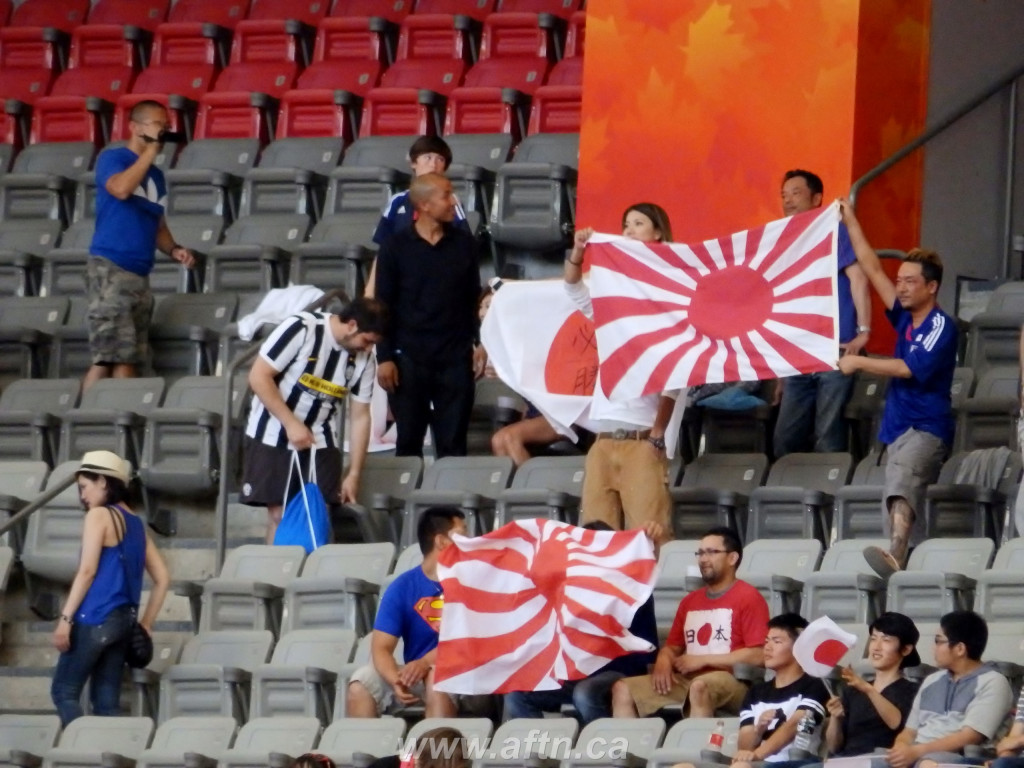 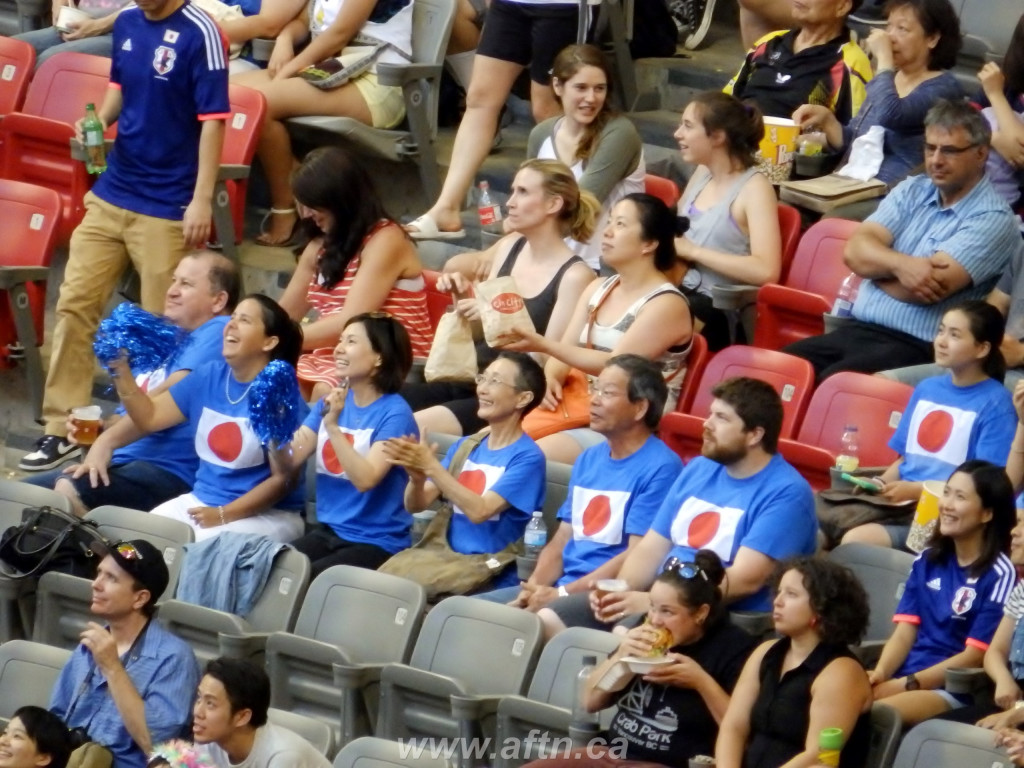 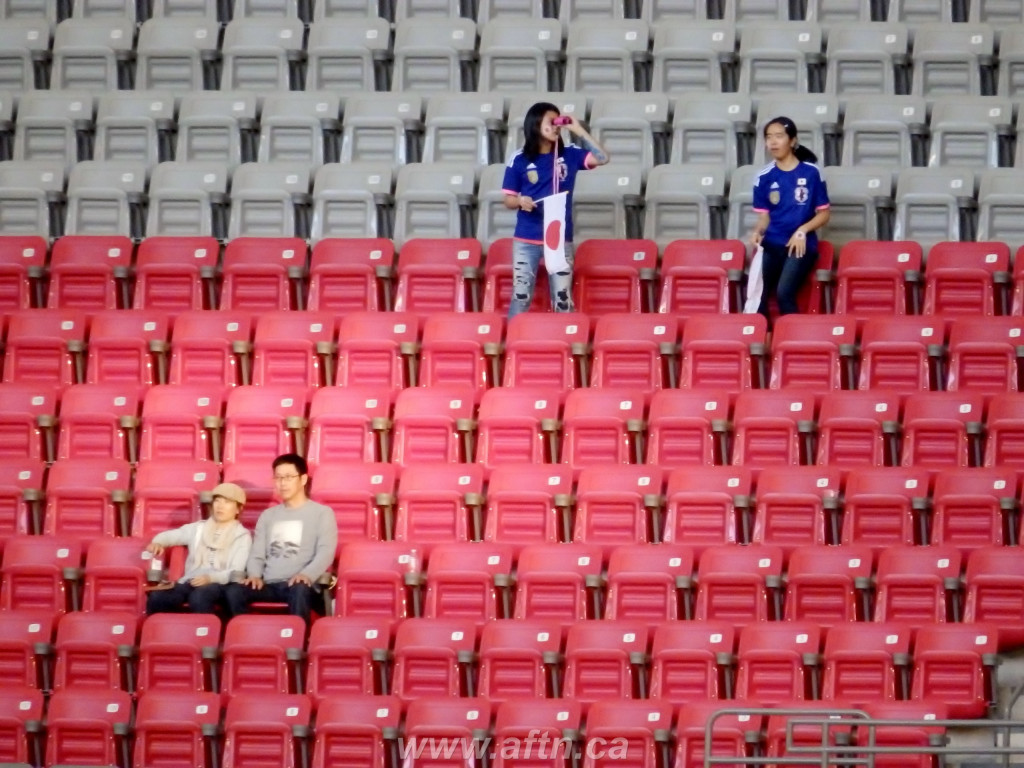 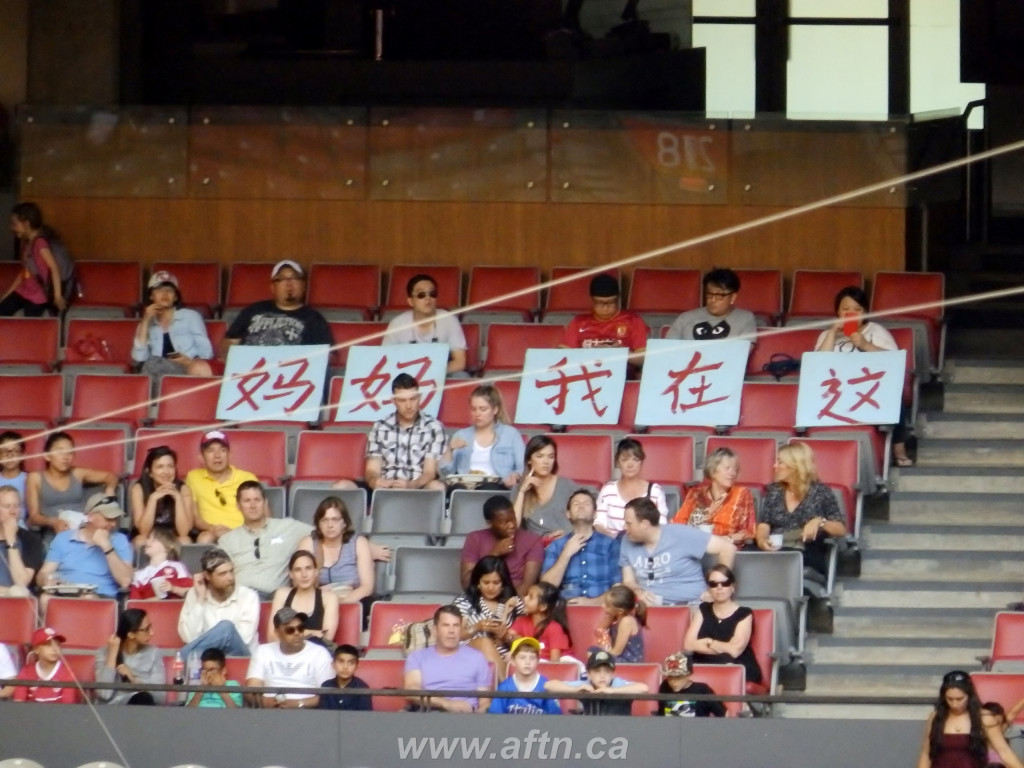 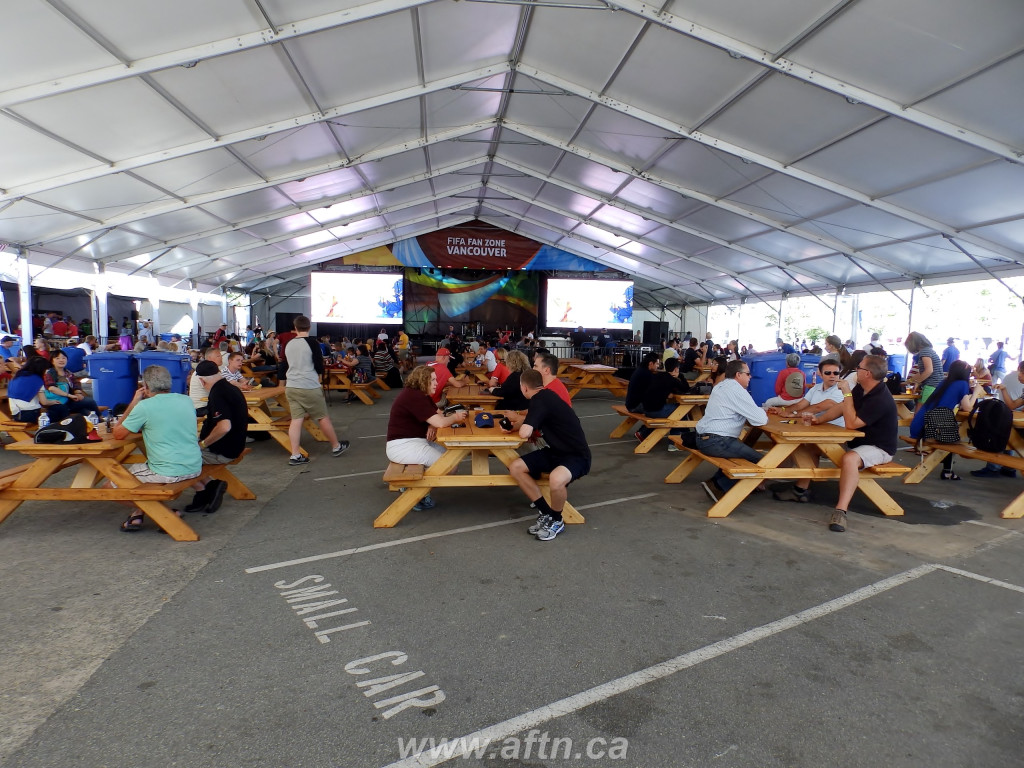 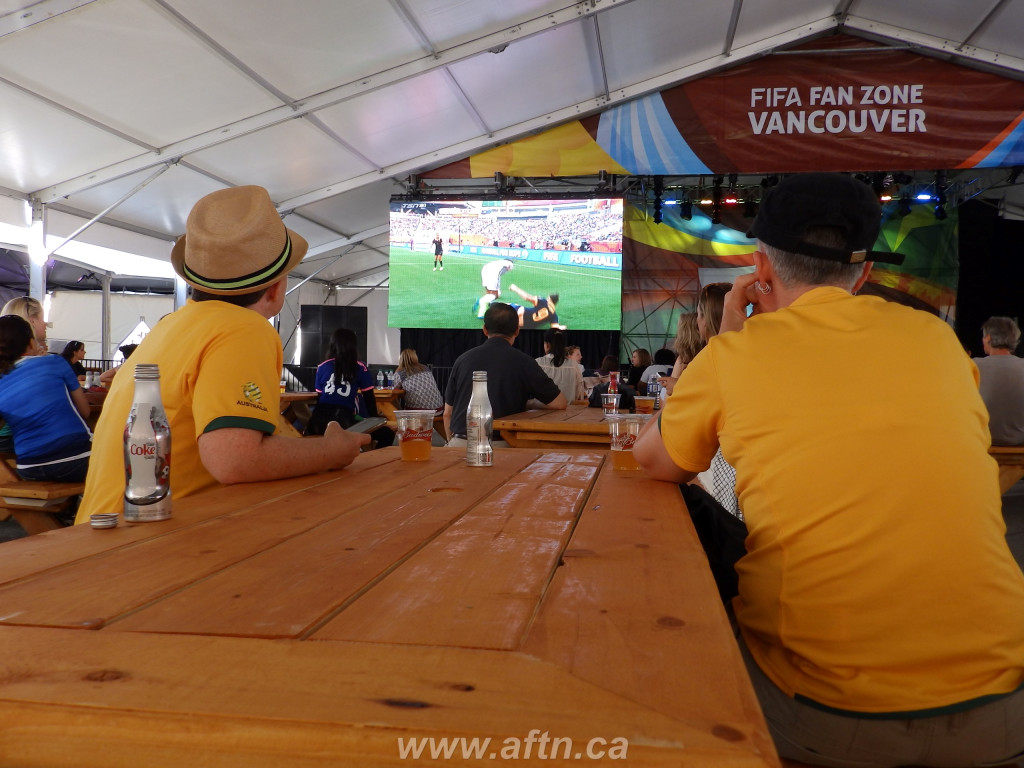 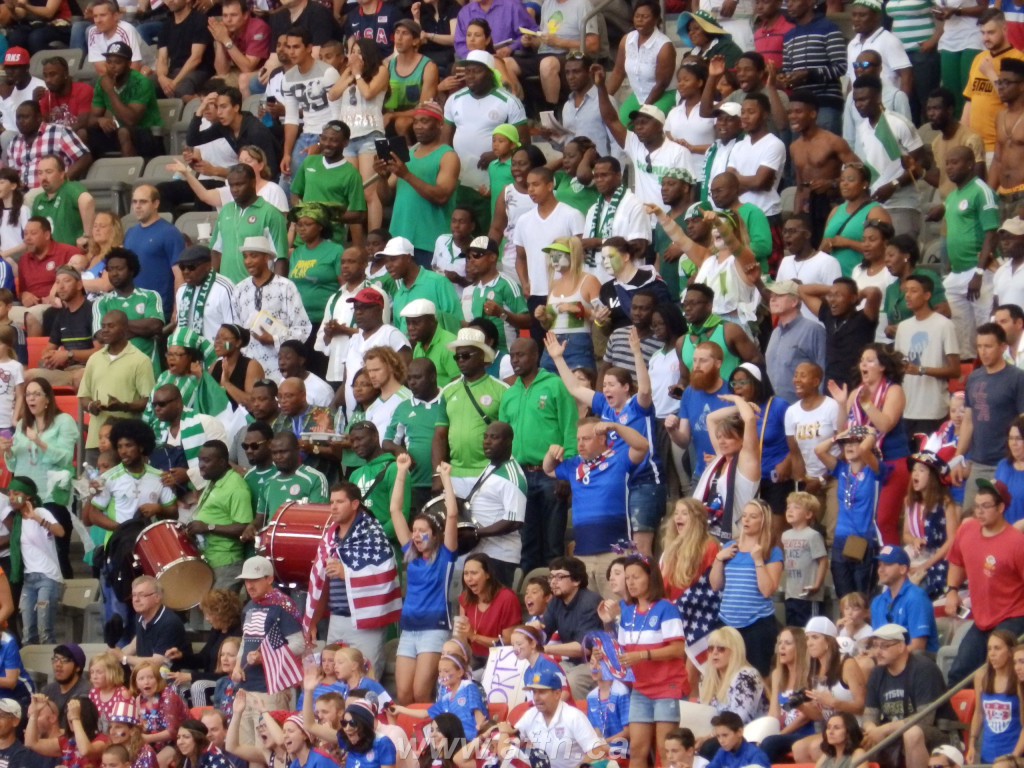 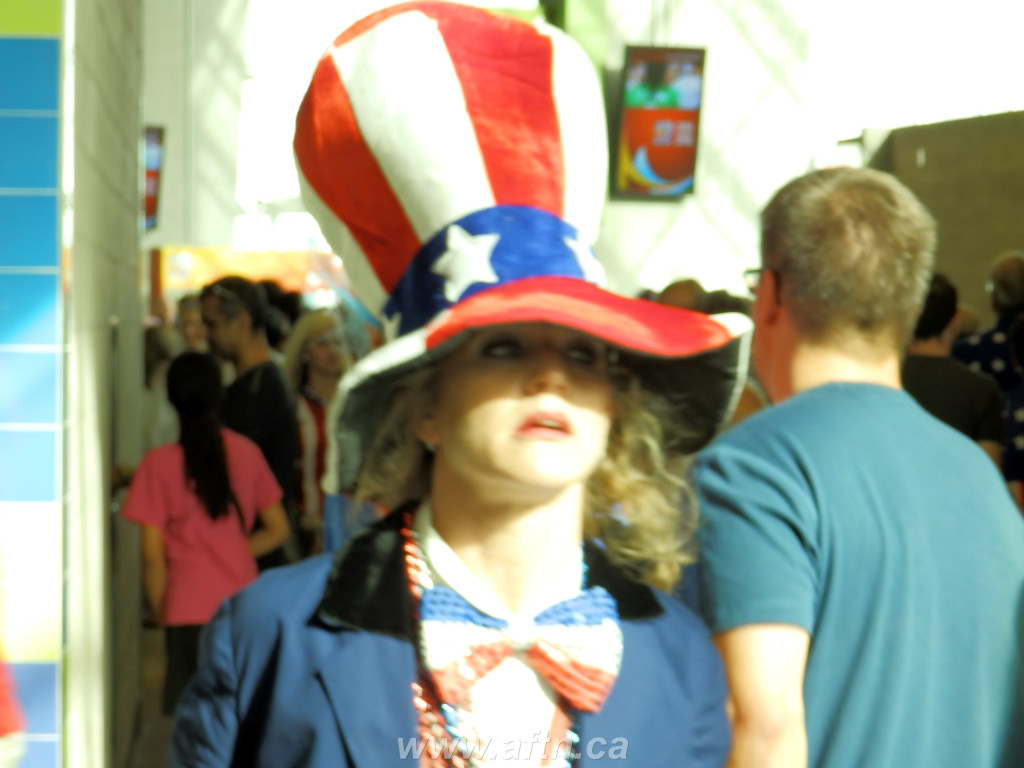 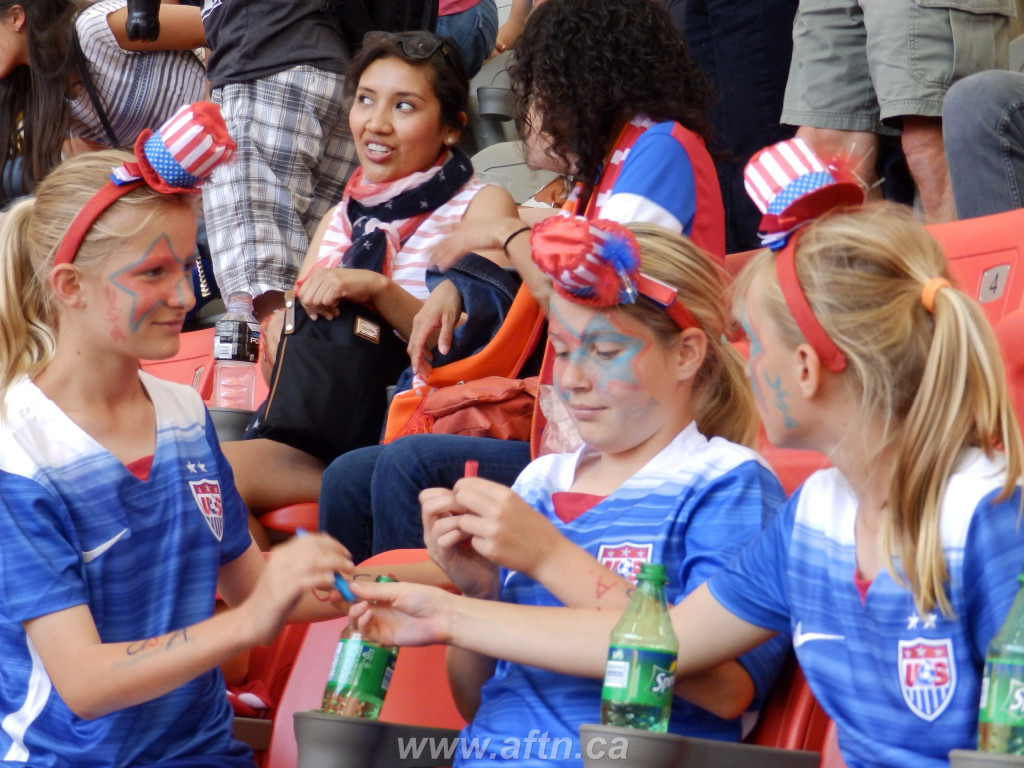 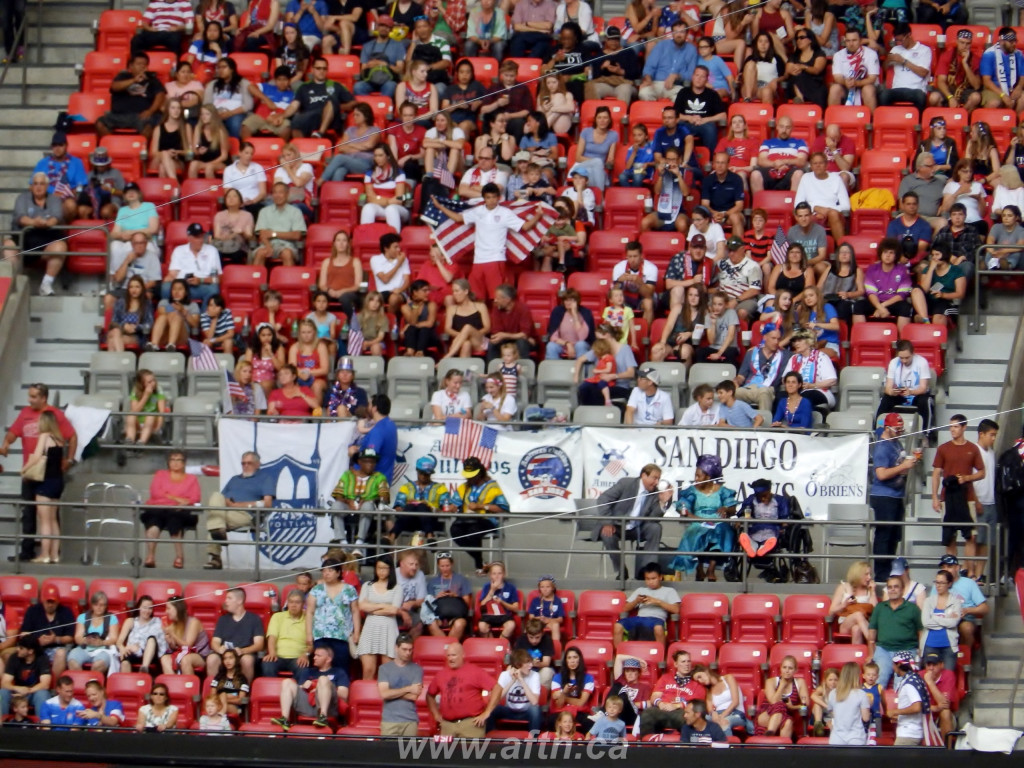 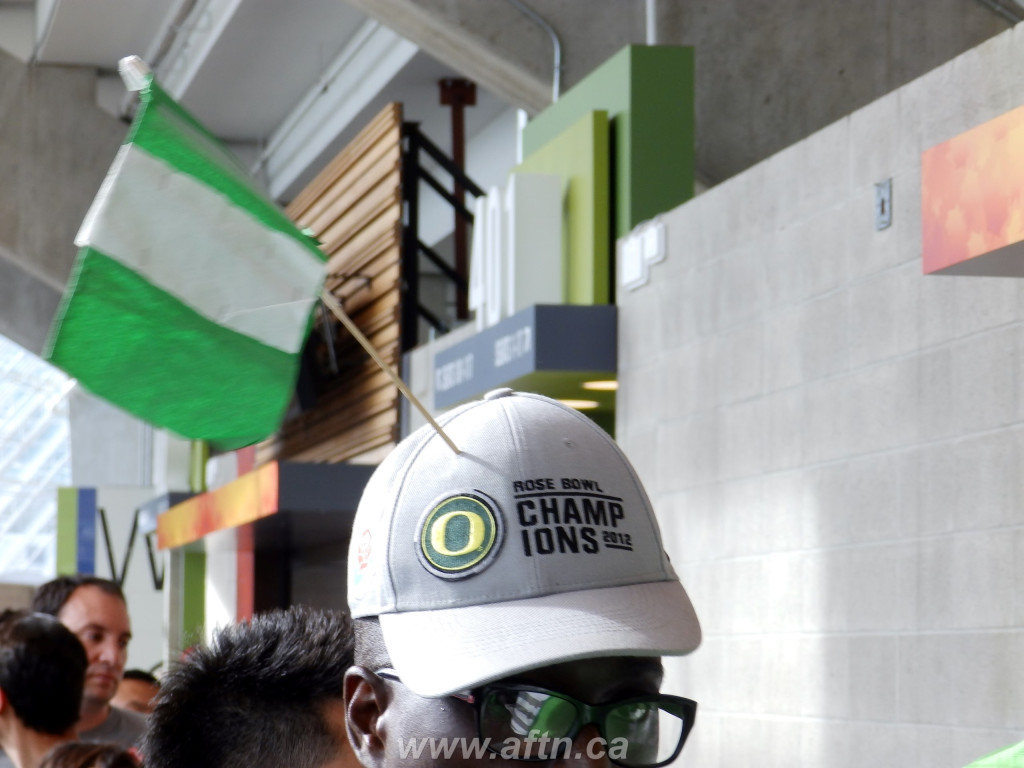 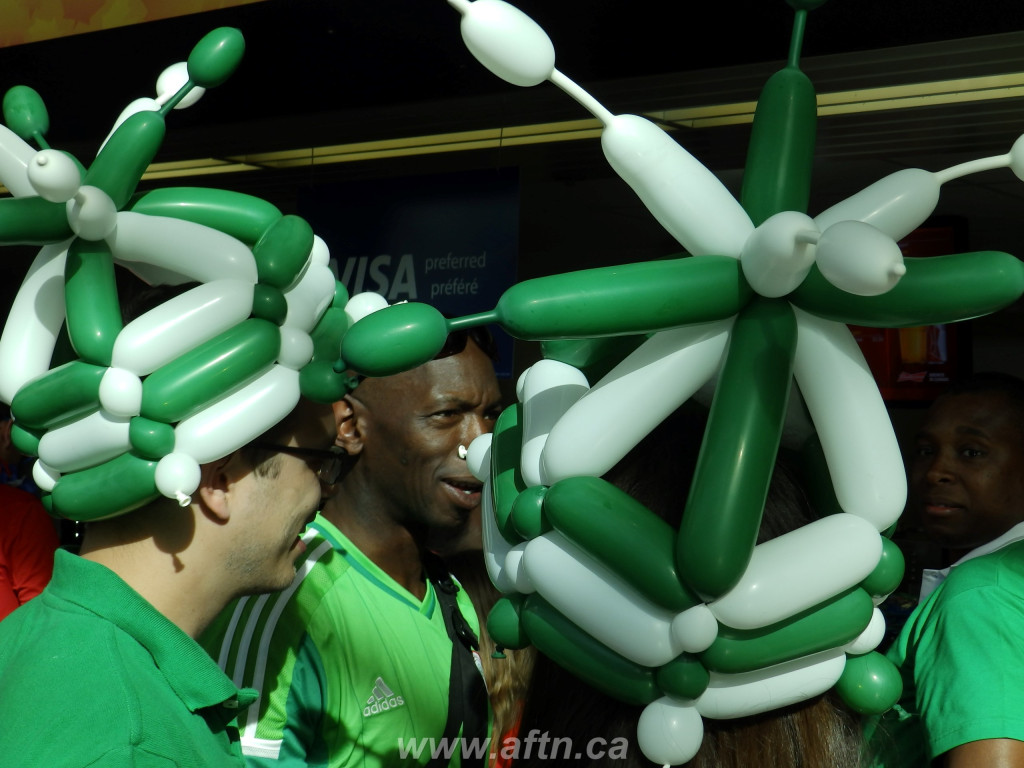 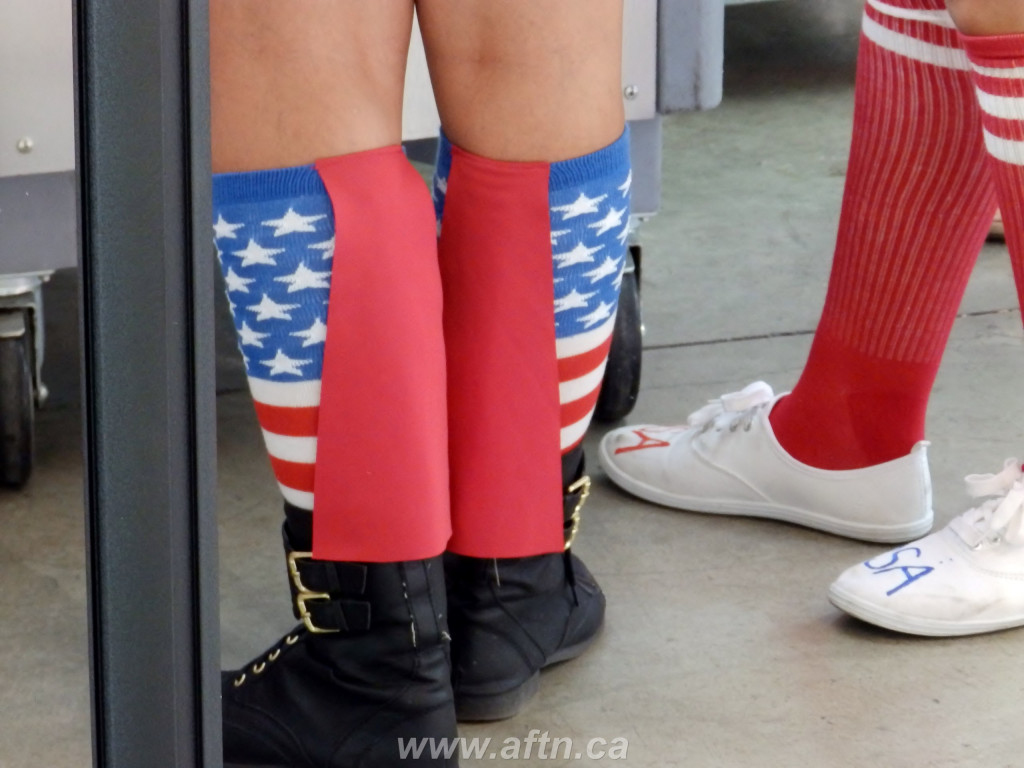 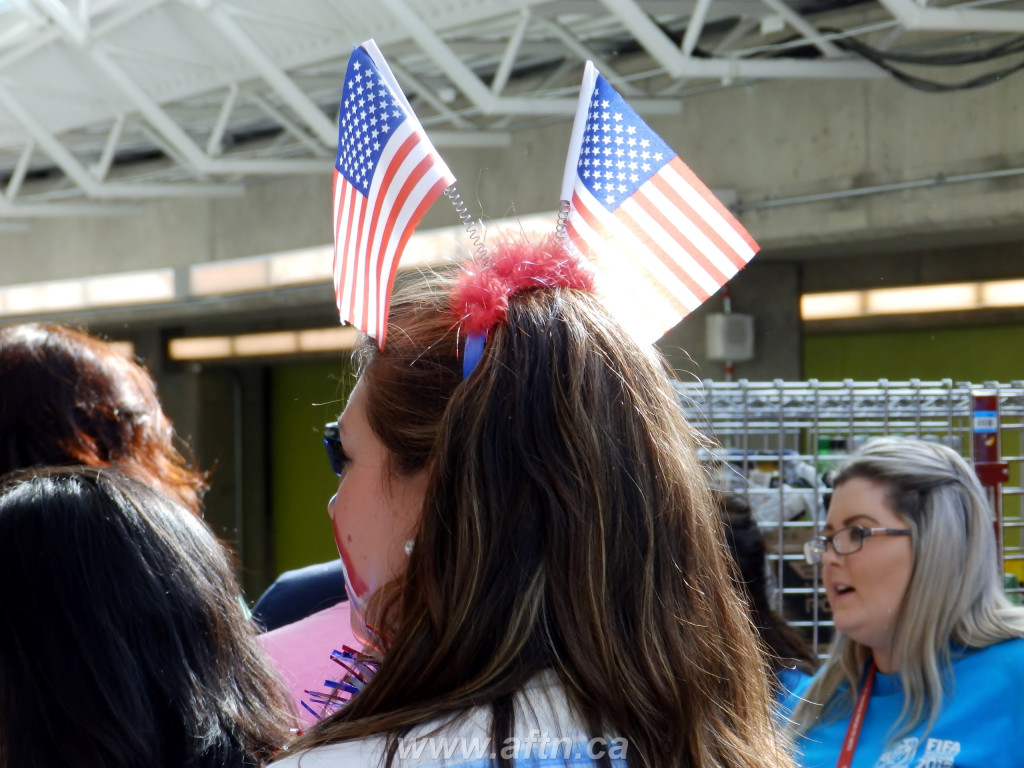 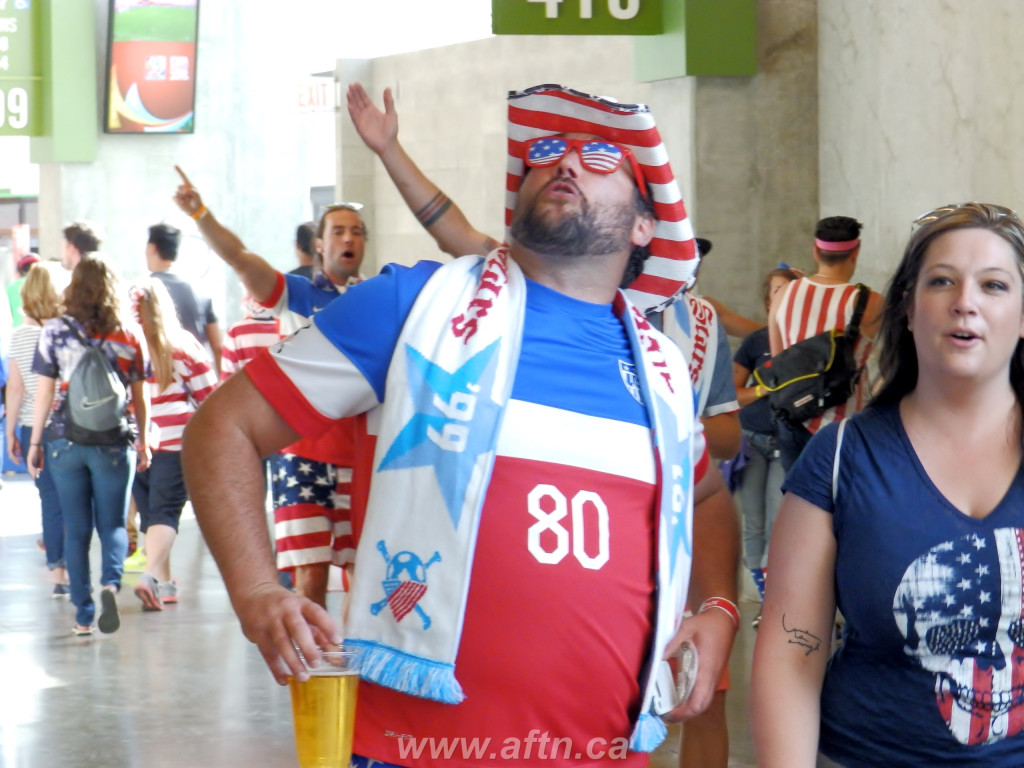