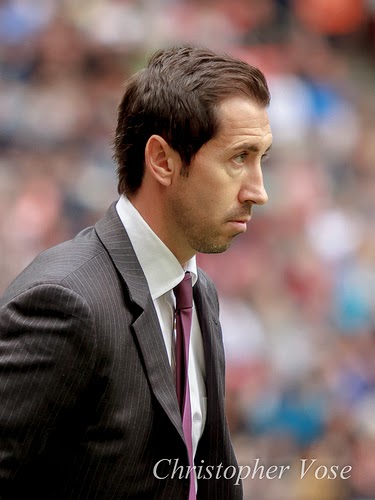 Any meaning to Vancouver Whitecaps’ 2013 MLS season was finally extinguished on Saturday with a 3-2 defeat in Colorado.
A first half goal from Kekuta Manneh and a second half penalty from Camilo Sanvezzo weren’t enough to keep the Caps’ playoff hopes alive with a Gabriel Torres double and another goal from Deshorn Brown dealing the killer blow to Vancouver.
The Whitecaps have been pretty much in playoff mode for a few weeks now and they went with an unchanged line up from the team that dismantled Seattle ten days ago.
Both teams enjoyed some early possession without really threatening too much and the Caps had their best chance of the game so far in the 14th minute when Kekuta Manneh easily ran through Chris Klute and Shane O’Neill but shot wide left.
Rapids rookie Deshorn Brown’s youthful exuberance saw him blast a horribly weak clearance attempt by Jordan Harvey wildly over from the edge of the box in the 21st minute. Moments later, Brown got on the end of a long ball and left YP Lee looking his age behind him but he pulled his shot wide right.
Colorado were looking the better team, with Brown looking dangerous pretty much every time he got the ball. It was the Whitecaps that took the lead though in the 32nd minute and it came from nothing.
Daigo Kobayashi played the ball forward to Manneh who took a touch, turned and fired a screamer into the postage stamp corner to continue his goalscoring heroics.
The Rapids had an opportunity to hit back right away but Nathan Sturgis hit his effort over.
Colorado did get back on level terms three minutes before the break when Carlyle Mitchell had his arm on Drew Moor as a free kick came into the box. The veteran defender played it well and the referee pointed to the spot.
David Ousted guessed the right way but Gabriel Torres buried his spot kick and the teams went in at the half level, with all still to play for.
It was shaping up to be a nervy half for those of a Whitecaps persuasion but that nervousness soon turned to anxiety.
Manneh had two bites at a corner four minutes in, blasting his second effort over and Colorado took the lead from the resultant goal kick.
Clint Irwin hit a deep kick into the Caps half and Mitchell completely misjudged his jump allowing the ball to run on to Brown. It was then a footrace between Brown and Lee and there was only going to be one winner and the young striker gave Colorado a 2-1 lead.
Vancouver came agonisingly close to get back on level terms when Camilo dummied a Kobayashi pass and the ball fell perfectly for Matt Watson on the edge of the box. The Englishman did everything right but could only look on as his shot went inches past the wrong side of the left post.
Colorado were still looking quick and lively on the break and Sanchez had a shot deflected for a corner in the 68th minute.
It was starting to look like lights out for Vancouverwhen again they got on the scoresheet from nothing in the 75th minute.
Jordan Harvey got the ball, ran into the box and was chopped down by O’Neill. Camilo stepped up and coolly drilled home the equaliser from the spot.
The parity lasted two minutes with Coloradoquickly restoring their lead.
Torres got the ball on the corner of the box, showed great control, cut inside and curled a beauty into the top left corner.
Vancouver were down and they were soon out, unable to muster any chances to revive their playoff hopes.
The four minutes of stoppage time ticked by uneventfully and the final whistle sounded on both this game and any meaning to the Whitecaps season.
It was a disappointing way to bow out of playoff contention and with Montreal winning against Philadelphia, Vancouver can only finish second in the Voyageurs Cup seeding race now as well.
This should mean that Vancouver give some of their fringe and younger players a run out against Colorado at BC Place next Sunday.
Anything else cannot be deemed acceptable. But then, there’s been a lot of that on the pitch this season.
FINAL SCORE: Colorado Rapids 3 – 2 Vancouver Whitecaps
ATT: 18,103
COLORADO: Clint Irwin; Marvell Wynne, Drew Moor, Shane O’Neill, Chris Klute; Hendry Thomas, Nick LaBrocca, Nathan Sturgis; Deshorn Brown (German Mera 83), Gabriel Torres, Vicente Sanchez (Martin Rivero 79) [Subs Not Used: Matt Pickens, Anthony Wallace, Edson Buddle, Atiba Harris, Jaime Castrillon]
VANCOUVER: David Ousted; Young-Pyo Lee, Carlyle Mitchell, Jay DeMerit, Jordan Harvey; Jun Marques Davidson (Kenny Miller 84), Matt Watson (Russell Teibert 61), Nigel Reo-Coker, Daigo Kobayashi (Darren Mattocks 67); Kekuta Manneh, Camilo Sanvezzo  [Subs Not Used: Brad Knighton, Johnny Leveron, Gershon Koffie, Erik Hurtado]
Tags: Colorado Rapids, major league soccer, match report, MLS, playoffs, Vancouver Whitecaps