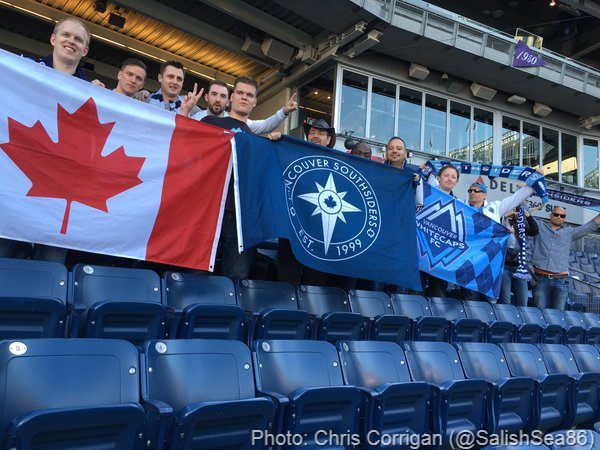 Buried deep in the basement of a sports bar, right across the street from the Empire State Building in New York, is The Football Factory. It is a dark room, small and, on last Saturday morning, packed with a crowd of Newcastle supporters standing side by side with a small group of Crystal Palace fans and one Sunderland fan moping at the bar.

It was a cozy atmosphere and the publican Jack Keane was doing well keeping everyone supplied with Rebel IPA and rashers and eggs.

A small group of ‘Caps supporters began to gather there around noon, splitting our attention between the Norwich-Arsenal match and the San Lorenzo game from Argentina. San Lorenzo is a team beloved of one of our local New York contacts, a Red Bulls/Metro supporter who joined us in the away section to boo NYCFC and taught us a great song about his upstart rivals:

That we could stand together in The Football Factory among and between rival fans from clubs around the world, admiring the incredible collection of scarves and signed shirts in the middle of the most cosmopolitan city in the United States, speaks to the nature of supporter culture in North America. At heart, and outside of the fiercest rivalries, it’s pretty friendly.

Football is not an A-list sport on this continent and the allegiances to individual teams pale a little when you are but a small knot of supporters in a culture that doesn’t consider you more than a passing curiosity. Even New Yorkers used to seeing everything, do a little double take when a group of Canadians start singing “Here we go, here we go here we go..” when the subway pulls away from Penn Station heading north to The Bronx. Soon enough though they tire of the novelty and just threaten to stab you if you keeping making noise while they are trying to talk on the phone.

Of course it’s different during intense rivalries, as it will be this week when Portland comes to town. But it might surprise many that the hardy band of travellers from the Kansas City supporter groups South Stand SC and The Cauldron joined us at Doolins last week for pints before the match. And likewise, after our loss at Yankee Stadium, The Third Rail welcomed us to their bar for post game drinks and banter.

We talked about our respective cities, traded a few scarves, and mused about the culture of what we were doing. This is not at all unusual among MLS supporters, and in general the smaller your group and the further you travel, the warmer the welcome you will get. 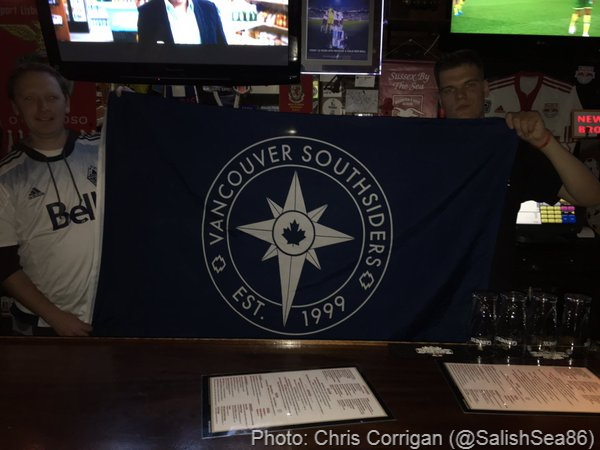 On a global scale an outbreak of this phenomenon of inter-supporter empathy blossomed into view when news came down that the 96 killed at Hillsborough were finally given their justice.

In BC Place, the Vancouver Casuals hung a banner, joining with groups around the world who expressed their support for the Liverpool supporters who finally received their due. Moments like this are an astonishing feature of global football, and I can’t think of another sport where the fans share this kind of bond even beyond the parochial tribalism of tasteless chants and contained vitriol.

In Jack Keane’s basement bar in Manhattan, you see this little cosmos at play, and Jack is the consummate host of the proceedings. He knows what it means for exiles to have a place to watch and sing together, standing as if at St. James Park or Carrow Road. He also knows that it is, with a few small exceptions, perfectly natural that so far from home, fans would seek togetherness over football even amongst their rivals. He makes a fair living off of the tears of joy and sorrow from the pints bought for others in sympathy or tribute.

Supporter culture matters, but perhaps not for the reasons one easily imagines, and not only because it binds you to a team and to your community. It binds you across boundaries too, sharing a Saturday oasis with the rest of the world who park their troubles and concerns and lose themselves in the passion of the moment.

Once in a while, you see that glint in the eye of a fellow supporter and feel like you’re part of something bigger. A conversation opens, a connection is made, the world shrinks.