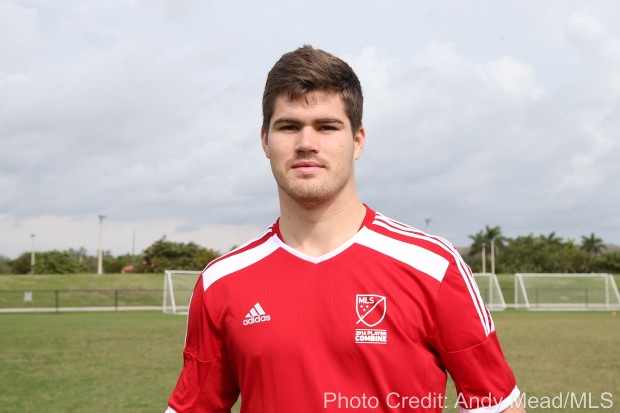 When you think of Princeton University, you think Ivy League, green vines, a top education and one of the most recognised college names in the world. What doesn’t initially spring to mind is their men’s soccer team.

But the Tigers are one of the oldest football teams in North America, with their first recorded match taking place in1869. Incredible to think really, but for a keen historian of the game like myself, fascinating stuff to look into.

Princeton have won seven (pre NCAA) national titles between 1911 and 1958 and can claim Bob Bradley amongst their former coaches. Current New York Red Bulls boss Jesse Marsch is an alumni, as is Montreal Impact’s Cameron Porter.

Heading into Thursday’s MLS SuperDraft, they had provided nine previous picks, five of them in the last four drafts, with Porter going last year, as their soccer program enjoys a bit of a resurgence.

So with all that said, just what has it been like to play his college soccer at such a prestigious educational establishment like Princeton.

“I’ve loved every second that I’ve been at Princeton,” Sanner told AFTN when we spoke with him after the draft. “You get exposure to people from all over the world, all different kind of experiences, and being able to play soccer at a school like this, where it is high level soccer, but being able to pair it with the academics is just a once in a lifetime opportunity.”

Sanner wasn’t able to be at the draft, so missed out on all the fun there in person, but he did watch the long day play out on a computer screen, even though he actually missed the big announcement, although with very good reason.

“I’m at school right now,” Sanner told us. “We’re in finals period actually from the first semester. We kind of have a weird schedule. But I was in a big room, with a bunch of friends, school friends, and a bunch of guys on my soccer team.

Last year’s draftee Porter was back at his old haunt for the occasion and captured some video of the post selection fun!

Like most college kids balancing a soccer and academic life is a tough act at times. Even more so you have to imagine, at an Ivy League school, where Sanner was studying Politics with a concentration on international relations. And as much as Sanner has enjoyed his time there, he can’t wait to now turn his full attention to the soccer side.

“I will say that in terms of my soccer career, and what I’m looking forward to moving forward, is being able to 100% focus on soccer, because I think that when I am able to give 100% to my soccer career I can really improve rapidly.

“I’ve definitely improved at Princeton but in college soccer, just in general, it’s three months of the year and then you kind of have to take it easy because of all the rules and regulations. It’s definitely been a fun four years but excited for the next chapter.”

The education side, weird semester and work experience all ate into Sanner’s summers, so while many NCAA players spend a few months playing PDL, he wasn’t able to, although he did keep himself busy footballwise.

“I’ve played on teams in the summer, not PDL,” Sanner explains. “Last summer I had an internship out in San Francisco and I played on San Francisco FC, which was a U23 team. They had a team that they were paying people to play on, but I obviously couldn’t accept that. I just played on the U23 team, which is where all the college kids around the area were playing.

“The practices ended up being better than the games I thought! We had a solid team and we went out and beat a bunch of people. It was good soccer. The year before I played on a NPSL team in Indiana, where I am from, the Indiana United Fire.” 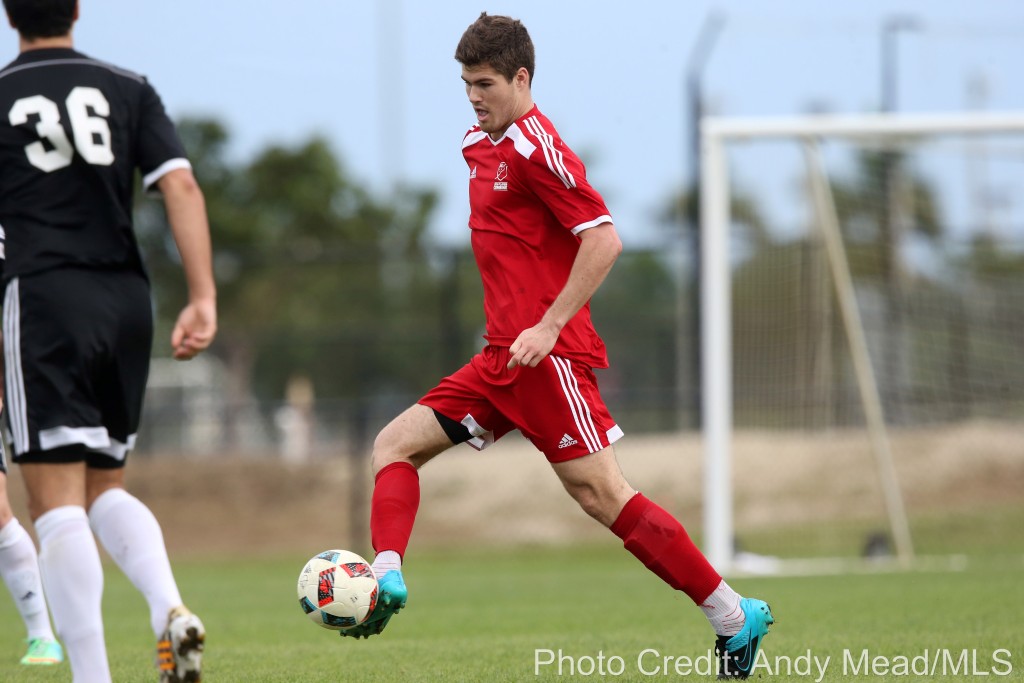 Sanner also played his youth football with the Fire, an affiliate of Chicago Fire, in the USSDA. He’s “not positive” if he could have technically been declared a homegrown by Chicago, but he wasn’t and hopefully the Fire’s loss with be the Whitecaps gain.

And despite the obvious high academic talent of Sanner, and the job doors an Ivy League education is bound to open for you, a career as a professional footballer has always been his dream.

“It has,” Sanner admits. “I’ve always been kind of a late bloomer, so that’s always been just kind of a far away dream, I would say. Like ‘wow, that would be so cool’. I never thought I’d actually realise that dream until probably two years ago.

“And really until I had this great senior season that I had, that built of my previous three years at school, where I really realised that I can play with the best around in MLS and these teams are interested in me. Then I’m like ‘oh my gosh, I can do this’, which has been an awesome experience for me and something I never would have dreamed off but I’m obviously gladly accepting.”

Sanner hit 13 goals and added 5 assists in his 17 games this past senior year, ending his college career with 32 goals and 15 assists from 64 appearances (50 of them starts).

His goal count has increased every year from four in his rookie season, to seven then eight and finally those 13. So what is it about his game that has improved year upon year for the 6’4″ forward and what does he feel he needs to do now to move to the higher level?

“Being able to run for 90 minutes and getting into all the right spots and getting in the box for every cross, getting on the end of everything is something I improved upon. I think another thing I improved upon is that in my Junior year I actually moved out wide and was able to gain some experience taking on guys one on one and improving my dribbling and kind of being a creative attacker rather than a guy that stays in the box and finishes off goals, which is something I want to improve on and think I will be able to improve on as I get up into the next level.”

Sanner is a huge sports fan and avid reader and can’t wait now to get here and start his new journey. He’s never been to Vancouver before but since he’s been drafted, a lot of people with connections to the city have been contacting him at Princeton and telling him how great the place is. And he’s been doing his own research.

“After Vancouver interviewed me at the combine, I looked up Vancouver,” Sanner said. “I’d always heard it was an amazing city but just looking at the pictures of the city it looks absolutely incredible. And as far as the Whitecaps, I know they have an amazing fanbase from what I can see.

“I know they were a great team last year but are still looking to build and have been building over the past three years since they got a new coach and it’s looking like a very bright future, which I’m very excited to join and try and help further.”

{So that concludes our written coverage of the first two rounds of the 2016 MLS Superdraft. Hope you’ve enjoyed it all and found it informative. We’ll be bringing out a podcast this weekend with the full interviews of all the piece, including some stuff we didn’t include in the articles. If you missed any of coverage, here’s what’s gone before….}