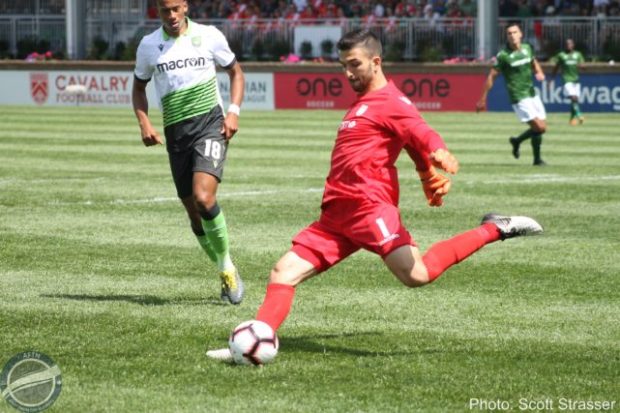 Cavalry FC goalkeeper Marco Carducci made Canadian Premier League history this week, being named the first Canadian player from the fledgling league to earn a call-up to the men’s national team.

On Aug. 28, national team coach John Herdman revealed his 23-man roster for the upcoming two CONCACAF Nations League fixtures against Cuba, which will be held early next month. Canada will take on Cuba at BMO Field in Toronto Sept. 7, before the team flies to the Cayman Islands for another battle against the island nation at a neutral venue three days later.

Carducci is one of three goalkeepers named to Canada’s roster, alongside starter Milan Borjan and Vancouver Whitecaps’ Maxime Crépeau.

“It is always a huge honour to have the opportunity to represent your country, so I’m very excited and proud to get the call up,” Carducci said in an official statement. “A big thank you goes out to the coaching staff and my teammates at Cavalry FC. It goes without saying, but without them this wouldn’t be possible.”

For close observers of Cavalry, Carducci, and the CPL as a whole, the news couldn’t have come as too much of a shock.

The 22-year-old keeper has been a revelation between the sticks for Cavalry this year, and has played an important role in the Calgary-based team’s successful inaugural season. Carducci leads the league in clean sheets, with eight, and ranks third in saves, with 43. He’s conceded just nine goals in 16 CPL games and should be credited with rescuing at least some of Cavalry’s points this year, by coming up with important saves late in tightly fought fixtures. He also featured between the pipes in Cavalry’s four Canadian Championship matches against MLS opposition.

“Marco is deserving of this opportunity and has shown his high level of ability game in game out this season in the CPL and our Canadian Championship run,” said Cavalry head coach/general manager Tommy Wheeldon Jr. in a club statement.

“He is the ultimate professional that has represented Canada at the youth levels and now gets the chance to be involved at the full international level, based on his club performances.”

Carducci, a Calgary native, was one of the city’s many promising prospects who had to take his talents elsewhere to pursue professional opportunities. In 2011, at the age of 14, he left home to join the Vancouver Whitecaps Residency program, where he would spend the next three years before signing his first professional contract with the Major League Soccer club in 2014.

Carducci earned a breakthrough that same year, when the then-17-year-old made his debut for Vancouver against Toronto FC in two Canadian Championship matches.

But his first-team opportunities dried up following that early exposure, and Carducci went on to spend the next few years representing the Whitecaps’ U23 and reserve teams.

He ultimately left the club in 2017, having not made an MLS appearance. He signed with the USL’s Rio Grande Valley FC Toros that spring, but another lack of playing time saw the young keeper depart the Texan club after one season, in which he played just six matches. 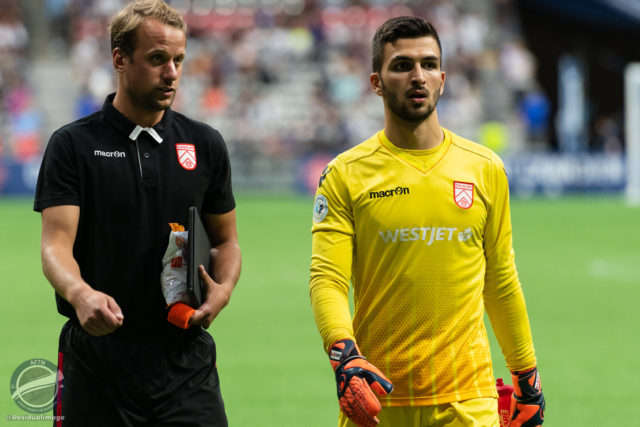 Like his Vancouver Whitecaps 2 teammates Chris Serban and Dominick Zator, Carducci’s career brought him back to his hometown in 2018, when he signed with Foothills FC U23 in the PDL. Moving down to the semi-pro league would prove a smart decision, as the Calgary-based team went on to win the 2018 PDL championship.

Carducci’s play during that championship run impressed head coach Tommy Wheeldon Jr., who revealed him as one of Cavalry’s first signings when the new pro club was formed in 2018.

“Hopefully, he’s blazing a trail for many other young Canadian players and showing the importance of playing in meaningful games week in, week out,” Wheeldon Jr. said.

While this is Carducci’s first call-up to the senior men’s national team, he has featured for Canada at the U17, U20 and U23 levels and Canadian head coach John Herdman is delighted to have him back in the national team set up.

“Marco’s call-up is well deserved,” Herdman told reporters in a media conference call on Wednesday. “I’m pretty excited to get in and start working with him. You only have to look at the stats of Marco in the CPL.

“But the performance that was really important for me was the game against Montreal away. I thought he was able, in a big moment, to put in a really fine performance there and show that he can handle the sort of pressures that are there around big games and big moments.”

Carducci’s national team call-up means another opportunity for playing time in the CPL will fall to Cavalry’s backup ‘keeper Niko Giantsopoulos on Sept. 11, when the team travels north for another “Al Classico” derby against FC Edmonton. 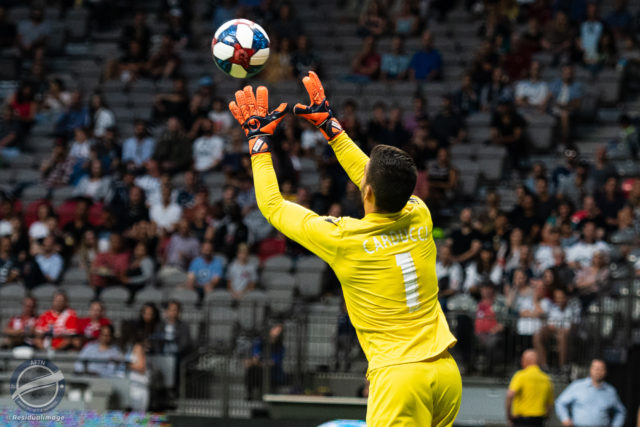