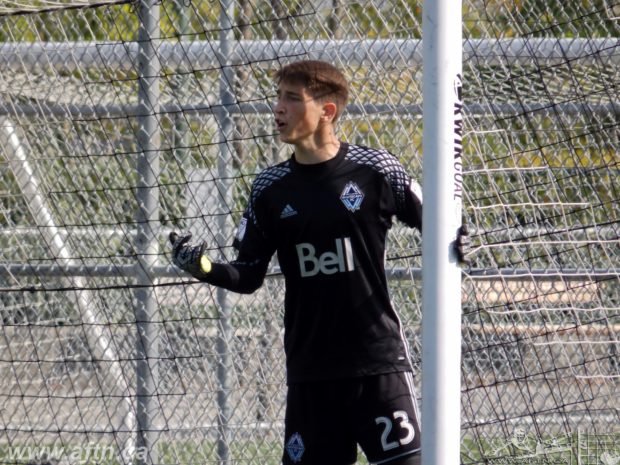 If there’s one position the Vancouver Whitecaps Residency program has been stacked in these last few years, it’s the goalkeeping one.

The conveyor belt of top talent that’s come through the Residency is impressive. Current Ottawa Fury keeper Callum Irving started the ball rolling in 2012. Since then we’ve seen current WFC2 keeper Sean Melvin, Marco Carducci, Nolan Wirth, and others come through the program.

The latest keeper to impress is Thomas Hasal. The 17-year-old Saskatoon native is in his first full year with the Residency here in Vancouver after coming through the Whitecaps Academy Centre in Saskatchewan.

He’s been turning heads at both club and international level these past couple of years and when the chance came to make the move west and join the Residency program here full time in August last year, it was an opportunity he grabbed with both hands.

“It was something I wanted to do for a long time, so when I got the offer, it was a no brainer to take it. It was only my parents. They had to think about it for a little bit, but everything else was good.”

Born in Cambridge, Ontario, Hasal and his family moved around Canada before settling in Saskatoon when he was 9-years-old. Players from Saskatchewan making it in the pro game have been few and far between, with Brett Levis blazing the trail for the current generation of players after signing first a USL, and then a MLS deal with the Whitecaps.

Levis has been an inspiration for Hasal and the other Saskatchewan Academy players. Showing that it doesn’t matter where in Canada you come from, there is a route to the top if the talent is there

Levis played PDL for the ‘Caps while at college with the University of Saskatchewan Huskies. There was no Whitecaps academy when he was growing up in Saskatoon. Nowadays, there is a clear pathway from youth football to the Vancouver first team, with WFC2 full of players that have come through the ‘Caps youth ranks. All of which is good news for Hasal and the current crop of Residency players.

“It’s great because it shows that there’s an actual pathway there,” Hasal told us. “That it’s possible and you can follow in his footsteps and you can do it as well. It motivates you, that’s what it does. A lot of these guys you know, so you talk and you get tips and you help each other out and everyone’s just pushing each other till you get to the next step and we make each other better.” 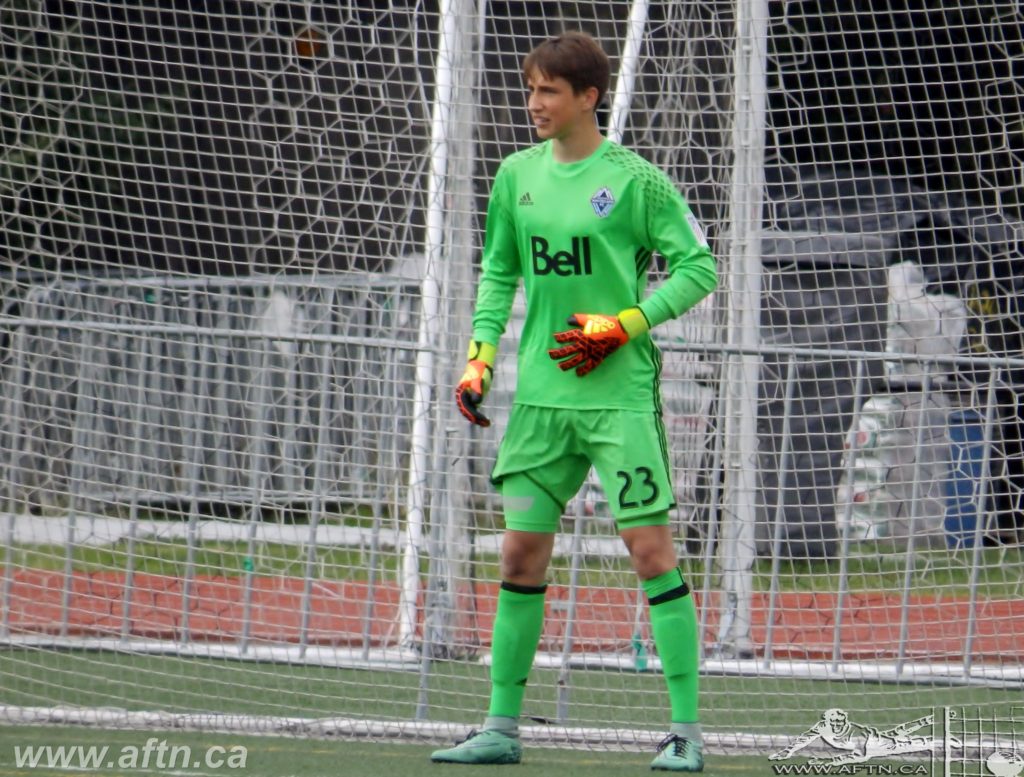 Hasal is a clear talent and one for the future. He’s played as a keeper since his pre-teen years, but it wasn’t always that way. He started as an outfield player before a keeper injury saw him thrust between the sticks in a youth game back in Toronto. He hasn’t look back since, finding his natural position and improving year upon year.

They always say you have to be a certain kind of person to be a goalkeeper. Hasal loves it. He loves the buzz he gets as the last line of defence and all the pressure that comes with that.

“When you play football, I want to play it with passion,” Hasal says. “But I want to try and let the game come to you and try and make those key saves in the key moments. To be able to change the game. Especially as a goalkeeper, because you don’t get too much. You have to be ready so that you can impact the game when you get the chance.”

And he’s modelled parts of his game on two of the finest goalkeepers in modern day football, Arsenal’s Petr Čech and current Porto and former Real Madrid stopper, Iker Casillas. Both of whom Hasal admires greatly.

“With Čech, my grandparents are from the Czech Republic,” Hasal revealed. “They bought me a Petr Čech jersey when I was little, so I’ve grown up watching him play.

“Casillas, one time, when I was really little, I was looking up You Tube for goalkeepers making saves and I was watching Casillas make these crazy saves. I was just like, wow, this guy’s really good. I just started watching from there and I watched those two guys always, always, always, just to see how they play.” 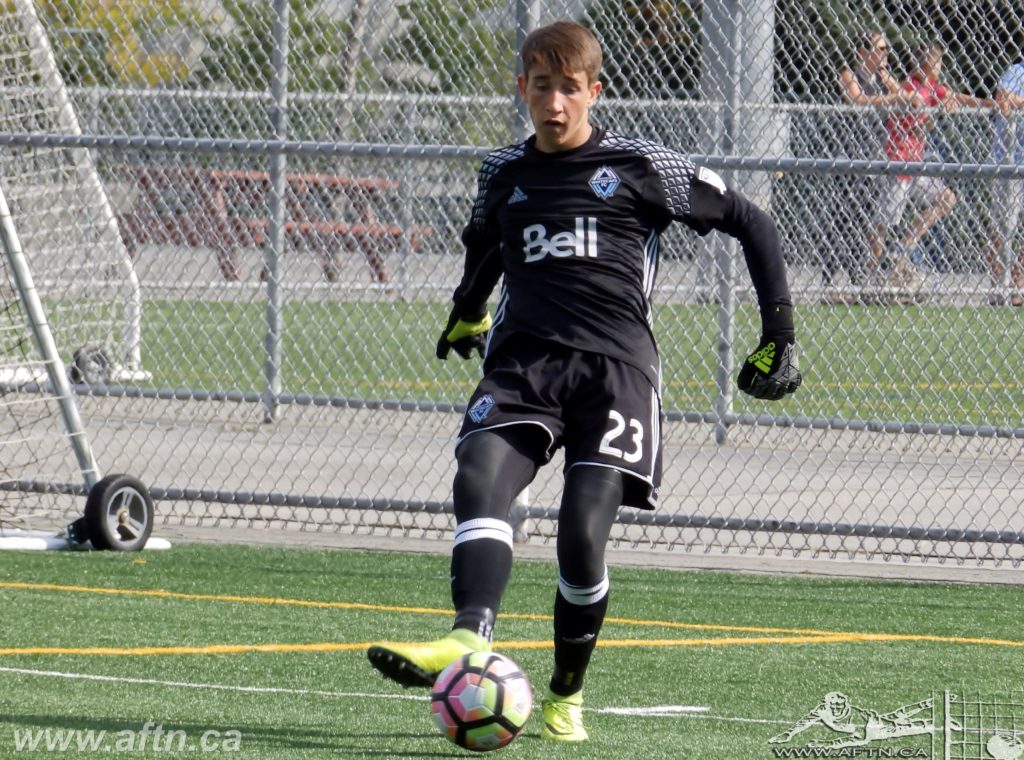 Hasal heads into the USSDA playoffs this week likely to be the U18’s starting goalkeeper. He’s split his time this season with Aidan Aylward, making 12 appearances on the year after being away for a lot of the season with the Canadian national team.

This will be Hasal’s first taste of the playoffs, but he’s surrounded with a number of players on both the Residency and USL squads that have been through it all the past couple of years with the U18s and U16s and he’s been picking their brains about what to expect.

“We were talking to them about how it was last year for them,” Hasal said. “It’s great because so many of the guys played in the final last year. It’s so much insight, and even for a competition like this, so much experience from it, so it really helps. It feels like I’ve already played in it. “

The 10th seeded U18s find themselves in a tough group alongside fellow MLS academies Real Salt Lake AZ and Columbus Crew, with Dallas Texans the other team they will battle it out with. RSL are the only side of those that the ‘Caps have already faced this season, suffering a 2-0 defeat in the second week of the season.

It’s a much more cohesive ‘Caps side since that match and the chance of revenge against the 4th seeds is certainly motivating Hasal and the team.

The playoffs are just the latest part of a massive 2017 for Hasal. In February, he was included in Canada’s U20 squad for the CONCACAF Men’s Under-20 Championships in Costa Rica, the region’s qualifiers for the FIFA U20 World Cup. Hasal started all three matches and played every minute of Canada’s campaign.

One win and two losses weren’t what everyone was hoping for from Canada heading into the tournament, but putting the disappointment of non-qualification aside, it was a great learning experience for the young keeper, who has previously been involved with Canada U18s before.

“It’s been so great,” Hasal admits. “It’s been some of my best memories playing football. It just teaches you so much. So many lessons that you can’t get anywhere else.”

Playing at the higher age range doesn’t faze him one bit. It’s something he’s used to from his days in Saskatchewan, where he ended up playing in the local adult leagues against players much, much older than himself.

“It was good,” Hasal said. “A lot of the University guys, I played on a team with them and knowing them helped a lot. We played in an indoor turf league, then there was a boarded league.

Hasal still has another season of eligibility left with the Whitecaps Residency program, and although he would have a few college options awaiting him, his mind is solely focused on one thing – securing a pro deal .

“My goal is to get a pro deal and become a professional footballer,” Hasal said without hesitation. “That’s my dream.”

Expect those dreams to come true in the near future. 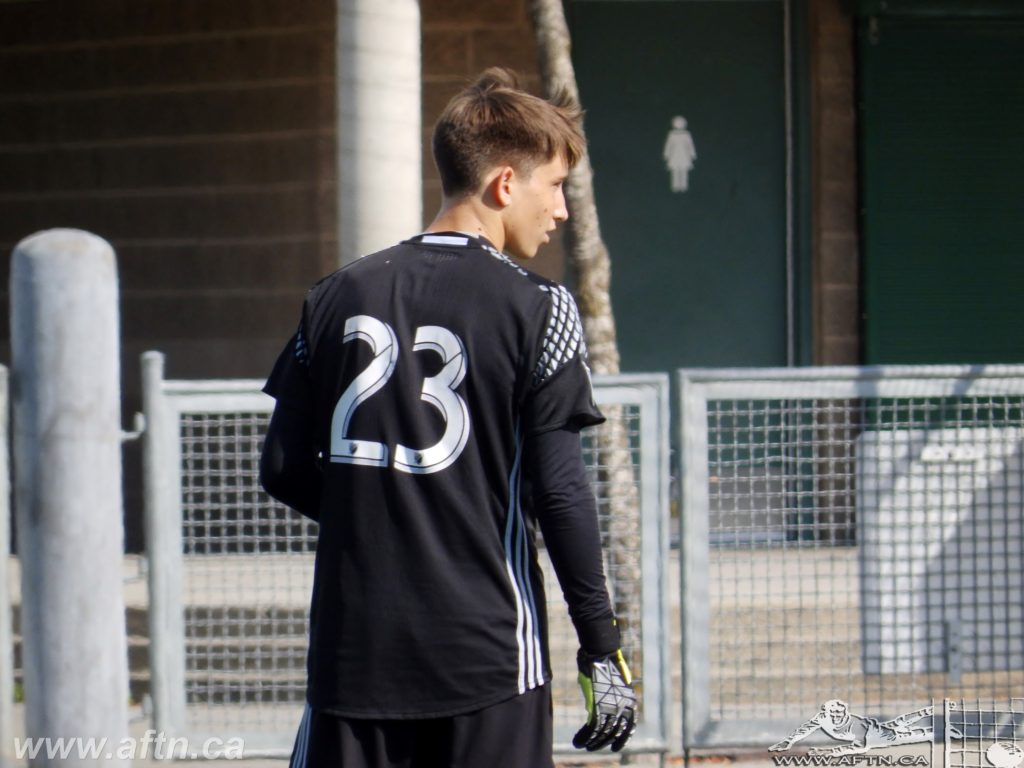