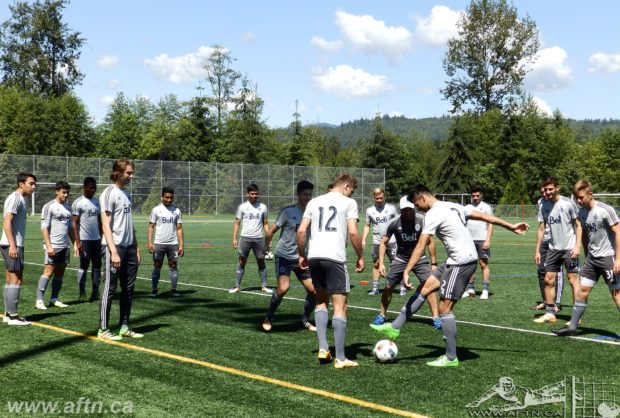 AFTN’s 2016 Residency Week officially kicks off today (we unofficially kicked it off yesterday with a chat with Residency alumni Dario Zanatta in our latest podcast). This will be the fourth year of our annual week dedicated to Vancouver Whitecaps’ Residency. Although we cover the teams a lot all year round on top of this, we always look forward to this particular week to highlight the wealth of talent in the program and give it the full focus it deserves.

Check back on the site all week as we’ll look at both the U18s and U16s seasons so far, their playoff road ahead, chat with players and coaches from both teams, and bring you our annual “Ones To Watch” feature of currently unsigned talent. To kick things off, we look at how the U18s have done this season, who they will face in this week’s USSDA playoffs and chat with head coach Rich Fagan.

The 2015/16 USSDA season had the potential to be a particularly testing one for Vancouver Whitecaps’ U18 side. Instead it became a triumph, as the young group overcame a number of obstacles to win another Northwest Division title, going on a 29 game unbeaten run in the process.

A number of players had graduated from the program last summer, with a further five signing USL contracts and spending more time with the WFC2 side than in the Residency. Last year’s squad was pretty much decimated, replaced by a large number of guys moving up from the U16 team and some new faces.

It was a young squad. If you look at the 22-man U18 roster listed on the Whitecaps website, only six of them are 98s, and a number of U16 players have moved up early this season to get experience and minutes. What they’ve achieved has been remarkable.

“They’ve done really well,” U18 head coach Rich Fagan told AFTN. “There’s been tons of movement within the group. If you look at it, we’ve pushed four or five players on into the USL team since January. They’ve been up and down and back and forth a little bit. There’s been contributions from everybody, which has been great.”

The U18s started their season with a 2-2 draw at home to Sacramento Republic back in September, before losing their second game 2-0 away to Nomads SC.

That was to be their only loss of the season and the team went on a remarkable 29 game unbeaten run that saw them finish the year with a record of 19 wins and 11 draws from their 31 matches, winning their division by 10 points and earning a 7th seeding in the playoffs.

The team chemistry was quick to click into place, not surprising when so many of the squad were part of last season’s successful U16 campaign that ended heartbreakingly on penalties at the quarter-final stage. The players know each others game inside and out, the benefit of the majority of the group playing together for so long now.

“These guys love each other,” Fagan added. “Some of them have played together since they were 11 or 12, so that’s a big part of it as to why they’ve done so well. The ones that have come in that are new to the program over the course of the last two years, we’ve welcomed them. It’s a really good team.”

And it’s a group that will largely stay together for another year. The turnaround from previous seasons won’t be so immense, and those players making the move up from the U16 side will be coming from another squad that’s had a lot of success this year, and are ranked third in all of North America for the playoffs.

“I would say the 16s have had as good a season, even better actually,” Fagan noted. “The boys that have come up [already], they train with us more often than not. I expect them to step in and hopefully the performances continue.”

When Fagan talks about everybody contributing to the U18s success, he’s not wrong. The team used 25 players this season, 16 of them scored at least one goal. Terran Campbell led the way with 16 goals from 27 appearances, with Gloire Amanda just two behind on 14 from his 27 games, as the team averaged 2.6 goals per game.

The U18s ended their season with six straight wins, the last four of them clean sheets, banging in 15 goals in the process. The shutouts were part of 15 clean sheets on the year, and while a lot of the focus always goes towards the attacking end of teams, Fagan was quick to praise the contribution of his goalkeepers Aidan Aylward and Luciano Trasolini, and his defence, for their strong play over the season, with the team finishing with a goals against average of 0.77.

“It’s probably been the most consistent, in terms of lines anyway,” Fagan feels about his defence. “The back four, we haven’t carried many defenders, so it’s been pretty consistent week in and week out. They’ve been excellent. They’ve worked so hard. We often talk about scoring goals and making things happen when we’ve got the ball, but defensively they’ve been excellent.”

It’s something that will need to continue now as we head into the postseason, with the ‘Caps defence likely to have some of their toughest tests yet. 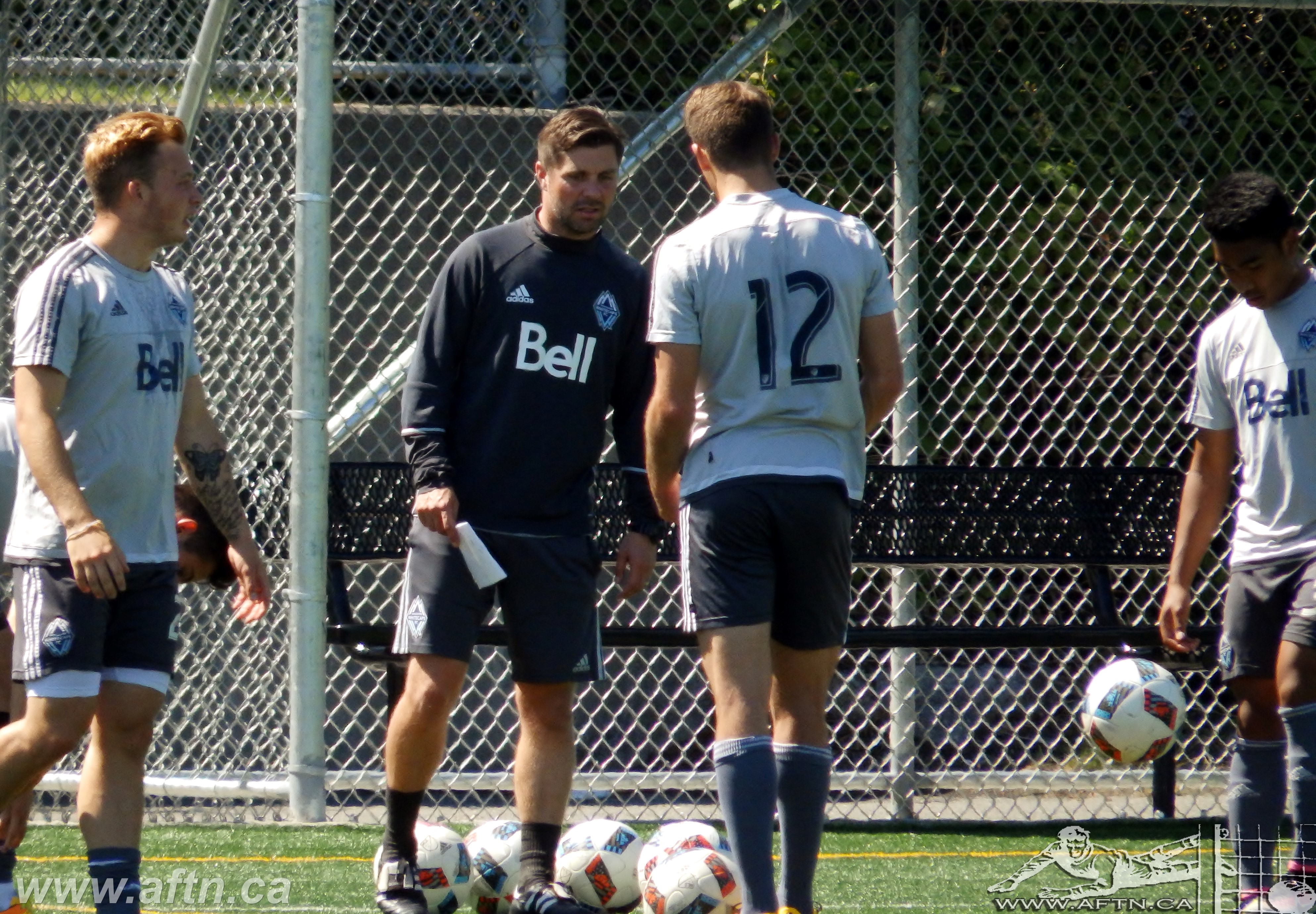 We’ve (half) joked in the past about shenanigans at the playoff draws to make sure that the Canadian team gets as tough a draw as they can get. In the past Vancouver’s seeding seems to have mattered little when it comes to the tough opposition they have to face, especially in Finals Week.

This year would appear to be different, with both the U18s and U16s handed very winnable groups, although it wouldn’t be the USSDA if there wasn’t a last minute glitch, with the 18s seeing their group changed after the draw was complete due to an administrative error involving registering a result, which meant a late change of opponent.

The ‘Caps U18s have been placed in Group A with wildcard sides Vardar SC and Chargers Soccer Club, and familiar foes LA Galaxy, who replaced the originally drawn DC United.

The U18s kick off their 2016 playoff run against Tampa Bay based Chargers Soccer Club on Wednesday night. The Chargers finished 5th in the Southeast Division of the East Conference and are ranked 27th of the 32 teams in the playoffs. They won 17 of their 32 matches, losing 10 and finishing with a goal difference of +8 after scoring an average of two goals per game and conceding an average of 1.75. Midfielder Robert McCoy led the way with 10 goals.

Ann Arbor, Michigan side Vardar are next up for the ‘Caps on Friday. They also finished 5th in their division, the Mid-America one of the Central Conference, and are ranked 24th of the 32 playoff teams. They won 15 of their 25 matches, losing eight, and finished with a goal difference of +13, averaging 1.68 goals per game and conceding an average of 1.16. Forward Vincent Manzo looks like being the man to mark, leading the team with 13 goals from 23 games.

Last up, and what on paper looks to be the key deciding game, will be fellow MLS academy side LA Galaxy. The Galaxy finished second in the Southwest Division of the West Conference, two points behind RSL Arizona. That saw them head into the playoffs with a ranking of 16, after a season that produced 21 wins, 9 draws and 6 losses from their 36 games. They averaged 1.6 goals per game, with a goals against average of 0.72. Ethan Zubak led the team with 13 goals from 21 appearances.

They’re going to be hard to score against, as the ‘Caps found out in the last game of the regular season when they headed down to LA and came away with a narrow 1-0 win thanks to a Nicolas Apostol goal. The same again on Sunday would be perfect.

All of the ‘Caps games will kick off at 7.30pm local time (5.30pm PT), so even the heat won’t be as big a factor as previous years, although that just means temperatures will be in the low to mid 30s as opposed to the 40s!

But as we said, a very winnable group and Fagan has a clear message to his squad as to how they need to approach this week.

“I just want them to continue the way that they have throughout the regular season,” Fagan told us. “Okay, the games are maybe a little bit more intense now, but it’s important that they maintain those performances that they had.

“The Chargers, we don’t know too much about. Vardar have a good history. They’ve been a good club in terms of the academy league and the playoffs. LA will be LA. It’s another MLS game we get to play. You don’t have to get them too motivated for those games.”

As to just who will be turning out for the U18s down in Frisco this week, we’ll have to wait and see.

WFC2 players Matthew Baldisimo, Terran Campbell, Kadin Chung, Alphonso Davies and Tommy Gardner are all still eligible to play for the U18s and have each played minutes for the Residency this year. Davies could even still turn out for the U16s, but will be in Toronto for the ‘Caps Canadian Championship final first leg on Tuesday night. Initially at least.

As to which USL guys will be involved for the ‘Caps in this week in Texas, well that hadn’t been fully decided yet, as WFC2 head coach Alan Koch revealed, but at least some of them definitely will be.

“We’ll have a chat [Sunday] night and make some final decision,” Koch told us after WFC2’s win over Portland yesterday. “But we’re anticipating quite a few will be going down. We need them to get 90 minutes in games. They need to play in competitive games and we know the Residency playoffs and the Academy league, they are good high level games. We’ll figure it out and we’ll send a few of those guys to get some minutes in those games.”

Fagan is looking at it as a bonus if he gets some of the guys, but if he does, he’s sure they’ll have no trouble readjusting to the group.

“To be honest, we’re not 100% certain” Fagan told us as to which USL players might be involved. “The first team’s the priority, secondly the USL. We want our players to play in the USL. If they stay and they play those games, then so be it. To be honest, I’m not expecting them back. If we get them back then it’s not necessarily a bad thing. It’s a good thing.”

The USL guys are all trailblazers for the Residency program right now, shining examples to all the guys in the program of what can be achieved and the clear pathway available to them.

The opportunities and playing time they’ve been getting, and the contributions they’ve been making, is certainly something which the coaches use as motivation for all the Residency guys, to show that their dreams of becoming pro footballers are that close.

“You don’t have to look too far to know that it’s real and there’s an opportunity,” Fagan said. “We’ve got guys that haven’t signed USL contracts that are training with the USL team regularly. They might be going to college next year but there’s always the opportunity for them to come back. Who knows.

“The fact that we’ve pushed players in this year, and they’ve not just made up numbers, they’ve contributed. They done well for the USL team. I think that’s given everybody a bit of a boost.” 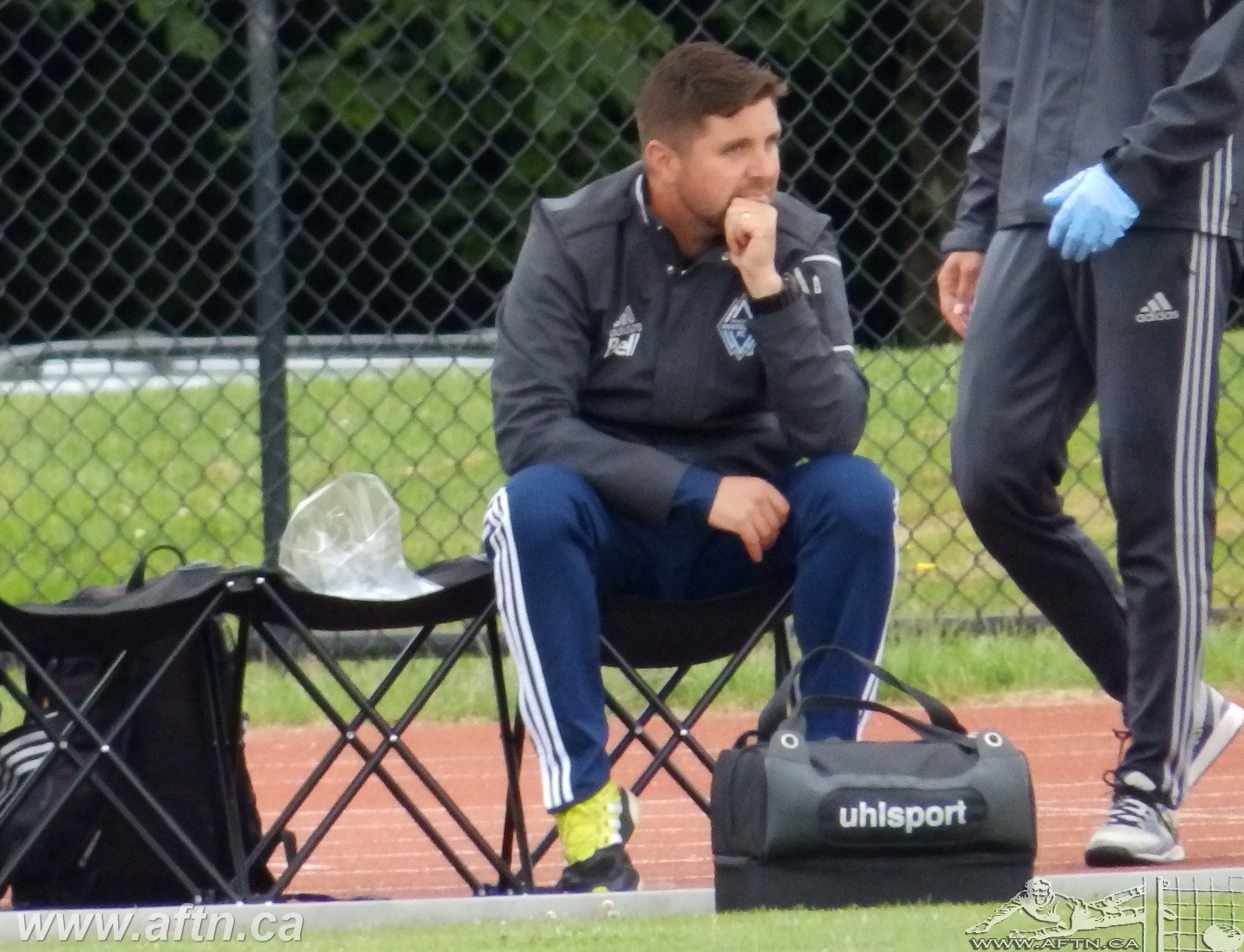