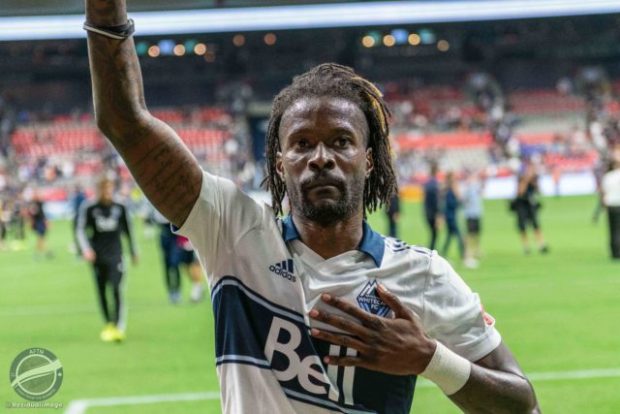 Tosaint Ricketts’ career has taken him around the world, playing his club football in seven different countries and representing Canada on the international stage. He’s won trophies in Canada and Lithuania, he’s experienced the highs and the lows of the game, but what he hasn’t had a lot of is stability for himself and his family.

The Whitecaps gave Ricketts a little bit of that by signing him to a new deal at the end of last season. On Tuesday, they gave him a little bit more, inking him to a further extension through to the end of the 2021 season. Ricketts admits it was “a surprise” to get another extension so soon, but feels it’s a reward for the work he’s put in both on and off the field with the club these past few months.

“[Stability] is something that I haven’t had the luxury to have in the past,” Ricketts told reporters after training yesterday. “I’ve ran into a few unfortunate situations with clubs not paying on times and things that a lot of people don’t know about. But for this organization to give me this stability, I’m so grateful and it’s priceless for me at this moment.

“It means so much. To have that stability, to know that you have a home for the next two years, it’s something that I don’t take for granted and I’m going to continue to work and show my value and make them not regret their choice.”

Ricketts headed to Europe after graduating from the University of Wisconsin Green Bay in 2009. He stayed there, playing for seven clubs in seven seasons in five different countries.

Three of those clubs didn’t pay him his wages on time, and those battles to get paid off the pitch impacted how he was playing on the pitch, leaving him just “wanting to come home”. But despite those experiences, Ricketts feels they were necessary to make him the player he is today and take him to where he currently finds himself in his career.

“It’s risk versus reward,” Ricketts mused. “I put myself in some of these environments for the opportunity to maybe springboard to a different and better opportunity. That’s the risk I took and unfortunately I ran into a few clubs that didn’t pay on time. I dealt with it in the most professional and according way I could. I just kept moving, kept pushing, and trying to make up for those misfortunate situations.” 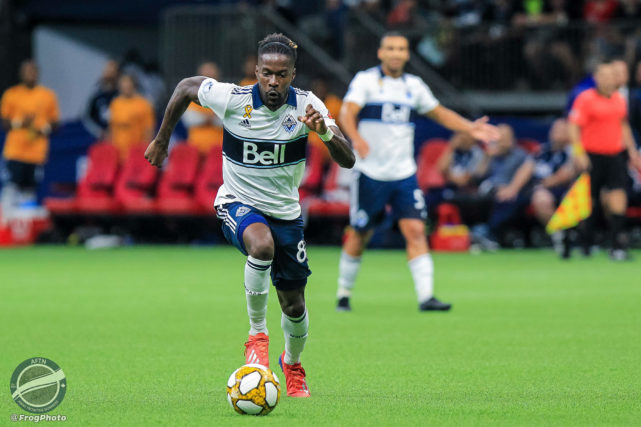 Ricketts finally returned home in the summer of 2016 to join Toronto FC. That finally gave him some of the stability he craved, spending two and a half years with TFC, winning a MLS Cup and two Canadian Championships along the way before parting ways at the end of the 2018 campaign as he “desired more in terms of playing time and consistency”, sparking further travels.

A seven month stint in Lithuania with A Lyga champions Sūduva was ended when Marc Dos Santos swooped in to bring Ricketts into the Whitecaps fold in August last year, and both player and club are very happy to have the veteran striker sticking around for the next couple of years.

“Vancouver’s a place where I’ve always wanted to be,” Ricketts said. “[Last year] was an opportunity. In soccer, sometimes your opportunity comes in different ways, mysterious ways, and I took it as another challenge to come in. I had eight games to prove my value to the club and show that I’m an asset going forward.”

Ricketts made eight appearances for the ‘Caps at the tail end of last season, six of them starts, contributing one goal and two assists. Giving him a further extension so soon raised a few eyebrows among the fanbase, but his exploits with TFC, where he recorded 13 goals in 51 appearances, show the damage Ricketts can do in this league.

Two thirds of his appearances with Toronto were off the bench, and that’s a role ‘Caps fans can expect to see the veteran striker thrive in again this coming season.

“My role, I think a lot of people have seen it,” Ricketts said. “Even in my time with Toronto. I provide that spark at any moment. I can come in games and terrorise defenders, I can start games and get the job done as well. I’m just a guy that is very selfless and is a team first type of guy and would do anything for that win.

“It all has it’s value. Every player in the process is important. That guy that comes on in the last 15 minutes and provides that late goal or provides that extra defensive spirit that you need to close out a game, it’s all a collective effort to get the result and to each our end goals. So as long as I’m in that picture and I’m helping that process, I’m grateful and willing to do everything for the club.”

But it’s also for what Ricketts can bring off the pitch that has prompted the Whitecaps to keep the forward locked in to Vancouver.

“When we look at a player, we look at the totality of what he brings to the team,” Dos Santos told reporters. “The locker room, leadership, commitment in training, and with how the roster is set up with the salary cap, he becomes a very valuable piece. We like everything that he’s brought since he arrived here,. Being a team guy first, it’s a good example for everybody.” 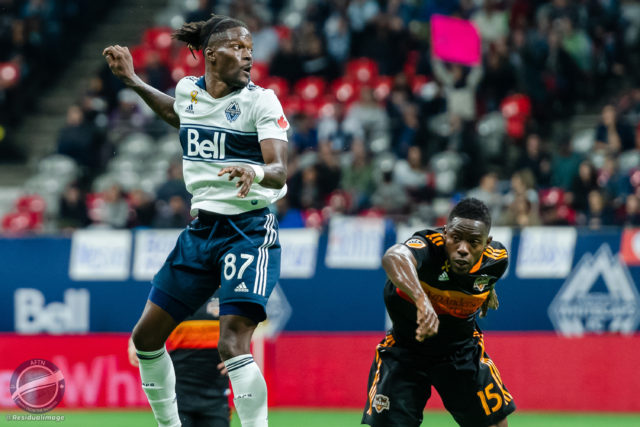 Ricketts is one of only four players in his thirties on a ‘Caps roster with an average age of 24, and the second oldest on the team behind Fredy Montero. With all of his experience at both club and international level, he’s a very important piece to have in the locker room for the younger guys on the squad.

“[Taking younger players under my wing] is just something I do naturally,” Ricketts enthused. “I’m a guy that brings the team closer together. If I see a player that is struggling a little bit mentally, I’ll give him some advice and help him take that next step.

“I’m willing to go out of my comfort zone to make others feel more comfortable. That’s just my character. That’s something that is just natural for me. I’m just happy that everyone sees that value and it’s appreciated.”

And from what Ricketts has seen of the current ‘Caps crop this year, he’s confident the team is in a far better position as a unit than the one that finished the disappointing 2019 season.

“It’s hard to make predictions off of a preseason,” Ricketts mused. “But internally, it’s been fantastic. The group is connected on a different level. Guys are fighting for each other, working for each other. We’re on the same page in terms of identity. There’s been some extreme growth in our play and in the culture around the club. It’s been positive.”