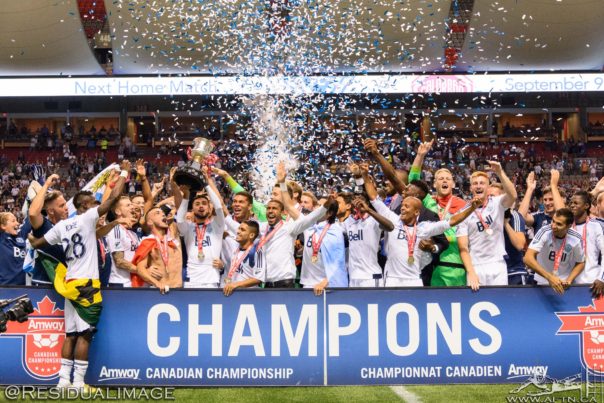 Back in November and December, as the 2010s were coming to an end, the world hadn’t heard of COVID-19, and you could still buy toilet paper in shops, we bid a fond farewell to the past ten years by debating who would make the Vancouver Whitecaps Team of Decade on the AFTN Soccer Show.

It wasn’t the greatest decade to be a Whitecaps fan, but there certainly were some standout highlights as the club made the move to MLS.

But which players stood out and left a lasting memory? Who wore the jersey with pride and played for the badge? Who did you sing your hearts out for? Only a few players go down in a club’s folklore and the Whitecaps have had some wonderful ones do just that over their proud history.

When it comes to these first years in the MLS era, naming a Whitecaps Team of the Decade throws up some players immediately. We debated the team over four episodes of the show, which you can listen to as follows:

We also threw the question out to gauge the feelings of the fanbase on Twitter at the same time. The overall results were interesting and on the whole lined up with each other.

Steve, Zach, and myself debated and voted on the team over the shows (not all of the choices were unanimous). We initially named 13 players to it and some subs, depending on what the formation would be. So as time has passed, I’ve taken an editorial decision to go in a 4-1-3-2 formation (although you could call it a 4-4-2 diamond), meaning this final starting XI:

Now the Twitterverse was mostly in agreement, apart from in the back four where they voted YP Lee in as the right back starter and Jordan Harvey as the left back starter, and there was a lot of debate over Miller or Hassli.

So the plan always was to write the team up, throw is up on the site and continue the debate there to a wider audience than Twitter. That was meant to happen in January, and I ended up forgetting, but it now feels like the perfect time to get the debate going again.

So who are your Whitecaps of the Decade. Which 11 would you go with, which formation, and why. Any glaring omissions in the team above? Let us know in the comments below!