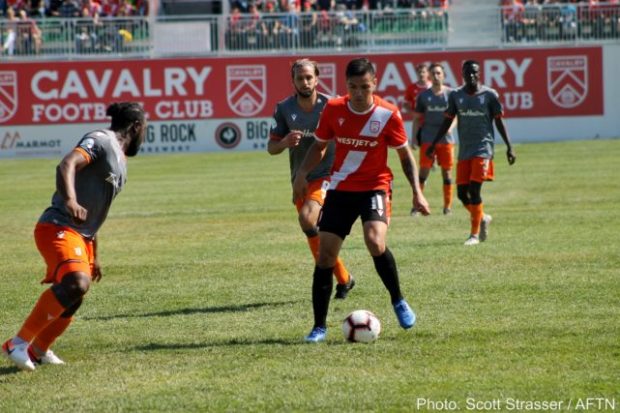 At long last, the first-ever Canadian Premier League finals are upon us.

On Nov. 2 at Spruce Meadows, we will learn which club will be crowned kings of the inaugural CPL season, when Cavalry FC and Forge FC play the second of their two-legged championship series, following the first leg in Hamilton on Oct. 26.

Due to the CPL’s split season – and curious format for determining the finalists this year – we’ve known which teams would be competing in the championship series for some time now. Cavalry secured their berth way back in June, when the Calgary-based club clinched the spring season title.

With Cavalry also winning the fall season, Forge qualified for the finals via their second-place overall points total, which was an achievement they had secured with four matches still to play – a damning illustration of how much better these two sides are at the moment than the rest of the CPL’s teams.

On that note, you couldn’t ask for two clubs that are more deserving to contest for the league’s inaugural championship. Cavalry and Forge have proven – by some distance – they are the best two teams in the CPL. None of the five other teams really come close to matching them.

Throughout the course of the fall and spring seasons, Cavalry recorded 62 points, with a 19-5-4 overall record. Forge finished runners-up in both sessions, boasting 56 points and a 17-5-6 record. The third-best team was York9, who collected a mere 34 points from their 28 games. 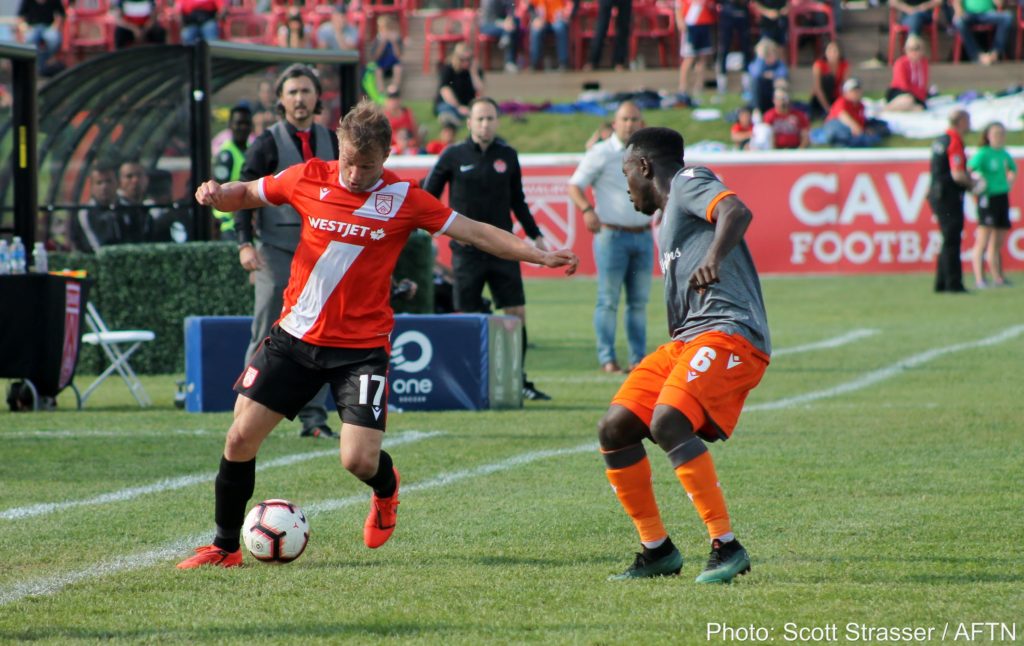 Cavalry have been willing to take a pragmatic approach and play more direct when contesting Forge in past matches.

Cavalry led the CPL in clean sheets, with 12, but Forge followed closely behind with 11. Both teams also enjoyed the longest winning streaks and unbeaten runs in the CPL – Cavalry won seven straight to kick off the spring campaign, while Forge went on an impressive 14-game unbeaten run that was only ended by – you guessed it – Cavalry. In the fall season, Cavalry enjoyed an eight-game unbeaten run that was only ended recently by the Hamiltonians on Oct. 16.

We really do seem to have a La Liga or English Premier League situation in the CPL – it’s been a two-horse race from the offset.

Of all the CPL clubs, Cavalry and Forge also enjoyed the most success away from regular-season competition. The Cavs marched to a historic run in the 2019 Canadian Championship, ousting Pacific FC, Forge, and Vancouver Whitecaps from cup contention, before bowing out with a noble effort against eventual champions Montreal Impact in the semi-finals.

Forge, on the other hand, did Canada proud in the CONCACAF League, overcoming Guatemala’s Antigua GFC in the first round. Forge’s international success continued into the round of 16 with a 1-0 win at home over CD Olimpia, but the cup run ended in the second leg, in Honduras, when Olimpia beat the Hamiltonians authoritatively, 4-0. 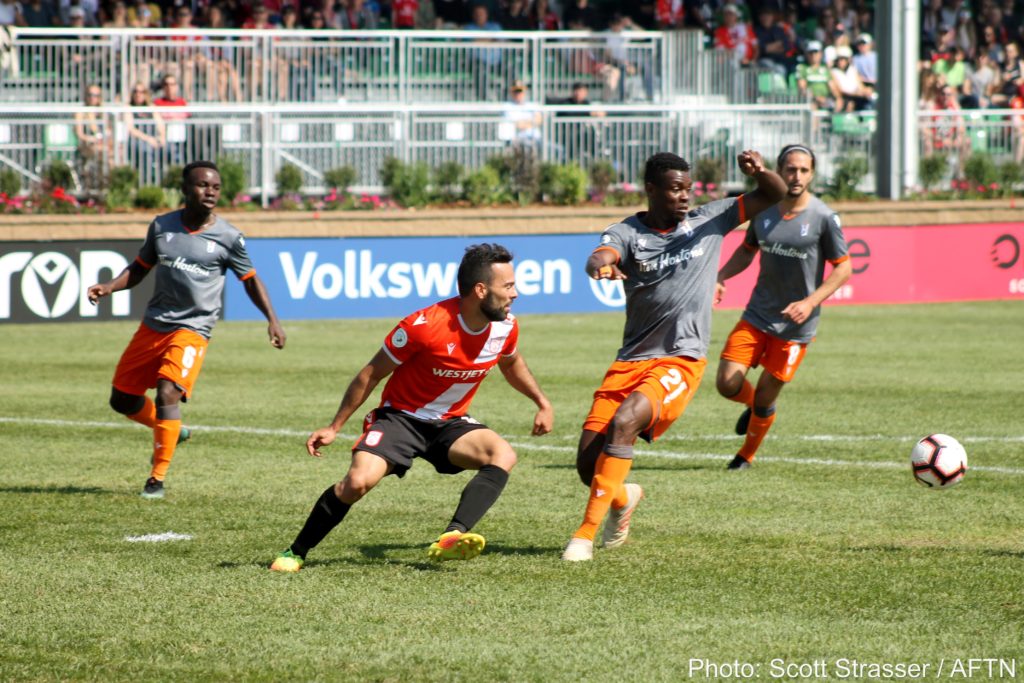 Cavalry and Forge finished first and second, respectively, in the CPL spring and fall seasons, while also seeing success in cup competitions.

The two CPL finalists are highly familiar, having played each other seven times already in the league and cup. The series was as evenly matched as you could ask for – Cavalry won three, Forge won three, there was one tie, and both teams scored seven goals. No result between the two ended by more than one goal, and neither managed to score more than twice in a single game against each other. Collectively, each side recorded 24 shots on goal in those seven matches.

Another factor that will add to the drama of the finals is the budding rivalry between these two sides. The enmity between Forge and Cavalry dates back to the first two times they played each other. On May 12, Cavalry overcame Forge 2-1 with a 93rd-minute strike from Nico Pasquotti, which left Forge players feeling hard done by, after they had arguably outplayed the Calgarians throughout the 90 minutes.

The next time they faced each other, in the Canadian Championship, Cavalry rescued the result with another late goal. This time it was Dominique Malonga, who scored a penalty kick in the 96th minute (following a somewhat controversial call) to tie the match 1-1.

That particular match was the true birth of the rivalry, as it ended with a post-game brawl between the players – and even a few coaching staff – as well as allegations from some Cavalry players that Forge FC’s assistant coach Peter Reynders had uttered racist remarks.

The unsavoury conclusion to that match hasn’t been forgotten, and there has been some spice in every Cavalry-Forge match since. 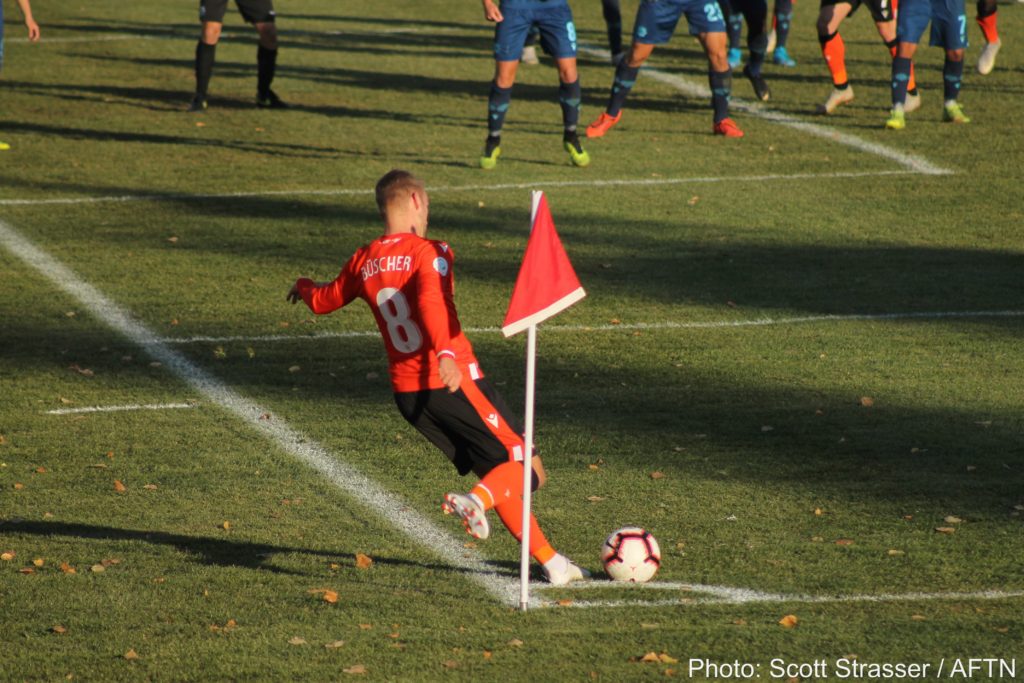 Dead balls from Julian Büscher have led to several goals for Cavalry this year.

Why should Cavalry win?

Forge are a great team, and probably play the slickest football in the CPL. They’re the most technical and possession-focused team, and have scored some of the league’s most beautiful goals, whether it’s from a combined tic-tac-toe effort or from a moment of individual brilliance (such as Kadell Thomas’ solo effort against Valour FC).

Forge also have two of the CPL’s candidates for league MVP, in winger/attacking midfielder Tristan Borges, who is currently leading the league’s scoring charts, and central midfielder Kyle Bekker.

Where Cavalry are better than Forge, in my opinion, is at the back. Cavalry’s defending and goalkeeping have been the best in the league this year, as evident through the number of goals conceded and clean sheets recorded.

Once Cavalry have the ball, Tommy Wheeldon Jr. is a pragmatic coach, and his willingness to adapt the team’s offensive strategy has been reflected in the multitude of formations and styles Cavalry FC have played this season. Against weaker CPL opposition, Cavalry often dominate possession, switching the ball continuously from the right to the left, and looking to break through defences with precise passes.

Against tougher opposition, such as Forge, Cavalry have shown a willingness to be more practical and direct. You’ll often see the likes of Zator, Trafford or Jonathan Wheeldon pump long-balls towards the flanks, where wingers Nico Pasquotti and José Escalante are eager to collect the ball, take on their man and put crosses into the box.

One of Cavalry’s most prolific ways of scoring goals this year has been from set-pieces. I’ve lost count how many of the team’s goals have come from corners and indirect free kicks, but it’s likely more than 15 or 20. Players like Julian Büscher and Escalante are excellent at putting their crosses into dangerous areas, and the likes of Malonga, Zator and Oliver Minatel have proven their propensity for getting on the ends of them.

The final manner in which Cavalry outclass Forge, in my opinion, is the team’s resilience. It’s a buzzword that Wheeldon Jr. often uses in post-match press conferences, but it’s very true. Cavalry have found a knack for winning, and have turned success into a habit. There have been several games that Cavalry have secured three points with a late flurry of offence – including twice against Forge – or with crucial late saves from Carducci or Giantsopoulos.

This never-lose attitude might prove the difference maker for Cavalry in a neck-and-neck battle with “that team from Hamilton.”