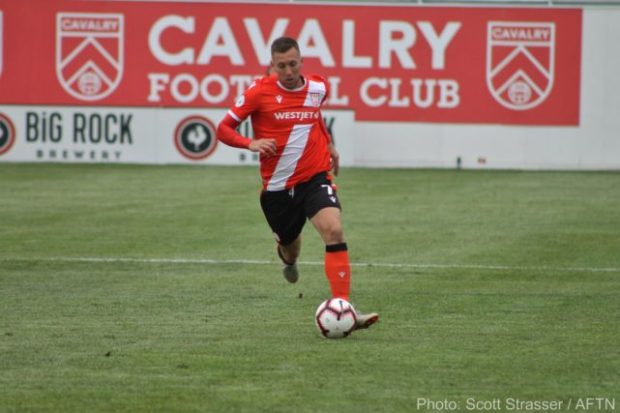 In early July, I wrote an article outlining the five Cavalry FC players who I felt were the team’s top performers during the Canadian Premier League spring season.

If I were to write the same article for the fall season, some of the names on my list would likely be the same – goalkeeper Marco Carducci, for example, has remained one of Cavalry’s key reasons for success, while center back Dominick Zator has amplified and broadened his game even more in the fall season, following a great spring campaign.

Instead, with this piece, I thought I would highlight some of the players who I noticed have shown improved performances in the fall compared to their play during the spring.

For various reasons, the depth of Cavalry’s squad was tested throughout the 18-game fall campaign. Whether it was due to injuries, fixture congestion, or the need to rest players, head coach Tommy Wheeldon Jr. had to repeatedly tinker with his line up and tactics. That meant some players who did not get their chance to shine in the spring enjoyed more playing opportunities in the fall. Some seized the chance to impress more than others.

Here are three Cavalry players I feel have elevated their game in the fall campaign: 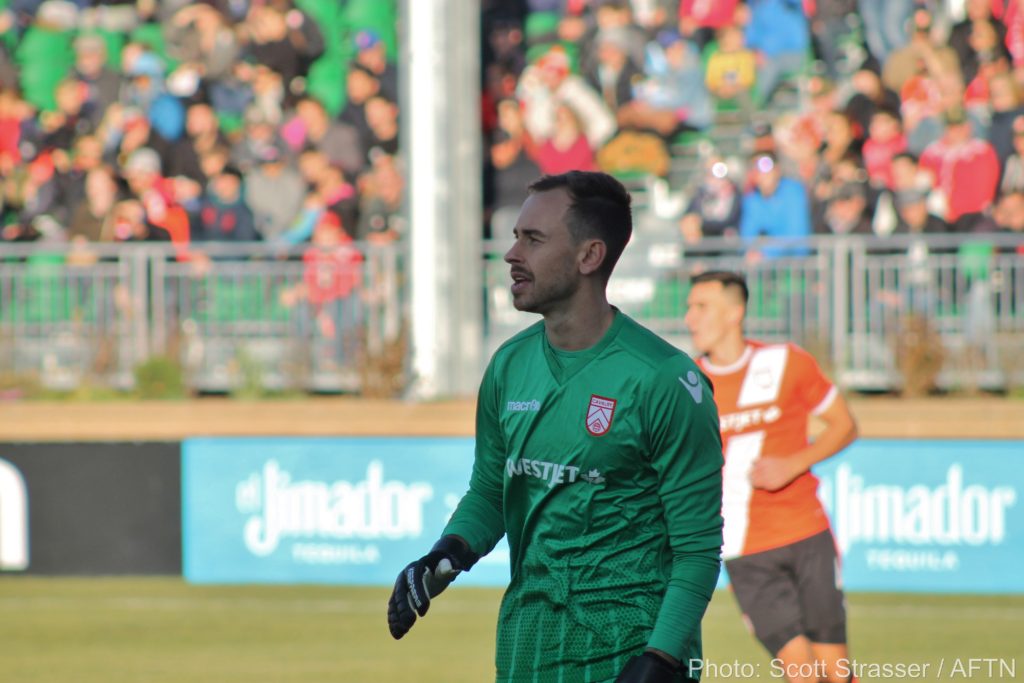 Cavalry’s back-up goalkeeper played just one CPL game in the spring season, as well as four fixtures in the opening two rounds of the club’s Canadian Championship run. In those five matches, he made 15 saves, allowed six goals and earned one clean sheet.

His statistics in the fall campaign have certainly been more impressive. He’s played four games during the fall season, saved 17 shots, conceded just one goal and recorded three clean sheets.

Away from the numbers, (hey, that’s the name of this blog!) he’s appeared more confident as his minutes between the sticks continue to grow. One match where he truly made his mark was the Sept. 11 Al Classico win against FC Edmonton. He made a match-saving stop in the 70th minute, rushing out of his box to block a shot with his knee from a streaking Tomi Ameobi. He came to the rescue again just before stoppage time, when he dove across his line to palm away a goal-bound free kick from Oumar Diouck that would have tied it up 1-1. “That keeper is a giant,” Wheeldon Jr. said after the match. “Marco is the same – they can be quiet for so long, but when their time is called upon, they make big saves.

“He’s a fantastic keeper and a great professional.”

The other match Giantsopoulos played against FC Edmonton in the fall was the goalless draw on Aug. 16 at Spruce Meadows. He earned a personal-high eight saves in that game, including a close-range block from Edem Mortotsi’s volley in the 29th minute and a save off a low shot from Easton Ongaro that was headed towards the bottom corner in the 85th.

Considering Carducci is, in my opinion, the best ‘keeper in the CPL, it’s been difficult for Giantsopoulos to fight for significant playing time. But the quality was evident in his nine games this season, and I don’t think Cavalry fans are ever concerned when they see him in the starting 11. 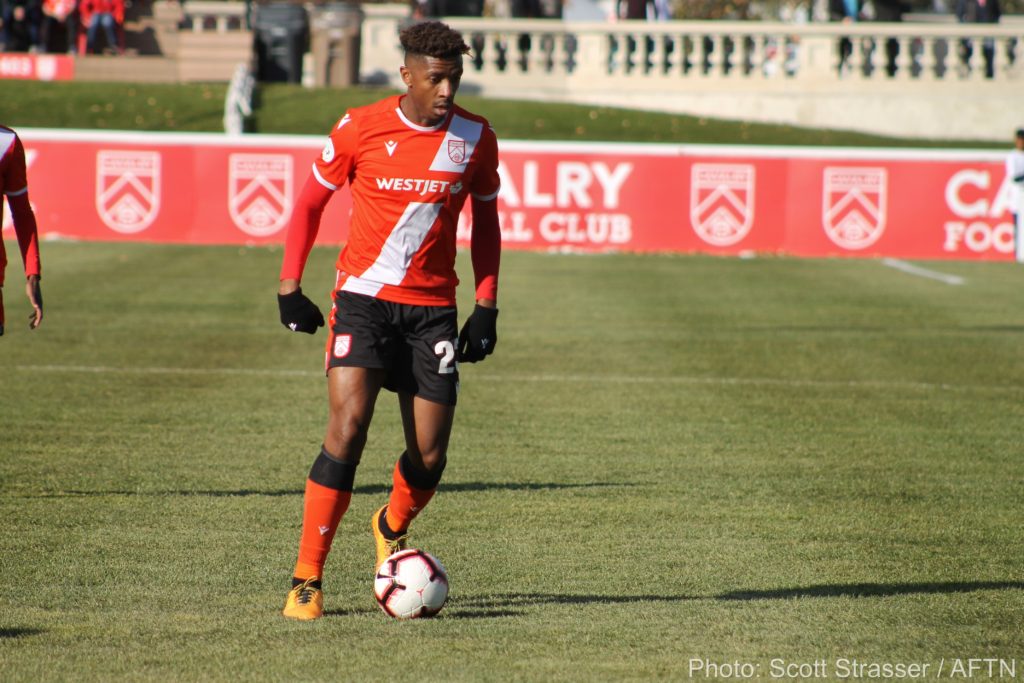 In the eyes of some Cavalry fans I know, Dominique Malonga was one of the club’s most polarizing players in the spring season, due to his lack of work-rate at times, and his propensity for missing the occasional sitter.

I think he has silenced those critics’ doubts.

He took more than half a dozen games to record his first Cavalry goals, when he scored a brace against HFX Wanderers in a 2-0 win on May 25. After that, the Congolese international seemed to find his form, side-footing the 96th-minute, game-tying penalty kick against Forge FC in the next Canadian Championship match and scoring against Forge again in the return leg at Spruce Meadows. He capped off his goals total for the spring with a looping, long-distance strike into the top corner against York9 on June 26, to finish the spring season with five goals.

After a strong finish to the spring campaign, Malonga has been even more prolific in the fall session. The 31-year-old has scored eight goals in the fall, including a handful of important match-winners, such as the 85th-minute redirect against Forge on Oct. 9.

He has a knack for scoring in bunches – on four occasions this year, he registered two goals in a game. He also should have had a few hat tricks, but twice had goals wrongly called back for offside.

With three games left in the inaugural season (including both legs of the Championship game) and 11 CPL goals to his name, Malonga is in contention for the league’s golden boot award. He is currently just one goal behind Forge’s Tristan Borges, but has a game in hand. Pacific’s Terran Campbell is also on 11. 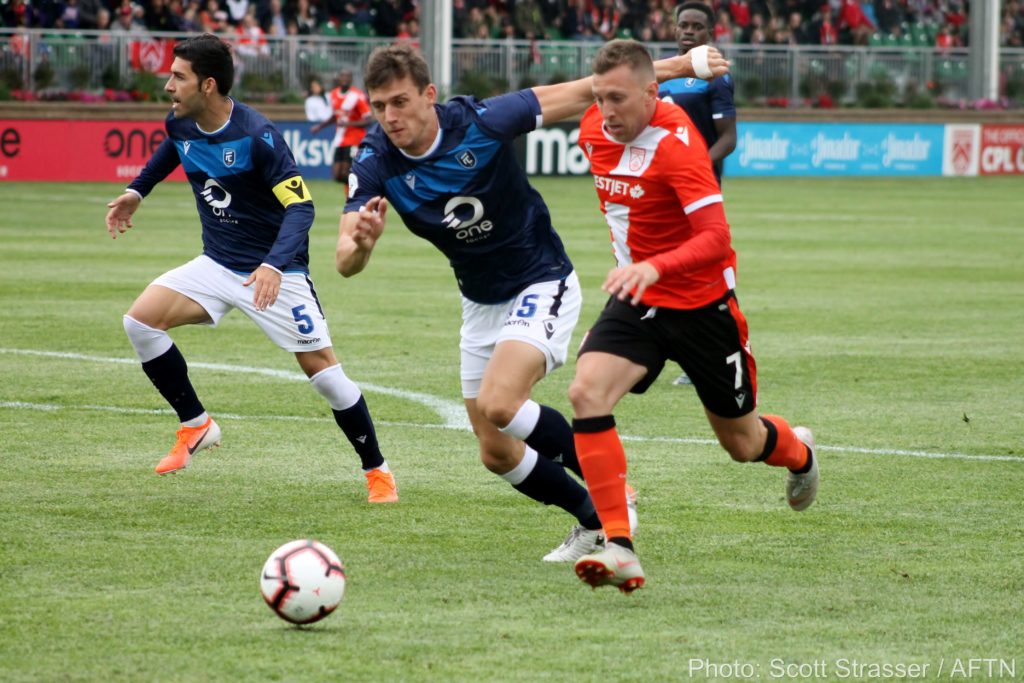 Other than Campbell and FC Edmonton striker Easton Ongaro, Oliver Minatel might be the CPL’s most rejuvenated player of the fall season. With six goals and an assist during the fall campaign, he’s been one of Cavalry’s most productive attacking players in recent months.

The spring season didn’t go nearly as smoothly for the 27-year-old Brazilian attacking midfielder. Just minutes after scoring his first goal for Cavalry with a diving header during the Canadian Championship opener against Pacific FC, he injured his calf, which put him out of contention for several games.

It was during this injury layoff that Sergio Camargo emerged as Cavalry’s main starter in the attacking midfield. By the time Minatel was back to full fitness, his playing-time was reserved mainly to brief appearances off the bench. It was telling that he only recorded 139 minutes in the spring season, spread across five games, while his diving header against Pacific marked his only goal.

But he has been completely reinvigorated in the fall season. His second goal in Cavalry colours came on July 13, when he scored in the 85th minute against HFX Wanderers. That goal proved to be the winner, and it would mark the catalyst for Minatel’s productive run of fall-season form.

Two weeks later, he scored Cavalry’s lone strike in a 1-1 draw against Valour FC on July 27 in Winnipeg, before knocking in a sliding tap-in at the back post off of a corner kick to draw Cavalry level with Pacific FC in a 1-1 draw on Aug. 28.

His first brace for Cavalry was in the team’s record-setting 8-0 rout of Valour FC in the following match. He scored his second header for the club off a beautifully struck cross from José Escalante in the 59th minute, and tallied his second of the match in the 86th minute, connecting with an in-swinging cross from Julian Büscher and dinking his shot over Tyson Farago into the Valour net.

Minatel’s next goal came in another one-sided outing for Cavalry. On Sept. 22, in the club’s 4-1 win over Pacific FC, he connected with another cross to put Cavalry 2-1 up. With yet another goal originating from a ball into the box, Calgary media and CPL writers started referring to Minatel as the “Brazilian Ghost” for the way he would flash into the box and poach a goal.

As if a self-fulfilling prophecy, the Brazilian Ghost did it again against Valour FC in Cavalry’s 4-1 win on Oct. 2. Minatel scored the winning goal with a close-range header off a cross from Büscher in the 85th minute.

“[Minatel] has been exceptional,” Wheeldon Jr. said following that game. “We felt for him, because he got an innocuous injury in preseason and when you miss preseason, you’re behind the eight ball. Then he scored a great header against Pacific in the Canadian Championship, before getting another knock, on his calf. It put him out of the team.

“He was an exceptional pro, kept training hard, and when his time came, [he was ready]. We saw him score the winning goal against Halifax, and that was the start of good things to come.”

“That’s the main thing,” he said. “It was a tough start for me. I had to try to prepare so that when I had the chance, I did well. I’ve treated every game like the final of the World Cup, because I had to survive in the team. I just want to keep doing the same.”

Considering Minatel’s strong run of form, and the recent return of Camargo from injury, it will be interesting to see who gets the nod as Cavalry’s starting attacking-midfielder for the CPL finals.