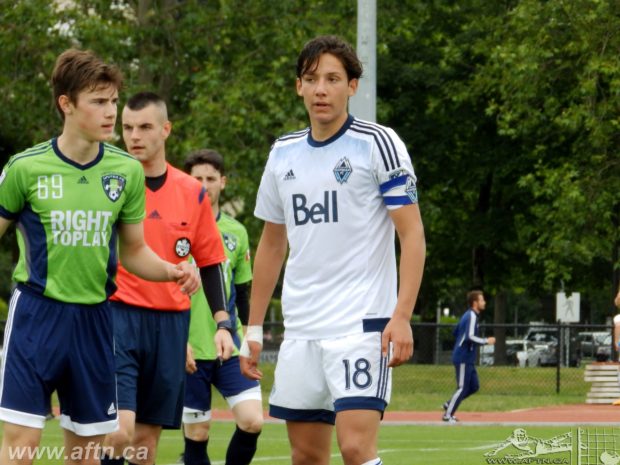 Most old time Vancouver Whitecaps and Canadian National team supporters know the name David Norman. They would be talking about the current TSN 1040 Whitecaps colour man David Norman Sr, but to the newer supporters who have followed the Whitecaps Residency the past few seasons, they have been watching and following the up and coming career of David Norman Jr.

Norman is one of the longest serving current players at any levels of the ‘Caps, having joined the Whitecaps FC prospects program at the age of 8-years-old in 2007. It has been an eight year journey that has led him from the prospects program to the current U18 team, and will take him down the I5 to Oregon State University next fall.

When you have a famous footballing father, some supporters will judge you on your last name and not your merit or playing ability on the pitch. Having watched a good number of games played by Norman since I started writing at AFTN, I can honestly say that couldn’t be lesser of the truth. He has shown time and again that he is a leader on and off the pitch. A player who can show up for big games when called upon and has a bright footballing future ahead of him.

Norman has been involved in some tough quarter-final playoff losses with the U16s the past two seasons, but this could be the year where the Whitecaps U18 and U16 teams are poised to make a run at the USSDA championship. Before he hopefully brings a Residency championship to Vancouver, we took time during AFTN Residency Week to sit down with David Norman Jr for our latest “Ten Count”…

AFTN: You have been involved with the ‘Caps since 2007 with the Whitecaps FC prospects. What have been your high points and low points of your Whitecaps career in that time?

DN: Over the past eight years, I have had many great moments wearing the blue and white. The one that stands out to me was our home quarter-final match last year in the USSDA playoffs against Georgia United. It was fantastic to host a playoff game up at SFU with great support from many Whitecaps fans, and first team staff and players. I would also have to consider that game my low point as we lost in penalty kicks. It was a tough pill to swallow knowing how close we came to making the finals week in LA.

In 2011 you had a chance to with train the academy for Bundesliga 1 side FSV Mainz 05, what did you learn from that opportunity that has helped you become a better player?

I was able to go on three trips to Mainz for training stints and think I have benefited from those. I learned a lot from training with players and coaches from a different country. In particular, the biggest difference between the players overseas and in North America was their mentality. It taught me to be a professional at a young age, both on and off the field.

You have had a few opportunities to wear the red and white of Canada at international level, what have those chances meant to you?

Playing games for your national team is a special feeling and one I am very proud of. It has been great to play in those international matches and represent Canada. Being involved in these games is a great learning experience on what it takes to get to the next level.

Your father is a Whitecaps legend from back in the day, is there any added pressure on you with your dad being around the first team on a weekly basis?

No, I don’t think so. I consider myself lucky to have a father that has played the game at the pro level and knows what it takes to get there. He has helped me a lot in my development over the years but I don’t feel any pressure. Becoming a professional footballer is a goal that I have had for some time now, but I know my father would have supported me no matter what career path I chose.

Who is the most skilled player you have had the chance to play against?

The most skilled player I have played against would be Christian Pulisic. We played the US at a Canada U17 camp in Panama and you could tell Pulisic was going to be a top player. He was very good on the ball and had the ability to change a game with a pass or a dribble. He has obviously continued to do well with his quick rise at Borussia Dortmund and the US National Team. 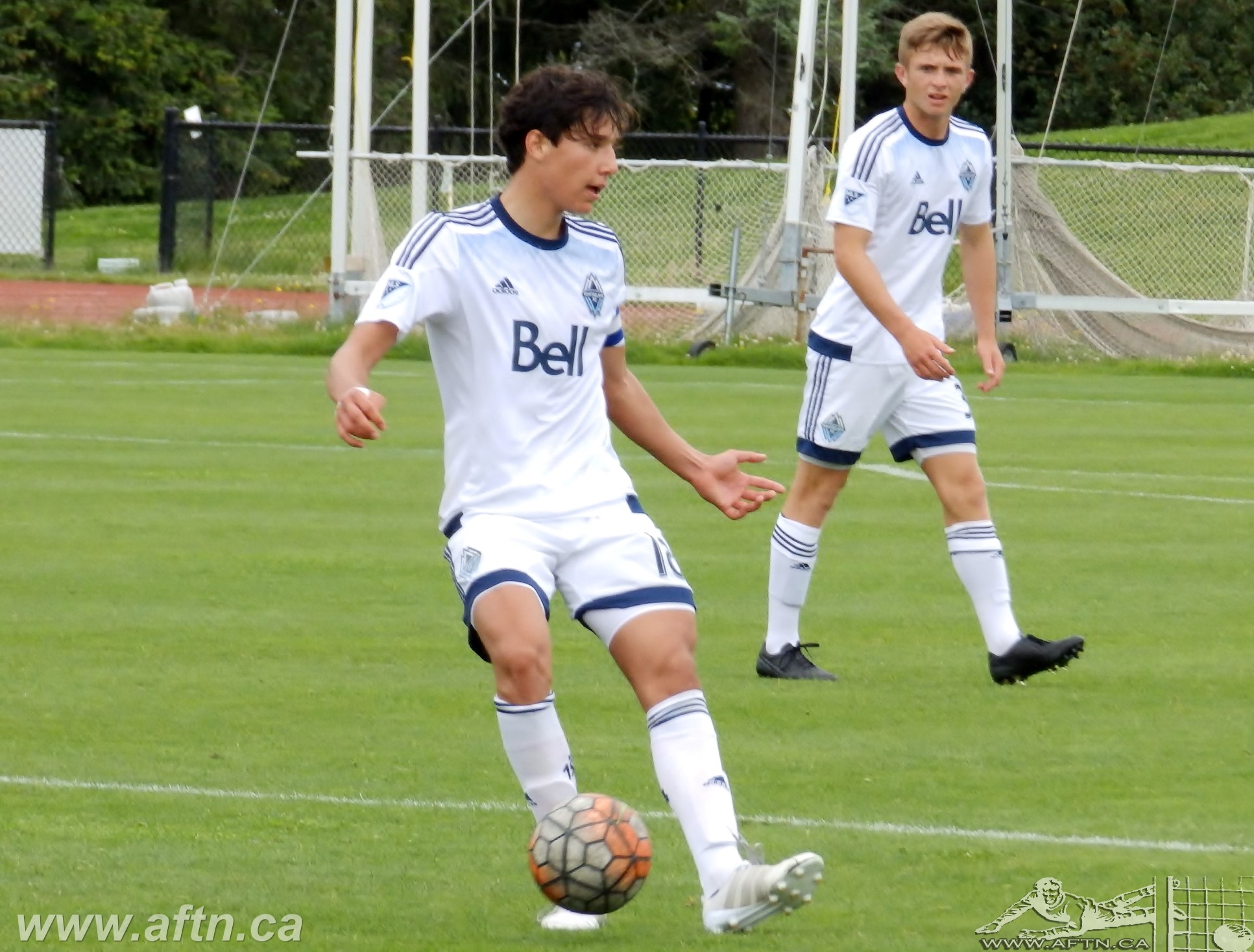 Who would you say is the most skilled player you have had as a teammate?

It would have to be Thomas Gardner. He is a great player with fantastic dribbling skills and an eye for goal. Tommy has just what you want in an attacking midfielder. I have enjoyed playing with him over the last eight years and sharing memories with him off the field.

You are a huge Glasgow Rangers fan, how excited were you when the Whitecaps brought in Fraser Aird this season?

My dad’s side of the family moved to Vancouver from Glasgow, so growing up I always followed Rangers. I remember when I was young boy going to the Vancouver Supporters Club to watch the games and going to Scotland to catch an Old Firm match. When Fraser Aird starting coming through the ranks at Rangers I was excited a Canadian was doing so well. He even went on to win the Young Player of the year in 2014. So I was delighted Whitecaps brought him in on loan this year and has proven a great addition to the side.

The past few seasons, the Residency have seen a lot of success on the pitch in the regular season but fall short in the USSDA playoffs. What do you guys need to do this season to make this playoff push a success?

The last two years we made it to the quarterfinals (U16s) which is a great achievement to be one of the top eight youth teams in the US and Canada. It was still disappointing to go out two years in a row at that stage, but this year we have a strong group that will push to make this the most successful year. We (the U18s) have had a great season, only losing one game, and the belief that we can beat any team in the USSDA.

With some of your teammates getting USL deals (Matthew Baldisimo, Terran Campbell, Kadin Chung, Alphonso Davies and Tommy Gardner), what would it mean to you to get a call up to Whitecaps 2?

It has been fantastic to see them doing so well as they’re all hard working players that deserve it. I had a tough decision to make this past spring with an option to sign a USL deal, but I felt that the college route was a good decision for my development at this time. I look forward to joining a very good program at Oregon State next fall. I have been training with the USL most of the year and look forward to working with the Whitecaps to continue my development and hopefully be back with the Whitecaps in a couple years time.

Where do you see yourself in five years, both on the pitch and off it?

In five years I see myself becoming an established first team player either at the Whitecaps or another club elsewhere. I feel like I have the right pathway ahead of me to do that and I need to continue to work hard to make that happen.

Thanks to David for taking time to chat with AFTN. Make sure you give him a follow on Twitter – @DavidNormanJr. 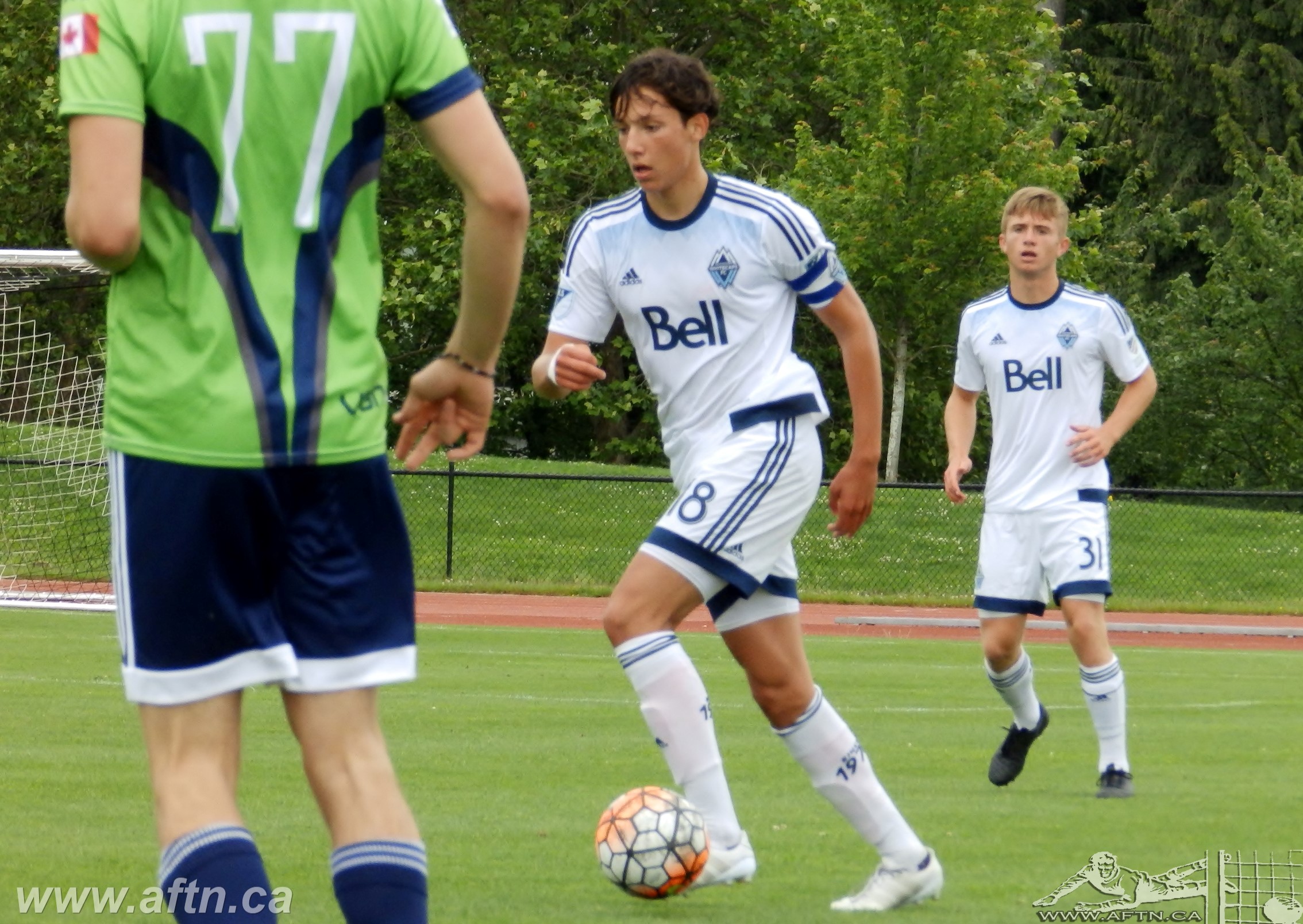